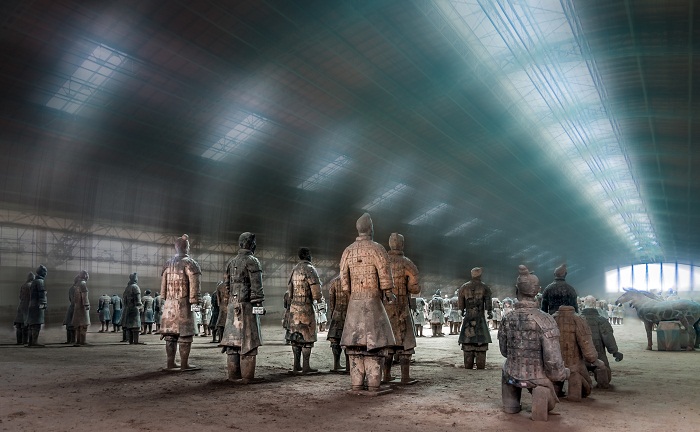 The Terracotta Army is a collection of terracotta sculptures which are depicting the armies of the first Emperor of China, Qin Shi Huang, located in Shaanxi Province, in People’s Republic of China. 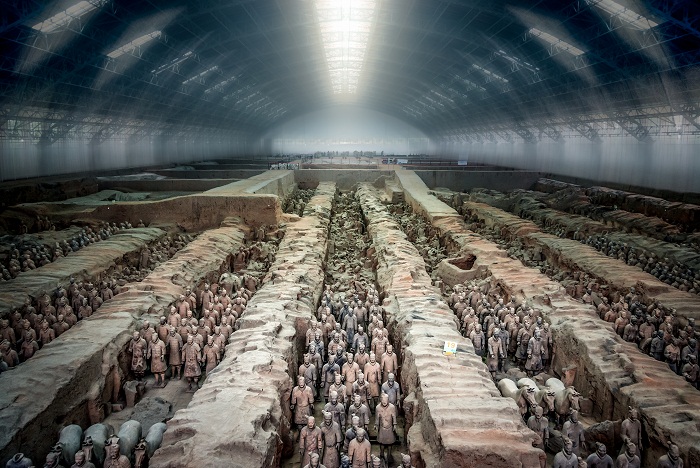 As one of the most important excavations of the 20th century, there is still work ongoing at the site, 11 years were needed for the site to be completed. The Terracotta Army was discovered in 1974 from workers who have been digging a well outside the city of Xian, who after the discovery immediately informed the Chinese Government, which later discovered not just one, but thousands of clay soldiers.

Each of the Terracotta Army soldiers are with unique facial expressions and positioned according to their rank in the army. Further excavations have revealed swords, arrow tips, and other weapons, many in pristine condition. There are some estimates that more than 8,000 soldiers, 130 chariots with 520 horses, and 150 cavalry horses have been found, who were supposed to protect the Emperor in his afterlife.

As a part of a much larger necropolis, there are several pits in which terracotta army soldiers have been excavated. All of them are life-sized that vary in height, uniform, and hairstyle, painted with bright pigments, variously coloured pink, red, green, blue, black, brown, white and lilac. 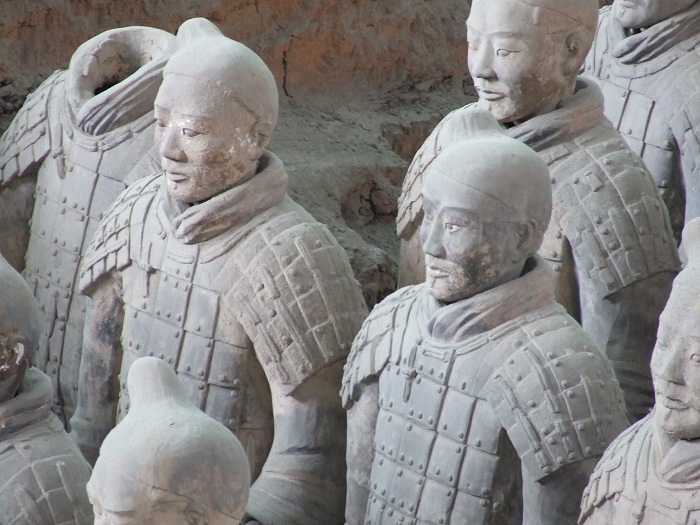 The coloured lacquer finish and individual facial features would have given the figures a realistic feel. However, much of the colour coating had flaked off or become greatly faded. 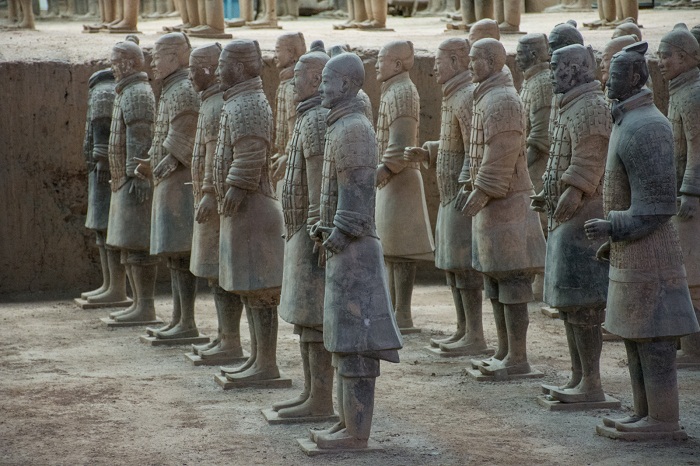 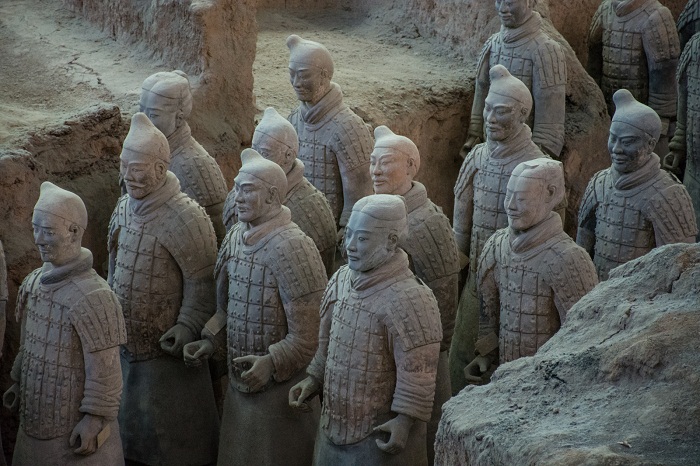 As one of the most sensational archaeological findings of all times, it has put Xian on the tourist map, and also on the UNESCO World Heritage List (since 1987). Everyone visiting mainland China, definitely should pay a visit to this alluring, very attractive place. 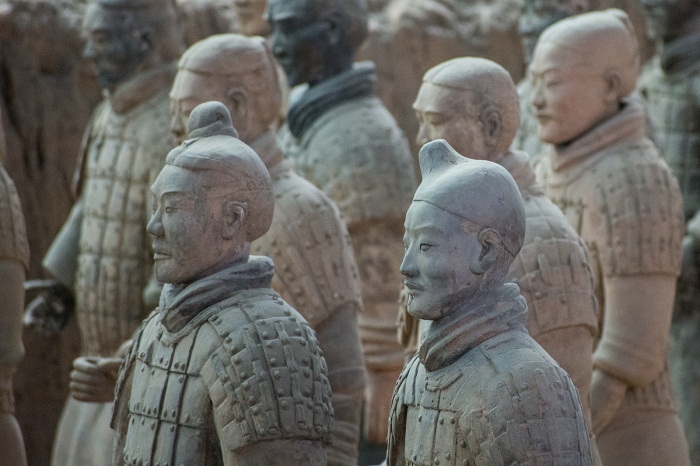 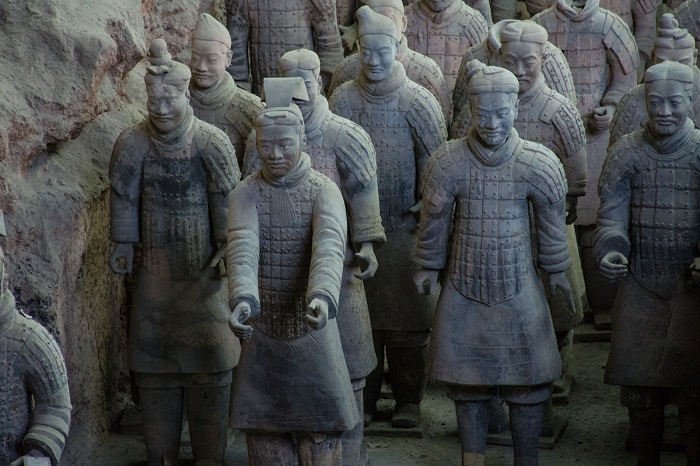 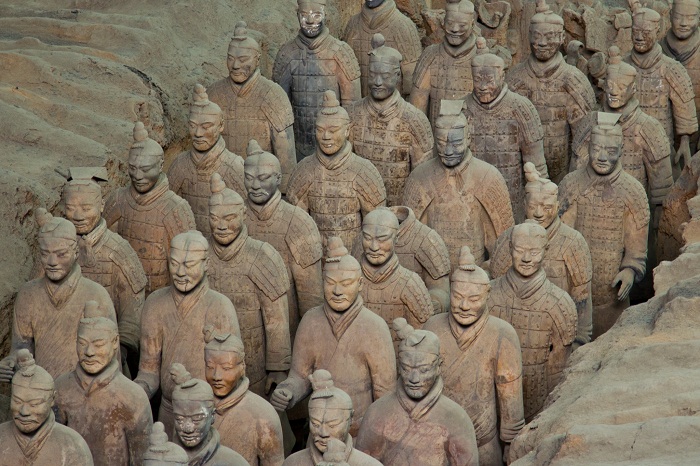 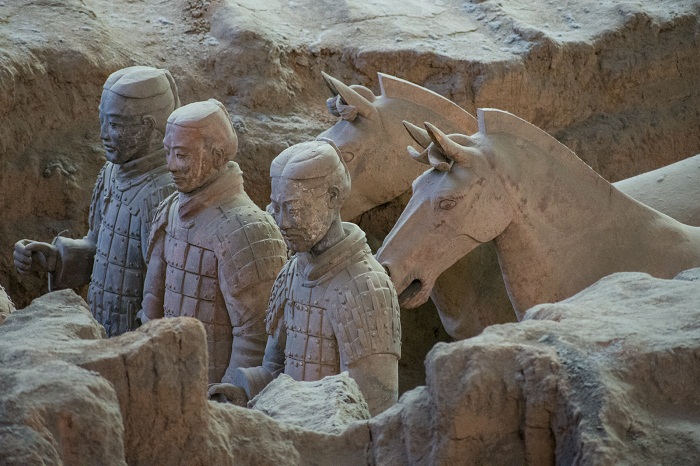 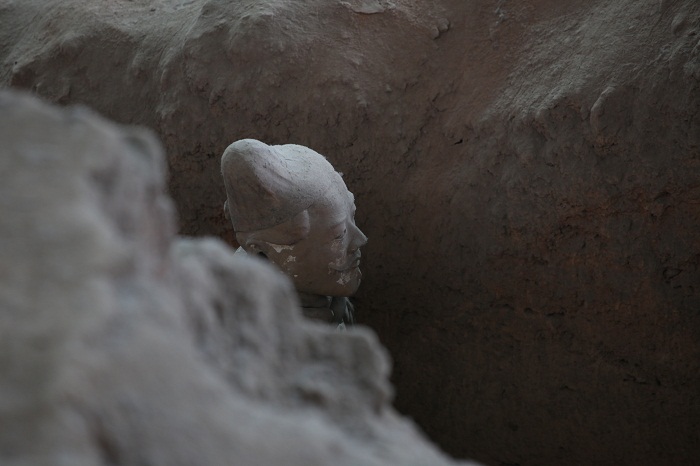 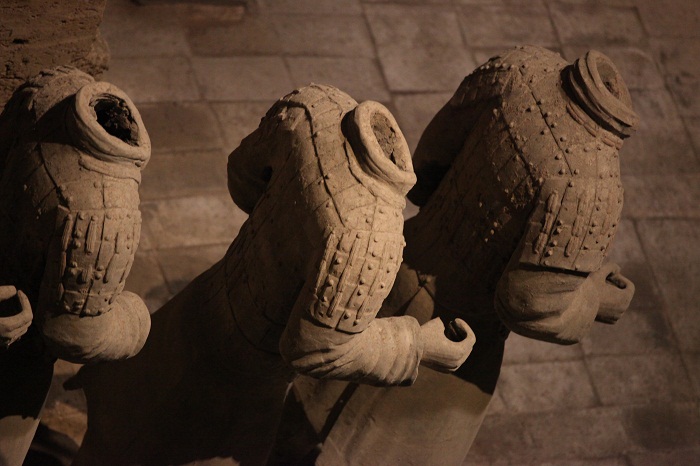 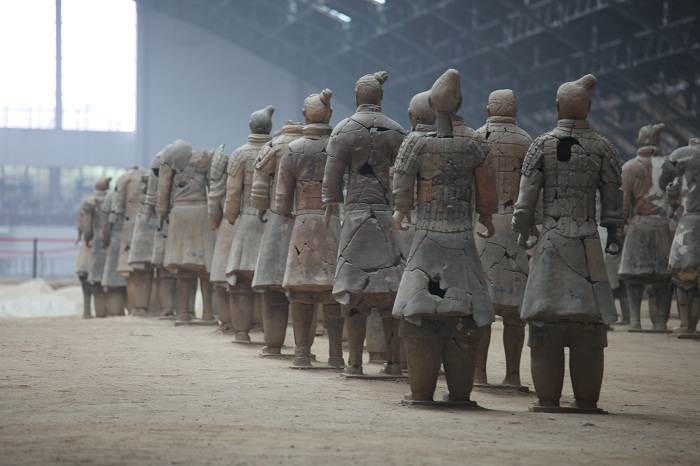