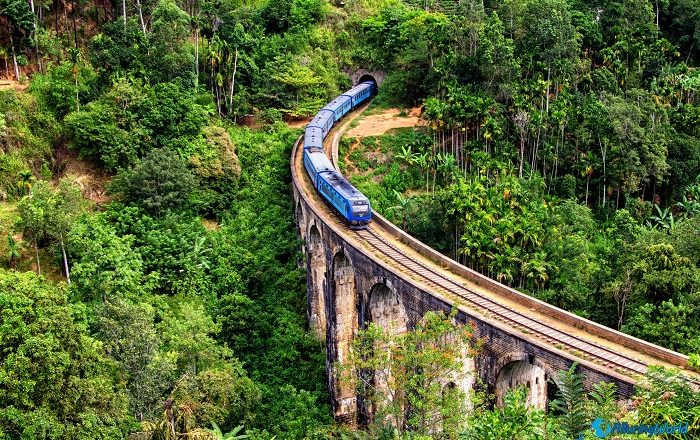 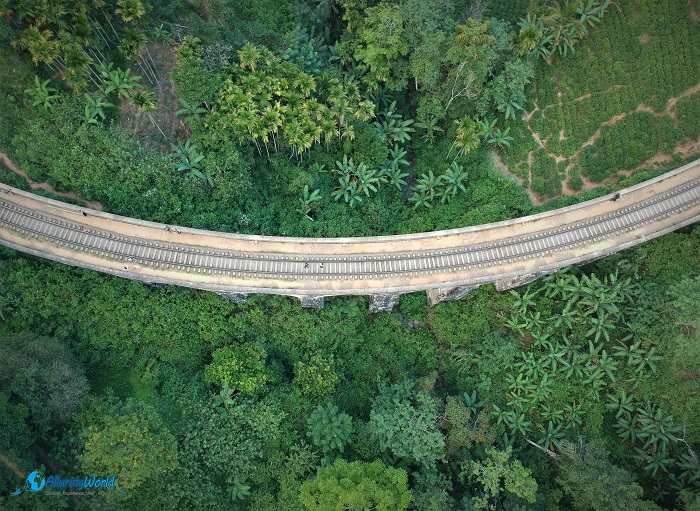 As the bridge is located in the vicinity of the small town of Demodara, it is more precisely surrounded by thick jungle and tea plantations giving it the spectacular look that slowly and surely makes it famous worldwide. The total length of the Nine Arch Bridge is 91 meters (300 feet) with a width of 8 meters (25 feet). 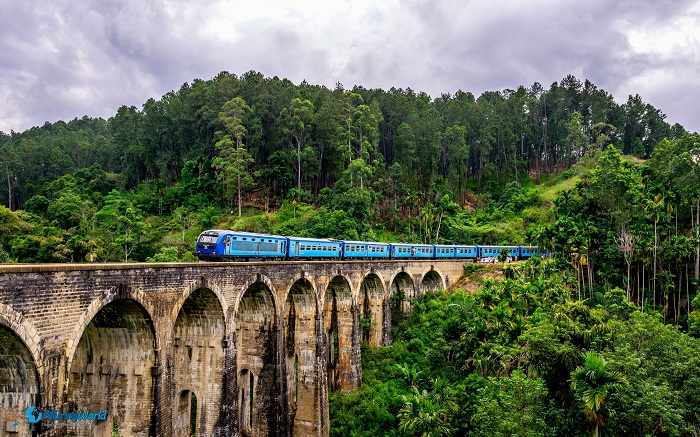 The height is different at each end of the bridge, with the highest part is measured at 24 meters (80 feet), and it has exactly nine arches, thus the name Nine Arch Bridge. 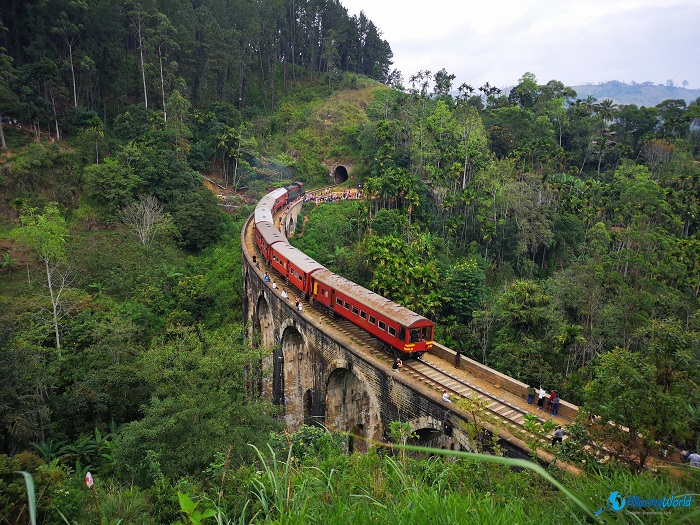 Most of the time, the construction of this superb architectural piece in the country hills is attributed to the local Ceylonese builder, P. K. Appuhami who was in constant consultation with some British engineers, but the chief designer and project manager of the railway line was the famous Ceylonese engineer and inventor, D. J. Wimalasurendra. 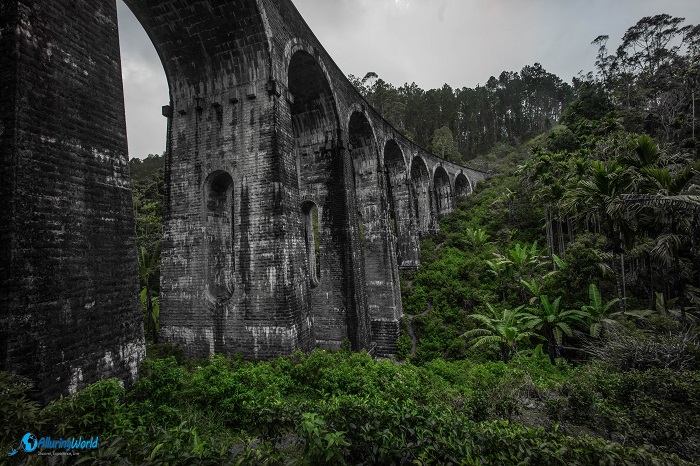 When the bridge began being constructed, there were some hurdles along the way, nonetheless, Appuhami used methods of construction that proved to be so intuitive and cost effective that allowed him to finish the project within the planned budget. 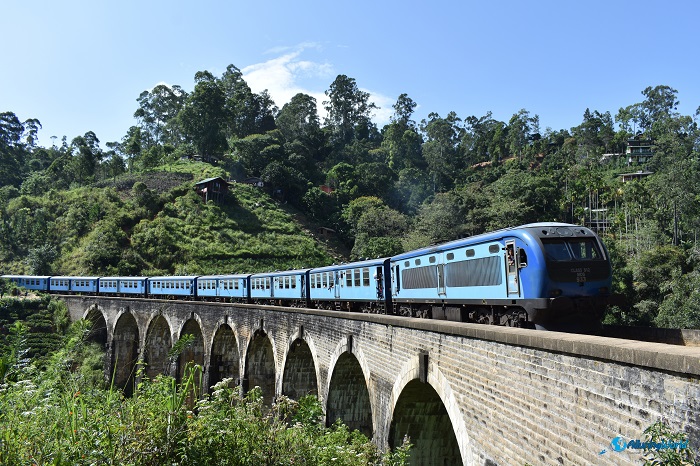 The material that was used to build it was simply stone, bricks and cement, due to the beginning of the First World War that made the entire steel which was planned to be put in the bridge’s construction, to be relocated to Britain’s war related projects. 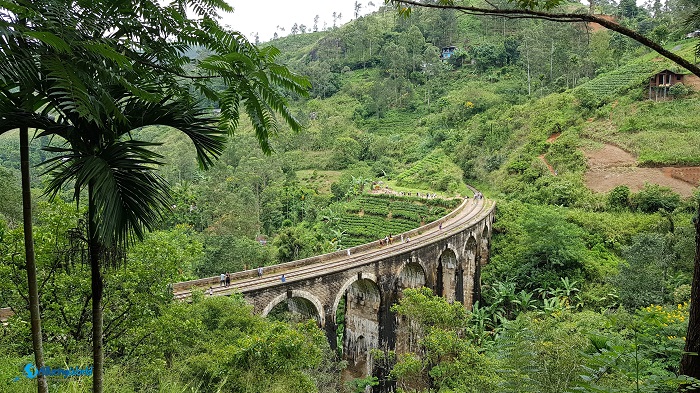 The Ceylonese builders were left on their own to construct this magnificent connection line and left the British in awe as they did not believe that the “savages” would be able to finish this type of project so easily. 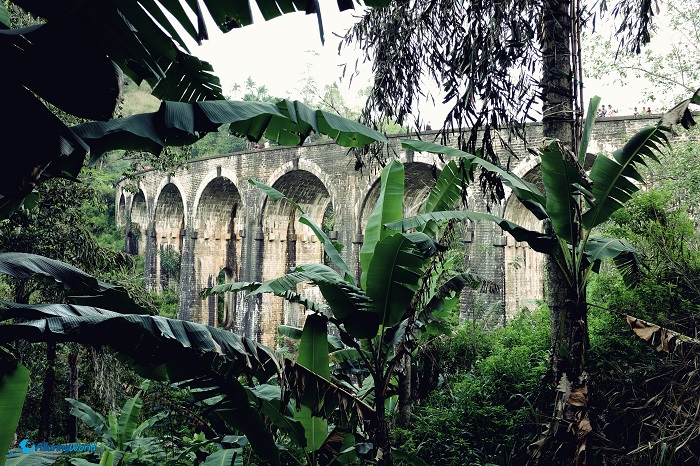 They also did not believe that the structural integrity would be able to hold the weight of the trains when they pass the bridge, so Appuhami was in some way forced to be under the bridge when the first train would pass. He proudly stood under the Nine Arch Bridge and proved to everyone who disbelieved in his marvel, that the Nine Arch Bridge would definitely be holding the weight of the trains that would pass here for more than 100 years. 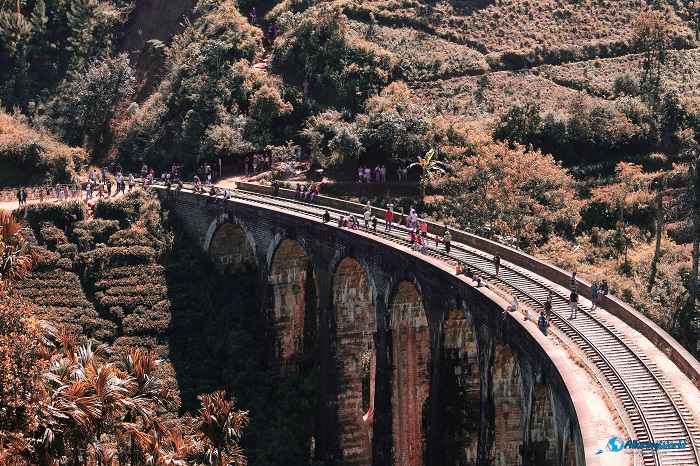 Today, the bridge with its nine graceful arches and solid construction is a mesmerizing sight that should be seen whenever in the small island nation of Sri Lanka, and everyone should be going there especially when the blue train passes because the train’s color contrast with the lush greenery around is something that cannot be seen in other places. 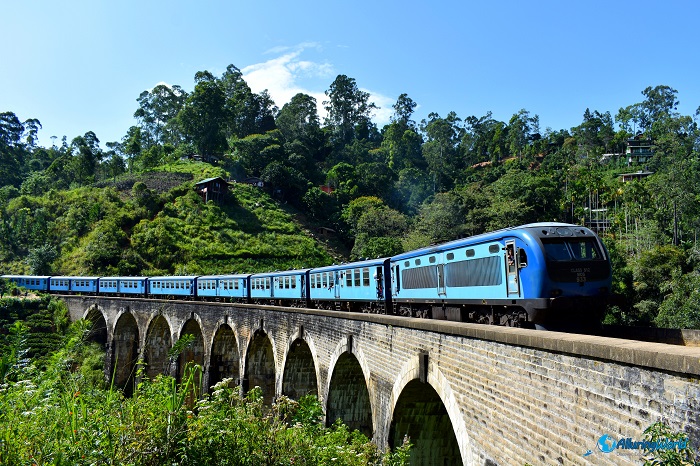 All in all, a historic masterpiece that is entirely built by the Sri Lankan people, who then proudly would say that they built something that would captivate everyone, but at the same time functions magnificently for over a century now. 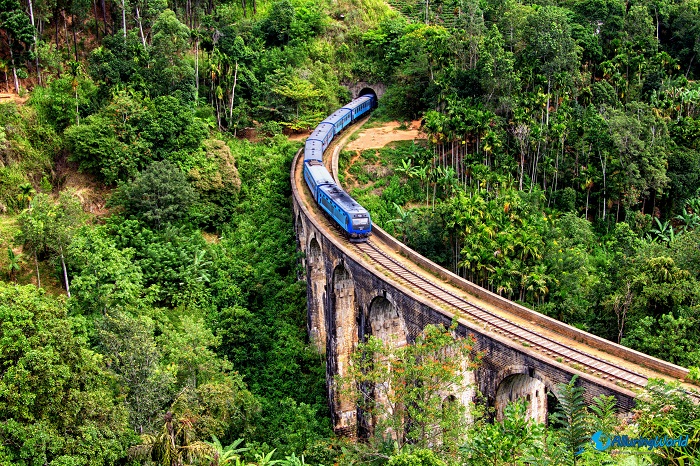