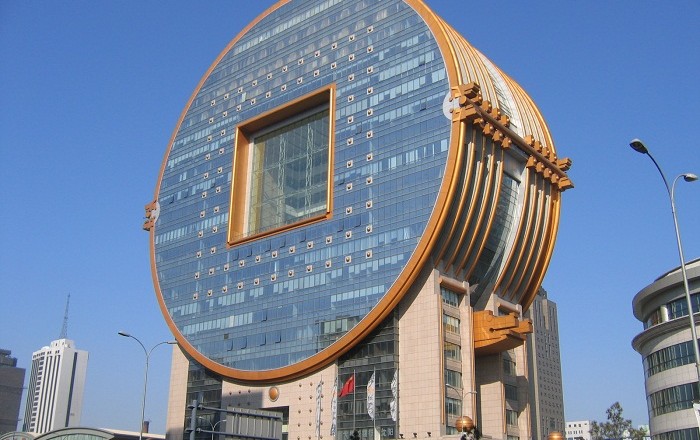 Fang Yuan Building is an office building which design resembles an old Chinese coin, and it is located in the city of Shenyang, the capital of the Shenyang Province in the People’s Republic of China. 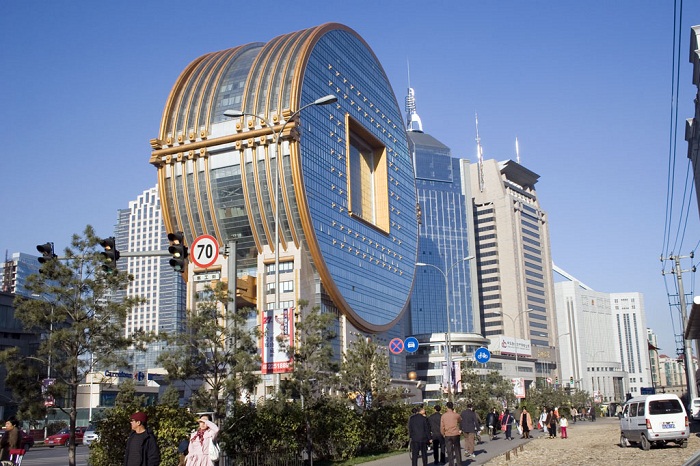 Fang Yuan Building, a 24-storey office block, built in 2001. With a total floor area of about 48,000 square metres (516,668 square feet), it is designed by the Taiwanese architect C.Y.Lee, who has many accomplishments among which the tallest skyscraper in Taiwan, Taipei 101. 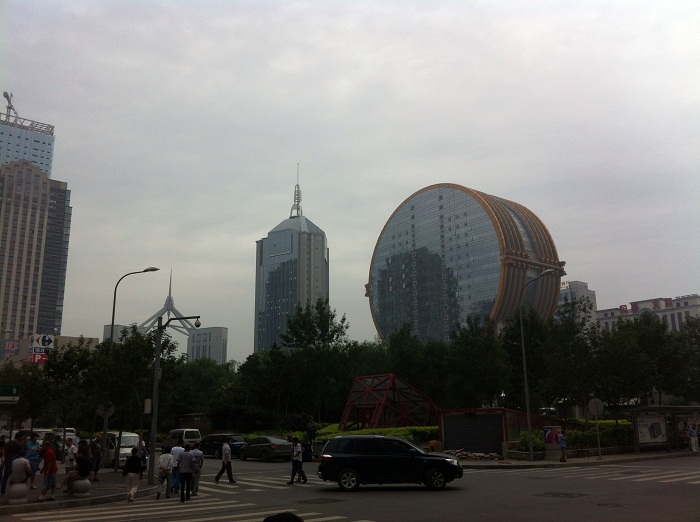 Lee actually wanted to mix the East and the West, creating the old Chinese coin, with steel and concrete, but there is another version which states that the building is illustrating the hope of harmony between the people. The architect Lee always stresses the importance of the shape as he believes that the intrinsic spirit should be expressed clearly and directly through the building form, he gives the Fang Yuan Building a true figurative shape. 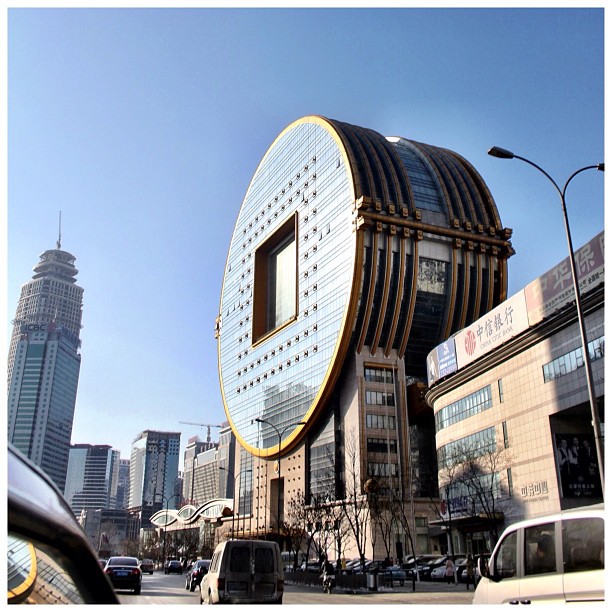 Due to the unusual shape of the building that goes together with the concrete lower level, in 2010 and in 2012 was voted as one of the ugliest buildings in the world. Nonetheless, C.Y.Lee had an intriguing idea, which might not have been transferred into reality very well, yet this building deserves the respect to be called alluring as well, since even the majority dislikes it, there are some people that truly like its design. 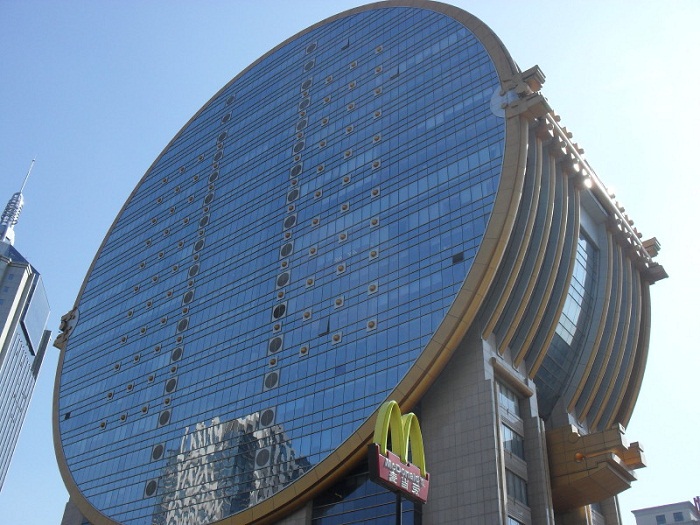 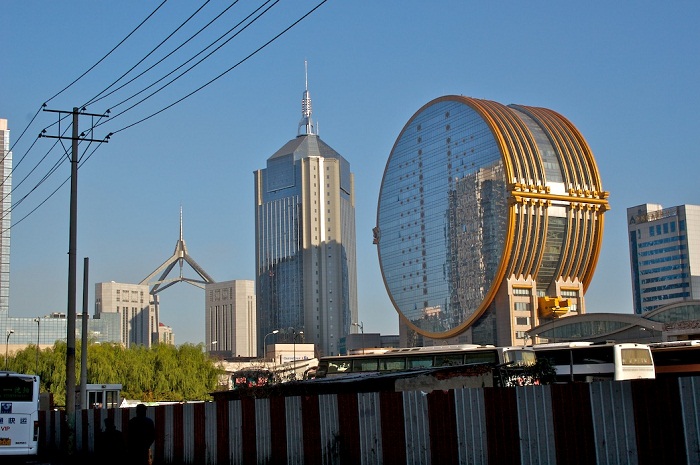 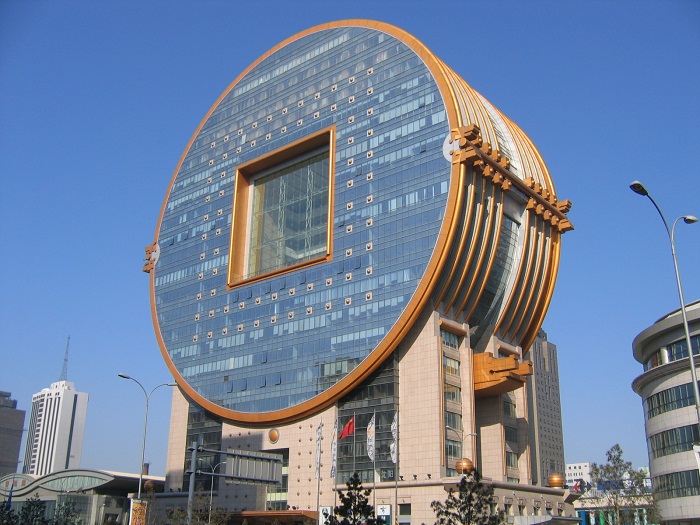 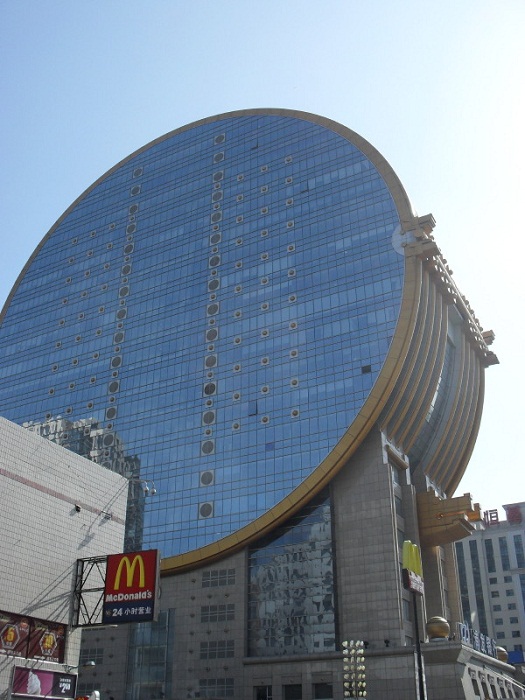 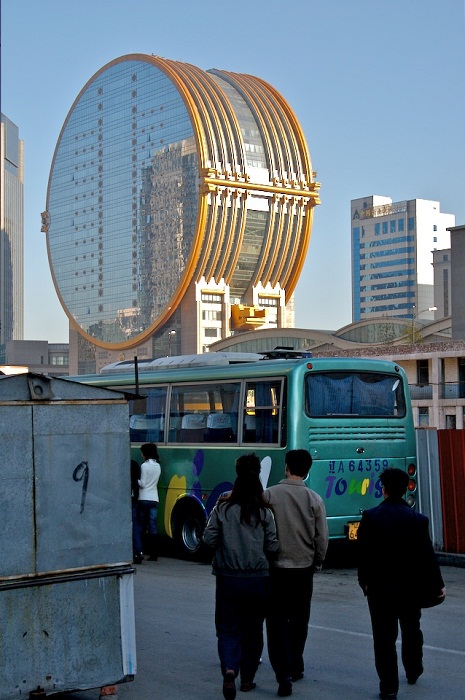