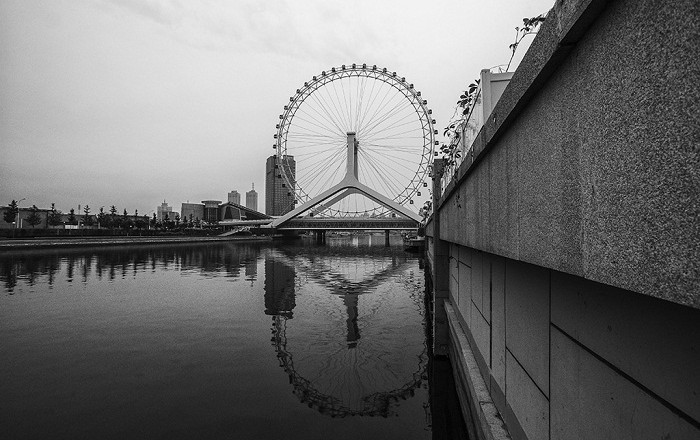 Tianjin Eye is a tall giant Ferris wheel that is located over the Hai River, in the city of Tianjin, the People’s Republic of China. As it is above the Yongle Bridge, the Tianjin Eye has become quite the big landmark of the city, because it is claimed to be the single one that is constructed over a bridge. 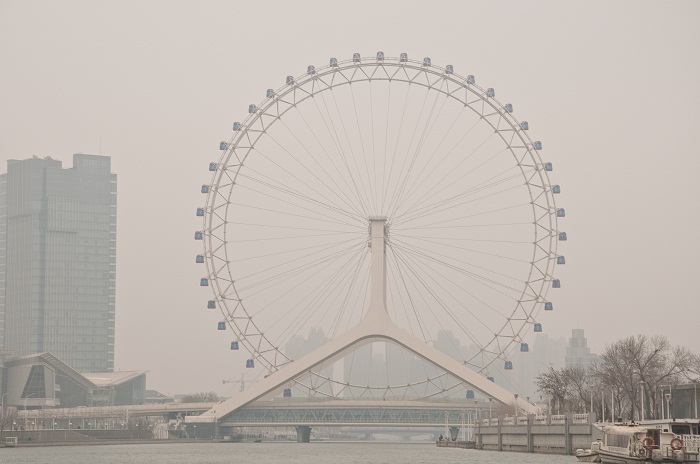 The total height of the Eye is 120 meters (394 feet), with a diameter of 110 meters (361 feet). There are 48 cabins, in which can be accommodated up to 8 passengers, and to make the whole circle, it takes around 30 minutes. The beginning of the construction started in 2007, and amazingly was finished by December the same year. 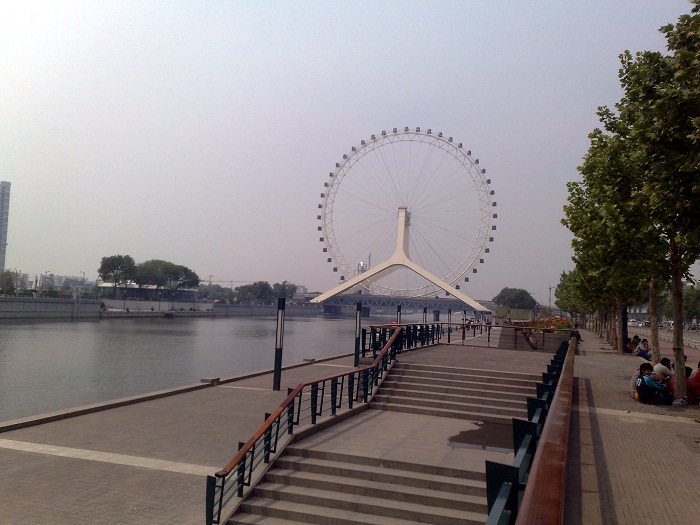 The doors for the first riders opened in April 2008, and what is really interesting is that the people riding the Ferris wheel, unlike anywhere in the world, can wave to the people who are driving their cars on the bridge beneath it. 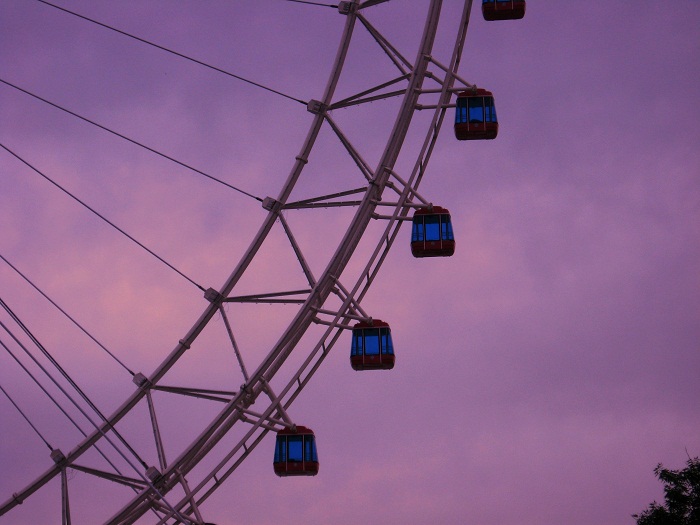 The electrically powered Tianjin Eye is one of the four Ferris wheels in China that have the same dimensions, which even though it does not make it unique in height, but in the completely different experience. 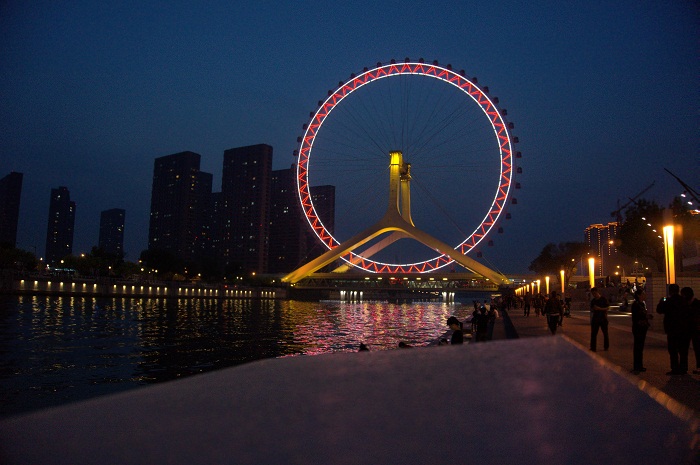 The simple architectural design is somewhat intriguing, and definitely can be distinguished quite easily when seen on a photo. Lit at night in different colors, it offers spectacular views of the bridge, the commuters that are passing the bridge, as well as the mighty Hai River. 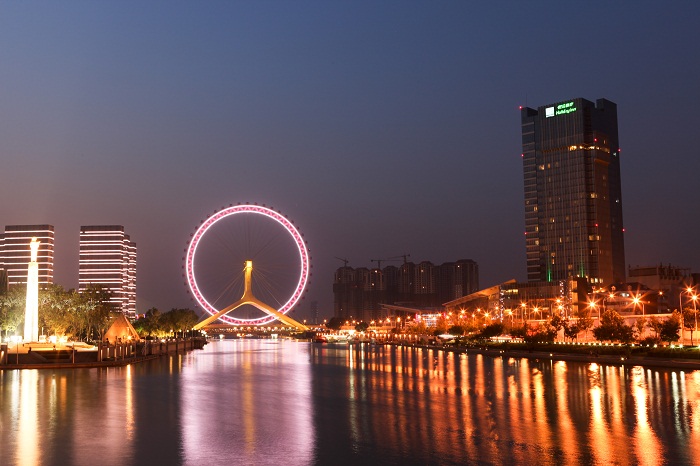 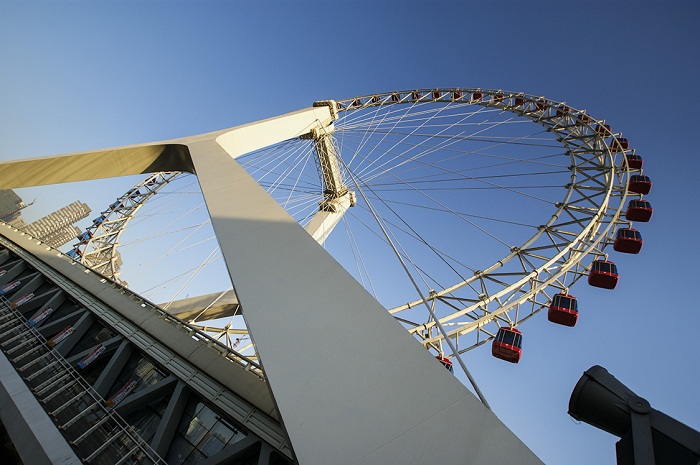 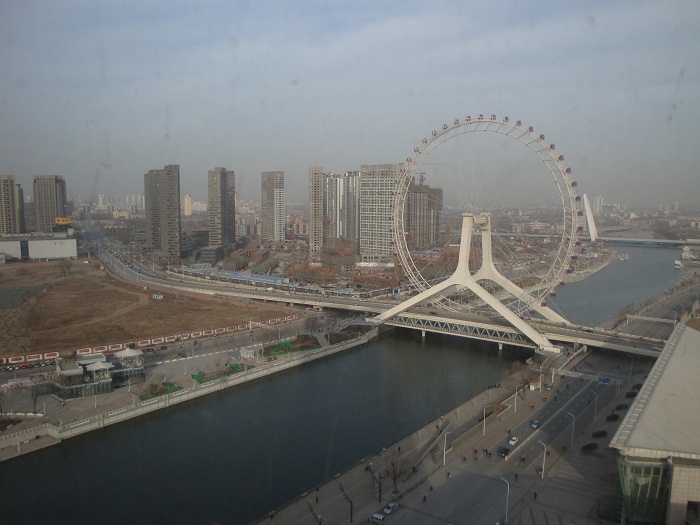 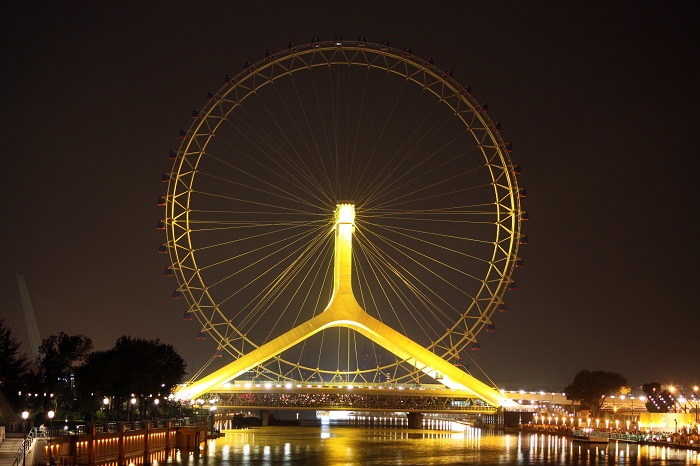 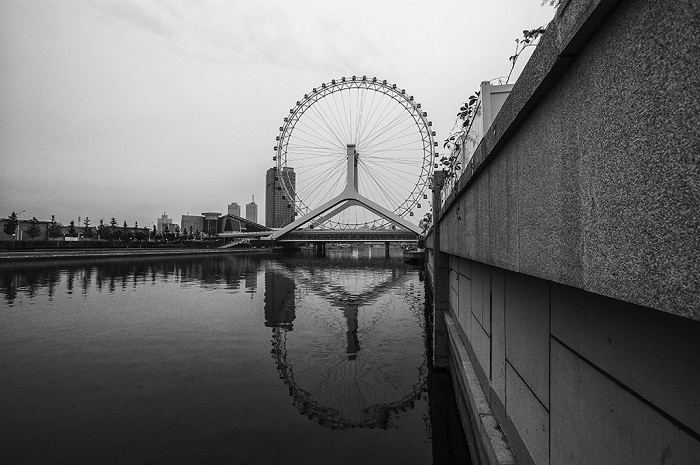 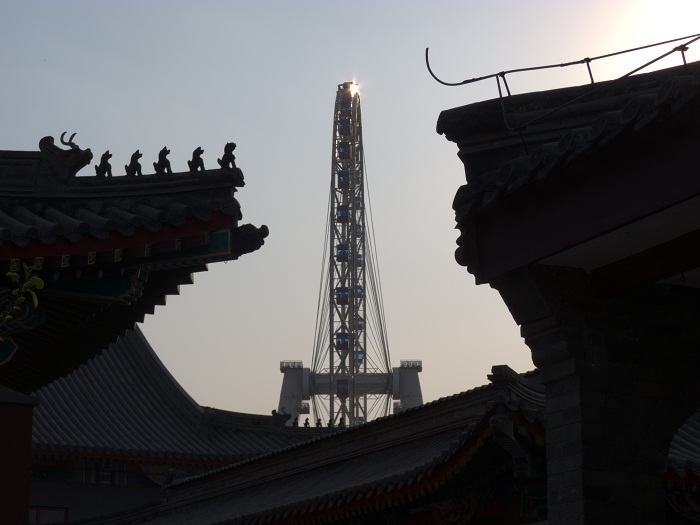