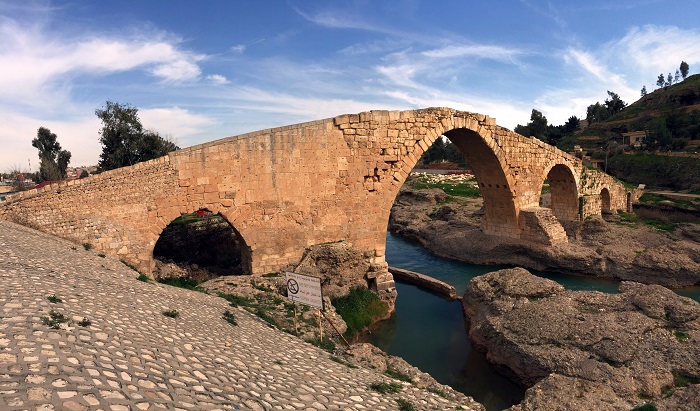 Pira Delal, known as well as Zakho Bridge or Pirdí Delal, is an ancient bridge which is located in the town of Zakho, which is part of the Zakho District of the Dohuk Governorate, in the northwestern part of the Kurdistan Region, within the Republic of Iraq. 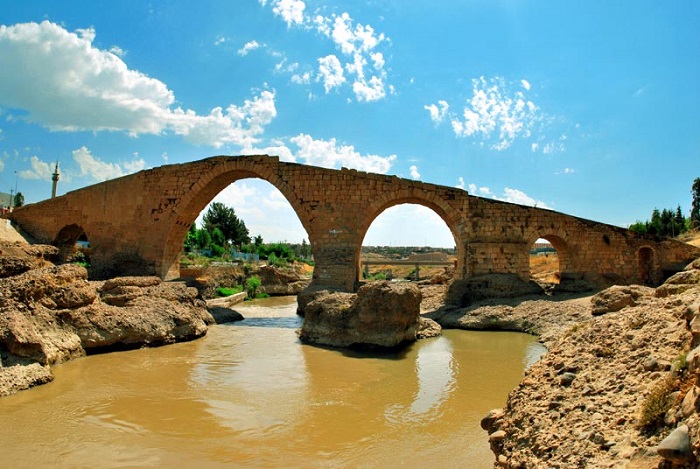 The name is derived from the Kurdish language, where Pir means bridge, while Delal means dear or beautiful. This name is reflected from the view the locals have towards the bridge, even though to some people it does not represent something appealing, nor aesthetically pleasing. 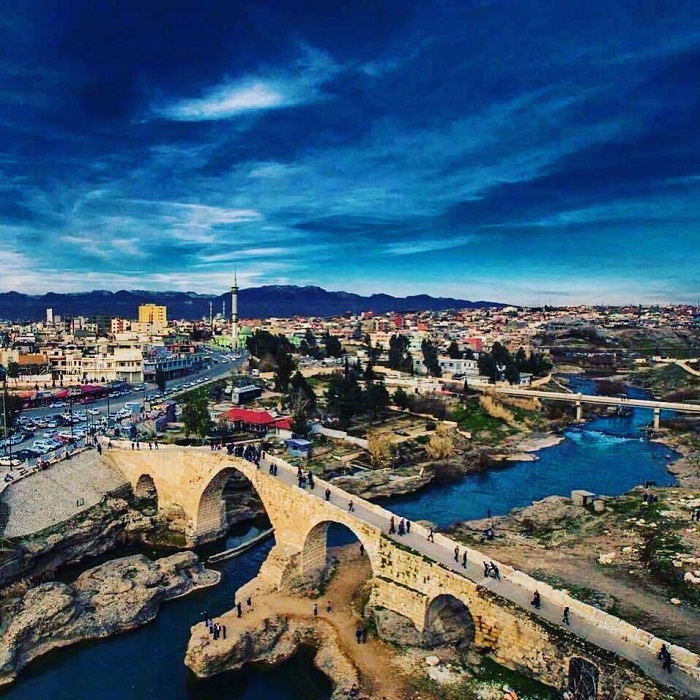 The date of construction is not well known, even though it is believed that it was first built during the Roman era, while the present structure appears to be from a later date, most likely from the time of the third caliphate to succeed the Islamic prophet Muhammad, the Abbasid Caliphate that ruled the area between the years 750 and 1517. 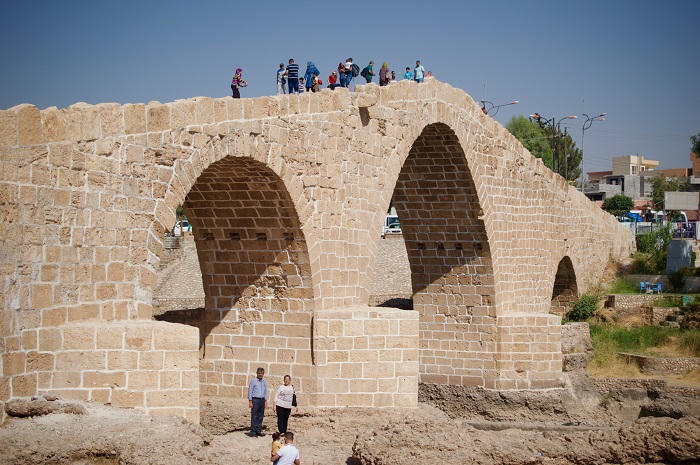 The total length is 115 meters (377 feet), while being 5 meters (16 feet) wide, it spans over the Little Khabur River with its 5 different arches. 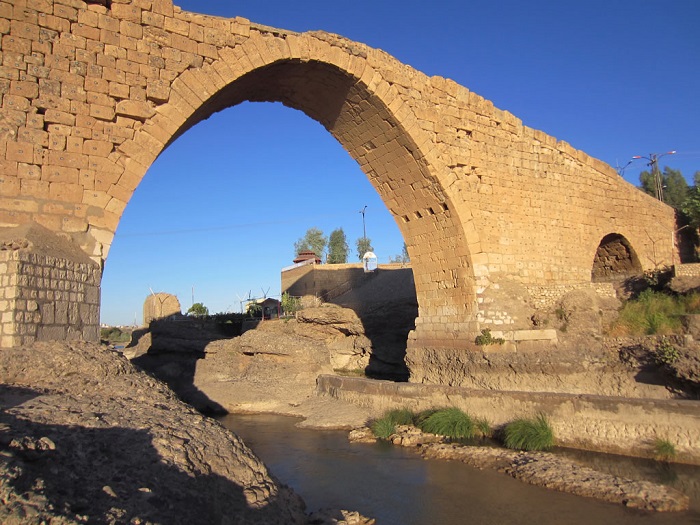 As there are many legends and tales behind the construction of this magnificent piece of architecture, a more accepted one is where a very gifted craftsman built it, and in order not to construct another one as magnificent as this one, his hands were amputated, and even his one of his nieces is buried under the bridge as a sacrificial offering. 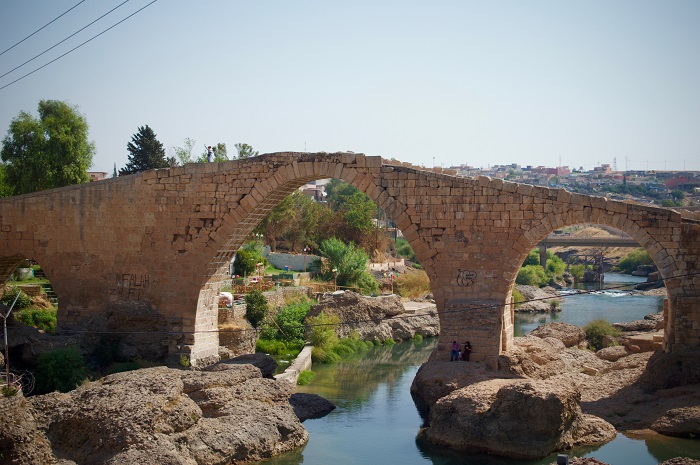 Throughout the history, many other bridges were constructed in Zakho, however, Pira Delal still captivates and allures people to come and cross it, and fair amount of pedestrian, cyclist, and motorcyclist traffic can be seen, while those adventurous enough are diving from the highest point into the tiny pools of Little Khabur River. 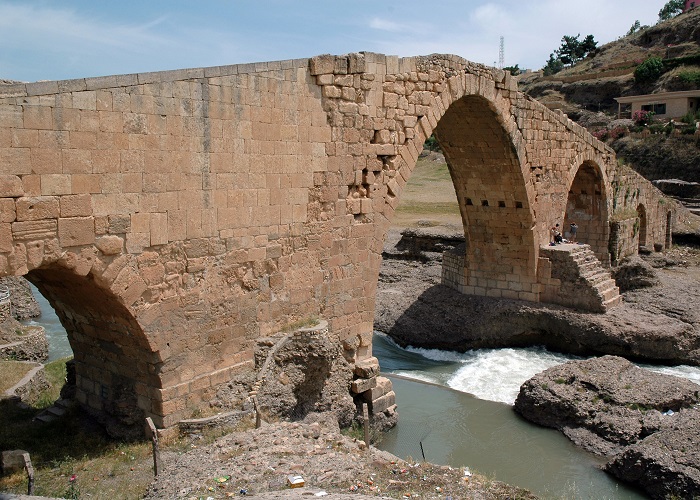 All in all, this carved limestone bridge is something extravagant from the small town in the northern part of Iraq, that has seen a lot of history, and it will most certainly stay here for an even longer historic period. 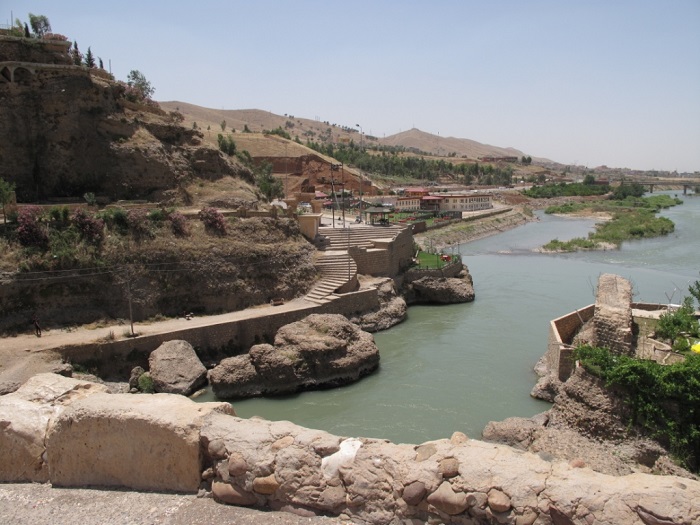