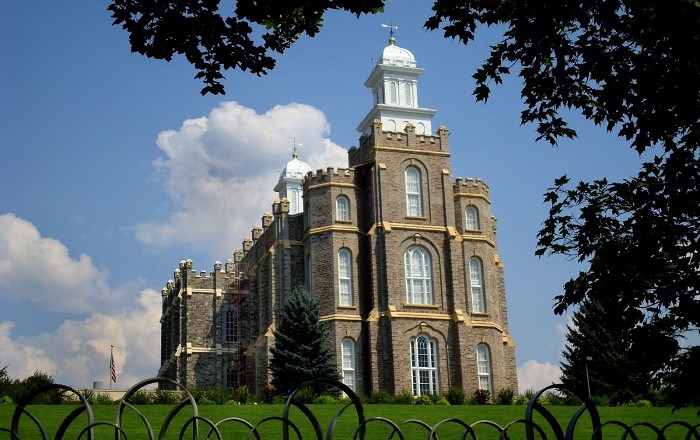 Logan Utah Temple, or as it was previously known by Logan Temple, is a Mormon temple of the Church of Jesus Christ of Latter-day Saints, located in the city of Logan, in the state of Utah, USA. 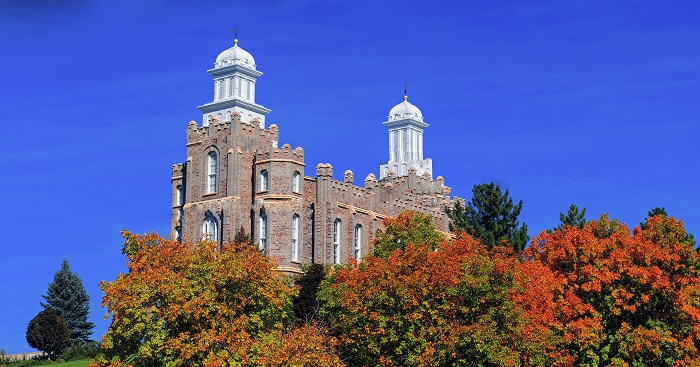 It is the fourth constructed temple, built in 1884 it has an area of 11,113 square meters (119,619 square feet). Overlooking verdant Cache Valley, the Logan Utah Temple’s twin white towers stand against the Wasatch Mountains. There were some 25,000 people who were working on the construction of the temple, and everyone in the area had something to do for the temple. 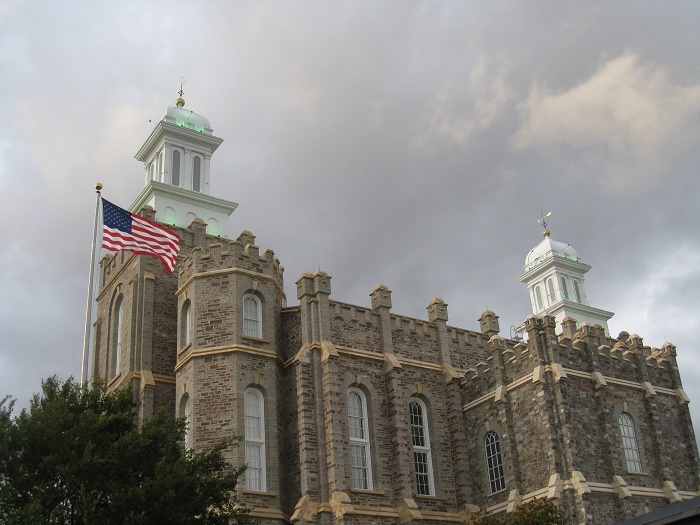 The women were asked to make carpets, where they spent almost two months working on the carpets, hand making them. In the state of Utah, it was the second temple to be completed, by the design of the architect Truman O. Angell. The Temple has two towers and it was based accordingly to the pattern of the Salt Lake Temple. However, compared to other temples which have Renaissance or Byzantine style, this one is different due to the Gothic details it has. 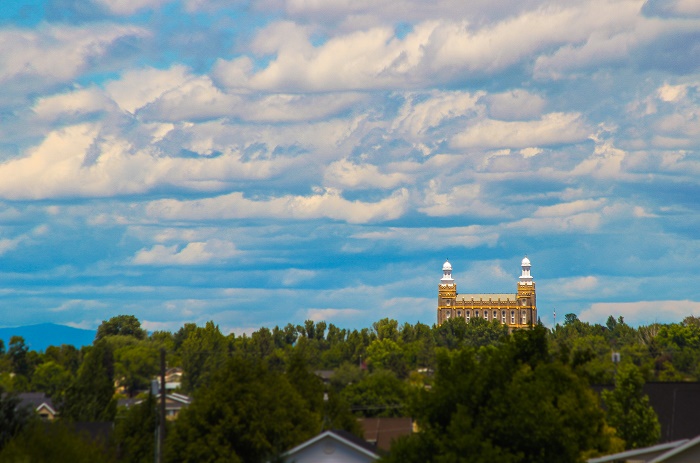 The temple was partially destroyed by fire in 1917, but quickly the Mormon community gathered the money necessary for the reconstruction and it was renovated in just under three months. There was a remodeling in 1949 where the Temple received updated lighting, heating, air conditioning, elevators, and other modern conveniences. 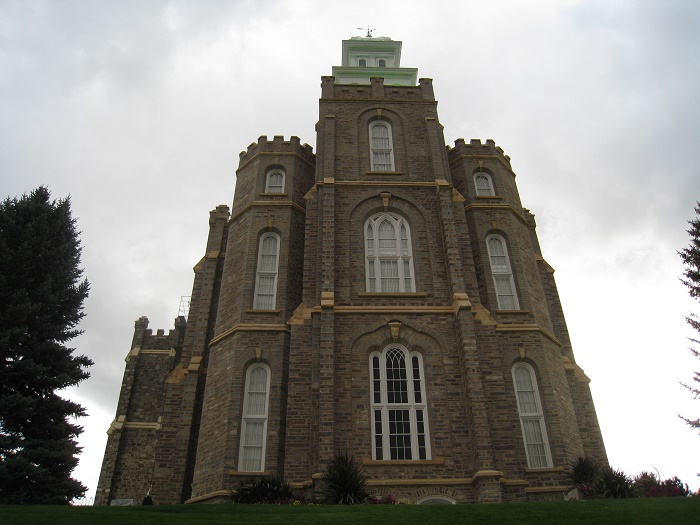 Later again in 1977 more remodeling was undertaken, but this time the interior was completely redone. The dark-colored Temple, where the siliceous limestone was used for the exterior with buff-colored sandstone only for details, can be seen for kilometers throughout the Cache Valley. 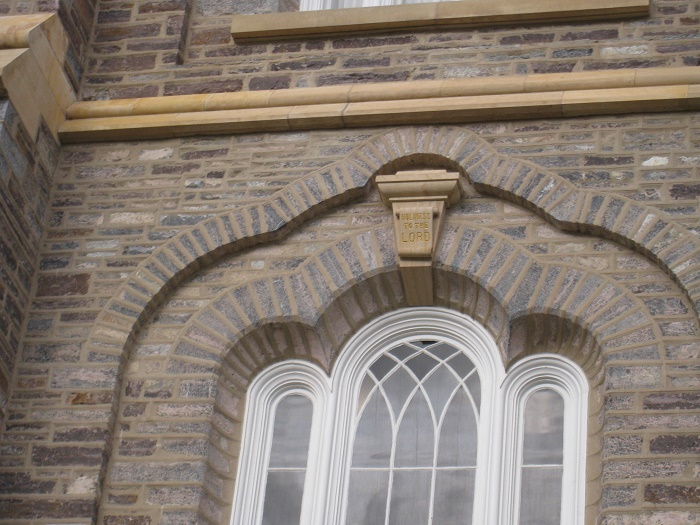 Occupying an entire city block, the site features charming gardens and fountains on the east side and a huge grassy hill on the west. A true worshiping architectural masterpiece. 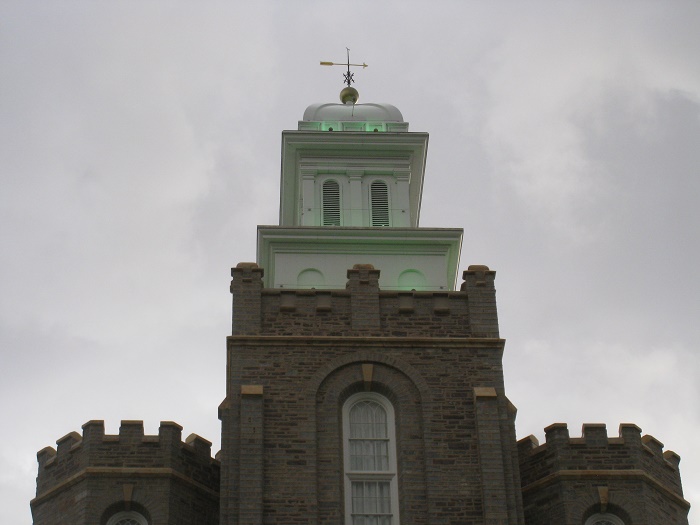 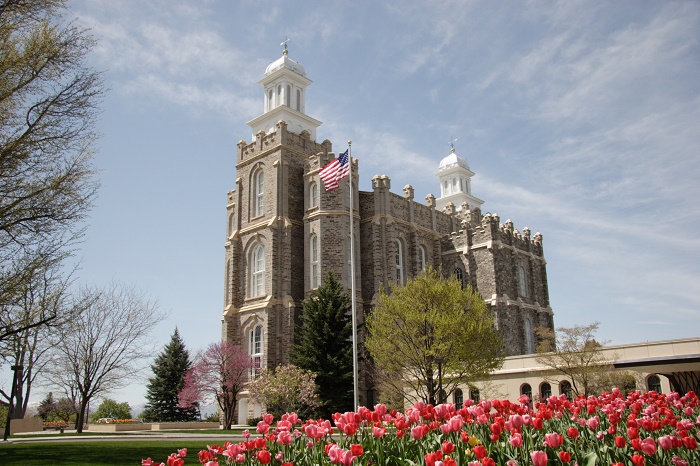 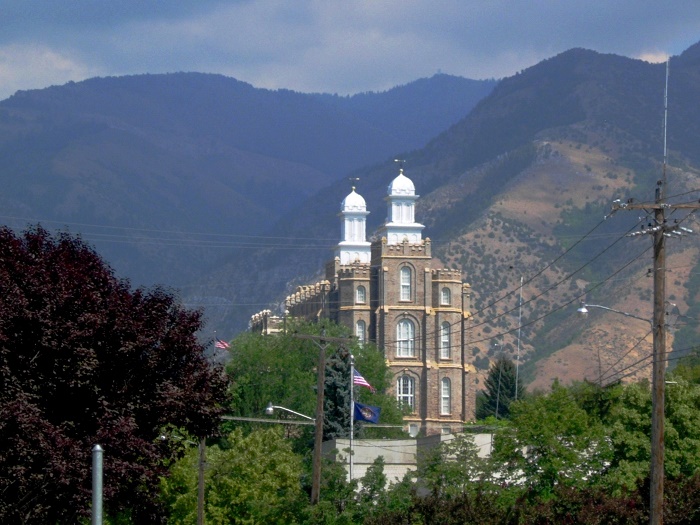 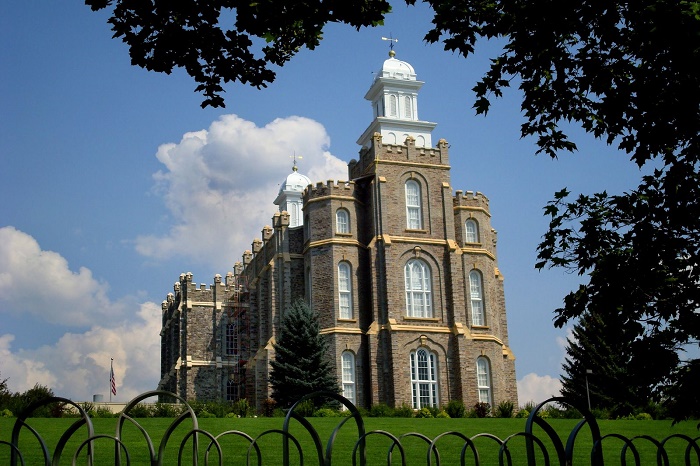 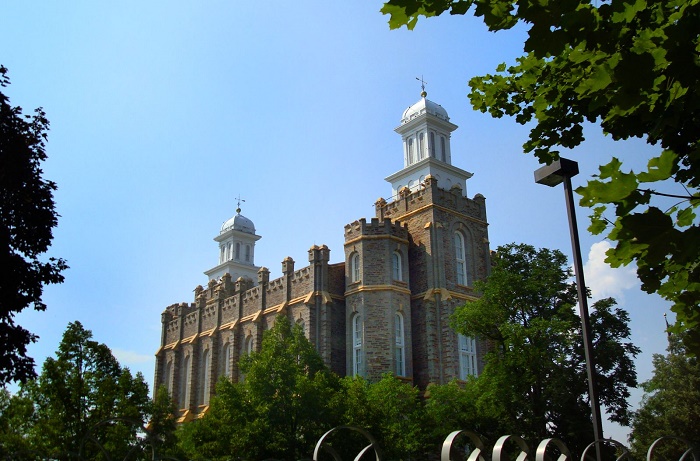