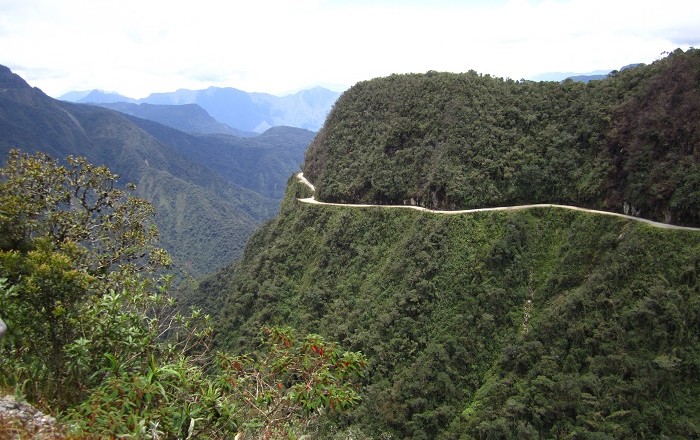 The Yungas Road, represents as one of the most dangerous roads in the world. and it is located in the Yungas region of Bolivia. It is divided into North and South Yungas Road. 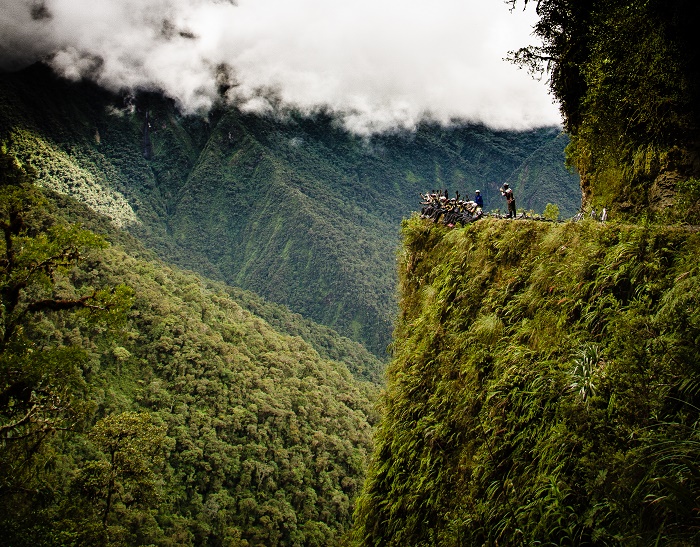 The North Yungas Road leads from La Paz to Coroico, 56 kilometres (35 mi) northeast of La Paz This road is really interesting simply because in 1995 the Inter-American Development Bank christened it as the “world’s most dangerous road”. 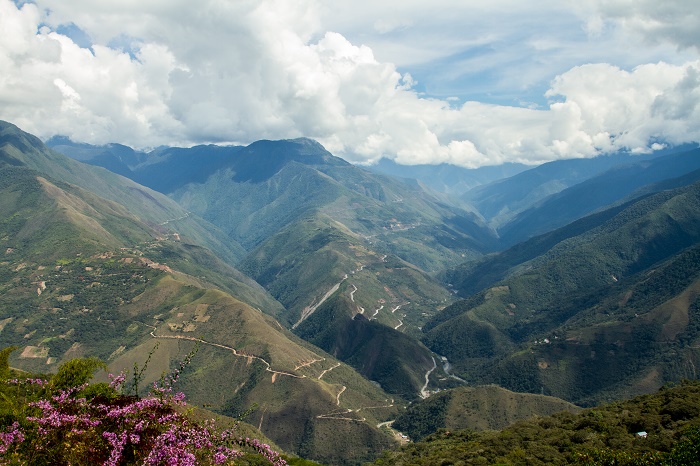 In 2006 one estimate stated that 200 to 300 travellers were killed yearly along the road. The road includes cross markings on many of the spots where vehicles have fallen. The South Yungas Road connects La Paz to Chulumani, 64 kilometres (40 mi) east of La Paz, and is considered to be nearly as dangerous as the North Road.

The road was built in the 1930s during the Chaco War by Paraguayan prisoners. This is one of the few routes that connects the Yungas region of northern Bolivia to the capital city. 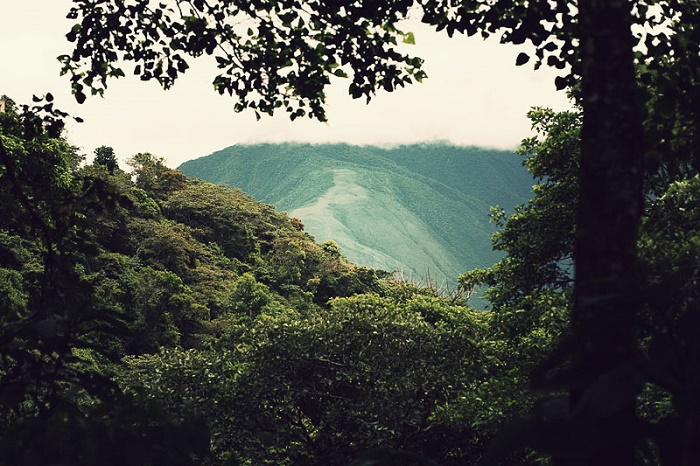 Upon leaving La Paz, the road first ascends to around 4,650 metres (15,260 ft) at La Cumbre Pass, before descending to 1,200 metres (3,900 ft) at the town of Coroico, transiting quickly from cool Altiplano terrain to rain forest as it winds through very steep hillsides and atop cliffs. 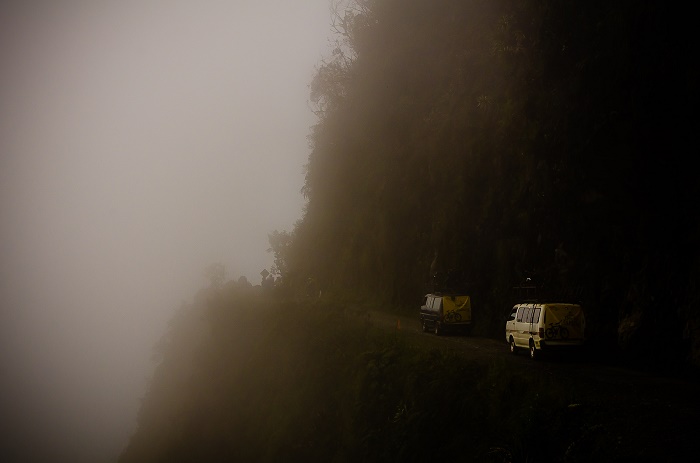 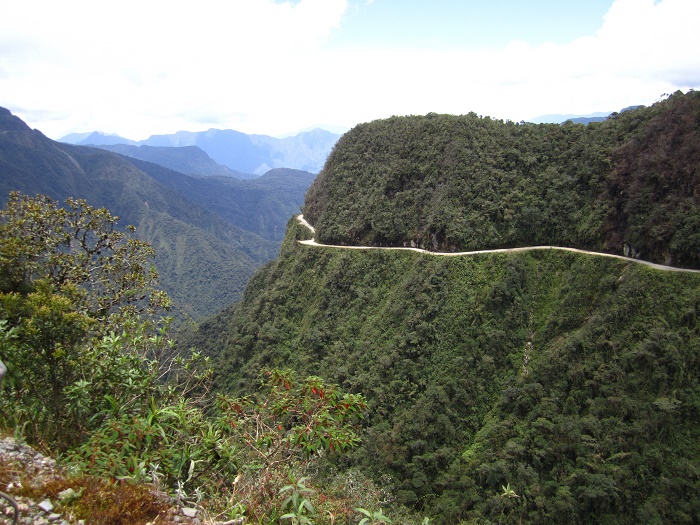 During the rainy season from November to March, rain and fog can severely hamper visibility, and water runoff can turn the road into a muddy track, affecting traction. In the summer, rockfalls are common and vehicle dust limits visibility as well. One of the local road rules specifies that the downhill driver never has the right of way and must move to the outer edge of the road. This forces the faster downhill vehicle to stop so that passing can be negotiated safely. 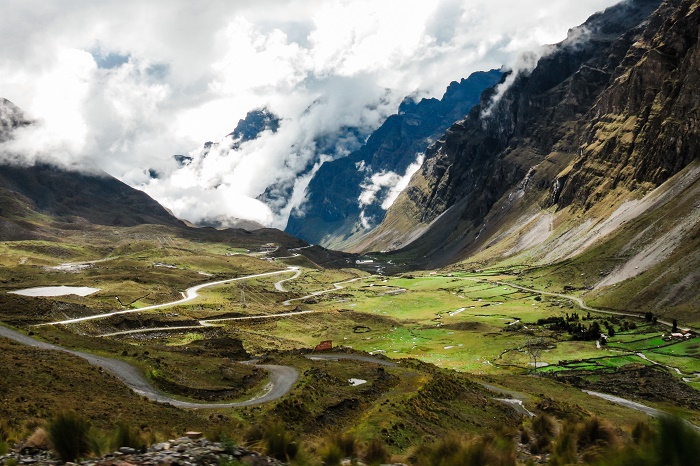 Unlike the rest of Bolivia, vehicles are required to drive on the left side of the road, to give the driver a better view of the vehicle’s outside wheel and making passing safer. However, the Yungas Road was modernized during a 20-year period ending in 2006. 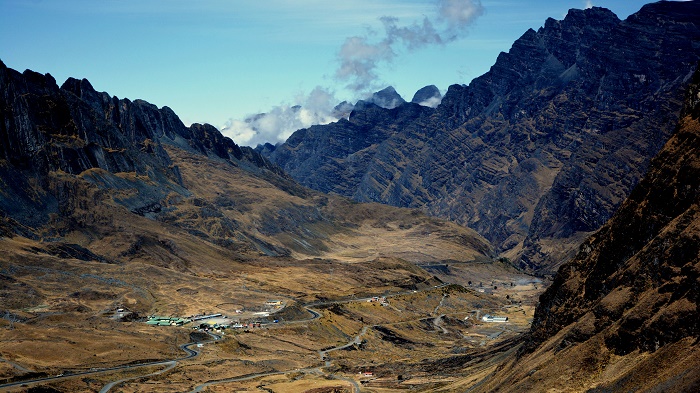 The modernization included enlarging the carriageway from one to two lanes, constructing asphalt pavement, and building a new section between Chusquipata and Yolosa, bypassing to the north one of the most dangerous sections of the old ‘Death Road’.

This new route features modern construction (bridges, drainage, etc.), multiple lanes, pavement, guardrails and many other elements that make it considerably safer than the original route. The original North Yungas Road is currently much less used by traffic, although an increasing number of adventure travelers bike it. 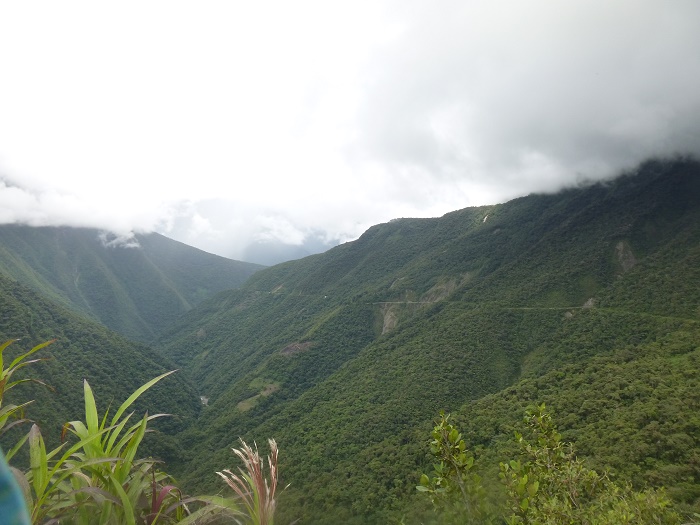 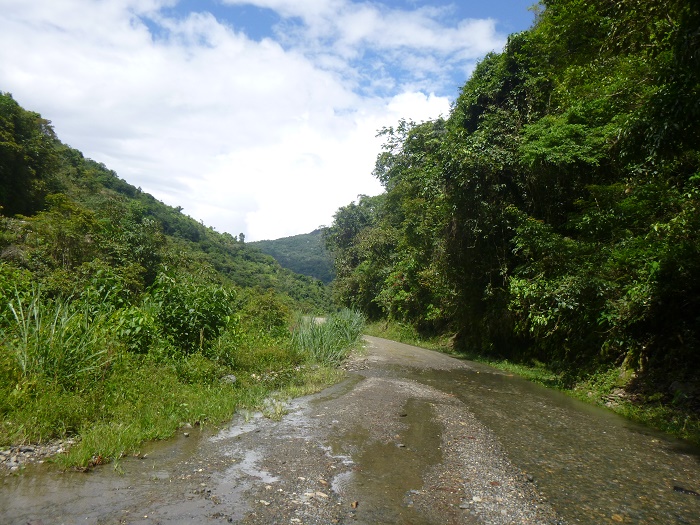 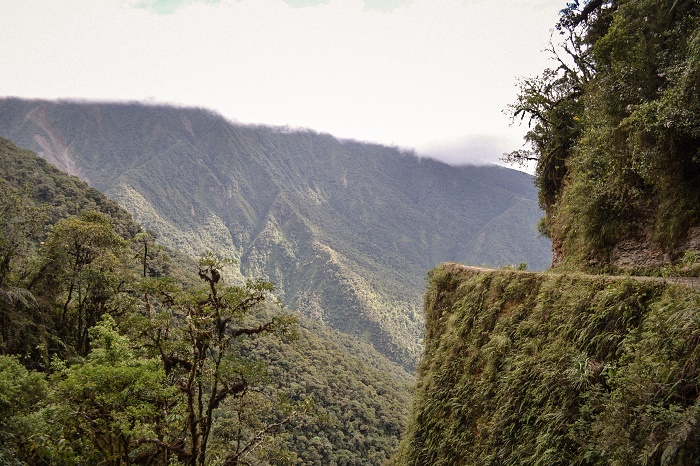