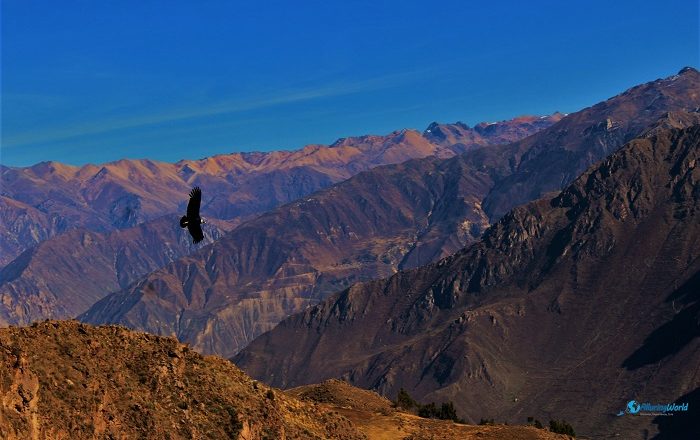 Cañón del Colca, commonly referred to as Colca Canyon, is a grandiose and quite fantastic canyon of the Colca River which is located in the northeastern part of the Arequipa Province, within the southern part of the Republic of Peru. As it is located in the vicinity of the Province’s capital that has the same name, Arequipa, it is certainly one of the most visited attractions in the nation, with an estimate of more than 120,000 visitors throughout the year. 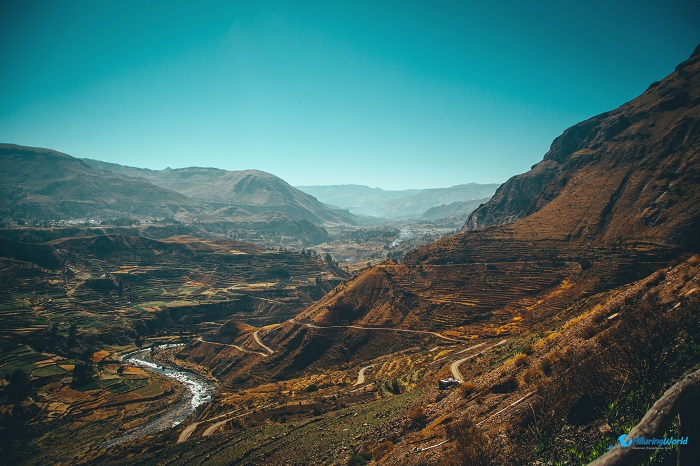 Being part of the Andes Mountains, the valley is enormous with a length of some 70 km (43 mi) and the maximum depth measured to be around 3,270 m (10,728 ft) making it one of the deepest canyons in the entire world. 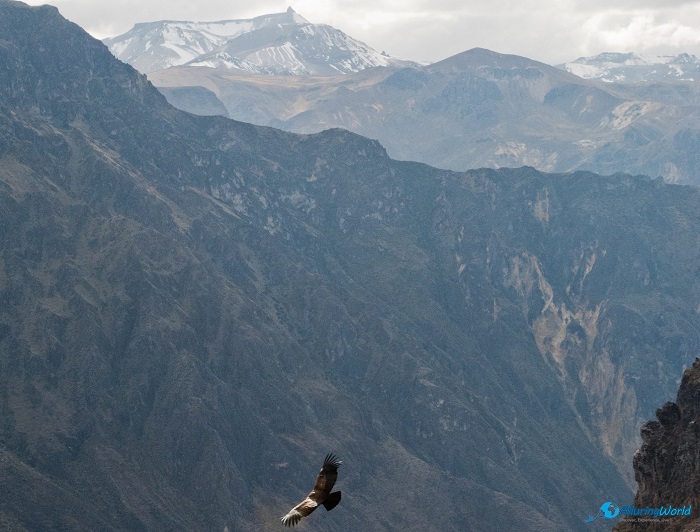 Having in mind that the vastness and depth that make this place wonderful to see in person, the colorful landscape with the typical Andean vegetation add more to the beauty of it, and attract even more people to come and experience something unique from Peru. 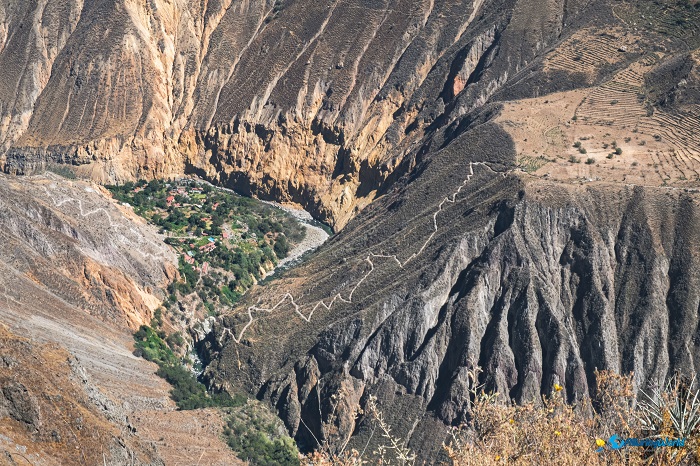 The first signs of civilization were from the pre-Inca era when the Cabanas people who are thought to be from the Wari Civilization moved to this area and mixed with the Colleagues People from the Aymara Civilization from the Lake Titicaca Region. 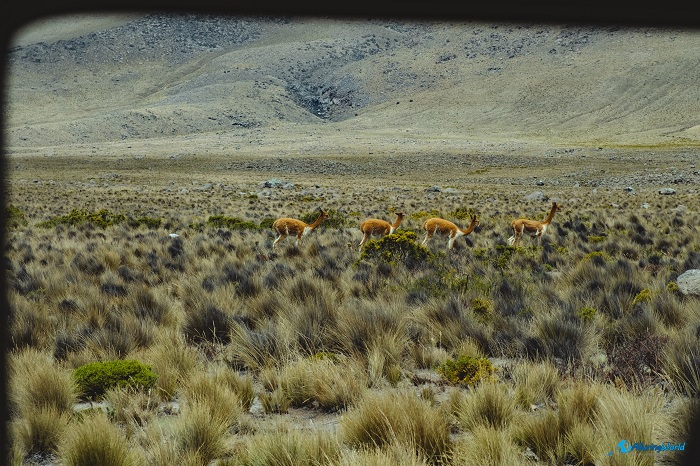 Furthermore, the Incas arrived in 1320 and established dominion in the Colca Valley through marriage with the people that already resided here, and rather than conquering the valley through warfare, they managed to start developing ways to make their everyday life a lot easier. 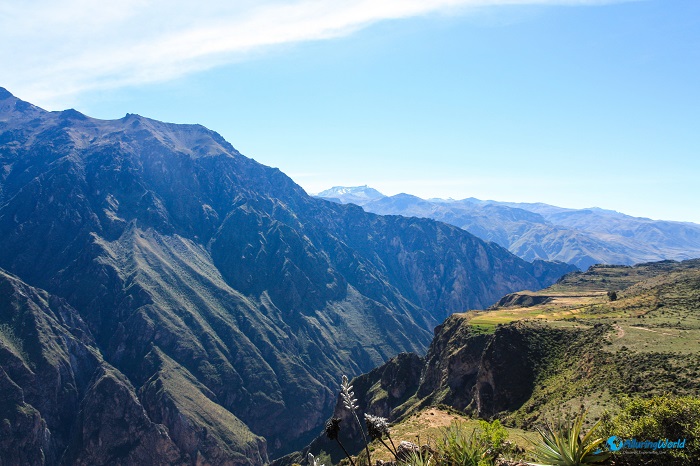 The people were living and thriving here, up until 1540 when the Spaniards under the leadership of the Spanish conquistador Gonzalo Pizzaro arrived and started causing issues to the people living there. It was later in 1570 when the Spanish viceroy Francisco de Toledo ordered the Incan people from the Colca Valley to leave this place and settle in more centrally located settlements better known as Reductions. 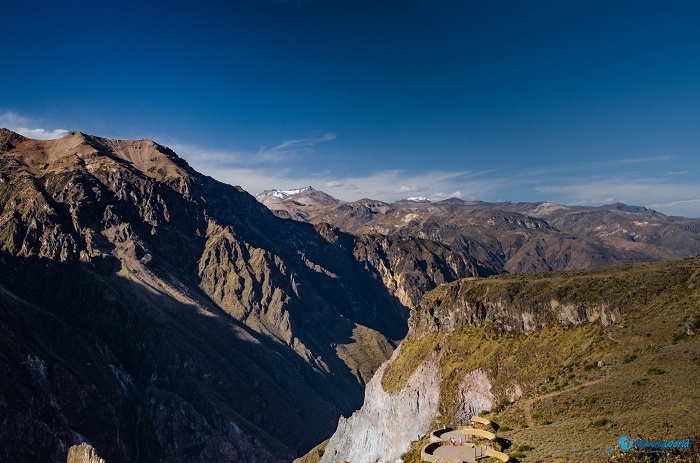 Throughout the centuries, Cañón Del Colca was not developed much, and there were no official modern roads that would ease the access to the canyon, except for the makeshift roads that were already there from the Incan people who managed to construct something. 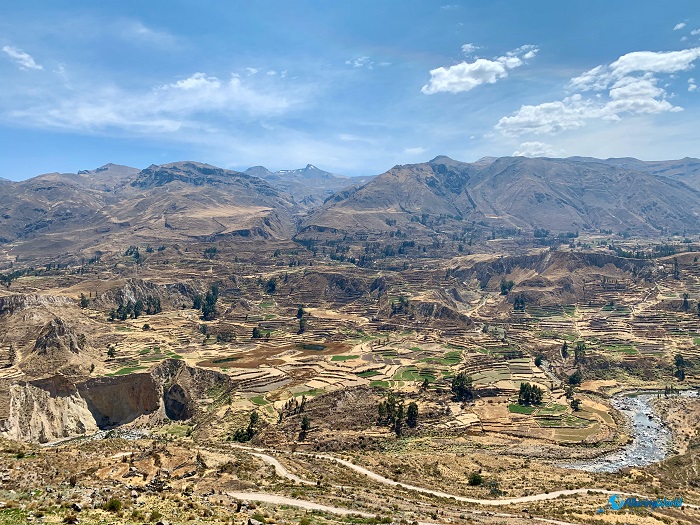 It was not until 1940s when a modern day road appeared and it connected the silver and copper mines that were located here, and since then the valley has seen impressionable development which did not cause damage to this Peruvian natural gem. 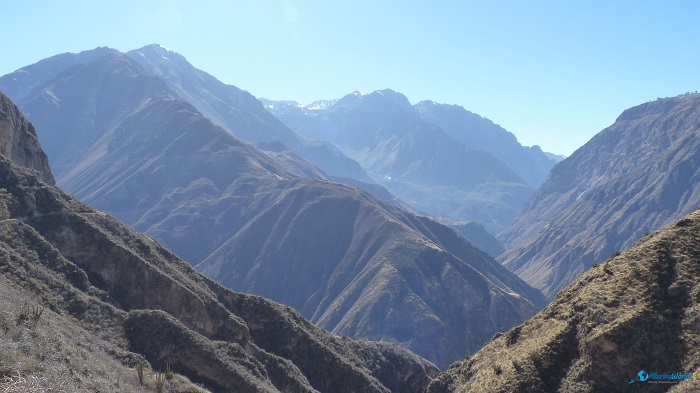 Most importantly, the pre-Inca farming terraces that were here for more than a thousand years were protected as they were, and the Andean farmers would continue to cultivate potatoes, maizes, and other crops in the shallow soil on mountain slopes. 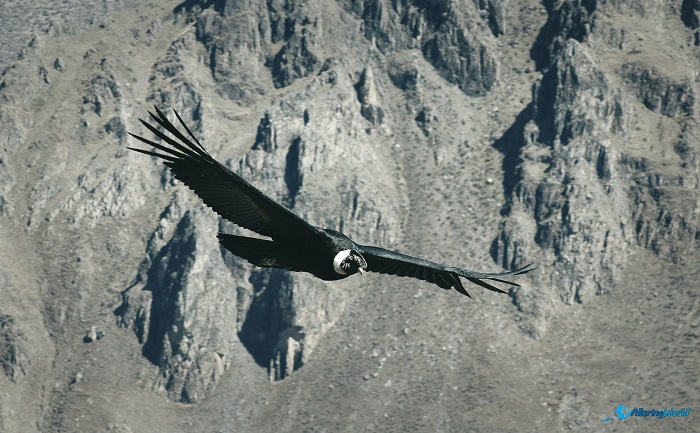 All this put aside, definitely one of the most important symbols from the Colca Canyon is the South American bird in the New World vulture family, the Andean condor which is considered to be one of the largest birds in the world. As the condor can live up to 70 years, it is referred sometimes to as the “Eternity Bird” and seeing them particularly in flight is considered like an attraction that should not be missed. 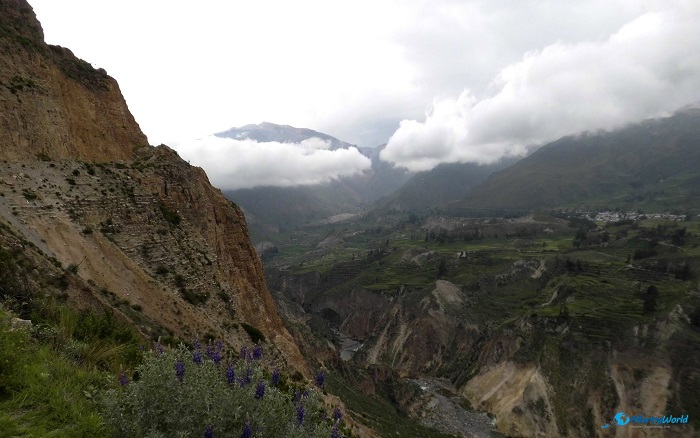 There is a popular spot named Cruz del Condor where this is possible, and as it is 1,200 meters (3,900 feet) above the canyon floor, it is definitely one of the best places where this marvelous creature can be monitored. 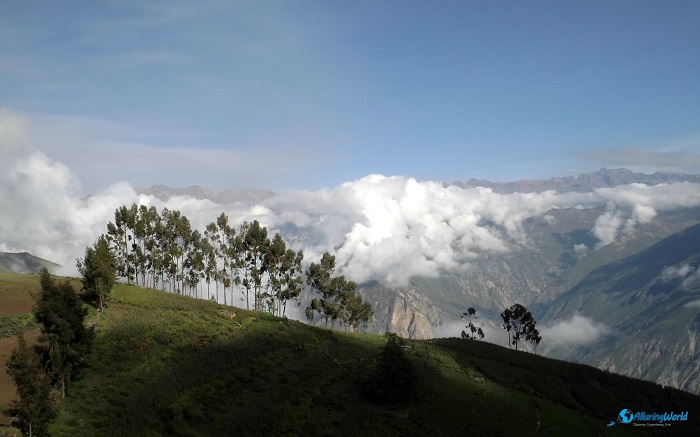 In addition, from the fauna there are also the giant hummingbird, the largest member of the hummingbird family, as well as the Andean goose, Chilean flamingo, and mountain caracara, vizcacha, zorrino, deer, fox, and vicuña that can be seen here. Furthermore, an archaeological site can be found here which is known as the Caves of Mollepunko above Callalli and it contains rock art that is said to be more than 6,000 years old. 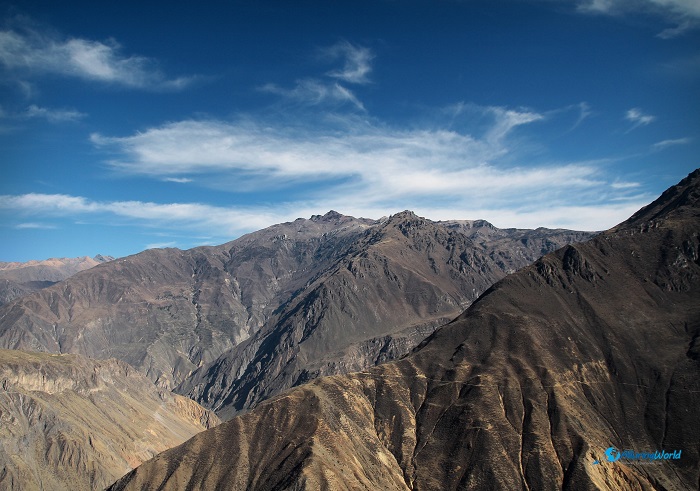 The biggest town in the valley Chivay is well known for the La Calera Hot Springs, even though there are other hot springs that are dotted throughout the entire canyon valley. All in all, a very unique and amazing place from Peru, the Cañón Del Colca is certainly the place where visitors can see the wild side of Peru, and yet get a glimpse of the agricultural activities that the Inca people were practicing for centuries. 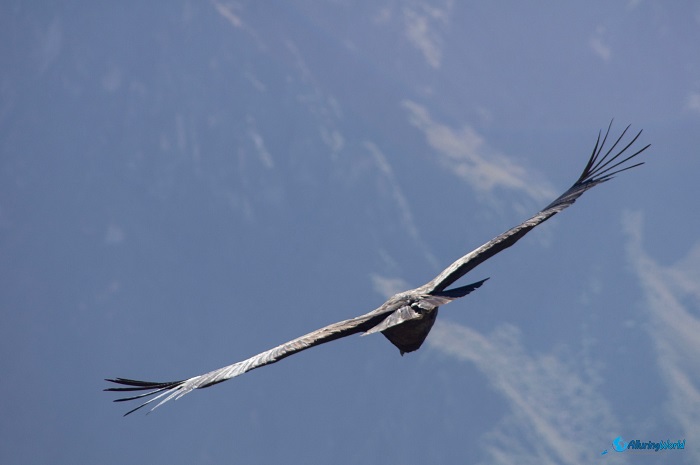