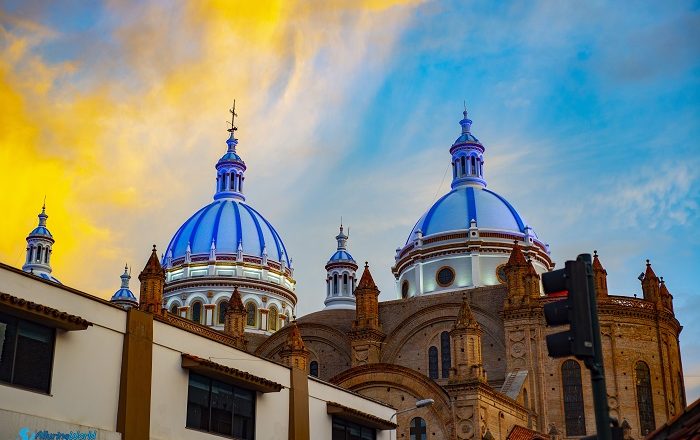 The New Cathedral of Cuenca, also known by the official name as the Cathedral of the Immaculate Conception, is a historic cathedral church which is located in the capital and largest city of the Azuay Province, Santa Ana de los Cuatro Ríos de Cuenca, within the southern part of the Republic of Ecuador. 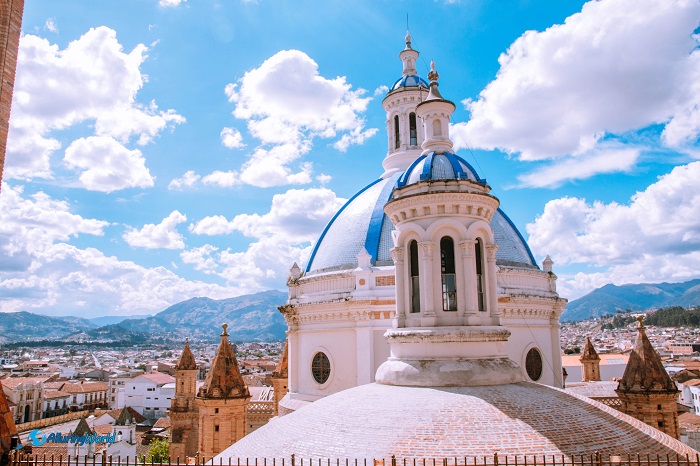 Being one of the tallest structures in the city, it is situated in front of Parque Calderon, and it is very easy to distinguish it from the other structures that surround it, mainly due to its grandiose size, and very impressive domes that can be found atop of it. The construction of this religious building began in 1885, according to the plan made by the German-born friar Juan Bautista Stiehle, and it took almost 100 years in order to be completed. 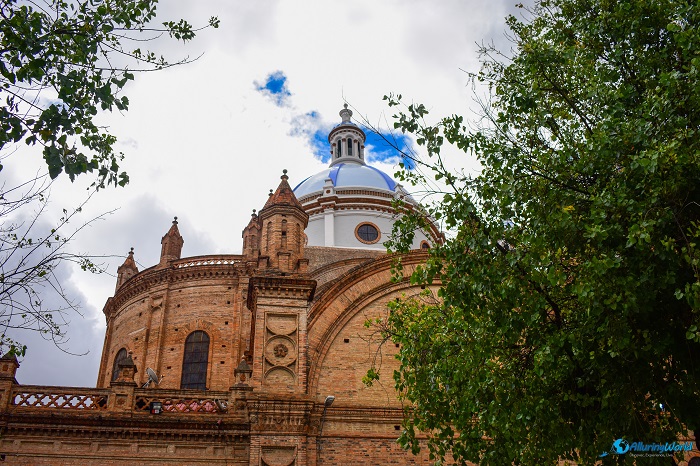 The architectural style follows many different ones, like Neo-Gothic, Baroque, Revival, Byzantine Revival, however, the most dominant one is the Romanesque Revival. Officially, the consecration took place in 1967, and the construction was marked as completed in 1975, when it took over the primate as the city’s main church from the Old Cathedral which was too small to accept worshipers. 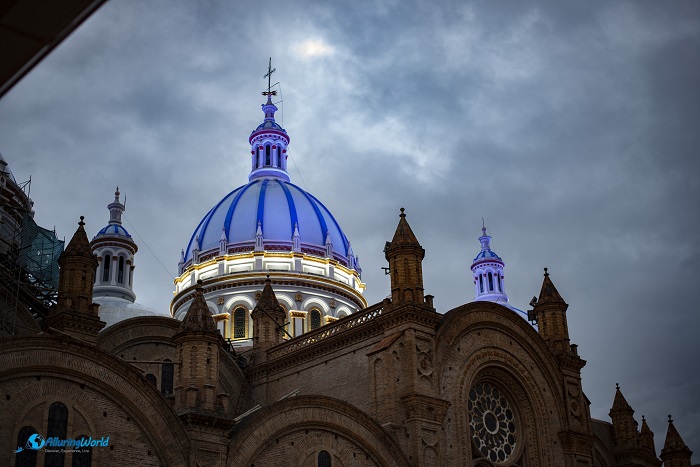 Still, according to some people, the church is incomplete because according to the plan, there were supposed to be two very tall towers, but because of miscalculation error and the foundation on which the church stands, they were not built. If by any chance, they would have been constructed, it is very likely that the Cuenca Cathedral would not be able to bear the weight, and nowadays it would not exist. 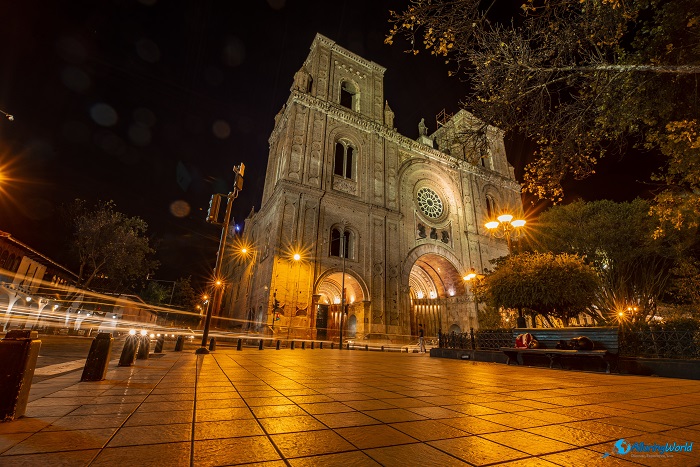 Despite the miscalculations of Stiehle, today the New Cathedral of Cuenca is considered as a monument to European artistry, as well as one of the greatest symbols of the city, especially with the three large domes that are covered in blue and white glazed tiles made in Czechoslovakia, which can be seen throughout the city. 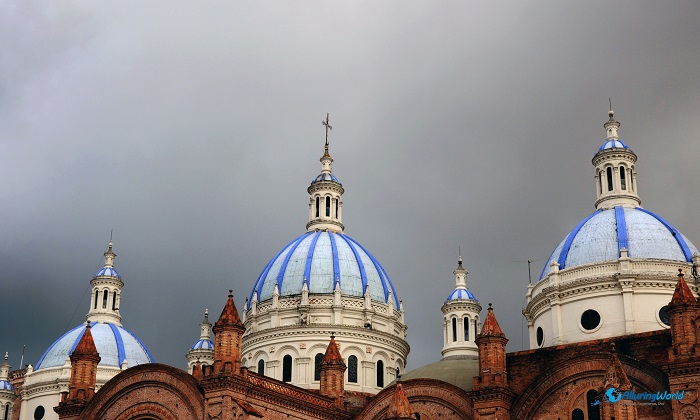 The main entrance shows small resemblance to Notre-Dame de Paris, but its façade is colorfully different, and despite being lower in height, it is quite captivating as everything else could be considered in Cuenca. 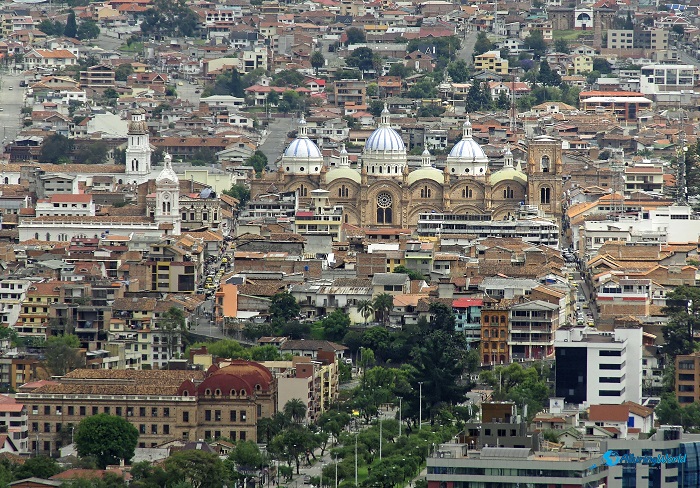 In addition, the interior of the cathedral is opulently decorated throughout with gold leaves, the stained glass windows that enrich the interior with color were made in Germany and Belgium, and local marble was used in part for some of the interior. 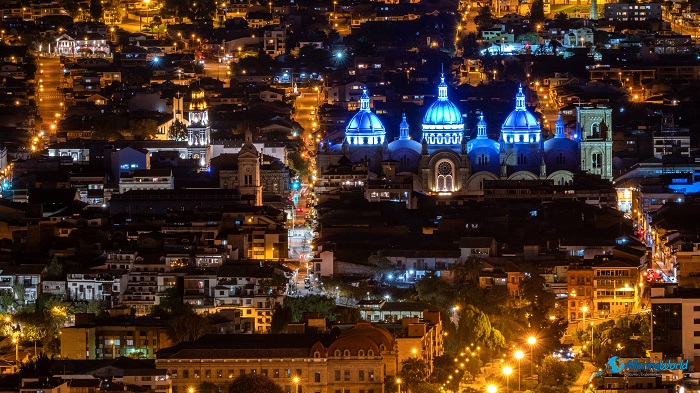 Underneath everything, there is a crypt, which at first might suggest that it would be dark, damp and dingy, nonetheless, it is far from it. 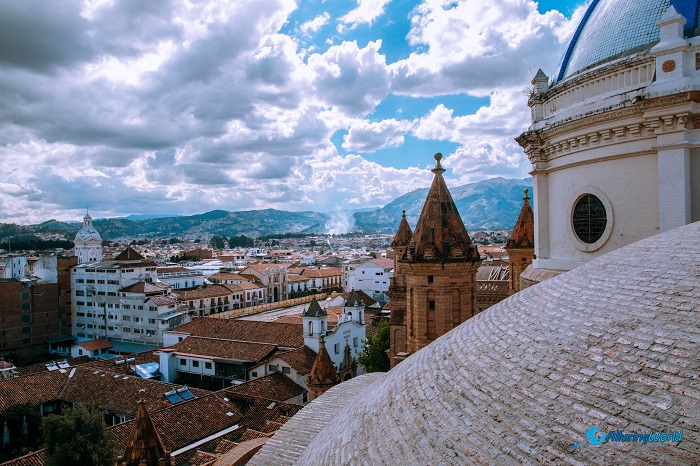 Being some 96 meters (315 feet) in length, there are some very famous Cuenca residents that are buried here, and even though at the construction it was intended to be the last resting place for important Cuencanos, religious figures, and military men, sadly today there is only enough space for religious figures. 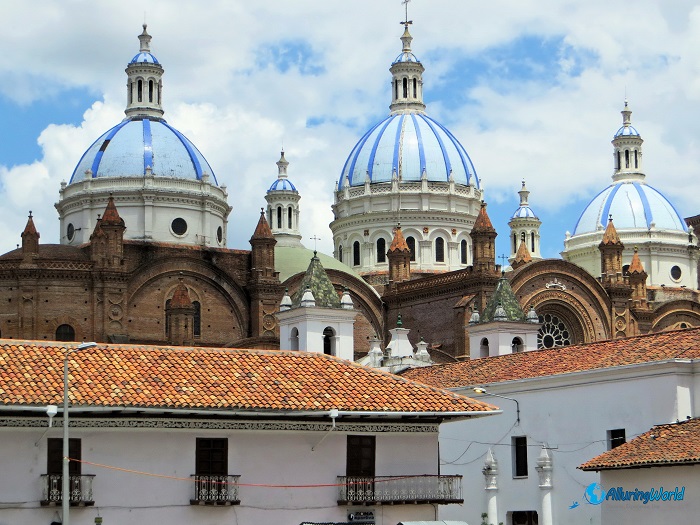 Once visitors reach the end of the crypt, there is a very well illuminated altar that enriches the crypt and makes it more interesting for visit. All in all, the New Cathedral of Cuenca is definitely something that should not be missed whenever in this small nation in South America, since it will show the bit modern side of Ecuador, through the eyes of the European architectural past that was once upon a time very popular on the European continent, and it is now enriching the large city of Cuenca. 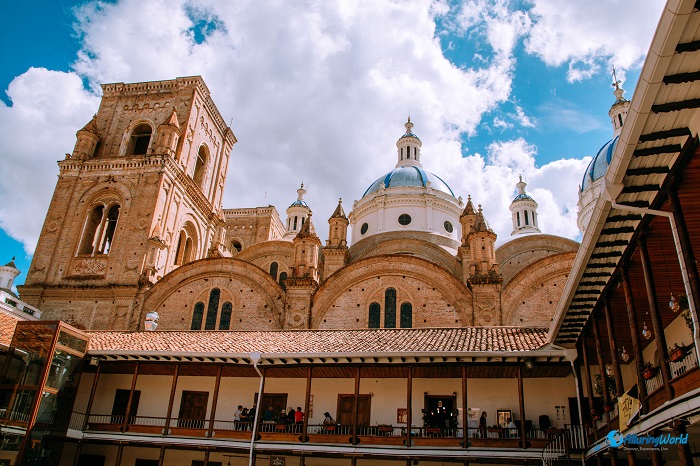