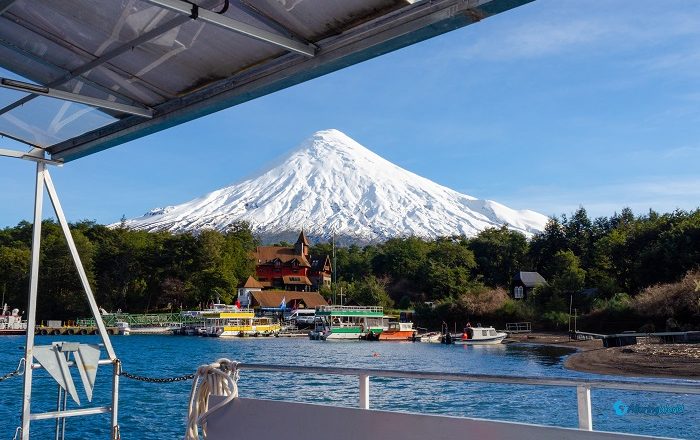 Vicente Pérez Rosales National Park is a national park that is located in the Llanquihue Province, of the Los Lagos Region, within the Republic of Chile. 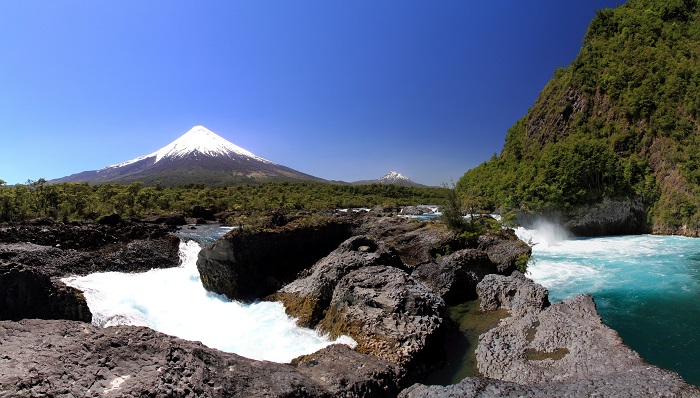 Considered to be the oldest park in the country, it was established as such in 1926, and even nowadays this amazing place covers an area of about 2,530 sq km (977 sq mi) and within this large chunk of land there are very dense and humid forests, Todos los Santos Lake, and three amazing volcanoes, Osorno, Tronador and Puntiagudo. 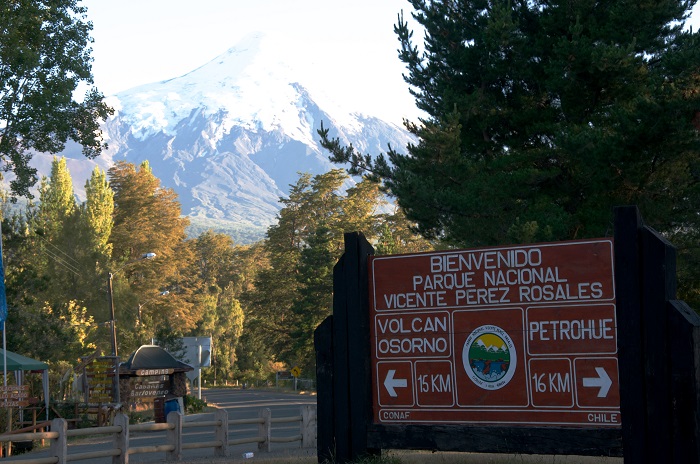 Due to the lush greenery and abundance of water in the protected park, Vicente Pérez Rosales National Park is turned to be one of the most visited and main destinations within Chile that attract a great number of visitors. Visitors here are able not only to hike and enjoy the amazing landscape, but they can also enjoy thermal baths, do a boat trip where they can do some fishing, and most importantly walk and observe the local flora and fauna that is flourishing here. 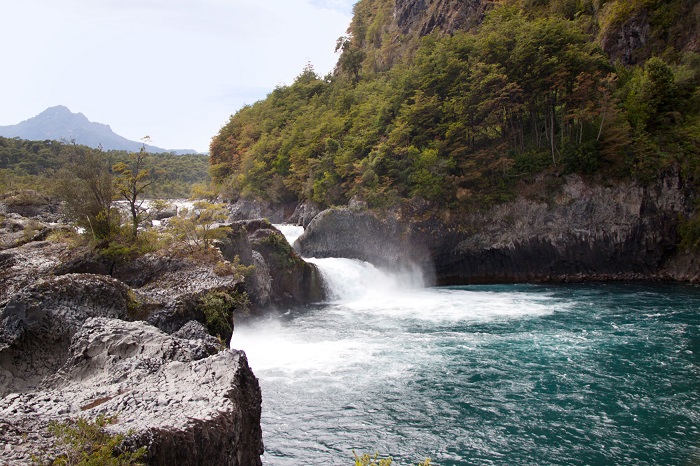 The best place to get here is from the city of Puerto Vartas which is the nearest city, and from here the real adventures are starting, in particular, the exploration of the Andes Mountains and the 31 mountain peaks that could be seen within the park. From those peaks, the highest point is Cerro Tronador which stands at 3,429 meters (11,250 feet) above sea level which can be well distinguished from its quite sharp peak. 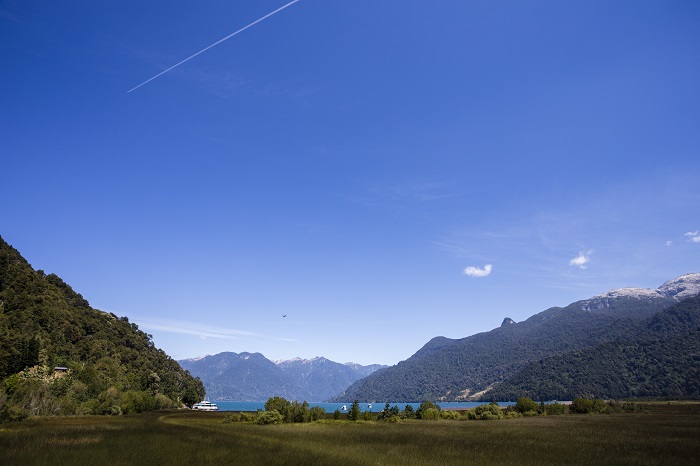 Throughout the seasons, the climate could vary, and it depends not just on the season, but also on the elevation where the visitor is located. Generally, the temperature is temperate, with precipitation that is highest between June and August, which creates wet winters, while during the summer months between January and March, the area is drier and the eastern part of the park receives typically less precipitation than the western part. 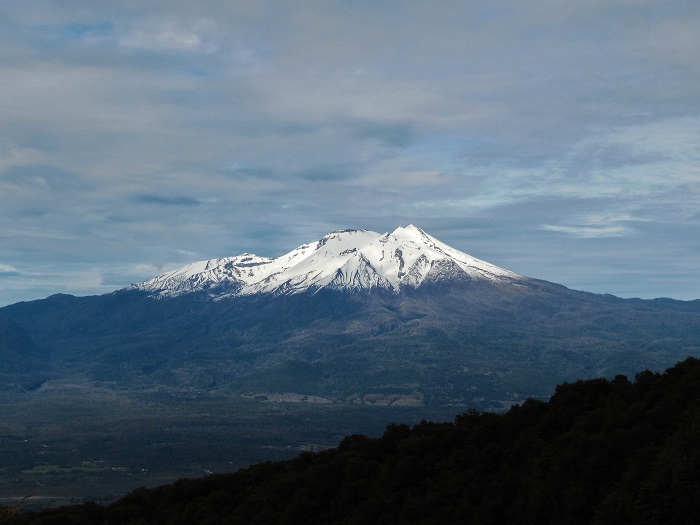 Still, it is interesting to be noted that even though in summertime the temperature is higher, there is still snow that covers some parts of the park which are at and above 1,000 meters (3,280 feet) above sea level.

The landscape of this important national park was shaped throughout millennia through the action of glaciers during the ice age, where huge glaciers descended from the Tronador Volcano, went as far as the Central Valley of Chile, while in the meantime created the stupendous Todos los Santos Valley. 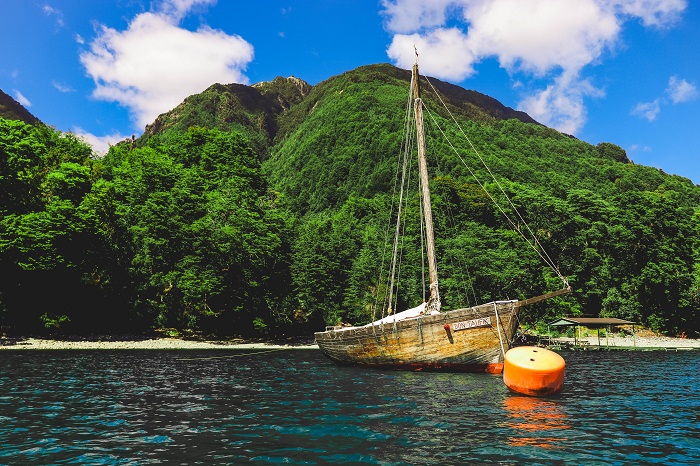 This can be also seen nowadays since there are clear scratches on the surface that were left by stones carried by the enormous glacier. Furthermore, the ecosystem of the park is known to be montane, with very rich flora that includes Valdivian temperate rain forests, with the Dombey’s Beech (Nothofagus dombeyi) tree being the most common and most visible one. 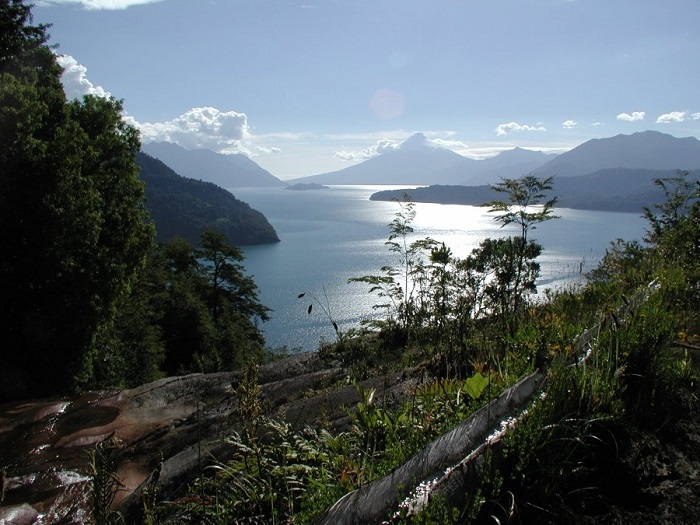 On another hand, the fauna is comprised of some 30 mammal species among which puma, kodkod, South American gray fox, Molina’s hog-nosed skunk, lesser grison, southern river otter, monito delmonte, long-clawed mole mouse, Chilean climbing mouse, among the most common, however, it must be noted that the American mink together with the European red deer were introduced to the park in the past, and today they wrought enormous havoc to the entire ecosystem. 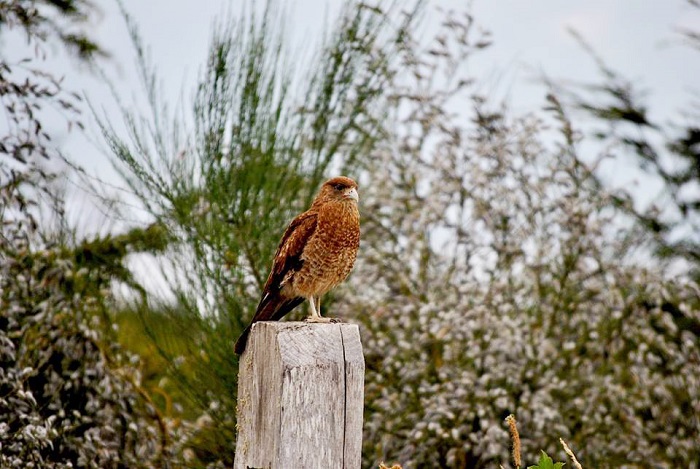 Some 80 bird species could be seen at Vicente Pérez Rosales National Park, most of them are fulltime residents, while a small number is seasonal migrants and visitors. Among the most common are the chucao tapaculo, black-throated huet-huet, torrent duck, a lot of hummingbirds and many others. 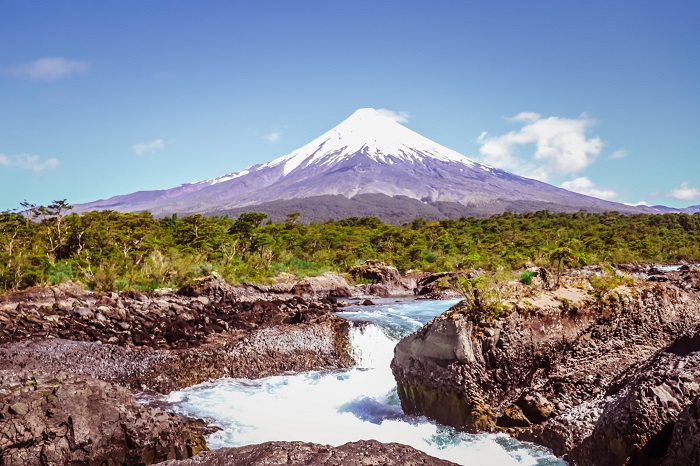 Through the park flows the amazing Petrohué River which originates from Todos los Santos Lake, and its origin at the lake actually is located as well the Petrohué Waterfalls, which is a chute-type waterfall. Nevertheless, all these amazing features from the park are very attractive to visitors, and the hiking trails are making this place even more popular among those adventurers who would like to see the even wilder side of Chile. 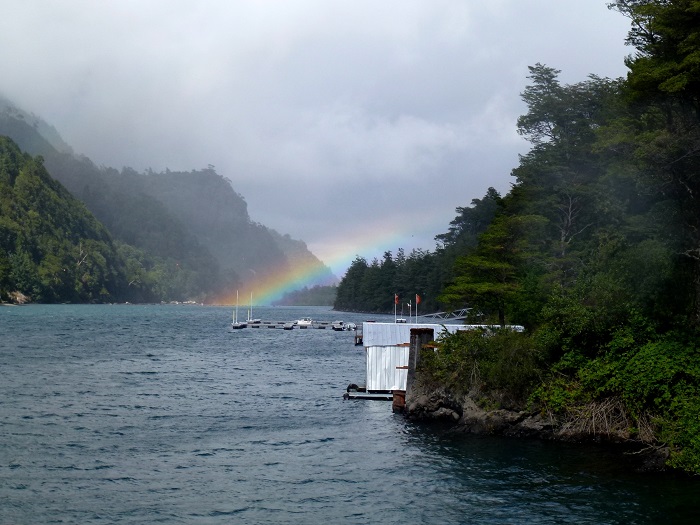 Among the more popular trails is the one around Osorno Volcano which allows you to go around the amazing volcano, soak the mesmerizing landscape views, and even though there is the possibility to climb to the volcano, this requires a special permit, and it is always recommended to use one of the local agencies who are more experienced in the area. All in all, a definite gem that deserves each of its corners to be slowly discovered, it is very likely that Vicente Pérez Rosales National Park will become even more popular among those who are visiting Chile, as it will make everyone fall in love with this very unique and amazing nation. 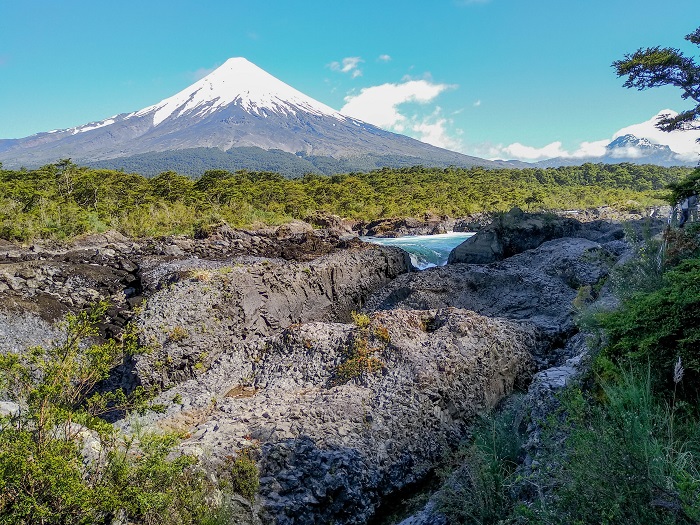