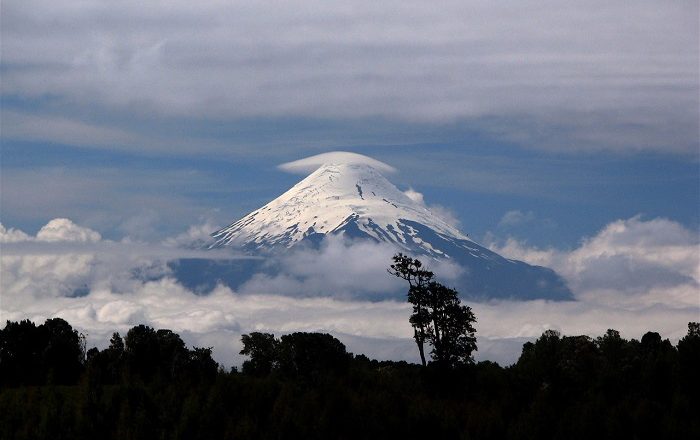 Osorno Volcano, also known as Volcán Osorno, is a tall conical dormant stratovolcano which is similar to the well known Mount Fuji in Japan, located in the Los Lagos Region within the Republic of Chile. 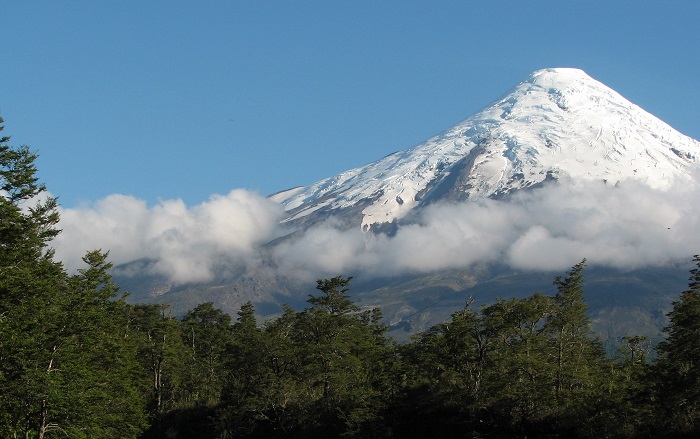 Standing at a height of 2,652 meters (8,701 feet) above the sea, Osorno is considered as one of the most active volcanoes that can be found in the southern part of the Chilean Andes. There have been 11 recorded eruptions between 1575 and 1869, where even the great English naturalist, geologist and biologist, Charles Darwin, glimpsed from a distance the volcano’s eruption in January 1835 in the course of the second voyage of the Beagle. 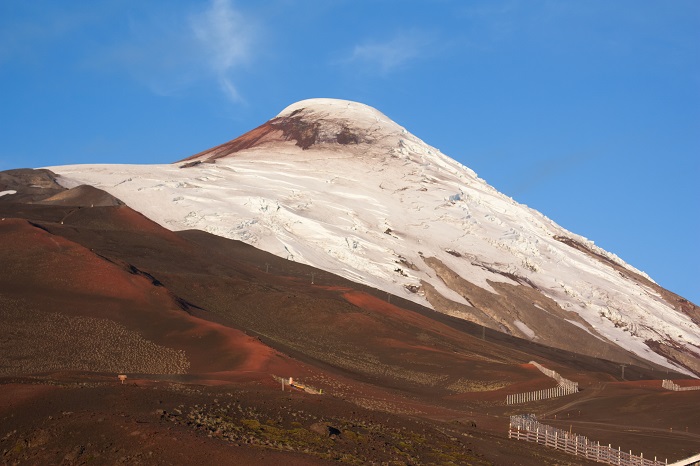 This symmetrical stratovolcano is glacier-covered that overlooks the Llanquihué lakes, and even with its historic effusive, however, explosive eruptions, is impressive sight due to the basalt and andesite lava flows that are generated during the eruptions. 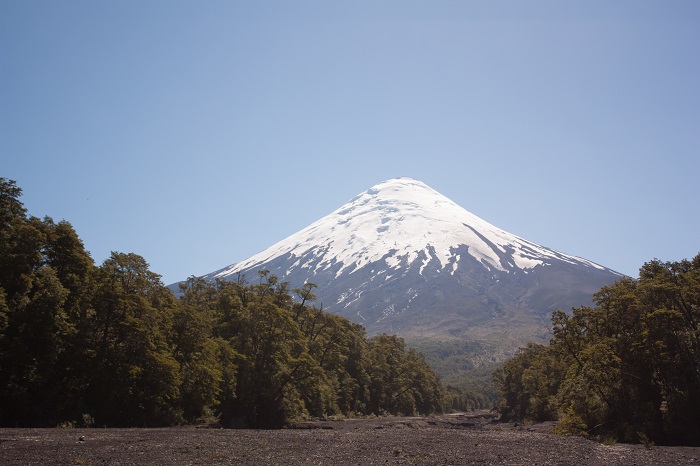 The historic eruptions have originated from both summit and flank vents, nonetheless, there is a forest that protects the slopes and for now is very lush due to the plentiful rainfalls that are recorded throughout the year. There is a quite remarkable flora which consists mostly of coihues and lengas in the lower part of Osorno, where the Andean birch can be found towards the top part. 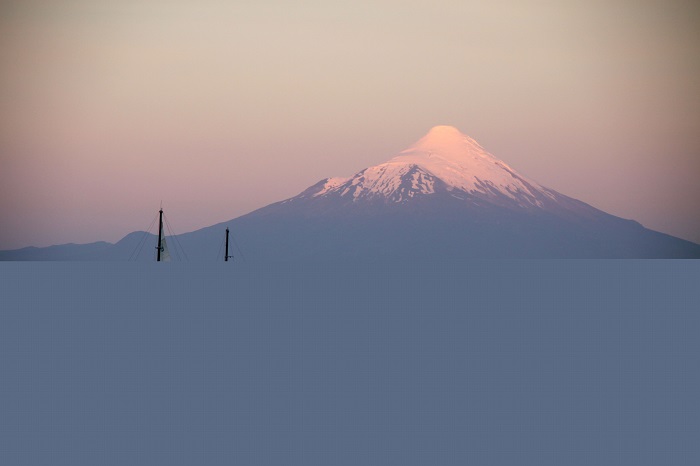 As for the fauna, the pudú, the chingue (Patagonian skunk), the culpeo (Patagonian fox), the quique (a kind of ferret) and the puma can be found here, as well as the long-muzzled weasel, the huet-huet, the hummingbird, the kestrel, the tit-tyrant and woodpeckers. 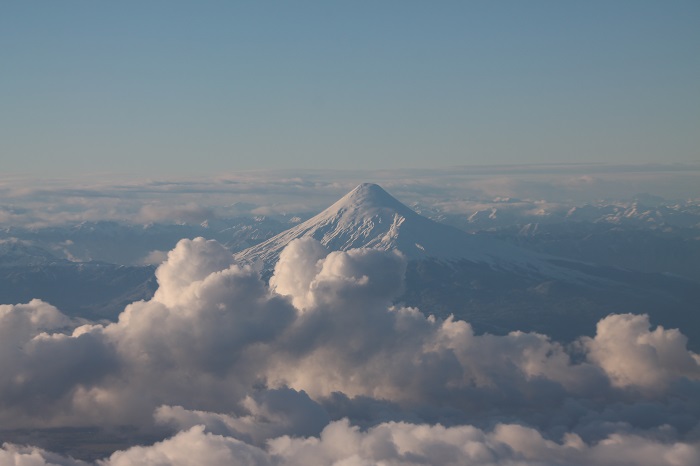 Interesting for hiking, it was first ascended in 1848 by Jean Renous, and it is one very unique spot in Chile, that offers stupendous vistas of the Chilean Andes, a paradise that can be awaken and shaken again. 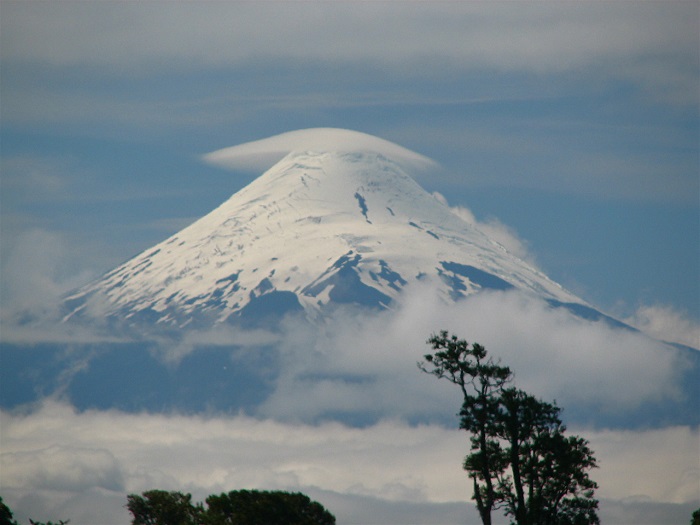 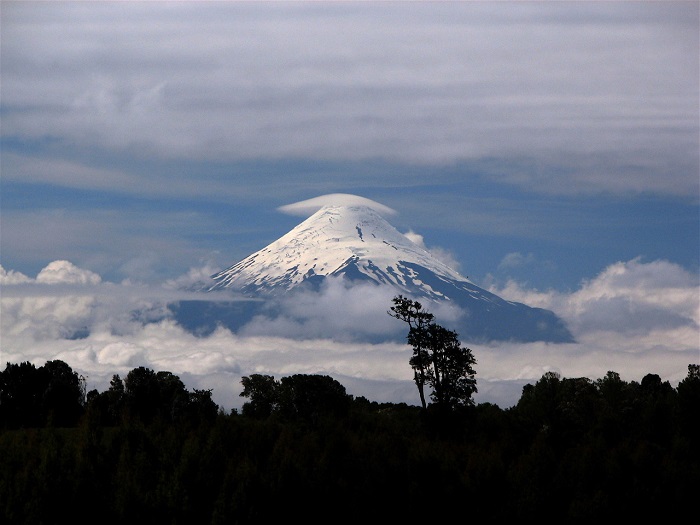 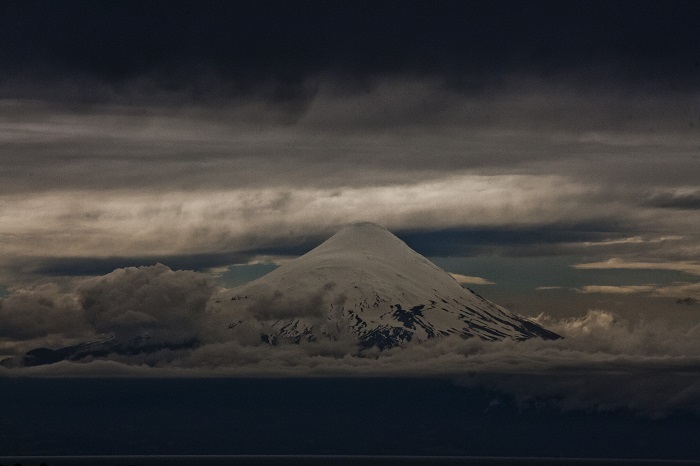