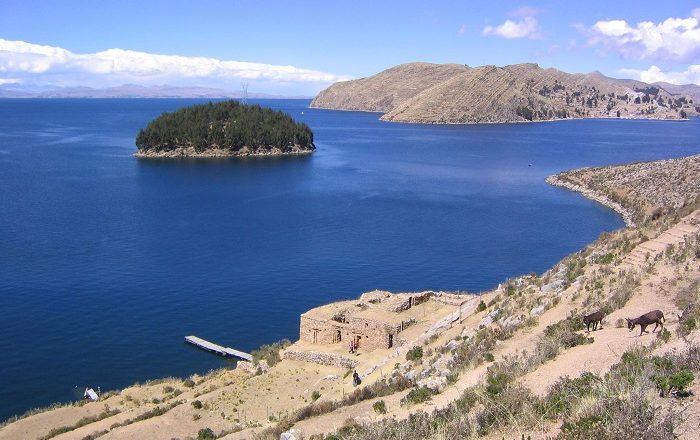 Lake Titicaca is a large and deep mountain lake that is considered as the largest one by volume of water and surface area in South America, and it is located in the Andes Mountains right on the border of the Plurinational State of Bolivia and the Republic of Peru. 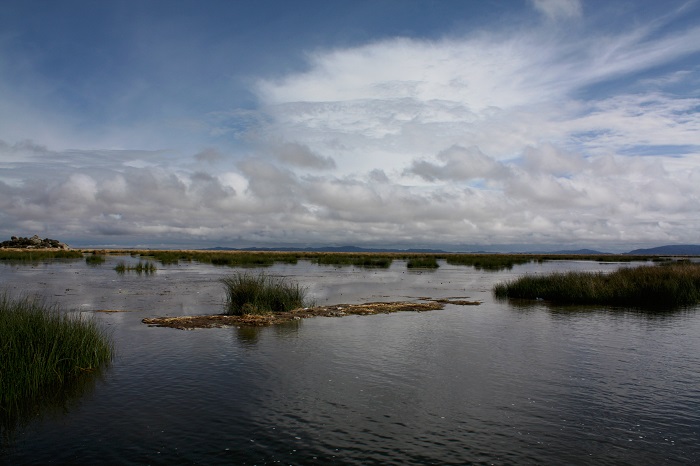 Quite often called as the “highest navigable lake” in the world, it stands at a height if 3,812 meters (12,507 feet) above sea level and there are 27 rivers that are feeding the lake, but only the Desaguadero River is the only one that flows out. The lake lies in the Tinajani Basin which is an intermontane basin that was created by strike-slip movement along regional faults starting in the late Oligocene and ending in the late Miocene. 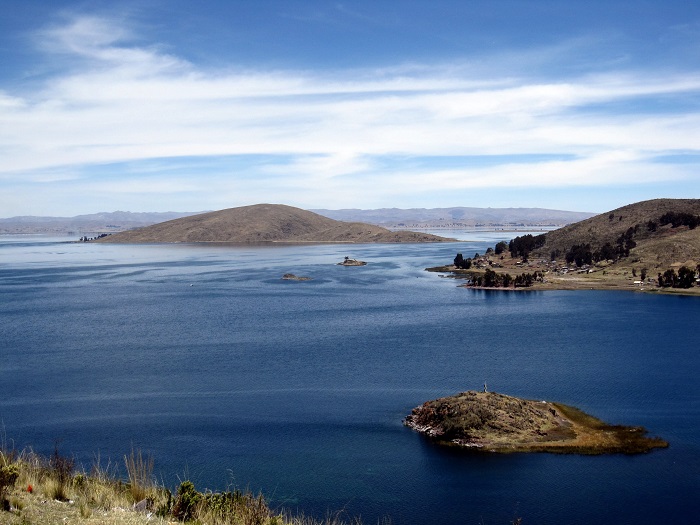 The maximum length of the shores that has been measured is 190 km (118 mi), while the maximum width is measured at 80 km (50 mi). Throughout the history, the lake has been always settled with people who had and still have use of its waters. In 2000, there was an international archaeological expedition that discovered an ancient temple submerged in the depths of Titicaca. 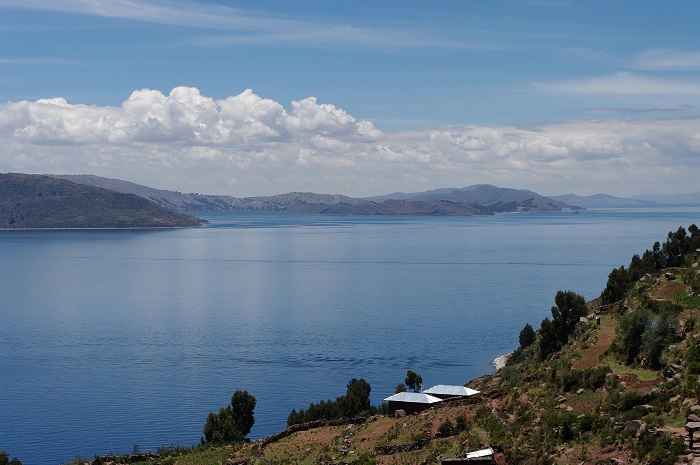 This structure has been measured to be 201 meters (660 feet) long, and it was found when the divers were following a submerged road that begins near the town of Copacabana on the Bolivian side. Considered to be between 1,000 and 1,500 years old, the Bolivian government has pledged to provide funds for further study of the ruins, and the eventual plan is to bring the temple to the surface. 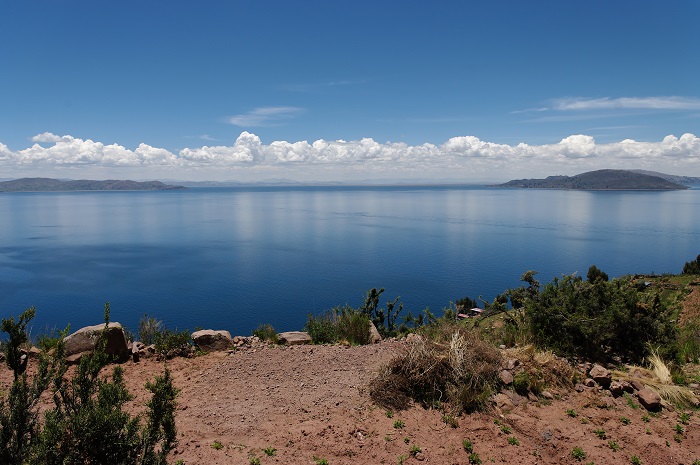 However, locals are fearful about the effects that such disrespect of the sacred lake might bring. Nonetheless, in pre-Inca times one of the cultures that inhabited around the lake was the Chiripa culture, they lived in the south side of the lake, leaving many archaeological sites of ceremonial type. To the north of the lake, the Pucará culture was another town that lives near the lake, who domesticated Llamas another south-American camelids. 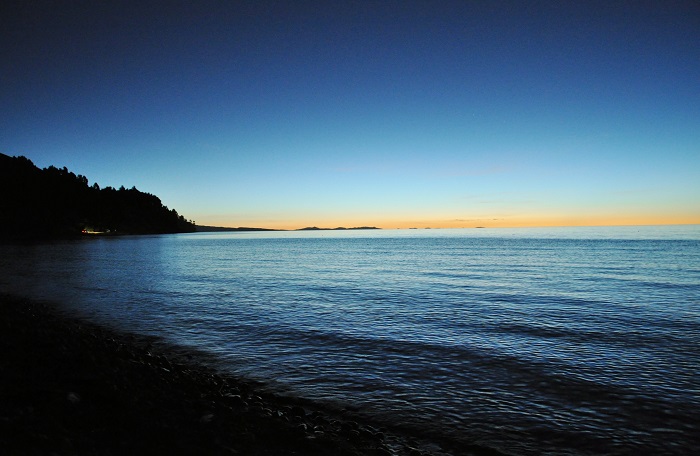 In this place is were many of the tubercles were domesticated a long time ago, served as food for centuries until our days. The beginning of the Incas starts with a mythical legend, according to many chroniclers, the first two Incas that ever exist came out from the Titicaca Lake, send by his father and creator, the Sun (Inti). According to the Incan legends, after a great flood, the God Viracocha arose from the lake on the shores to create the world. 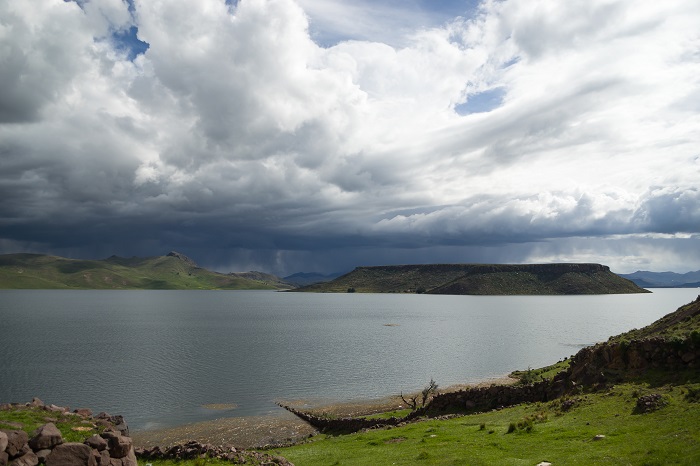 He commanded the Sun (Inti), Moon (Mama Kilya) and stars to rise, and then went to Tiahuanaco to create the first human beings, Mallku Kapac and Mama Ocllo. These first humans, that are well known as the “Incan Adam and Eve,” were formed from stone and brought to life by Viracocha, who commanded them to go out in order to populate the world. 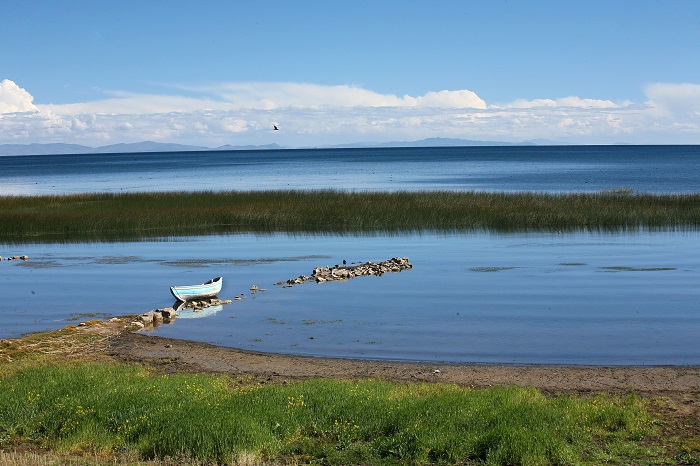 Thus Lake Titicaca is definitely considered as the birthplace of the Incas, whose spirits return to their origin in the lake upon death. Nowadays, the lake has large populations of water birds and as there are several threatened species such as the huge Titicaca water frog and the flightless Titicaca grebe, the lake was designated as a Ramsar site on 26 August 1998. Basically, the Ramsar Convention is known also as the Convention on Wetlands, which brings great importance to the wetlands around the world. 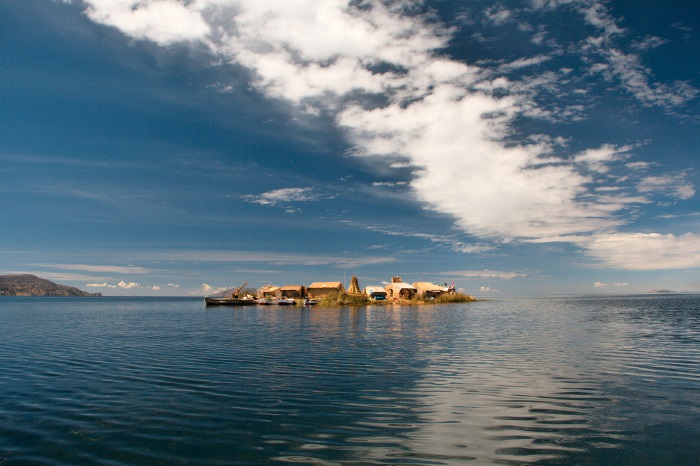 There are about 90% of the fish species in the basin that are endemic, including 23 species of Orestias that only are found in the lake. In addition to the threatened Titicaca grebe, some of the birds associated with water at Titicaca are the white-tufted grebe, Puna ibis, Chilean flamingo, Andean gull, Andean lapwing, white-backed stilt, greater yellowlegs, snowy egret, black-crowned night-heron, Andean coot and some others. 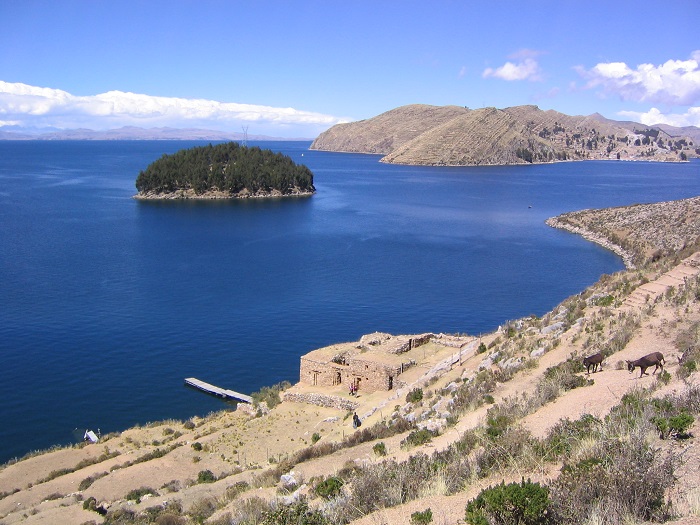 There are more than 42 islands and islets spread all around Titicaca which are very attractive for the visitors. The Uros, also known as the “Floating Islands”, Amantani, Taquile, Isla del Sol, Isla de la Luna, Suriki are one of the most important ones where every one of them can show differences in the people who are living in the area. 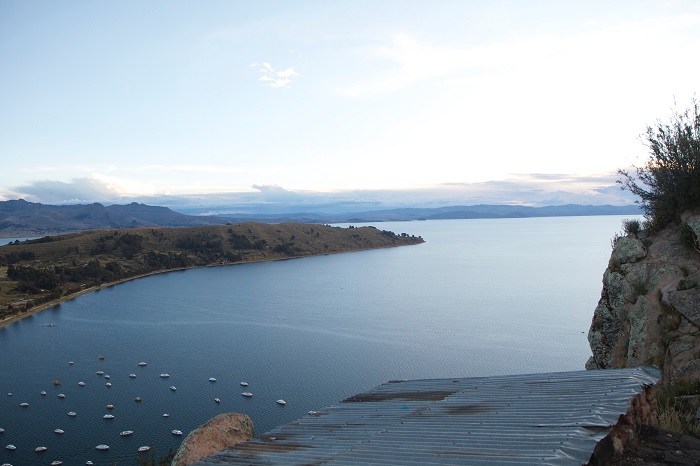 There are plenty of boats that are circling around the shores of this impressive lake, among which the largest vessel is 79 meters (260 feet) long SS Ollanta. With the great importance the lake carries, it is one magical place which can be very appreciated once you get there as one could enjoy in the amazing vistas from the towns that are on the shores of the lake, but also the fountain of youth, the amazing sunsets from the small islands, the ancient sites and plenty of other things. 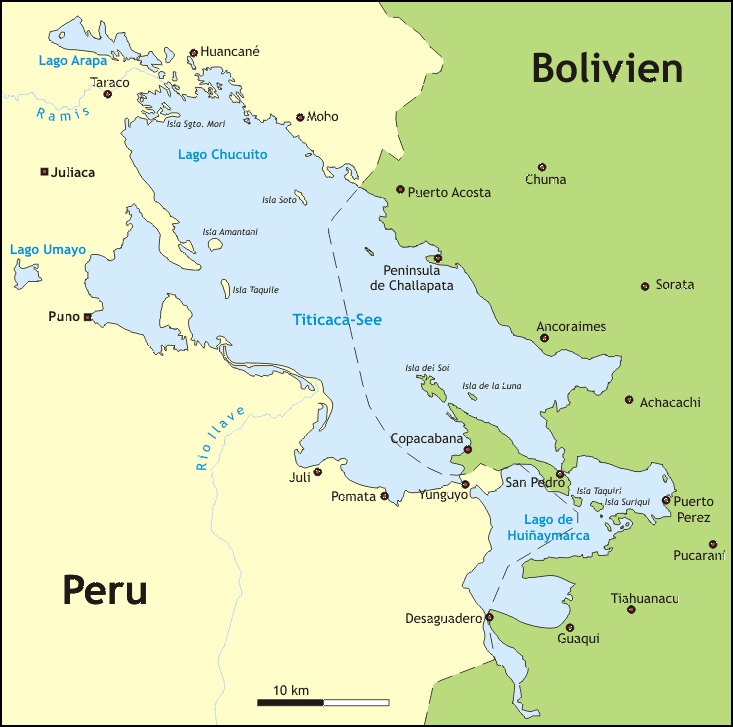 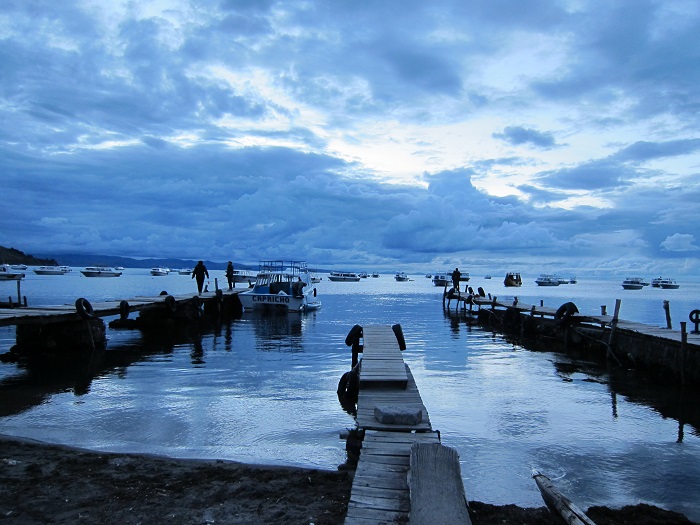 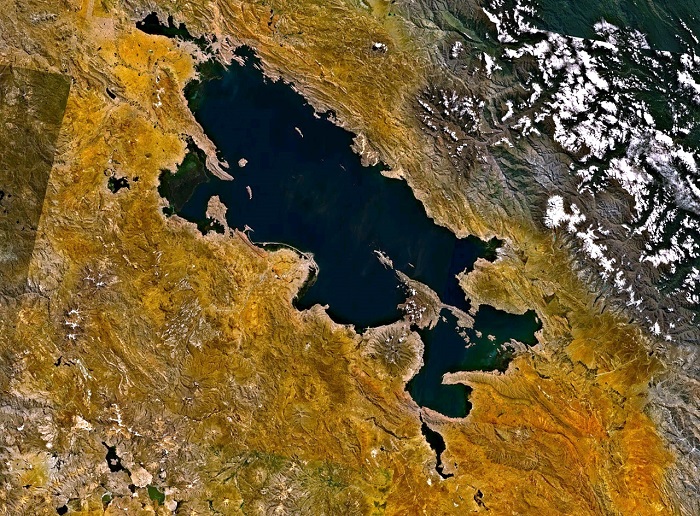 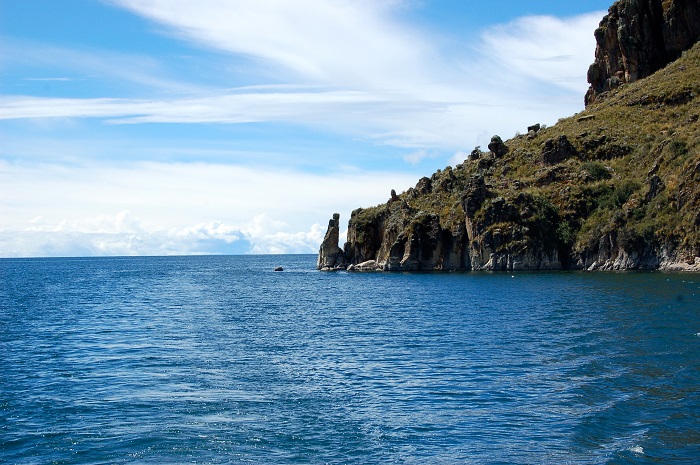 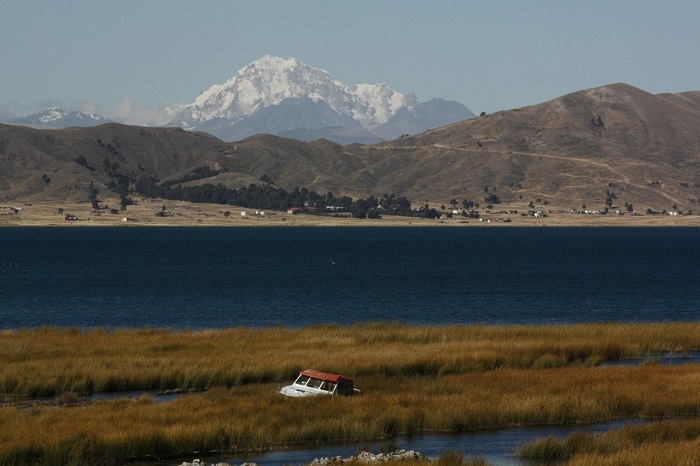 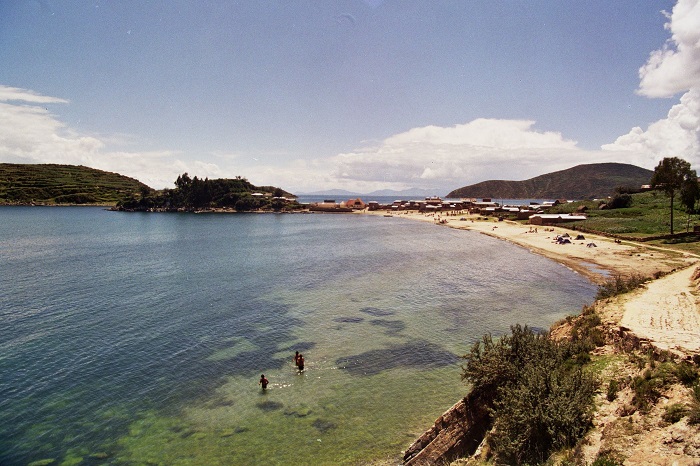 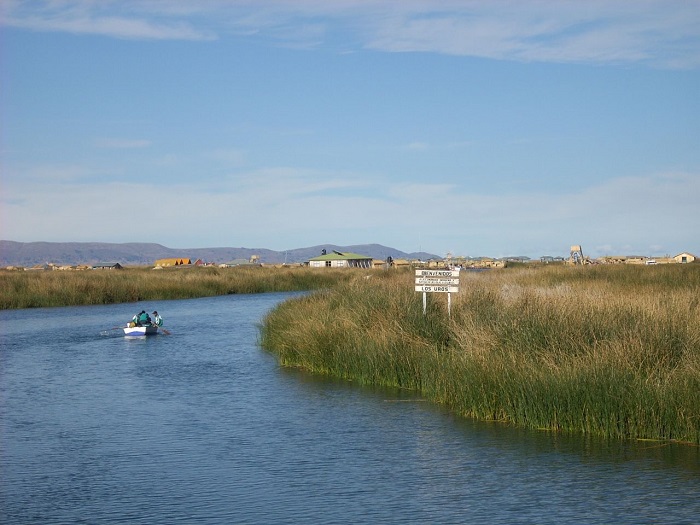 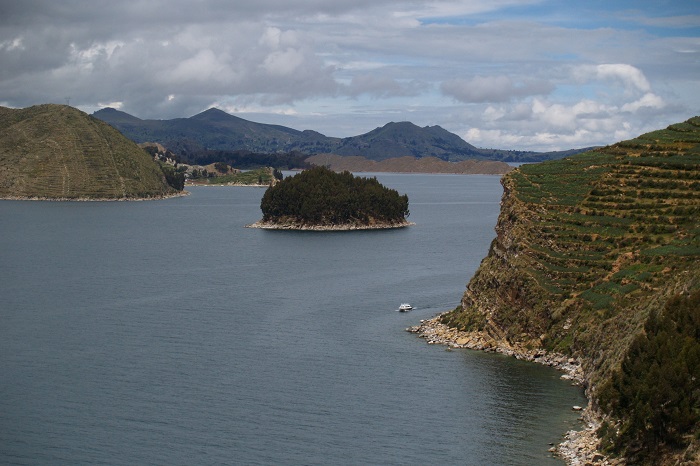 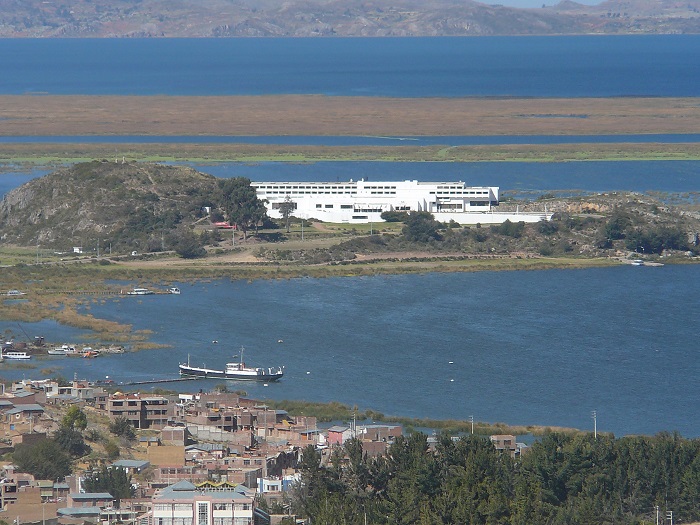 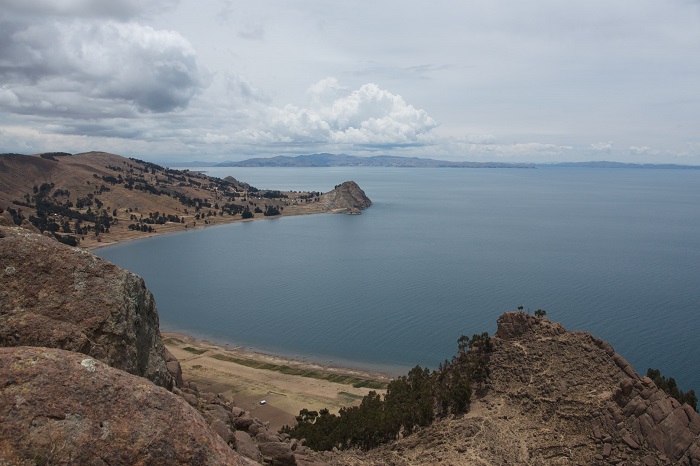 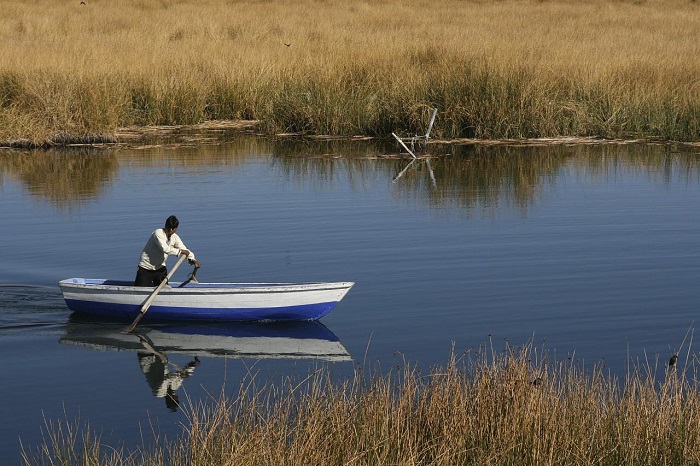