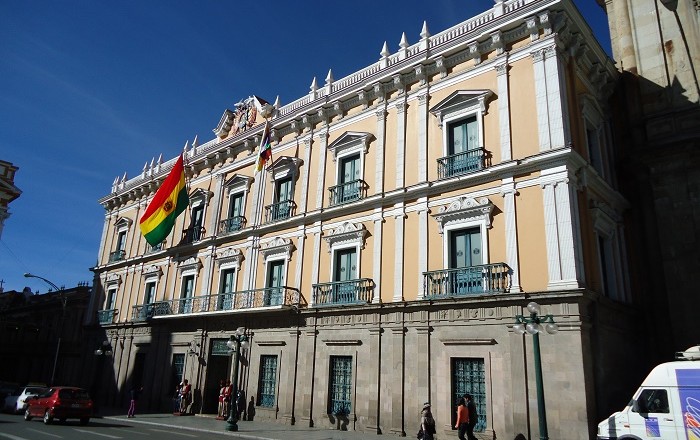 Palacio Quemado, also known as the Presidential Palace, is the name for the official building in which the Government of the Plurinational State of Bolivia is seated, and it is located in the city of La Paz, which acts as the seat of government. 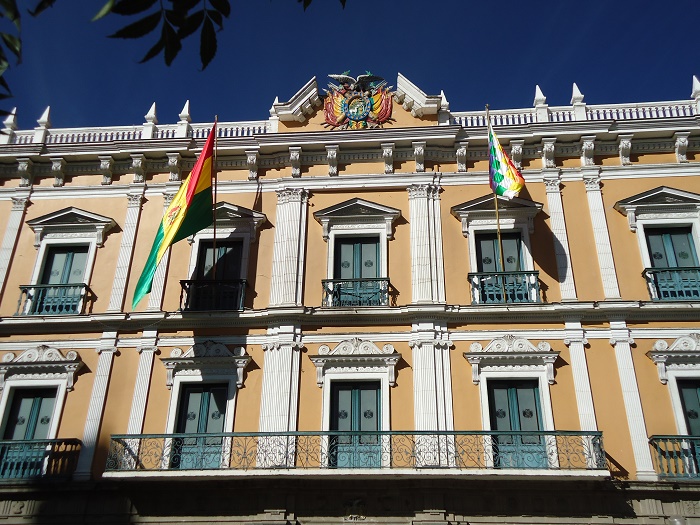 Being part of La Paz’s downtown, it serves as the official residence for the President of Bolivia, and it is one of the most important buildings in the country that has an interesting and rich history. With the quite brutal political history of the country, where presidents have been assassinated at an alarming state, it is interesting that the structure has survived the time and all of the things that happened to it. 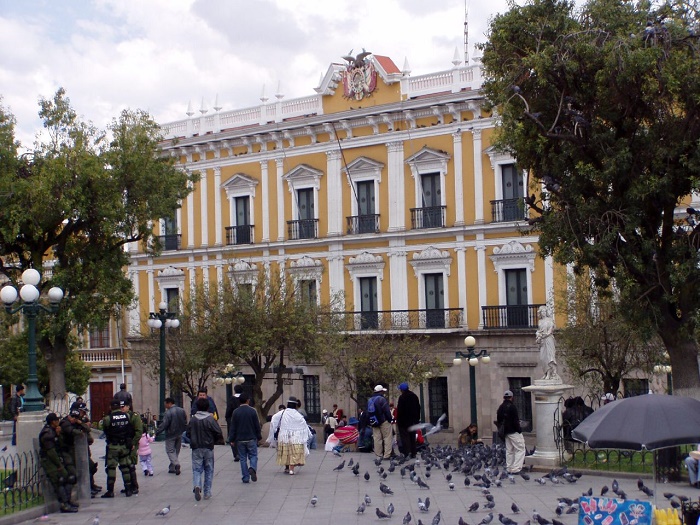 The name Palacio Quemado derives from the fact that it was set on fire and burned almost to the ground during an uprising that occurred in 1875, when rebels opposed to President Tomás Frías Ametller failed to storm the building. Instead they set the palace on fire, thus giving the name Palacio Quemado which when translated to English it means Burned Palace. 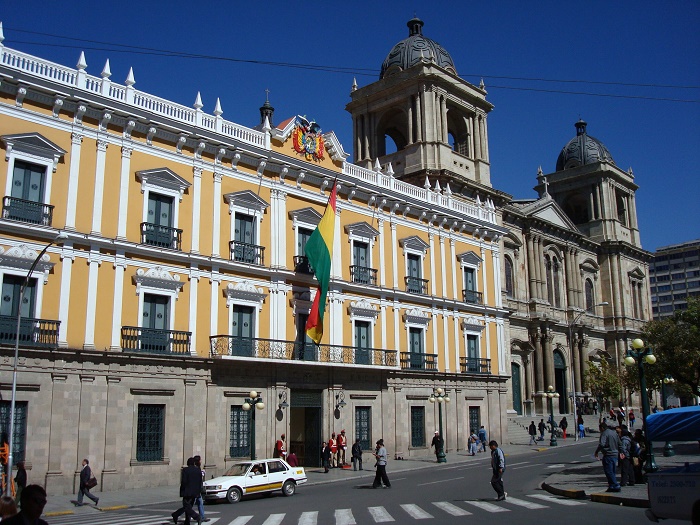 The official opening as the seat of the President happened during the time of President Manuel Isidoro Belzú, on 25 March 1853. This rectangular building has walls that are 37 meters (121 feet) long on one side, and 39 (128 feet) meters long on the other side, with the main façade that faces the Plaza Murillo which is approximately 15 meters (49 feet) high. 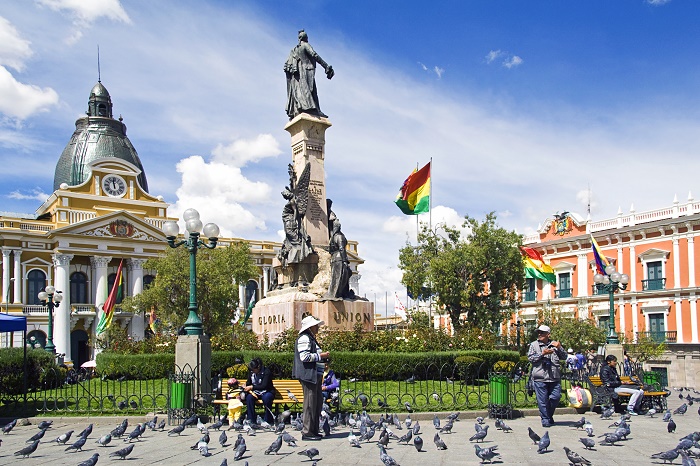 The palace is built in a neoclassical architectural style, with overlapping pillars, as well as Doric pillars on the first floor, Ionic on the second and Corinthian pillars on the third floor. The windows on the first (ground) floor are crowned by simple, yet elegant cornices, the second floor windows have scrolls that are matching the interesting Ionic pillars, whereas the third floor windows have even better fronton-triangular cornices. 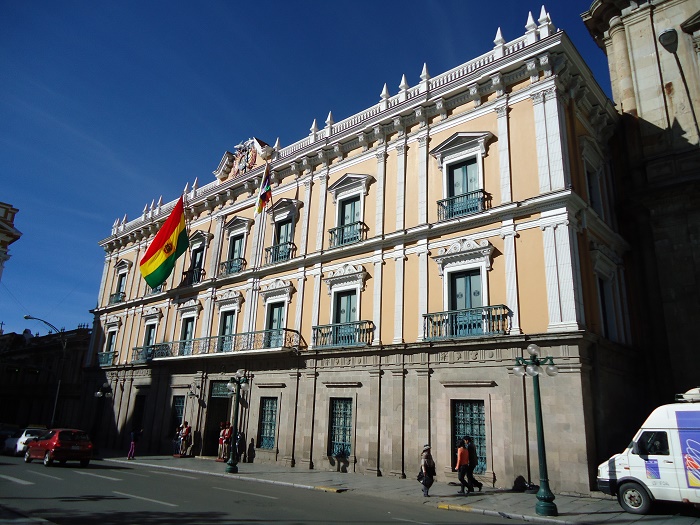 Within the Palacio Quemado is the Red Room which is used for receptions and meetings, located on the second floor and looks towards the main Plaza Murillo with a single balcony which is accessed through three gates. The name for the room comes from the color of the carpet and curtains,  and the it is filled with furniture that is in Louis XVI style. 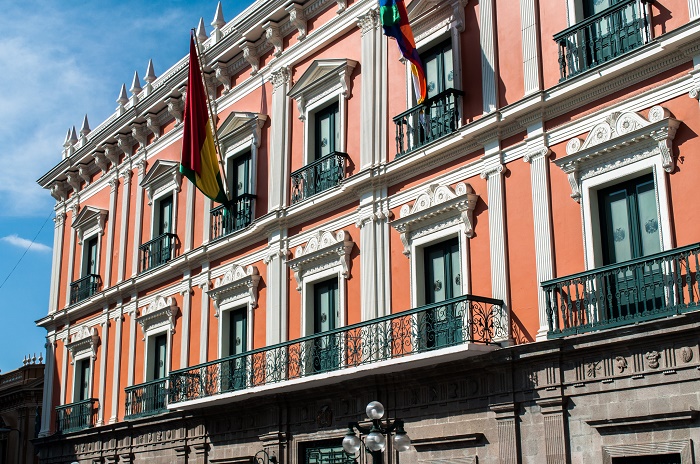 There are also many paintings that show the struggle for Independence and history of the country. The Hall of Mirrors is too on the second floor of the palace, adjacent to Ayacucho Street, and it is used often for protocol events where diplomatic credentials are handed to the President from the diplomats accredited to Bolivia. The name derives from the composed beveled mirrors that are framed with gold leaf just as in the manner of creating a painting, and the only existing picture in the room is the first map of Bolivia, situated above the part of the hall where the President of Bolivia is seated. 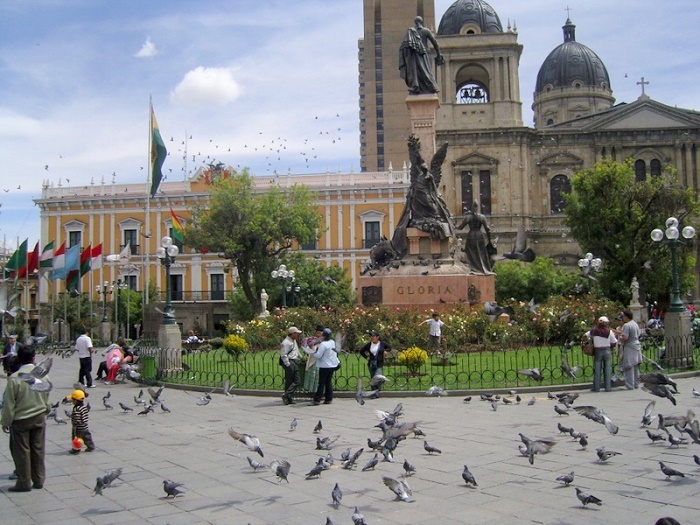 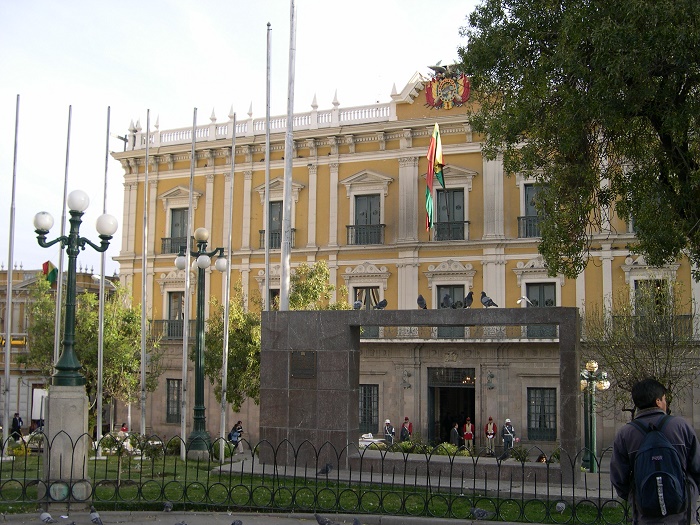 The Presidential Office on the other hand is a modern and functional place where the President of Bolivia is serving his term. In addition, there is also the Ministerial Cabinet of the Presidency, as well as the Presidential Bedroom adjacent to the Metropolitan Cathedral of La Paz, which is an area made for the President to get some rest. 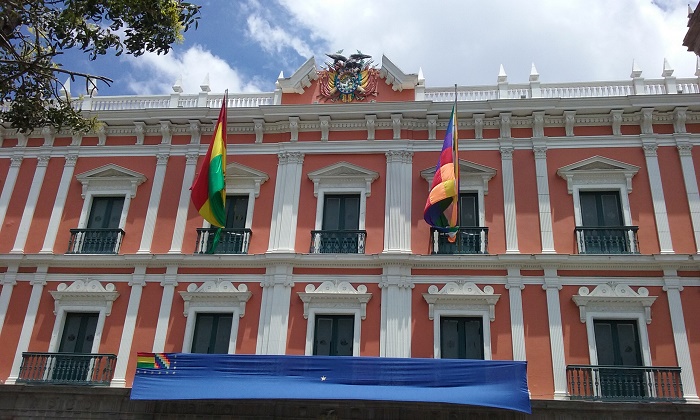 Nevertheless, President Evo Morales announced in 2011 the construction of a new palace behind Palacio Quemado, which would be a modern building with autochthonous details which will represent all of the ethnic groups in the country, and make the palace that serves as a seat for the moment a museum. Until then, the palace will continue to serve as the official seat of the President of Bolivia, and will “speak” from time to time about the intriguing history it already has. 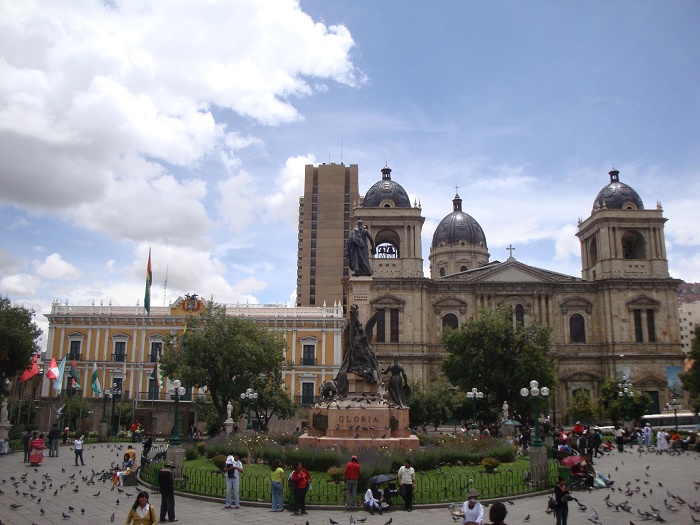