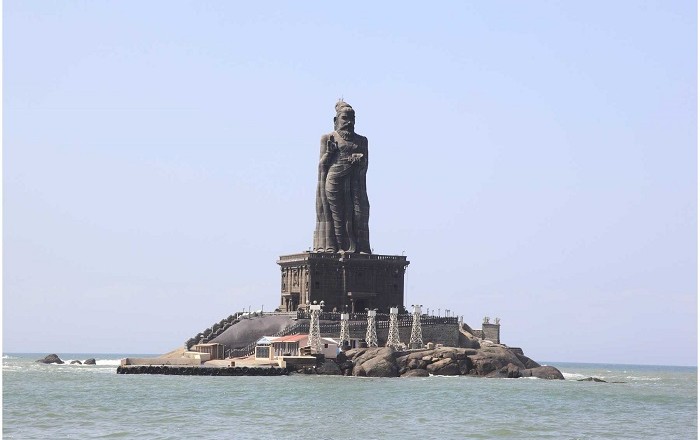 The Thiruvalluvar Statue is a really tall sculpture of the famous philosopher and also Tamil poet Thiruvalluvar, which is located on a very small rocky island next to the town of Kanyakumari, in the state of Tamil Nadu, within the Republic of India. 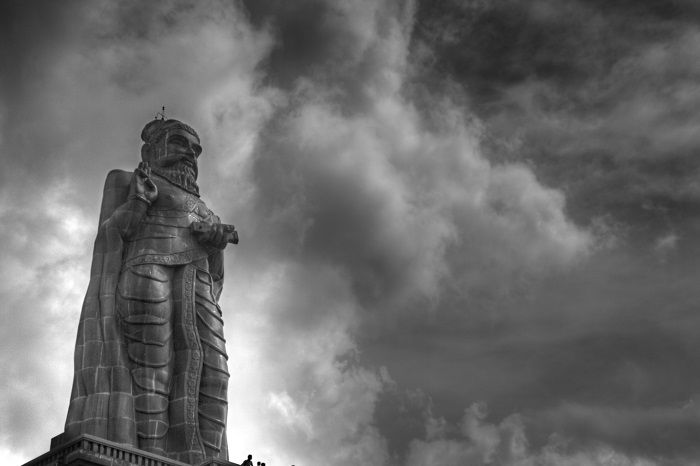 With a height of 29 meters (95 feet), it is accompanied with a tall pedestal which  is 12 meters (38 feet) tall, and this interesting statue was designed by the Indian temple and architect builder Dr. V. Ganapati Sthapati. The foundation was laid in 1979, which took long time to finish, so that the construction would begin in September 1990, however, it took almost 10 years for the masterpiece to be finished, and officially it was uncovered on 1 January 2000. 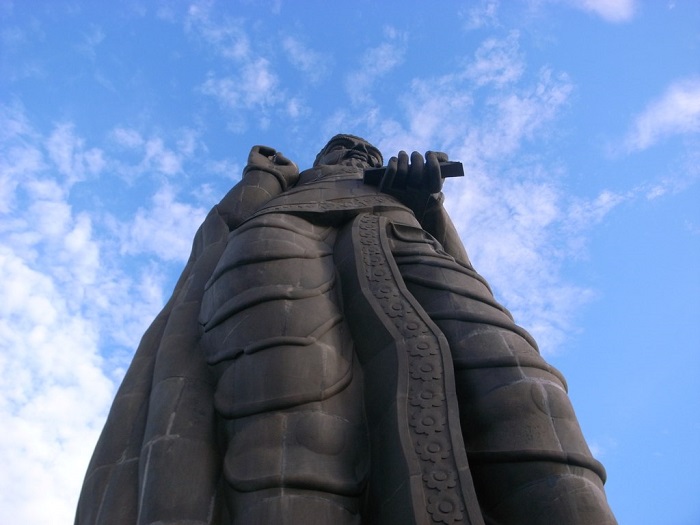 The pedestal which is known as Atharapeedam is surrounded by an Alankara Mandapam, which is also surrounded by 10 elephant statues which are signifying the eight directions. 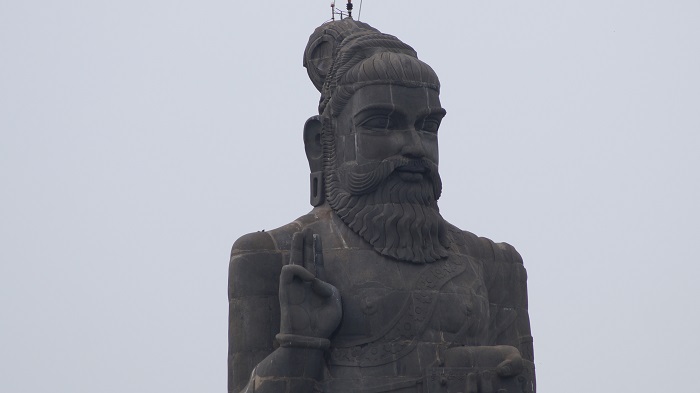 Full with symbolism, it is quite interesting to learn that the height of the pedestal actually simbolizes the 38 chapters in the Book of Aram in Thirukural and the statue of 95 feet on the pedestal represents the total chapters in Porul (70 chapters) and Inbam (25 Chapters), thus symbolizing that the theme of Porul and Inbam are based on Aram. 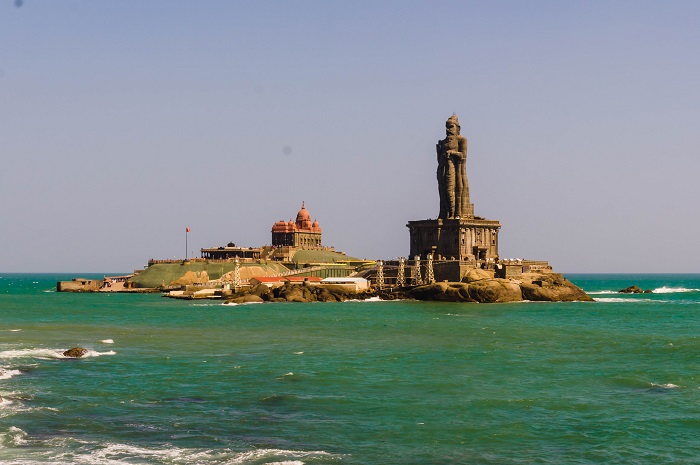 Perhaps the most interesting detail are the ears, nose, eyes, mouth and forehead, which were carved by hand from individual stones, and clearly they are the real work of a face expression of the amazing Thiruvalluvar. The total height of the statue with the pedestal is 41 meters (133 feet), nonetheless, the total weight is measured to be 7,000 tons. 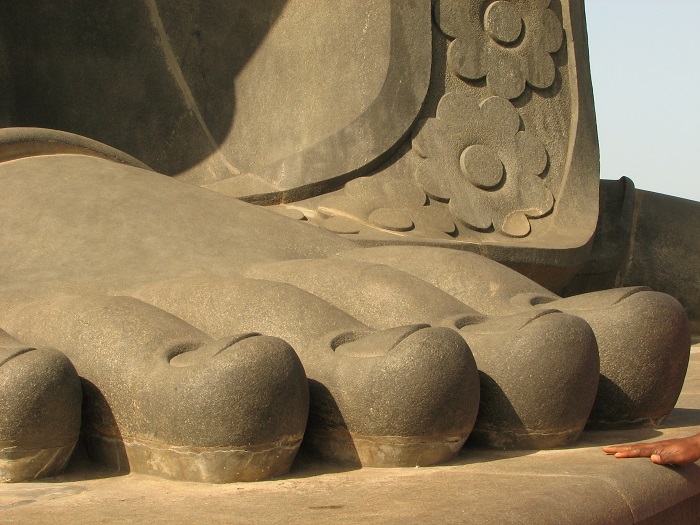 The interesting shape of Thiruvalluvar is clearly noticeable at the waist where a small bend is visible to the left side when standing in front of it, giving the idea of a dancing pose of the ancient Indian deities like Nataraja. The architect Sthapati was taking into consideration that India is in a zone where strong earthquakes could be common, so he designed it in that way for the statue to withstand earthquakes of unexpected magnitude. 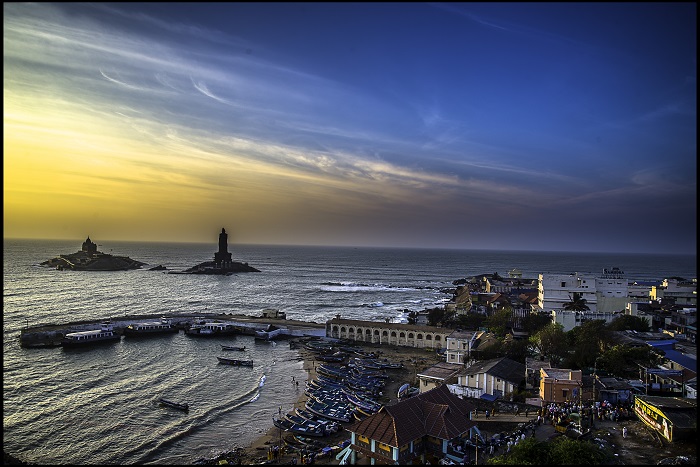 The statue was hit by the Indian Ocean tsunami on 26 December 2004, where fortunately survived it and still until today it brings awe and fascinating views of the visitors. Easily reached by a short ride with ferry, this humbling work draws plenty of people who would like to visit the artistry of the people involved in the construction of this masterpiece of stone and great philosophy. 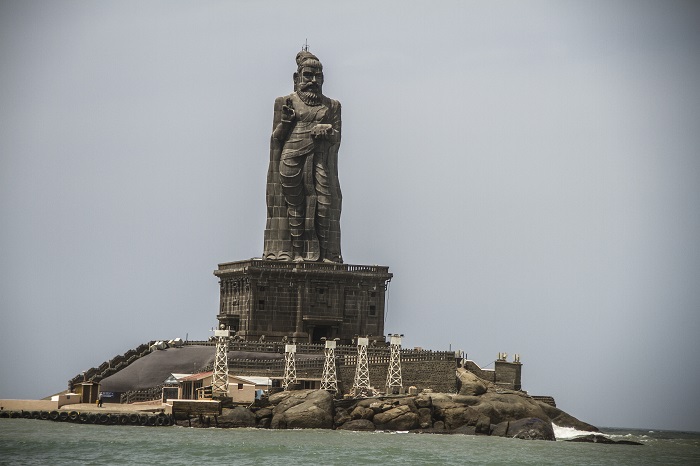 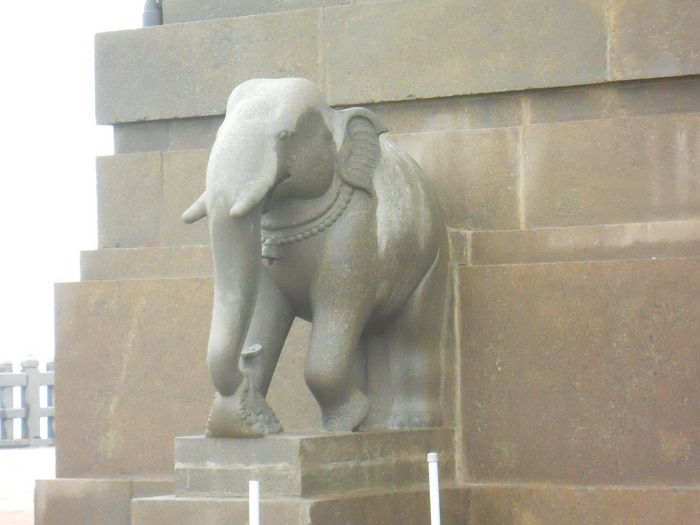 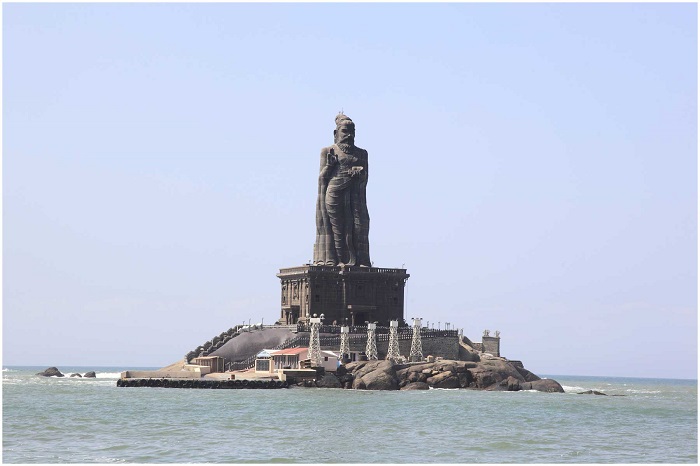 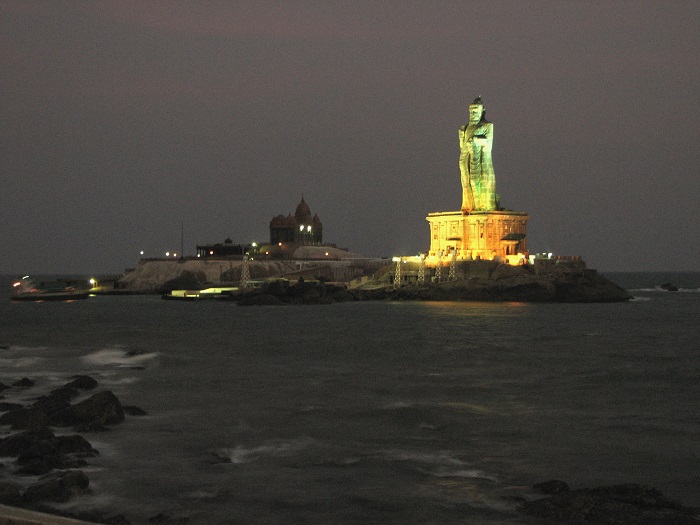