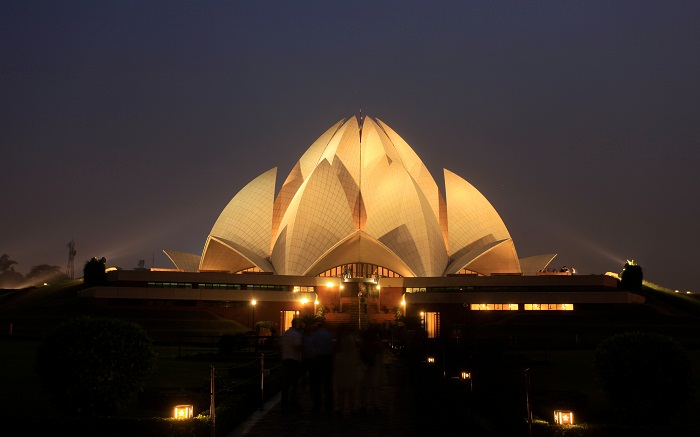 Lotus Temple is a Bahá’í House of Worship, notable for its design like a lotus flower, located in the capital of the Republic of India, New Delhi. It is built east of the Nehru Place, it is the last of seven Major Bahai’s temples built around the world. Serving as the Mother Temple of the Indian subcontinent, it has become a prominent attraction in the capital. 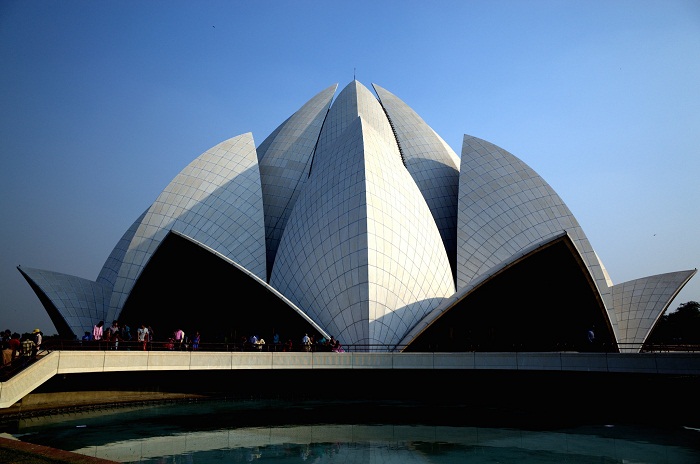 The diameter of the temple is 70 meters (230 feet), with a height of 34 meters (112 feet). Completed and opened in 1986, this alluring temple is as all Bahá’í Houses of Worship, sharing a certain architectural elements, which is a nine-sided circular shape. 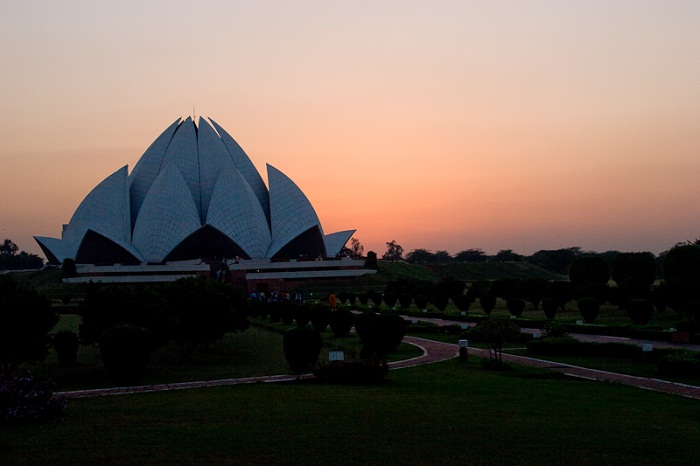 While all current Bahá’í Houses of Worship have a dome, this is not regarded as an essential part of their architecture. Composed of 27 free standing marble-clad “petals” arranged in clusters of three to form nine sides, this concrete flower-looking temple is open for everyone, no matter of the religion. 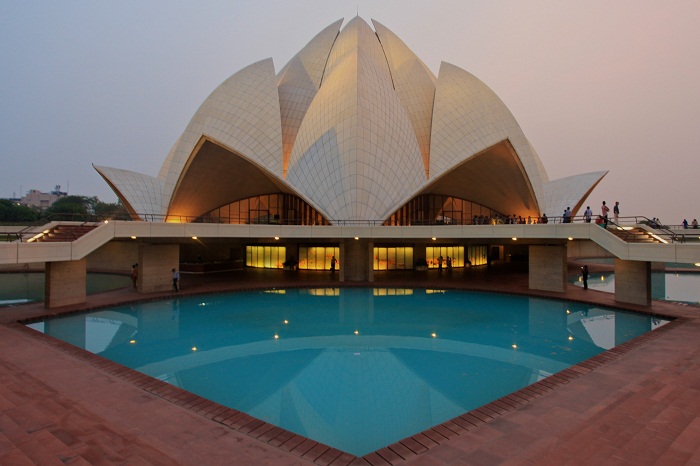 On an average, 8,000 to 10,000 people visit the Bahá’í House of Worship each day, and these visitors have admired its universal design in the form of a lotus and have been fascinated by the Teachings of the Bahá’í Faith, especially its tenets of the Oneness of God, the Oneness of Religions, and the Oneness of Mankind. 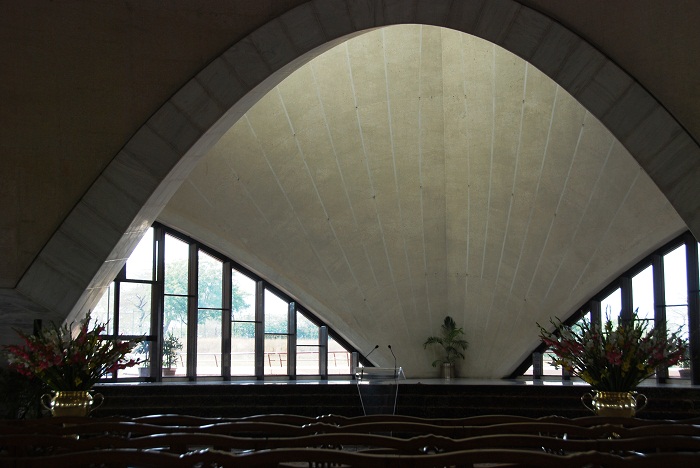 The architect Furiburz Sabha chose the lotus as the symbol common to Hinduism, Buddhism, Bahai Temple Jainism and Islam, and around the blooming petals there are nine pools of water, which light up, in natural light. 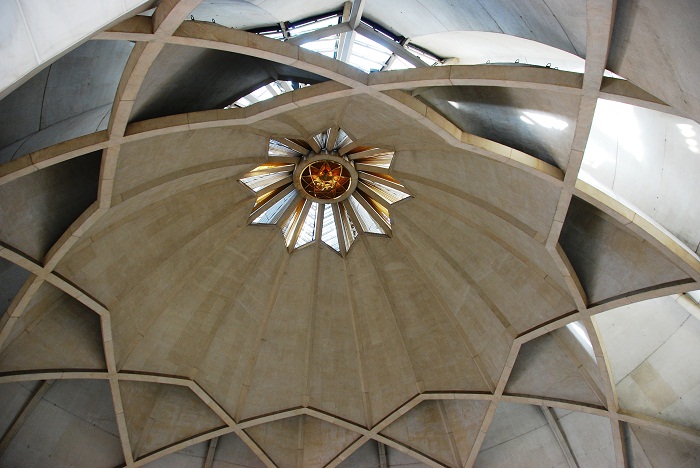 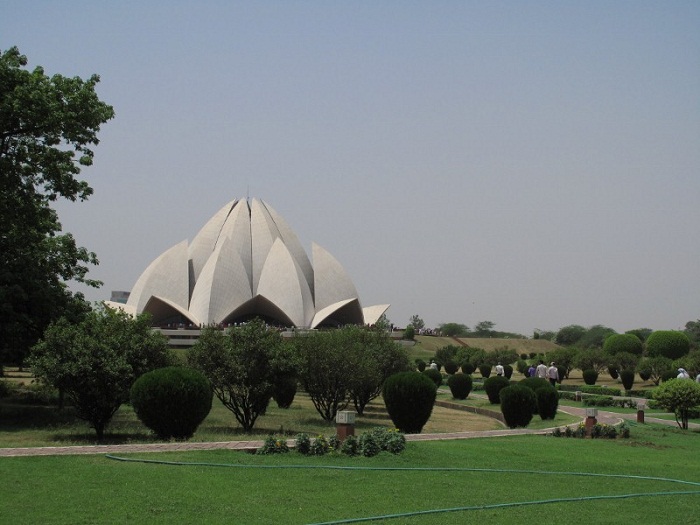 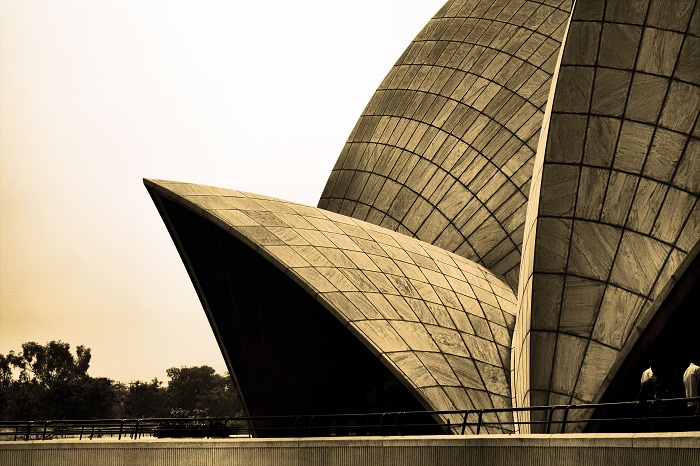 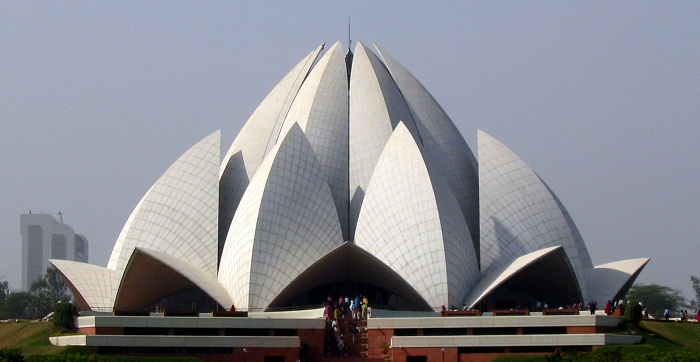 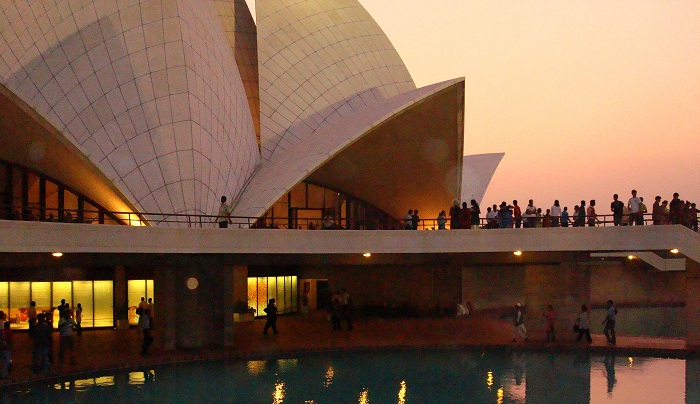 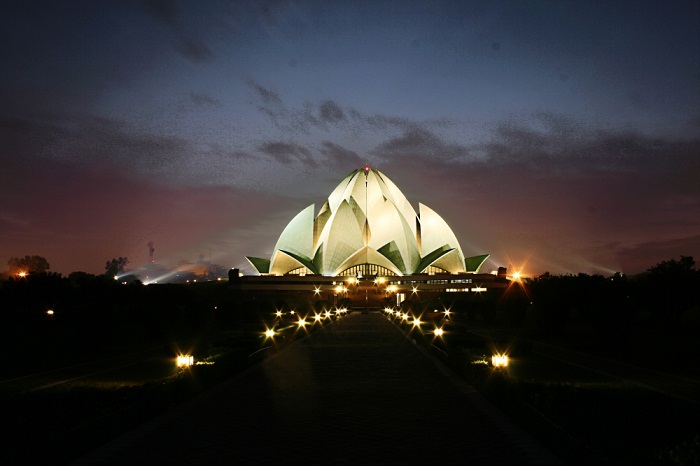 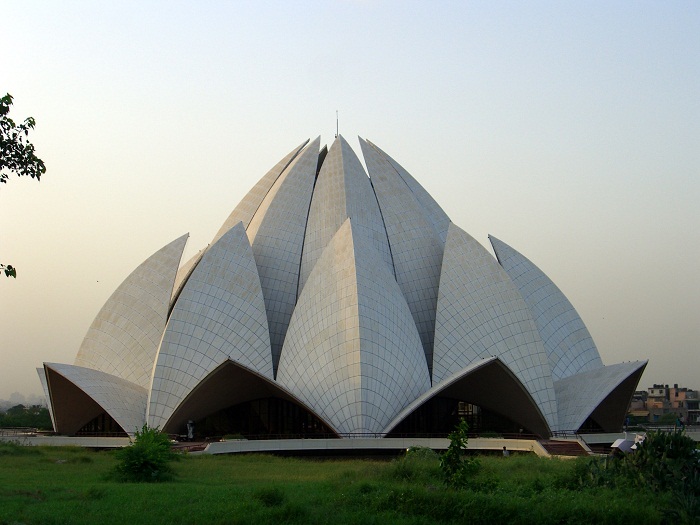