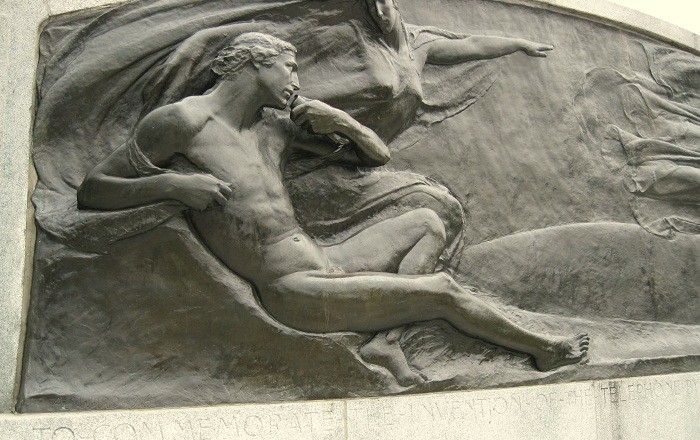 Bell Telephone Memorial, also known as the Bell Memorial, is a monument which is dedicated to Alexander Graham Bell, commemorating the invention of the telephone, and it is located near Brantford, Ontario in Canada. As he invented the telephone at his parent’s home in July 1874, later in 1904, it was proposed that Alexander Graham Bell should be commemorated for his invention. 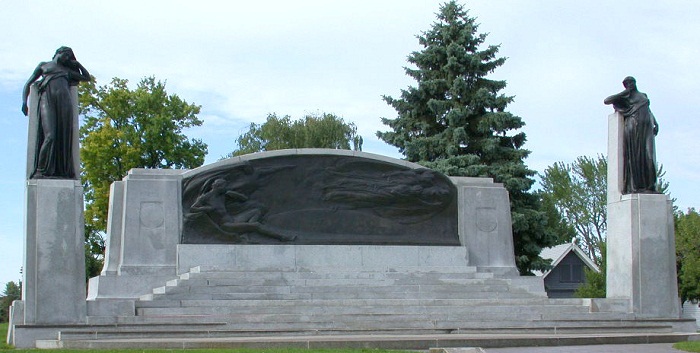 In 1906, the citizens of the Brantford and Brant County areas formed the Bell Memorial Association, where in 1908, the association’s designs committee asked sculptors on two continents to submit proposals for the memorial. It was the submission of the Canadian sculptor Walter Seymour Allward that won the competition, and with the first scheduled completion in 1912, it had to be postponed because Allward did not finish it and had to be aided by his studio assistant Emanuel Hahn. Five years later, in 1917, officially it was unveiled on 24 October by the Governor General of Canada, Victor Cavendish, 9th Duke of Devonshire. 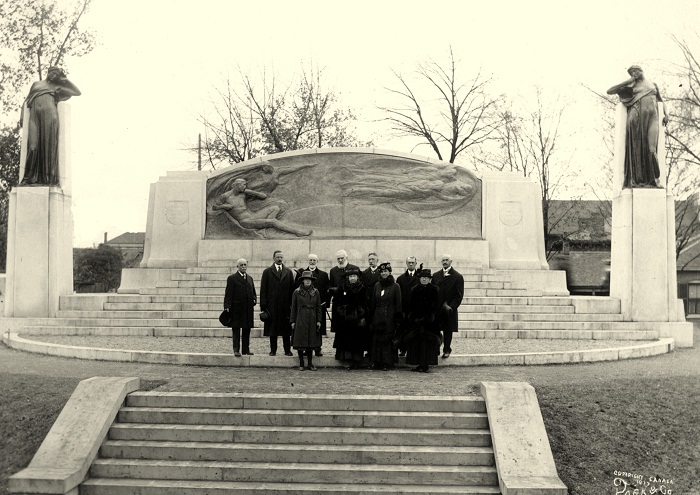 Being as an impressive monument, it consists of an immense mass of white Stanstead granite faced with the largest single bronze casting of its time. Conceptually, the sculpture is quite symbolic and is meant to convey the discovery of man’s power to transmit sound through space. 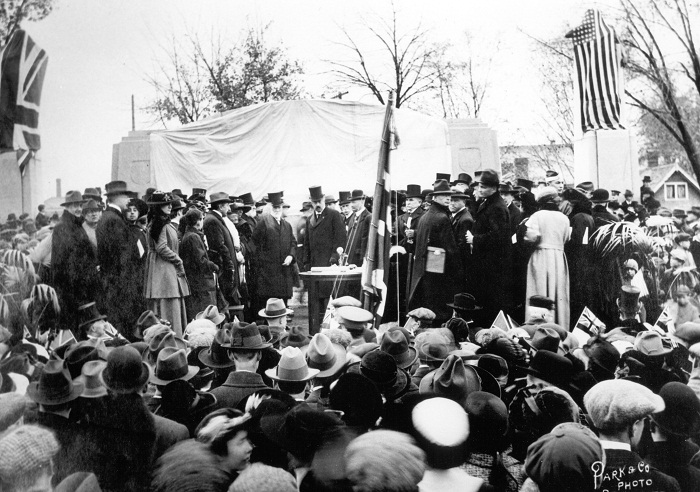 The bronze panel depicts in relief the reclining figure of man above whom a female figure floats. Representing ‘Inspiration’, the figure urges man on to greater endeavours, while at the other of the panel await the figures of ‘Knowledge’, ‘Joy’ and ‘Sorrow’, all brought to man by the telephone. 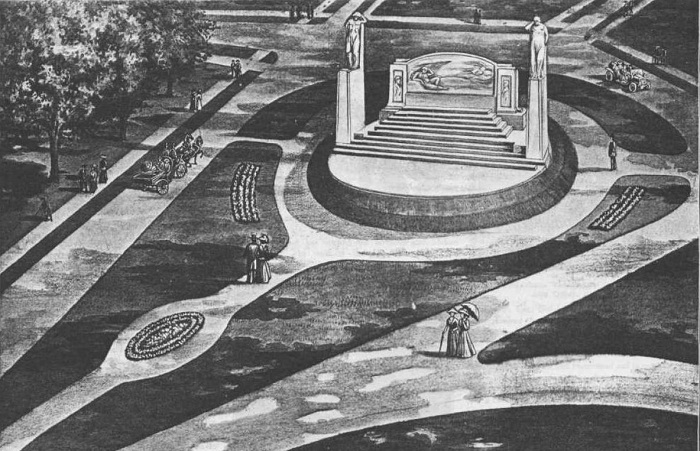 Representing ‘Humanity’ are two, bronze heroic female figures standing on granite pedestals to the front and on both sides of the main panel. One figure is portrayed in the act of sending, other in receiving a message over the telephone. The power of the telephone to traverse great distances is implied by the distance between the two free standing figures. 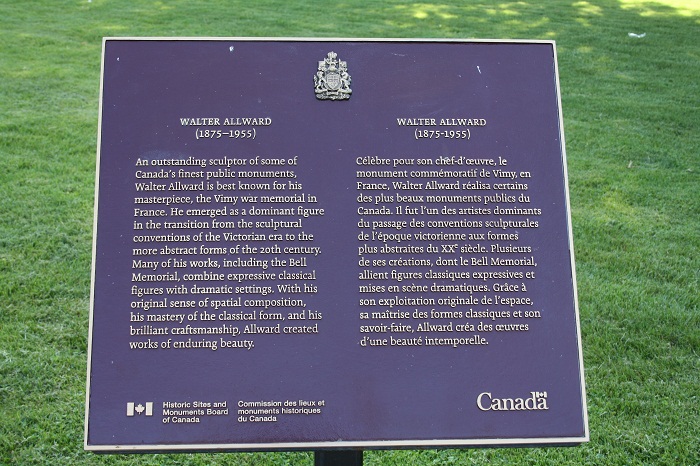 On the rear of the monument is a stone foundation with bullfrog gargoyles.Cut into the stone, on pilasters, are representations of the British Crown and Maple Leaf. On one side of the monument, a bronze plaque commemorates the names of the patrons and of the executive committee of the Bell Telephone Memorial Association. Together with a park, this memorial is definitely one of the most important and also impressive ones in the entire country, where the whole history has been described through the marble and bronze. 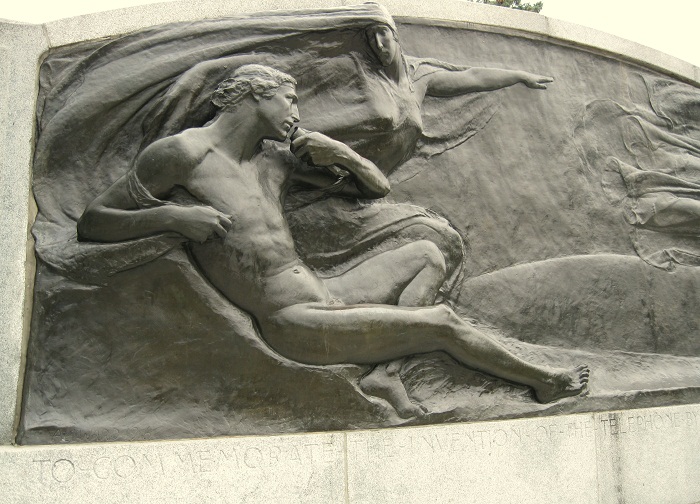