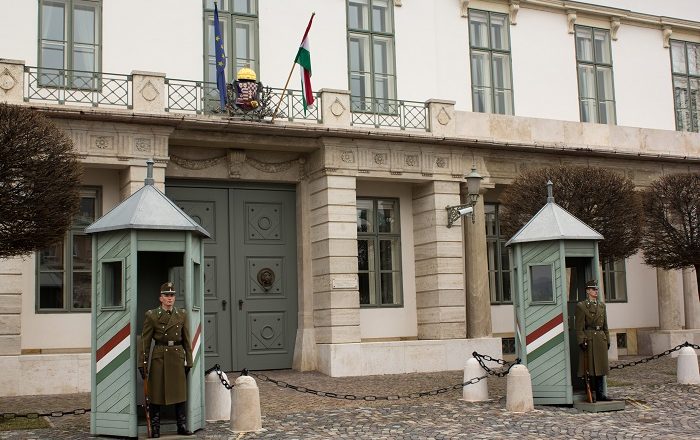 The Sándor Palace is a mansion that serves as the official seat of the President of Hungary, located in the vicinity of the Buda Castle in the capital city of the country, Budapest. 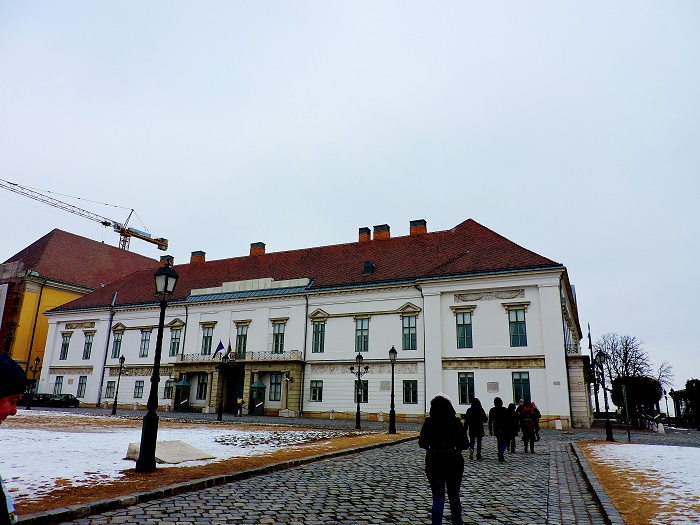 At the beginning, it was built between 1803 and 1806 for the aristocratic and very rich Sándor family, according to the design of one of the most important Hungarian architects, Mihály Pollack. 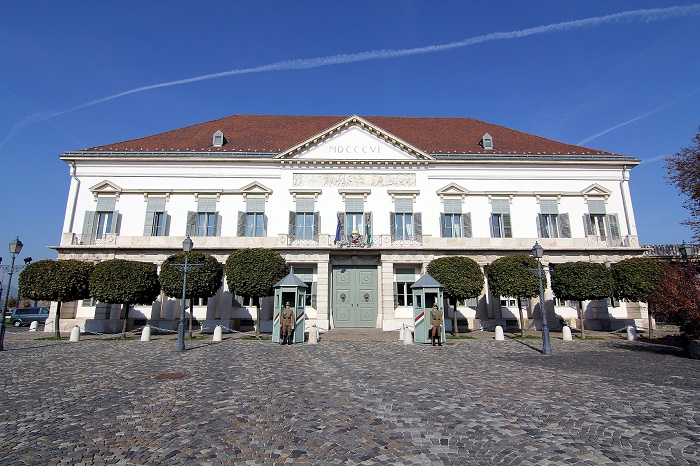 Following the neoclassical architectural style, the façade of Sándor Palace is quite interesting as to the southwest can be seen a pair of light green doors with the inscription Köztársasági Elnöki Hivatal, having the meaning “President of the Republic’s Office”. 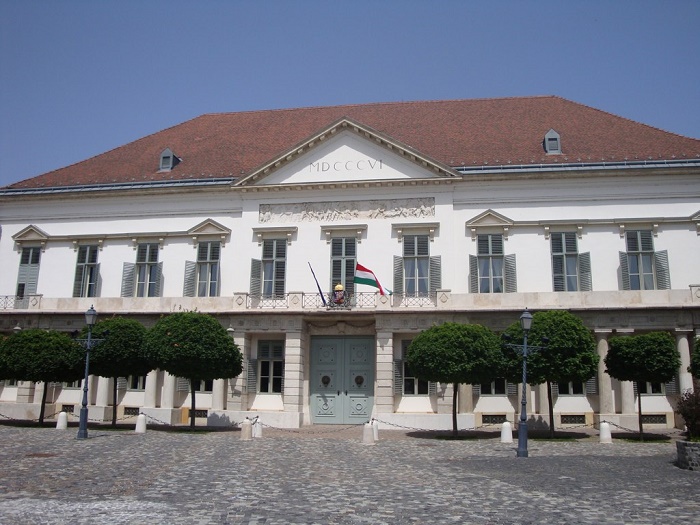 There is also on the iron balustrade above the inscription, the modern coat of arms of Hungary which is flanked by the flags of Hungary and the European Union. 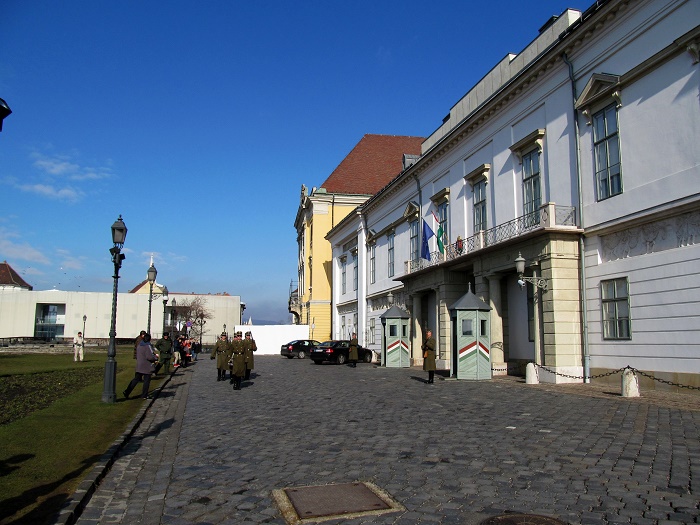 To the southeast part of the façade, there is a similar pair of light green doors with no inscription, while on the iron balustrade above these doors, the Hungarian and EU flags appear alongside the former Hungarian coat of arms, which depict Hungary quartered with Dalmatia, Croatia, Slavonia, Fiume and Transylvania. 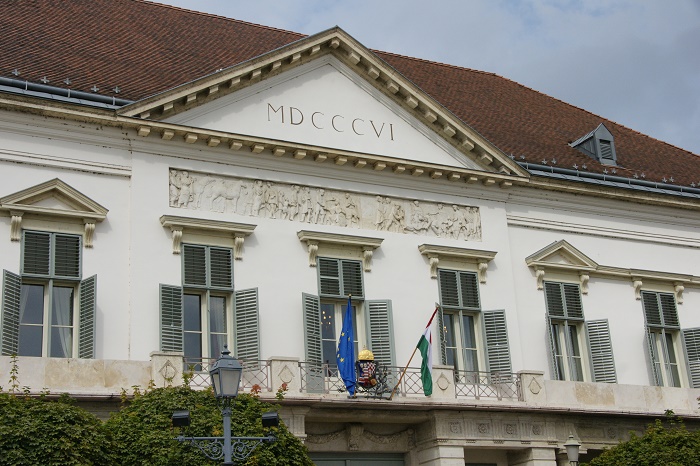 Right above the first floor, there is some kind of imitation of Graeco-Roman architecture which features the Roman numerals MDCCCVI, which signifies 1806 which is the year of the completion of the original palace. When the palace was completed, there were no fences, as it is the case today, which allows the visitors to get close and admire the beautiful piece of architecture. 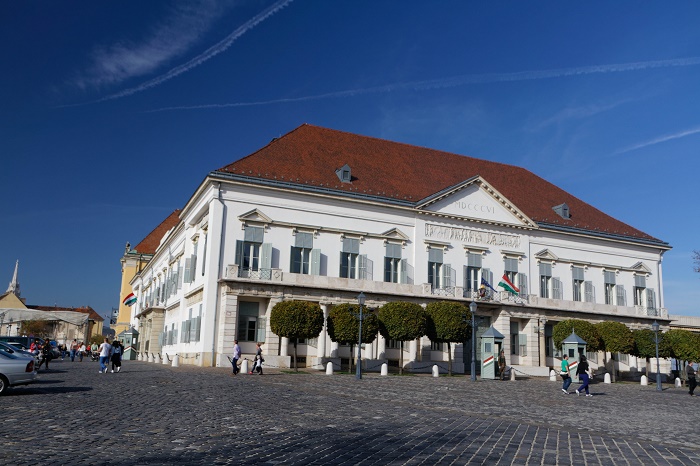 Throughout the years, the building was a place where plenty of Hungarian key political figures have been living, however, during World War II the palace was bombed and left in ruins, and it was neglected until the fall of the Communism in Hungary, when the political system changed in 1989. 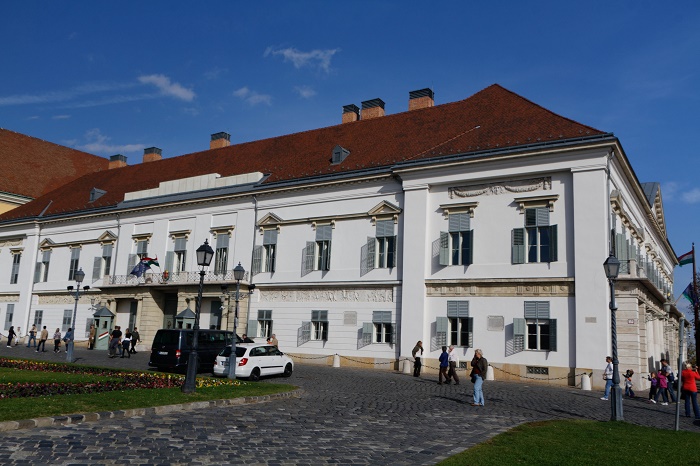 Thanks to a really devoted team of restoration workers, a roof was erected over the ruins and the walls were supported, and over the years, Sándor Palace was gradually restored to its former glory, according to the original blueprints that were recovered in 1983, together with the detailed history of contemporary maps. In addition, the interior was restored too to the previous look with replicas of the furniture that was once there. 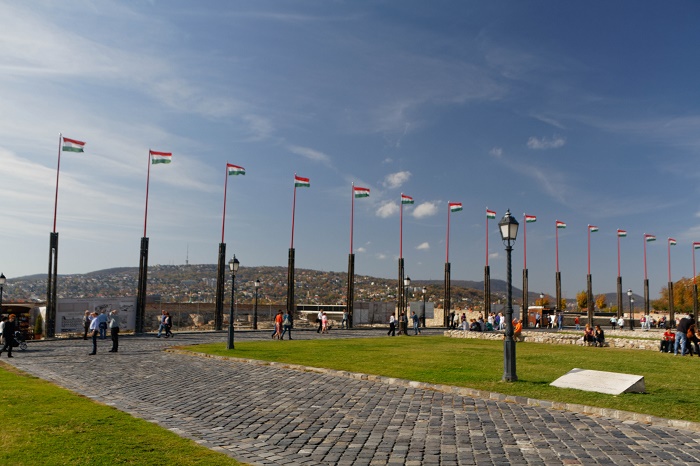 Occasionally open to the public, visitors are able to witness the lush Baroque interior which is, according to some, more impressive than the exterior. Nevertheless, just seeing this marvel on the outside, and also the change of the guards is something one should definitely do when visiting this historic city. 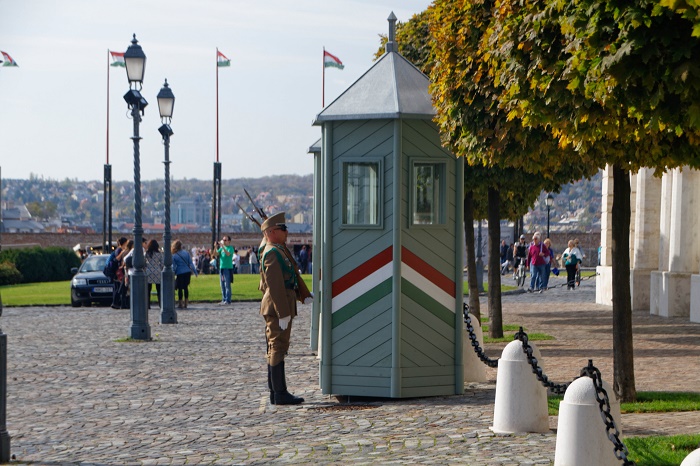 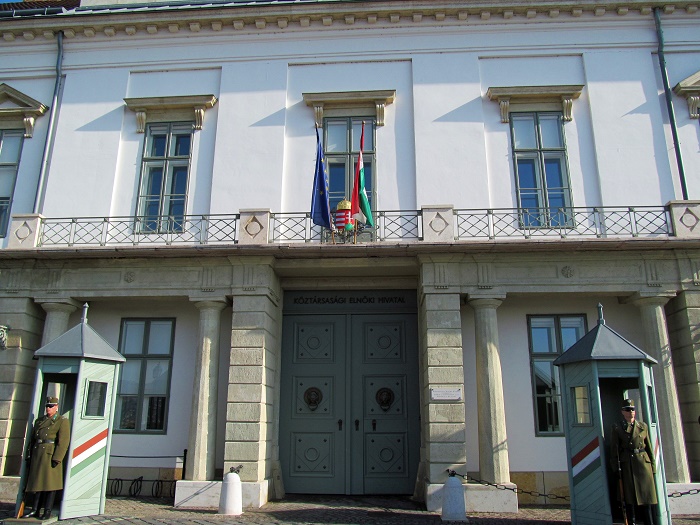 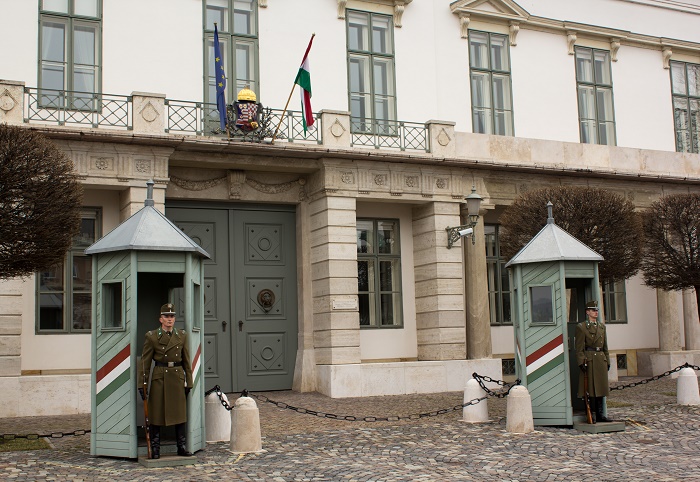