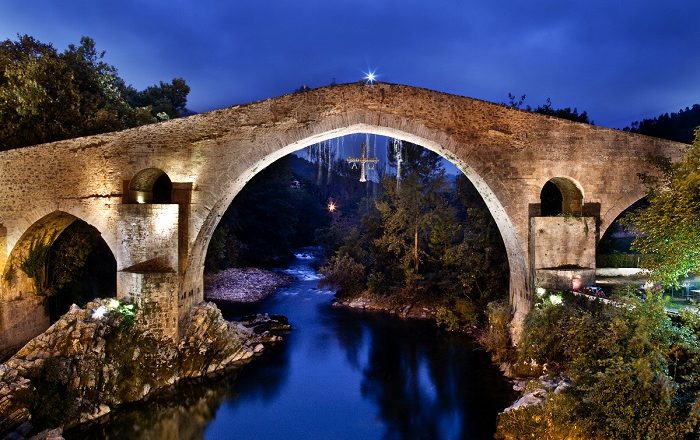 The Roman Bridge, sometimes referred to as the Big Bridge or the Puente Vieyu, is a historic bridge that has a unique humpback shape, and it is located over the Sella River in the Municipality of Cangas de Onís, which is part of the Principality of Asturias, within the Kingdom of Spain. 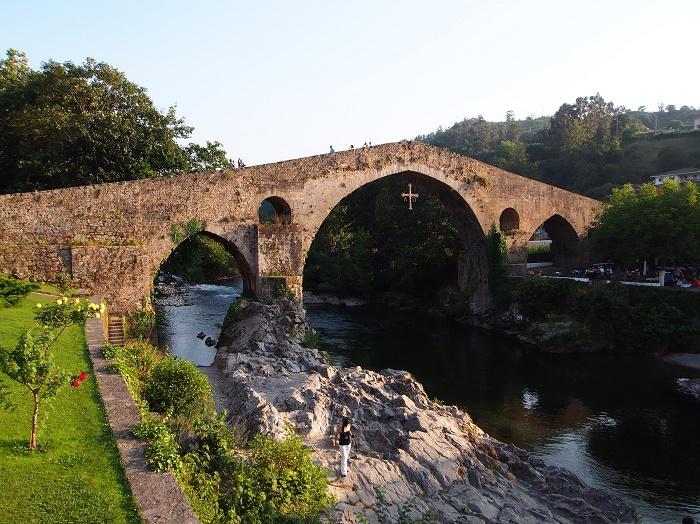 Being one of the most recognizable monumental symbols of the municipality, it is considered to be dating from the Middle Ages, even though there are some sources which suggest that it might have existed during Roman times. Nowadays it is a bit certain that the bridge might have been constructed between 14 and 15 century, even though there are no clear sources which will indicate this. 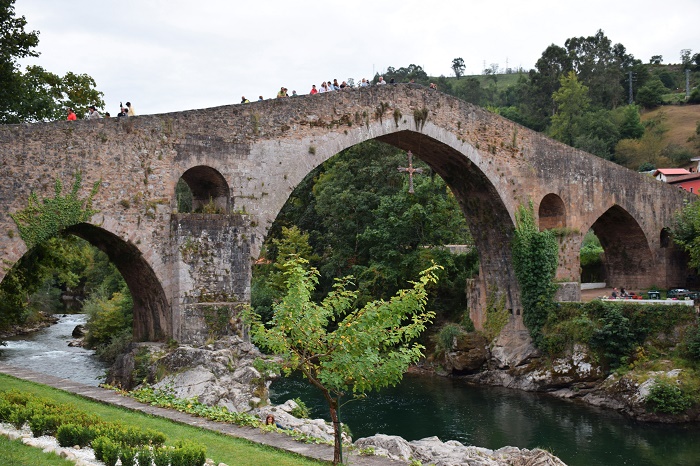 Nevertheless, the graceful and impressive outline follows somewhat a Romanesque style in transition to a Gothic one, with three slightly pointed arches. The central one is the largest one of the three and almost entirely crosses the river due to the broad span, but the other two vary in size. 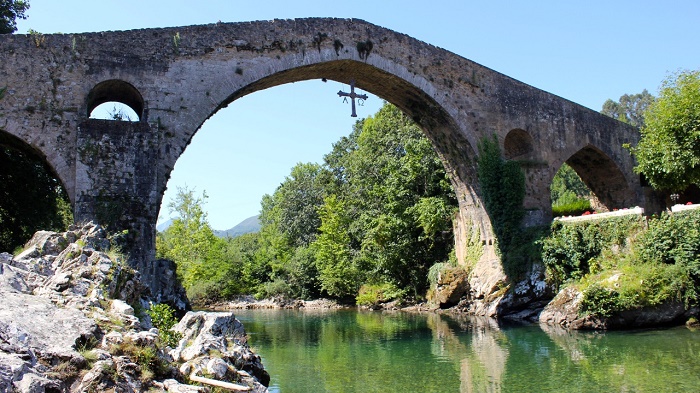 The impressive structure is constructed entirely from stone, which makes it an excellent masonry work because it has endured the weather conditions and seismic activities, and it still stands strong after so many centuries. All in all, a great architectural gem from Asturias that will continue to amaze people as they continue to discover it. 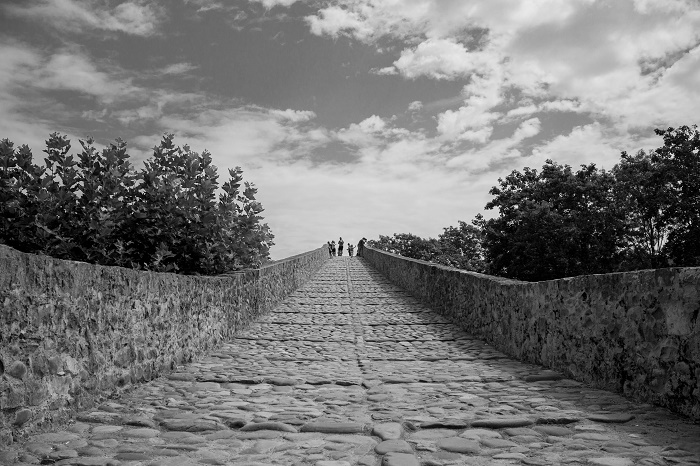