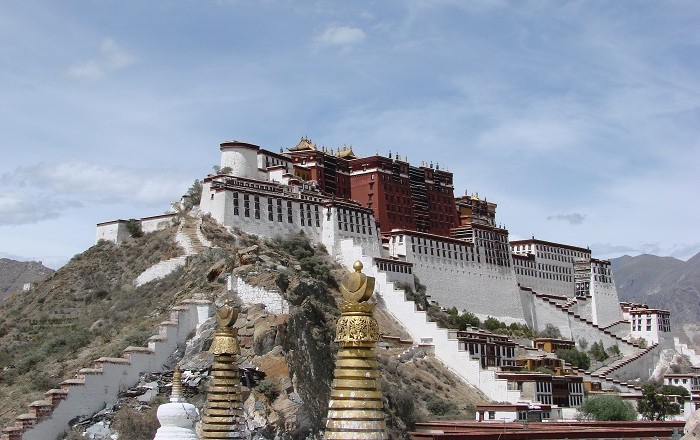 The Potala Palace is a grandiose palace and it was the official seat until 1959 of the Dalai Lama, located in the capital city of the Tibet Autonomous Province in the People’s Republic of China. As the Dalai Lama is no longer living in the country, nowadays the Potala Palace is serving as a museum and also it is listed on the UNESCO World Heritage Site list. 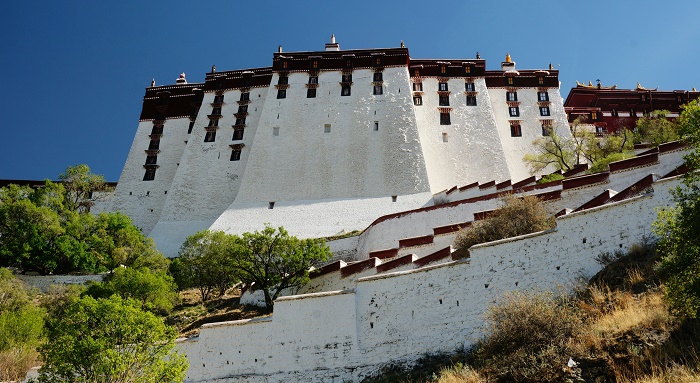 The Palace, or more commonly known as the winter palace of the Dalai Lama since the 7th century, has a major symbolism since it is a big mark of the Tibetan Buddhism as well as having the central role in the traditional administration of Tibet. 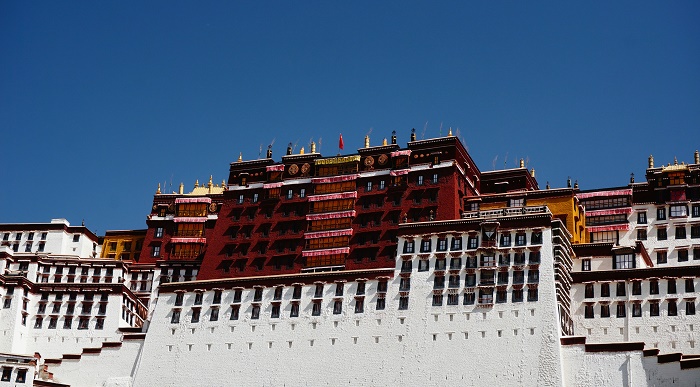 The whole grandiose complex is comprised of White and Red Palaces with their ancillary buildings, located in the middle of the Lhasa Valley on top of the Red Mountain at a height of 3,700 meters (12,100 feet) above sea level. The White Palace is the important part of the building complex, since it is the part that makes up the living quarters of the important figure, the Dalai Lama. 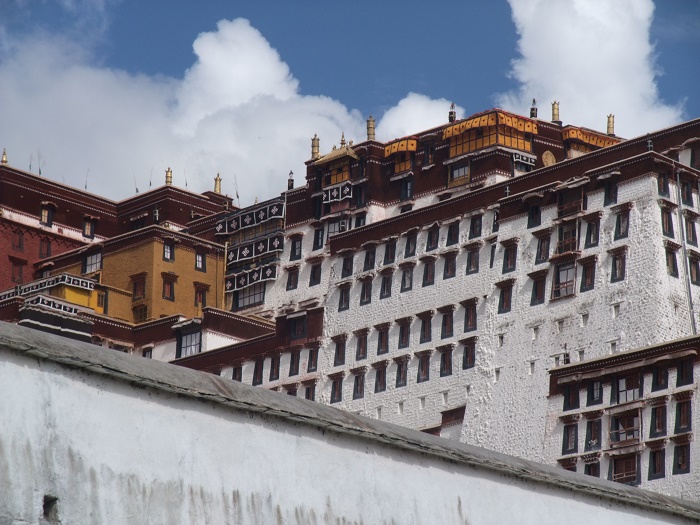 The first White Palace was built during the lifetime of the 5th Dalai Lama, when in 1649 he and his government moved in, so that soon after that the palace would be extended and it will continue to be extended until the 13th Dalai Lama in the early 20th century. 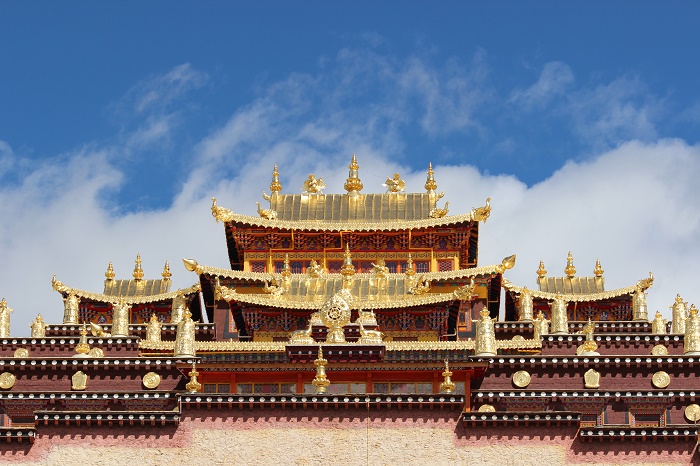 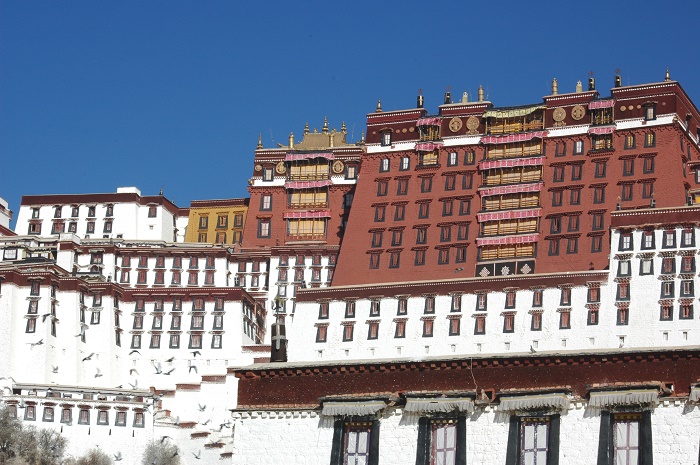 Nonetheless, within the White Palace there could be found the sacred golden stupas (the tombs of eight Dalai Lamas), and on the side of the White Palace in the courtyard between the two main Palaces, there is a yellow building that houses giant banners embroidered with holy symbols which hung across the south face of the Potala during New Year festivals. 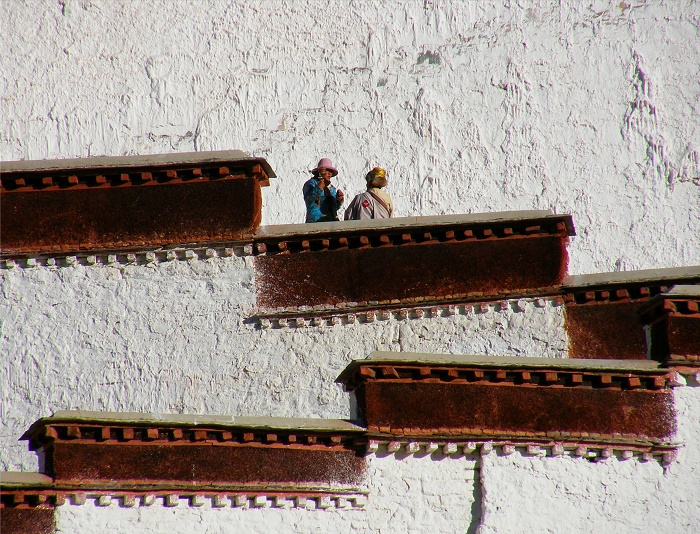 Continuing with the Red Palace which is on top of the White Palace, is the part of the building complex that is completely devoted to religious study and Buddhist prayer that consists of a complicated layout of many different halls, chapels and libraries on many different levels. 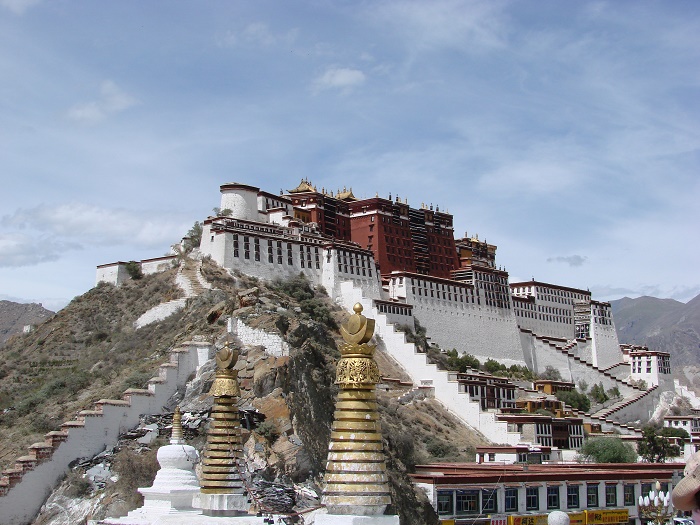 Most likely the most important part of this palace is the Great West Hall that consists of four great chapels that proclaim the glory and power of the builder of the Potala, the 5th Dalai Lama. 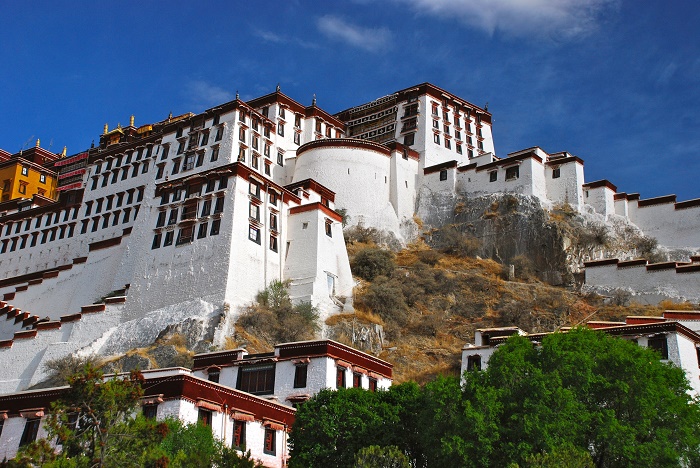 The hall is noted for its fine murals reminiscent of Persian miniatures, depicting events in the 5th Dalai Lama’s life. On the north side of the hall is the Saint’s Chapel which is an important shrine of the Potala Palace. Dating from the 7th century, it contains a small ancient jewel encrusted statue of Avalokiteshvara and two of his attendants. 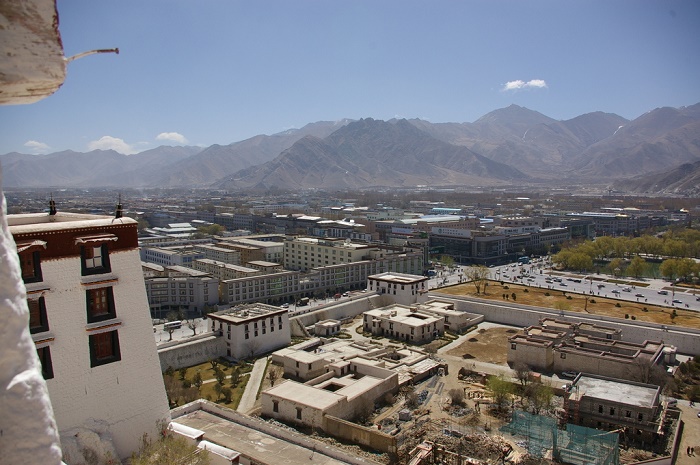 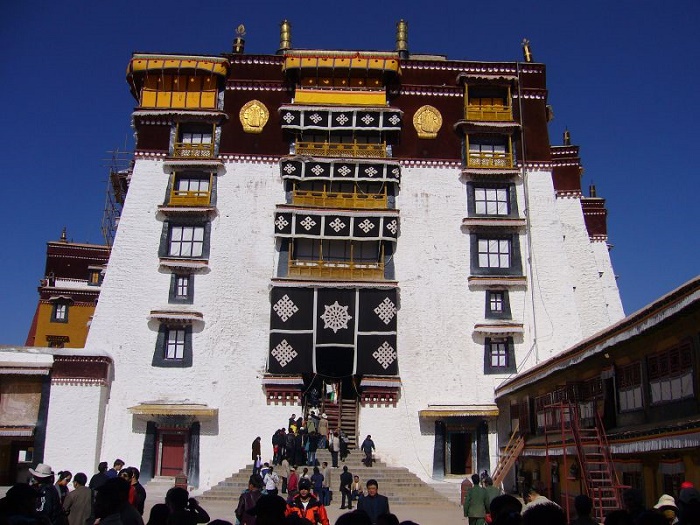 Enclosed within massive walls, gates and turrets, the Potala Palace today is alluring visitors with its beauty and originality if the architecture, the rich ornamentation and harmonious integration in the striking and amazing landscape. 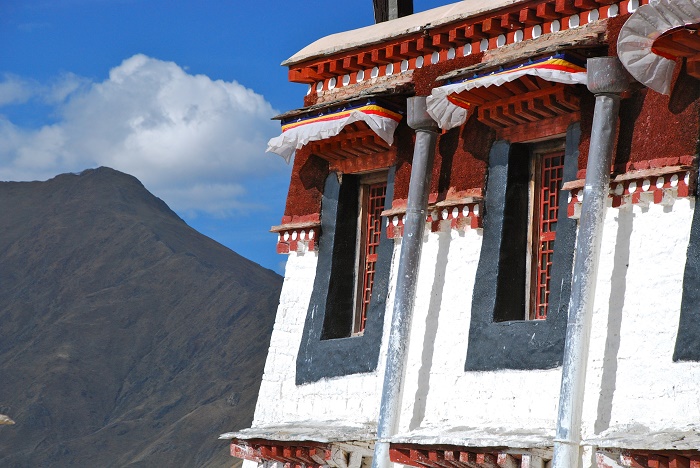 Being the highest ancient palace in the world, it is the ultimate Buddhist pilgrimage site that will allow those who would like the reach the peace and zen, of course, if they are not hit by the altitude sickness when climbing the steps to enter the Potala Palace. 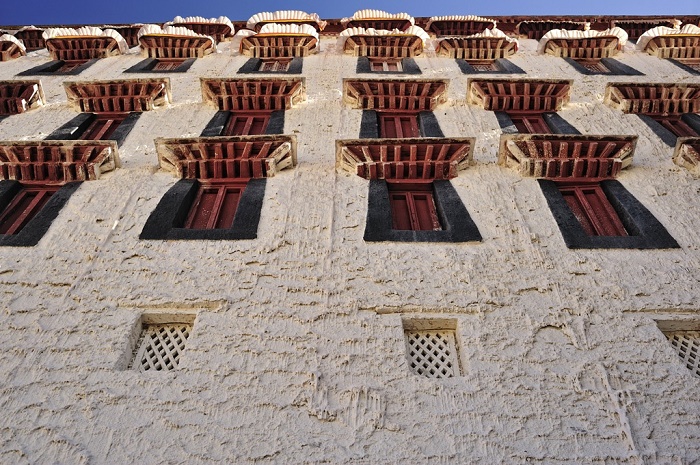 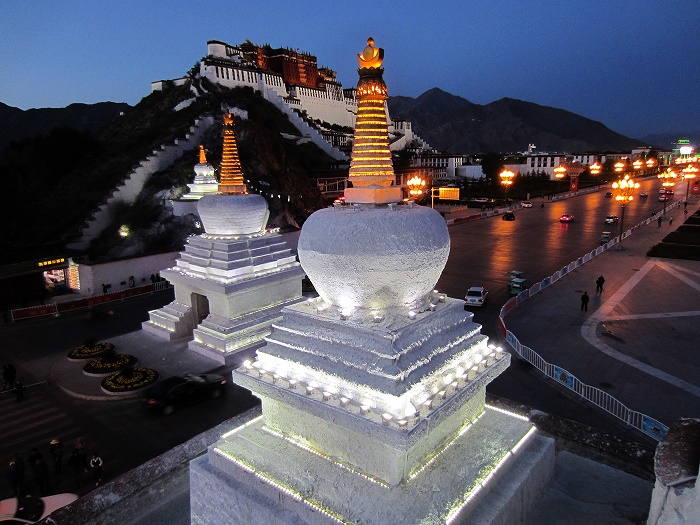 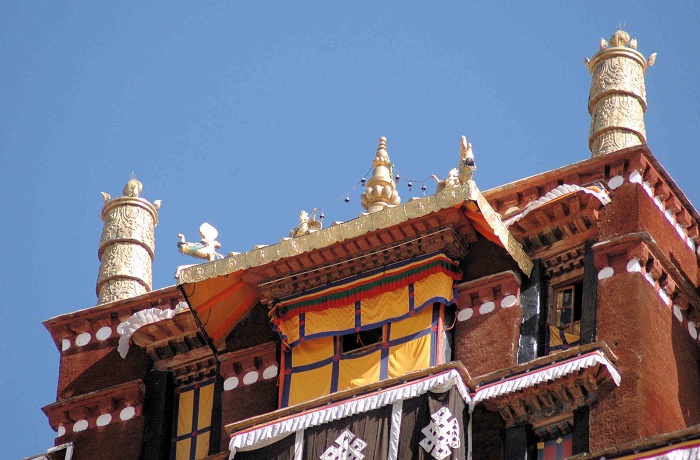 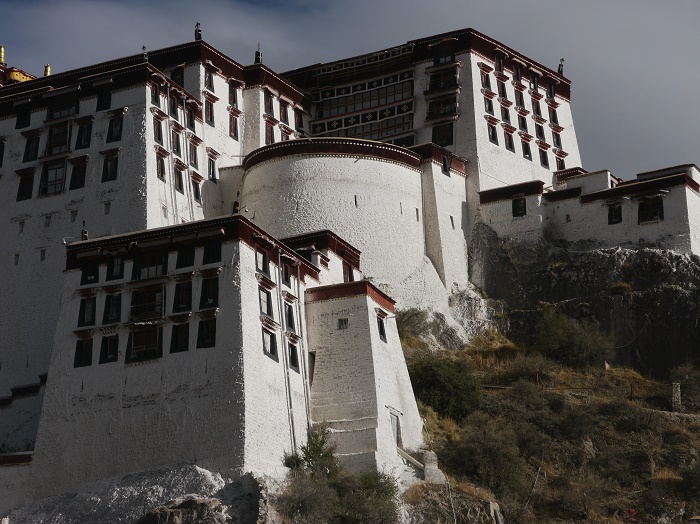