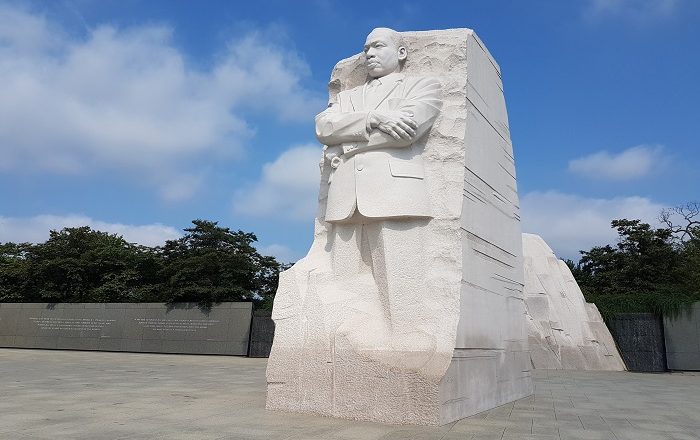 The Martin Luther King Jr. Memorial is a memorial area that is dedicated to the American Baptist minister and activist who became the most visible spokesperson and leader in the civil rights movement, Martin Luther King Jr., and it is located in West Potomac Park, within the eastern part of the capital city of the United States of America, Washington, D.C. 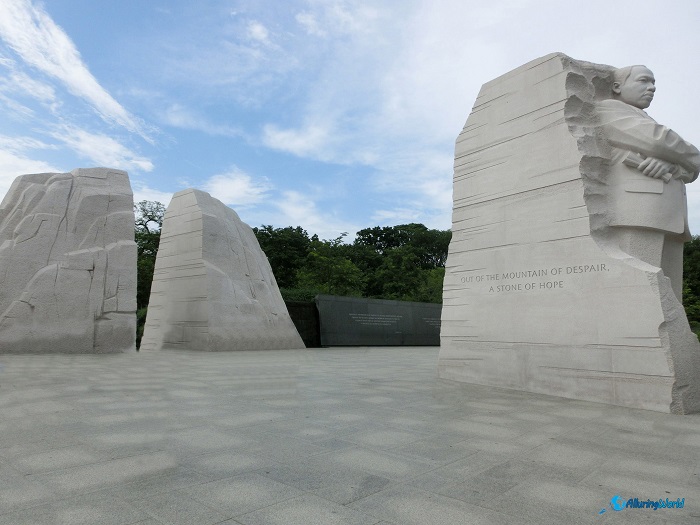 Covering an area of about 2 hectares (4 acres), before it started being built, a competition was organized, and from the plenty of applicants that gave different ideas for the construction of this important memorial, it was narrowed down to 23 finalists. The entire idea behind the construction of the memorial came from ROMA Design Group, which was selected as the best plan for building it. 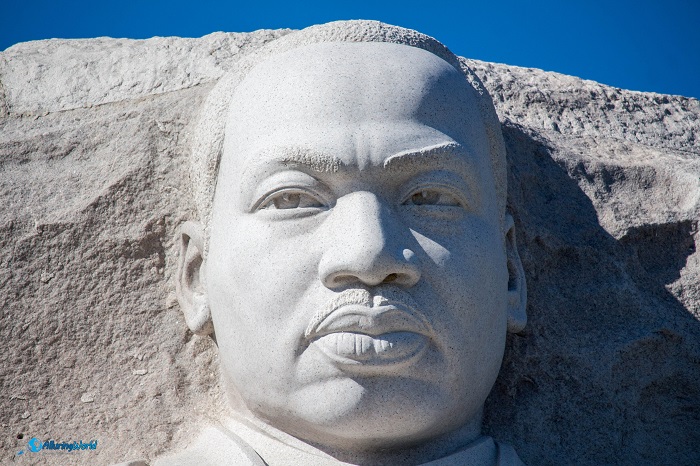 Today, this interesting memorial honors the legacy and the struggle for freedom, equality, and justice of Martin Luther King Jr. who tirelessly advocated for racial equality, the working class, and the oppressed around the world. The theme of the memorial comes from King’s historic 1963 speech “I Have a Dream”, where in his speech MLK tells the words: “Out of the mountain of despair, a stone of hope.” 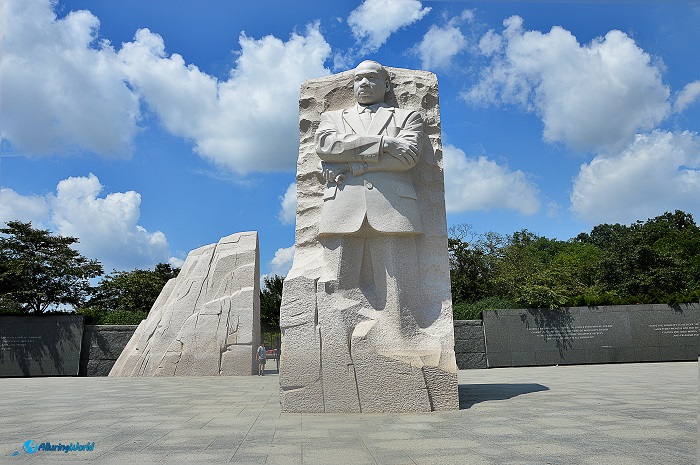 The design incorporates a massive carved mountain rock, which is sliced in the middle, and a large slice is pulled out if it, which in turn symbolizes the “Stone of Hope” that was cut from the “Mountain of Despair”. This slice in particular features Martin Luther King Jr., who due to its iconic work and famous speech was the inspiration of the Chinese sculptor Lei Yixin who carved the granite stone to the likeness of the great leader. 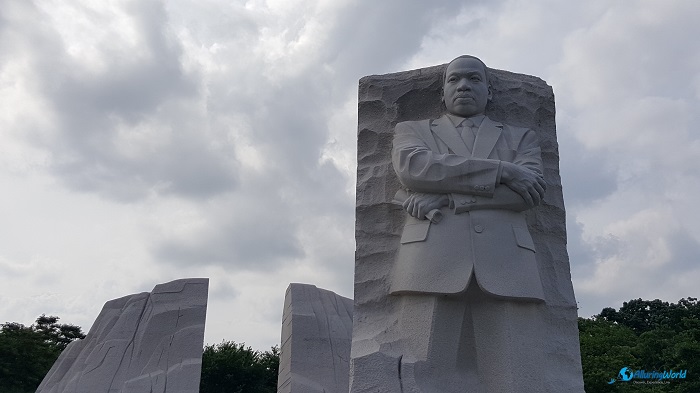 The statue is 9 meters (30 feet) tall, and every visitors passes through the “Mountain of Despair” in order to get as close as possible to the “Stone of Hope”, symbolically moving through the struggle as Dr. King did during his life. 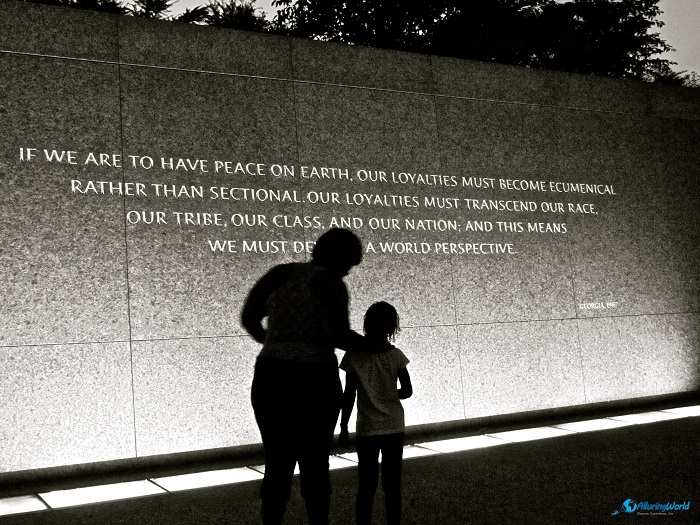 Furthermore, there is the Inscription Wall that features 14 quotes from King’s speeches, sermons, and writings, which makes every visitor to think of the four primary messages of Dr. King: justice, democracy, hope, and love. The Martin Luther King Jr. Memorial officially was opened to the general public on 22 August 2011, after two decades being spent on planning, fund raising and construction. 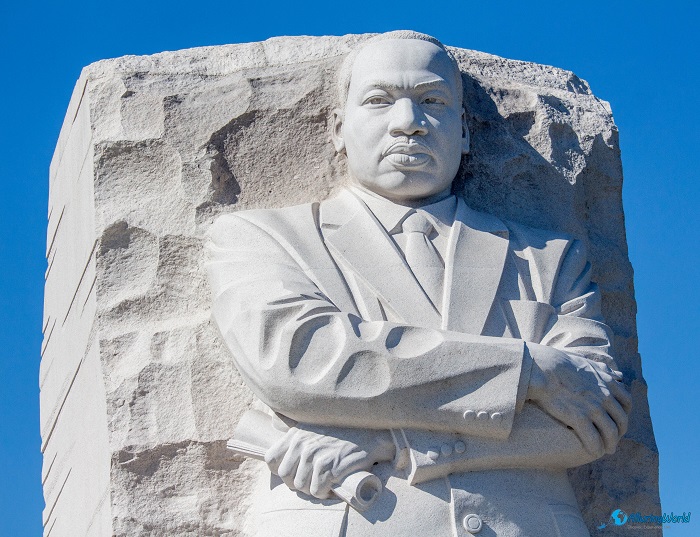 Today we are witnesses to something extraordinary that speaks about a struggling history, which should be used as a reminder that despite being in the Land of the Free, the freedom is not reachable to some people. 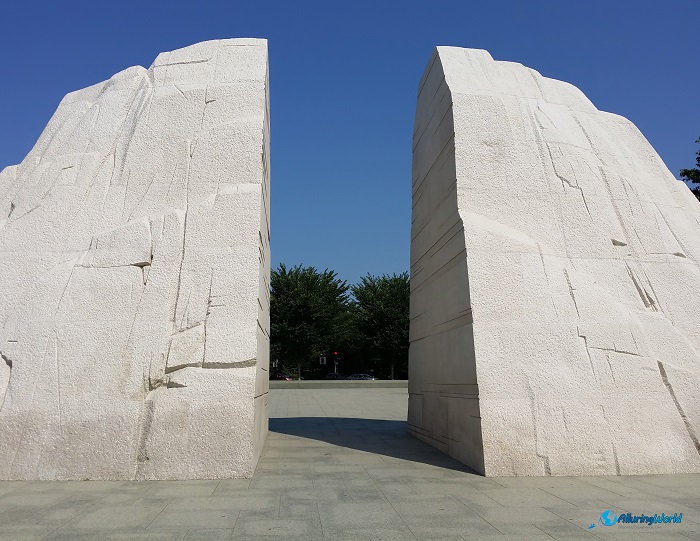 Even though this is not the first memorial dedicated to an African American in Washington, D.C., it should be noted that Martin Luther King Jr. is the first African American honored with a memorial on or near the National Mall and only the fourth non-President to be memorialized in such a way. 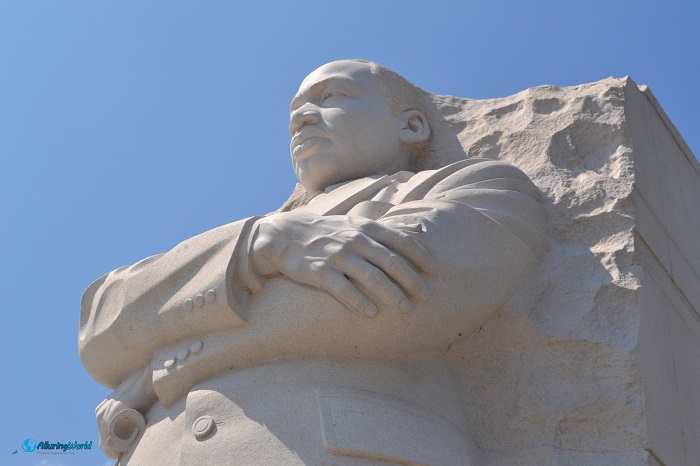 Being one of the most visited memorials and parks in USA’s capital, the Martin Luther King Jr. Memorial shall continue to tell the story of the American Baptist minister, social activist, Nobel Peace Prize winner, and Civil Rights Movement leader, with hope that it will inspire more people who would start following King’s dream of a better world. 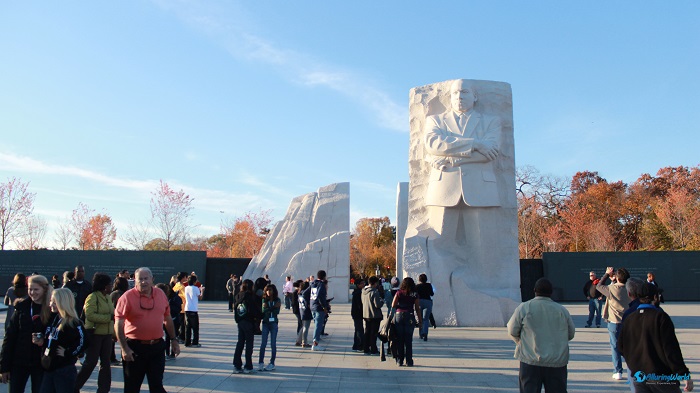 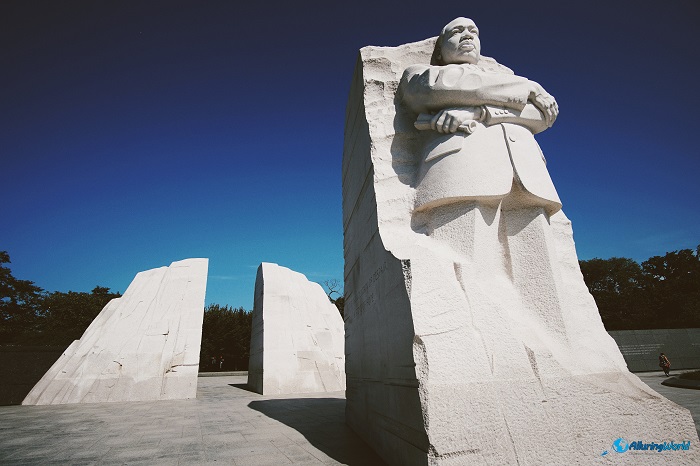 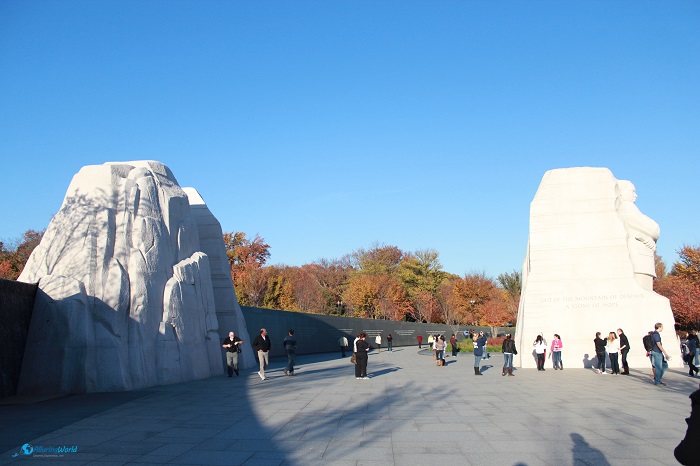