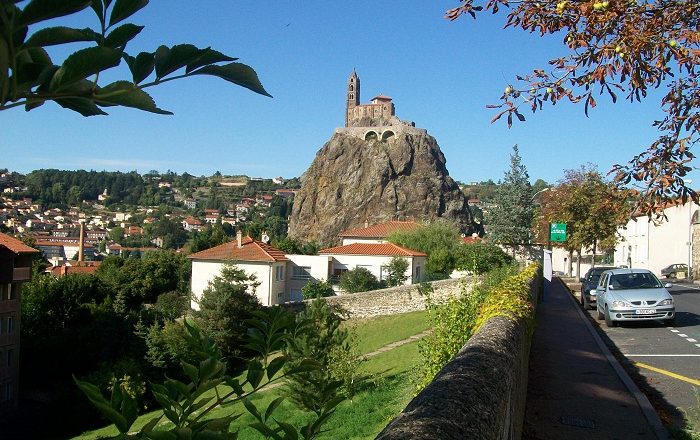 The Saint Michel d’Aiguilhe Church is a very unique chapel which is located in the vicinity of Le Puy-en-Velay, in the Haute-Loire Department, within the southern part of the French Republic. This impressive chapel which is more precisely atop of a volcanic plug, stands at height of about 85 meters (279 feet) above the ground, and it was considered to be built in 969. 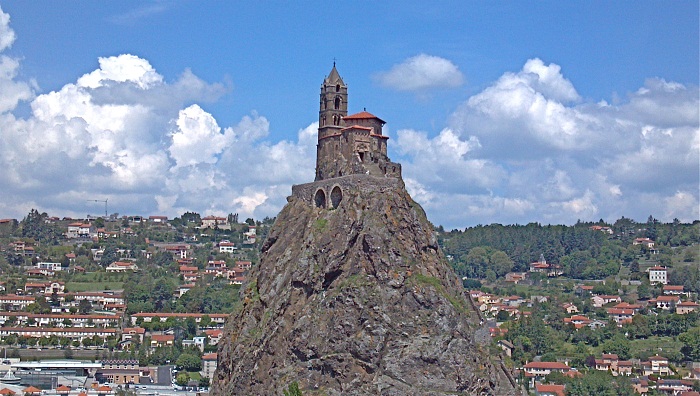 This Catholic church can be reached via the 268 stone steps that wind up from the side of the plug, and behind its history there are some stories that explain its impressive creation. According to local legends, the rock was “created”, where some are saying that it was actually given birth to, by the scary giant Gargantua. 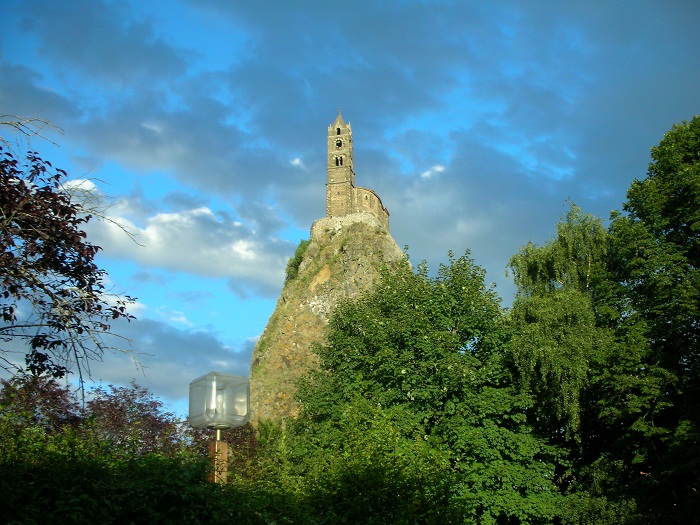 Still, according to the scientific community, it is fortunate enough that this chimney rock survived the erosion, and nowadays is the place of Saint Michel d’Aiguilhe. With the historians, it is considered that Bishop Gotescalc who is considered to be the first French pilgrim of Saint Jacques de Compostelle to have built the chapel here, and later in 11 century the entire complex was elevated into an abbey. 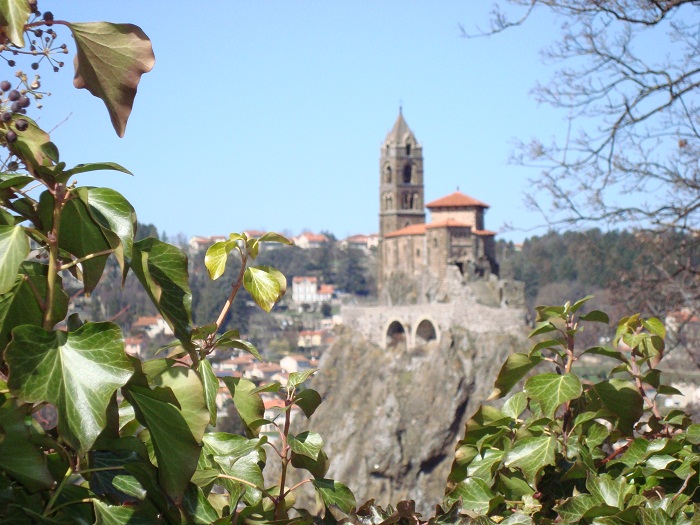 The interesting architecture reflects the high influence of Spain, which is characteristic to the Umayyad architecture from the Caliphate of Córdoba that was brought along with the pilgrims alongside the major French pilgrimage routes. One of the interesting features is the entrance door that is framed by two columns, above which an arch is located together with a mosaic of polychrome stones surmounted by arches. 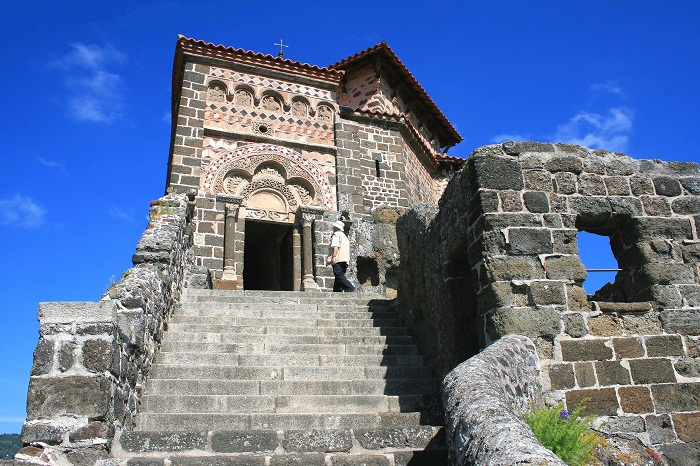 Under them Christ is represented together with Saint John, the Virgin Mary, the Archangel Michael and Saint Peter. Throughout the centuries, the chapel saw significant changes, where it was enlarged, the frescoes repainted, new ones also added, and archaeologists in 1955 discovered a treasure trove of sacred objects within the altar which can be also seen nowadays. 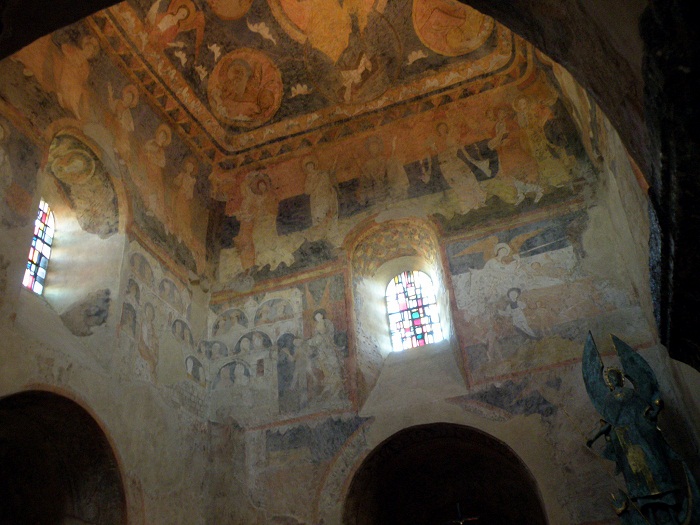 All in all, a significant treasure to the local community, Saint Michel d’Aiguilhe shall continue to inspire people to visit this less known region of France. 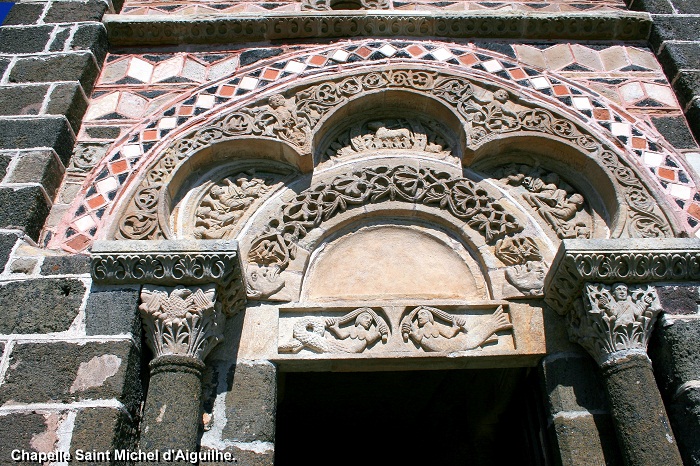 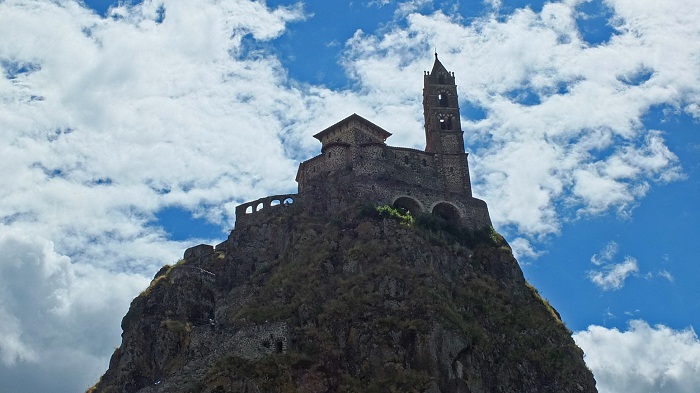 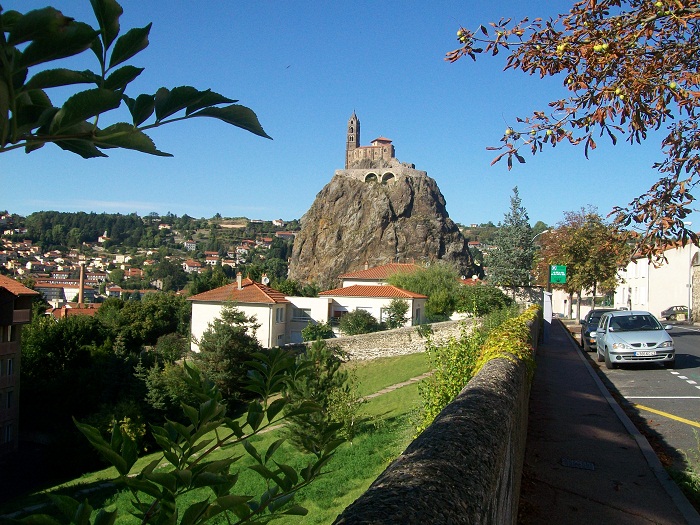