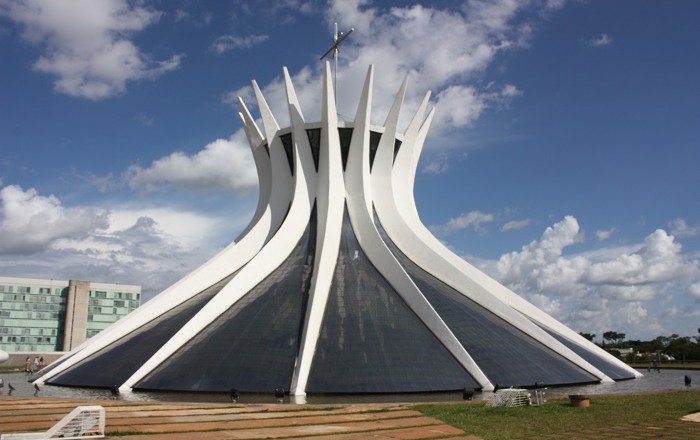 Having such a significant history, it can be expected that the architecture of Brasília reflects the richness and prominence of the culture as a planned city. The Cathedral of Brasília is the Roman Catholic cathedral serving Brasília, Brazil, and serves as the seat of the Archdiocese of Brasília. 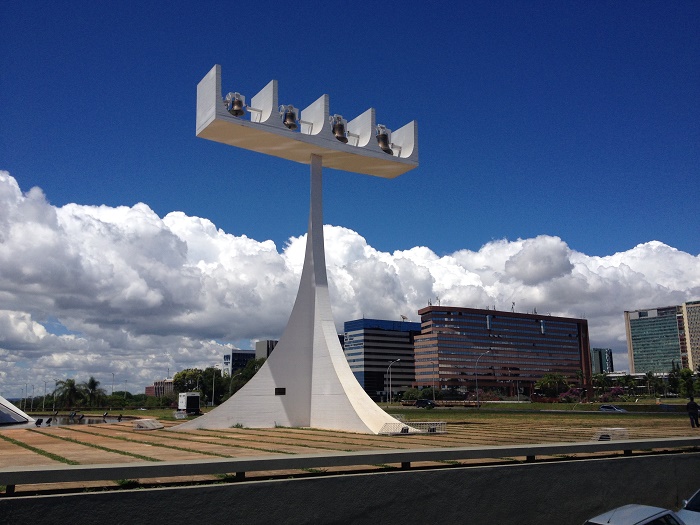 It was designed by Oscar Niemeyer, and was completed and dedicated on May 31, 1970. The cathedral is a hyperbolic structure constructed from 16 concrete columns, weighing 90 tons each, which are reaching up towards the sky to represent two hands. 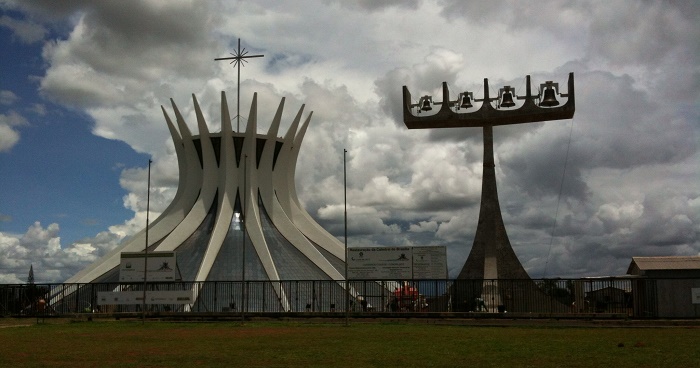 The cornerstone was laid in early September of 1958, when designs were beginning to be proposed and thoroughly planned out by Oscar Niemeyer. In the square access to the cathedral, are four 3-meter (9.8 ft) tall bronze sculptures representing the four Evangelists created by sculptor Dante Croce in 1968. More sculptures can be seen inside the nave, where three angels are suspended by steel cables. 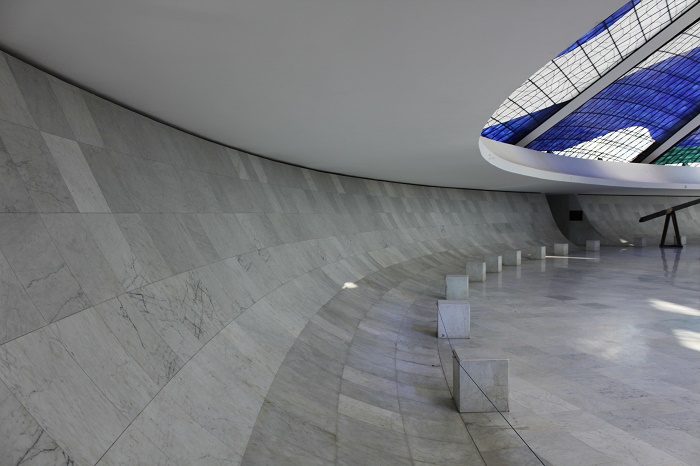 Ranging in size from 2.22 to 4.25m long and weighing 100kg-300kg each, these were completed by Alfredo Ceschiatti and Dante Croce in 1970. There is a 12-meter (39 ft) wide, 40-centimeter (16 in) deep reflecting pool surrounding the cathedral roof, helping to cool the cathedral. Visitors pass under this pool when entering the cathedral. The local architecture is completed by a bell tower. 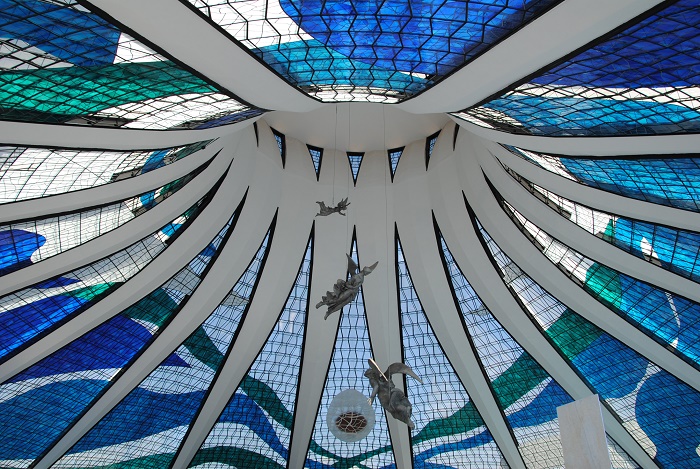 The 20-meter (66 ft) tall bell tower containing four large bells donated by Spanish residents of Brazil and cast in Miranda de Ebro also stands outside the cathedral, to the right as visitors face the entrance. At the entrance of the cathedral is a pillar with passages from the life of Mary, mother of Jesus, painted by Athos. The baptistry is to the left of the entrance, and can be entered either from the cathedral or via a spiral staircase from the entrance plaza. 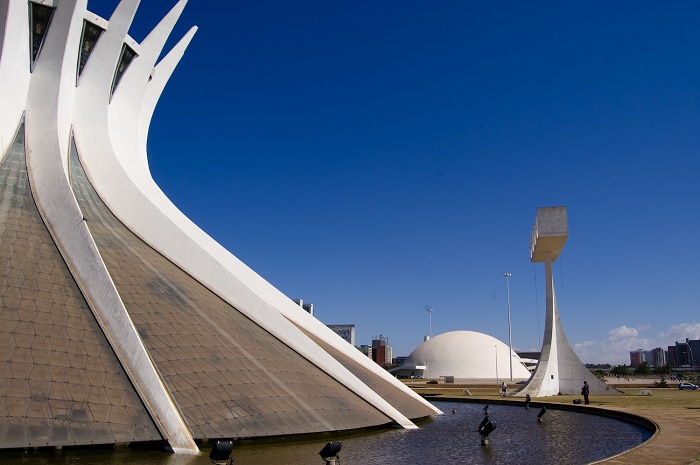 The walls of the oval baptistery are covered in hand-painted ceramic tiles, painted in 1977 by Athos Bulcão. Visitors enter into the cathedral through a dark tunnel and emerge into a bright space with a glass roof. The nave stained glass is made of 16 pieces of fiberglass. These pieces, in colours of blue, white and brown, were fixed between the concrete columns, in triangles of 10 m of base and 30 m of height. 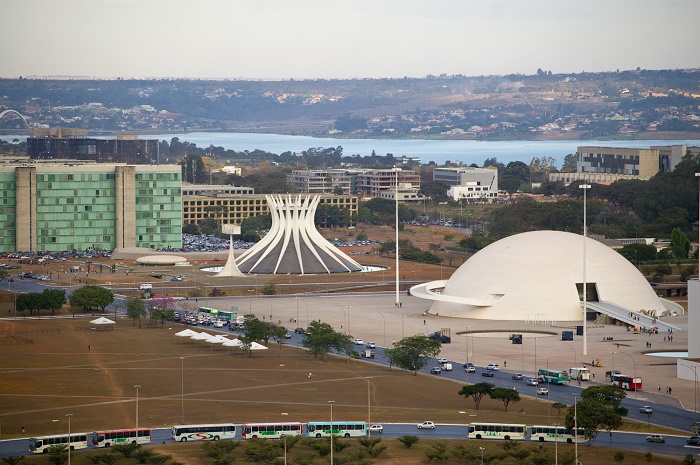 They were painted in 1990 by Marianne Peretti. The Altar was donated by Pope Paul VI and the image of the Patroness Our Lady of Aparecida is a replica of the original which is at Aparecida do Norte, São Paulo. Di Cavalcanti made the Way of the Cross, which can be seen in one of the marble walls. 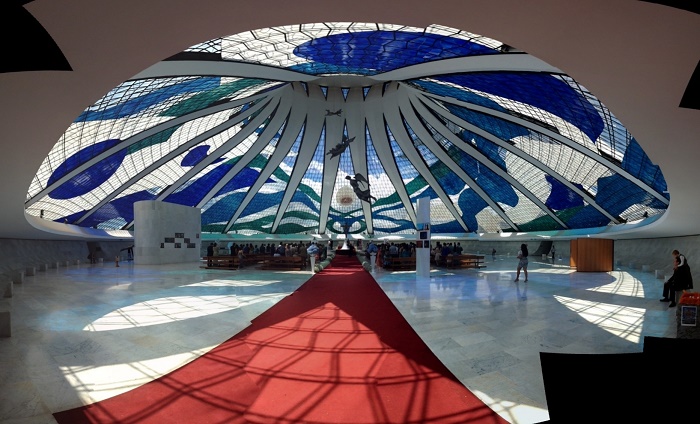 Just at the entrance of the Cathedral there is a marble pillar with pictures of some passages of the life of Our Lady, the Mother of God, painted by Athos Bulcão. the Cathedral does not have a fixed community. The majority of the faithful that normally come to the Cathedral are either tourists or those that work at the Esplanada dos Ministérios. With nearly 1.000.000 visitors per year, the Cathedral is the most visited place in Brasilia. 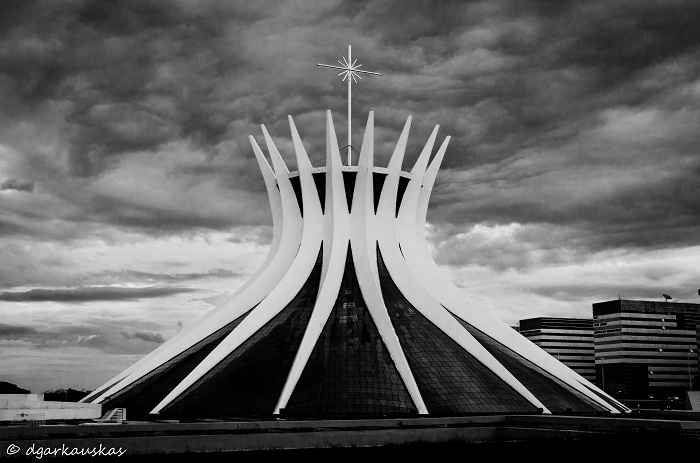 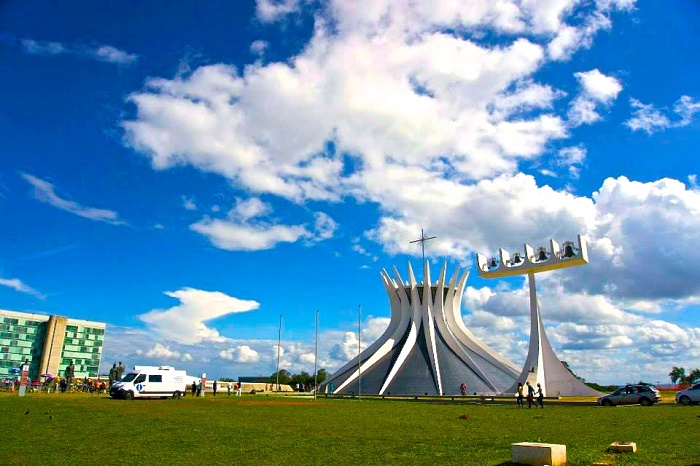 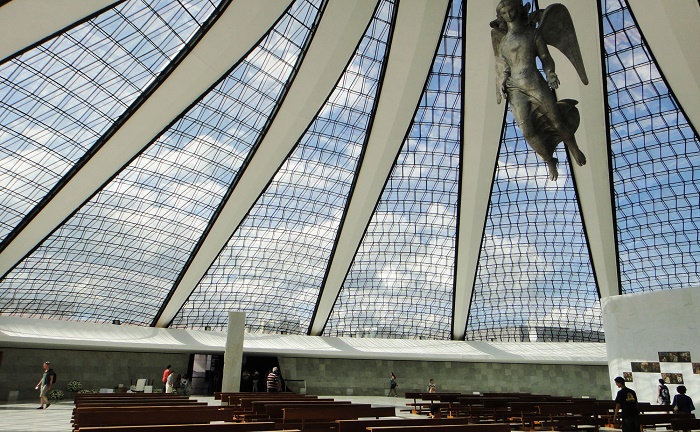 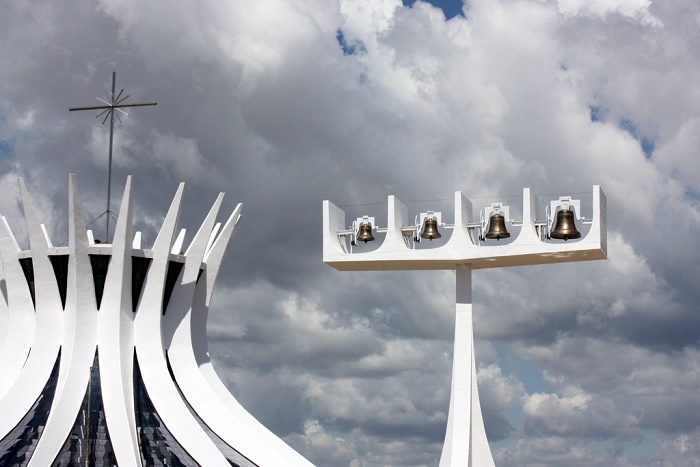 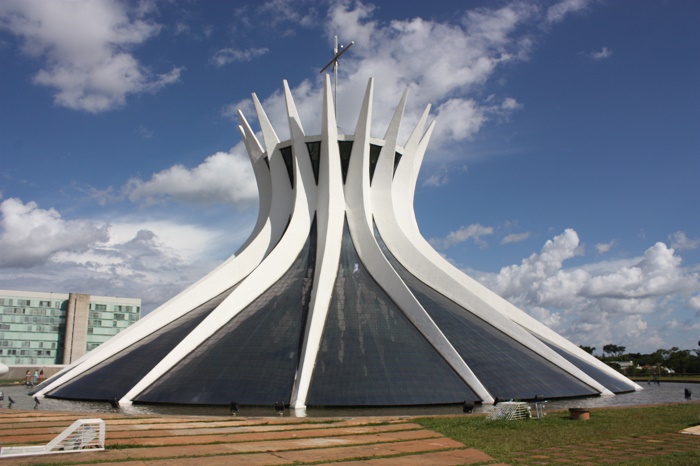 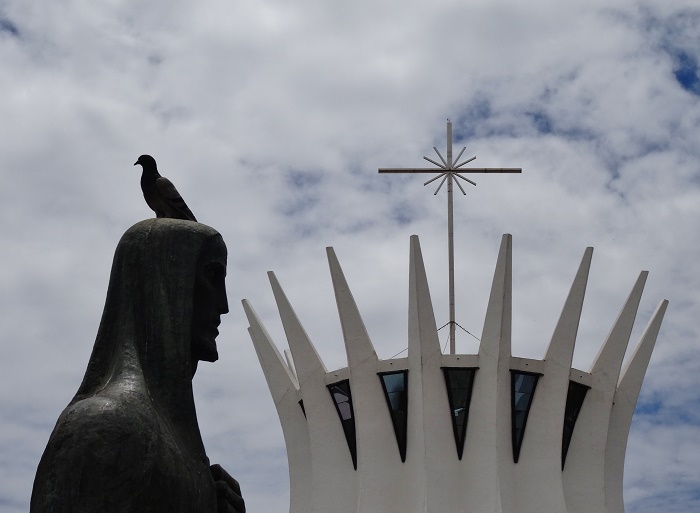 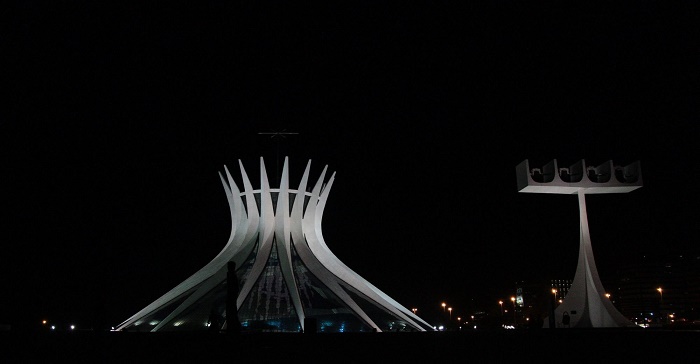