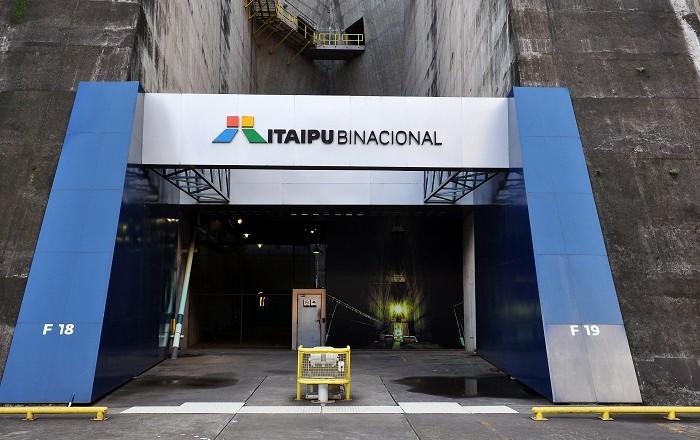 Itaipu Dam is a concrete structure built to contain the flow of the Paraná River and create the power plant’s reservoir, located on the border between Brazil and Paraguay. The name of the artificial dam comes from an isle that existed near the construction site, which in translation from the Guarani language means “the sounding stone”. 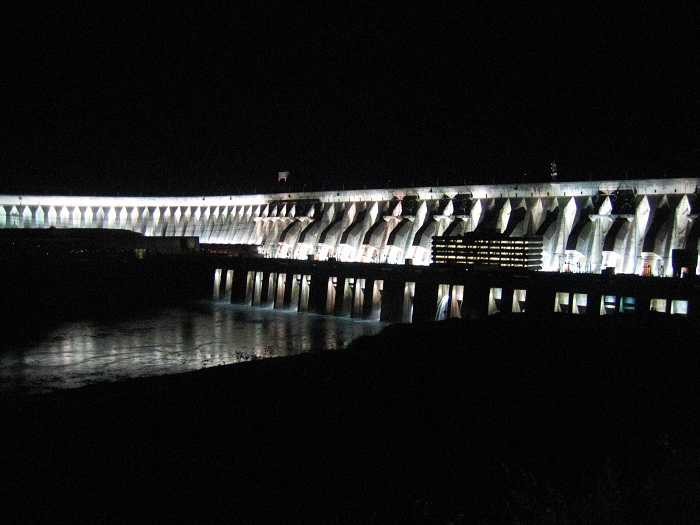 The first talks of building this enormous dam, were in 1960’s between the government of Brazil and Paraguay, which saw a way of working together and sharing the resources which were needed. 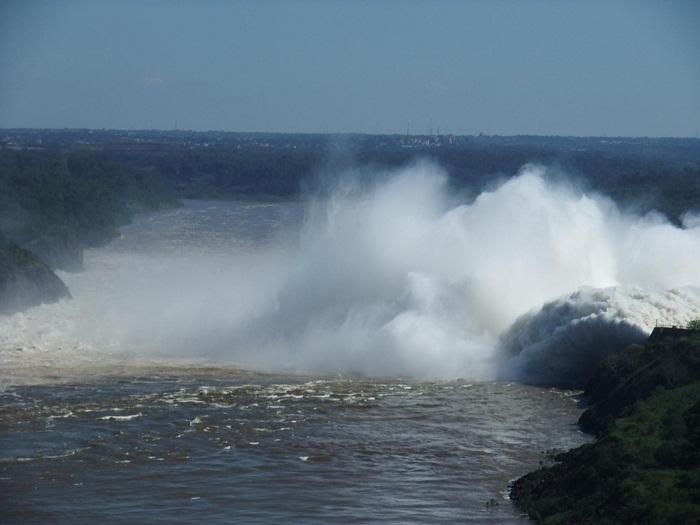 On 22 July 1966, Brazilian and Paraguayan Ministers of Foreign Affairs signed a document agreeing to explore the possibility of building a dam and an associated hydroelectric plant. It wasn’t until February 1971, however, that the work actually started. 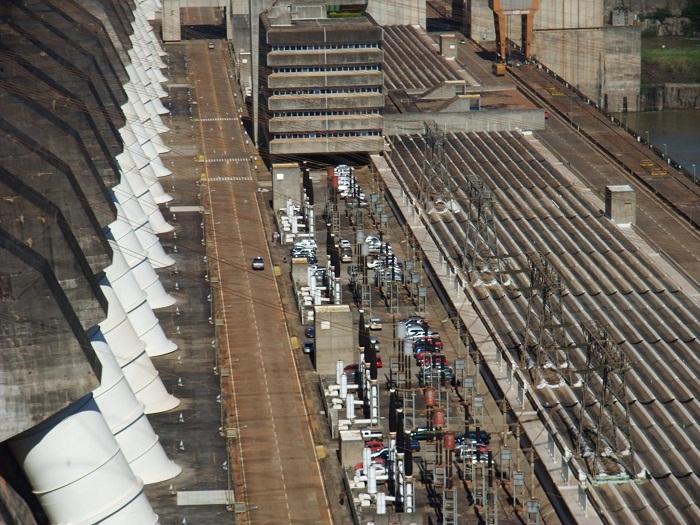 Once construction was underway, there were still legal considerations to be handled. In particular, the country of Argentina, only a few miles south of the dam site, was concerned that in times of conflict the dam could be used as a weapon. 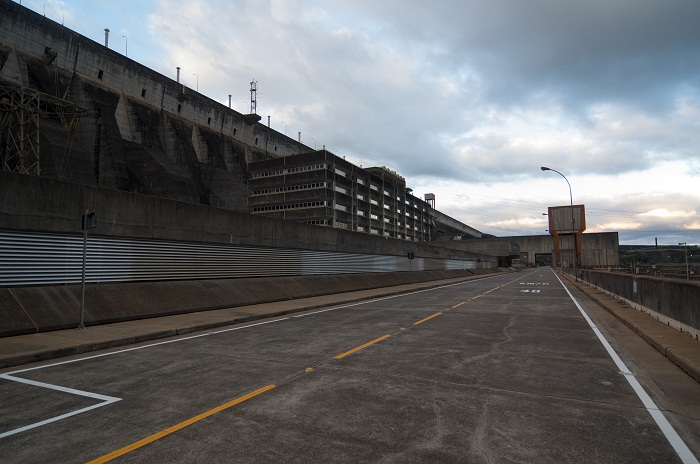 If all the gates were opened, a rush of water could be created that would flood the Argentine capital of Buenos Aires. To quell these concerns the three nations entered an agreement in October of 1979 on the amount of water that could be released at any time from the dam. 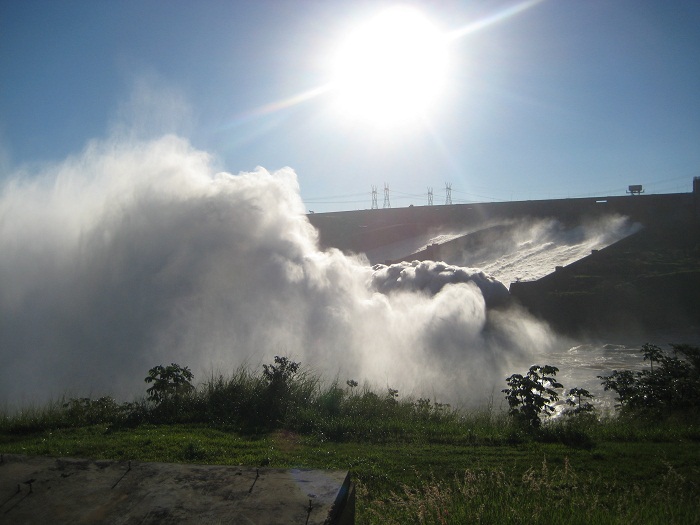 After the construction was finished, the reservoir began its formation in October 1982, when the work was completed and the side canal’s gates closed. This 225 meters (738 feet) high, and 7 kilometers (5 miles) long dam, absorbed $18 billion in the construction, however, in 2008 generated the largest amount of power ever produced by a single dam. 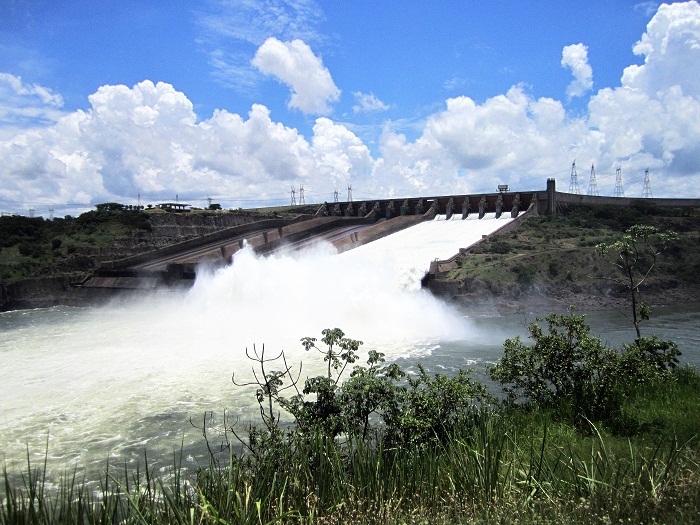 Nowadays, the panoramic views from the Central Belvedere is part of the main tourist spots, where people can go inside and see the dam in person. It is definitely one of the most impressive structures ever built in South America, and most likely in the world. 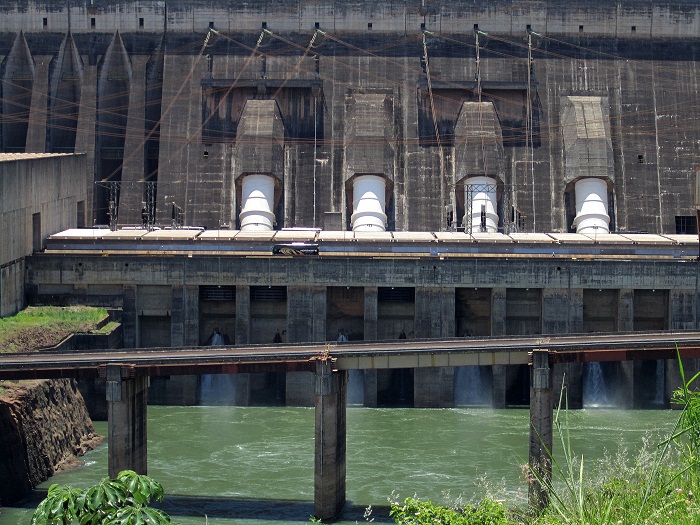 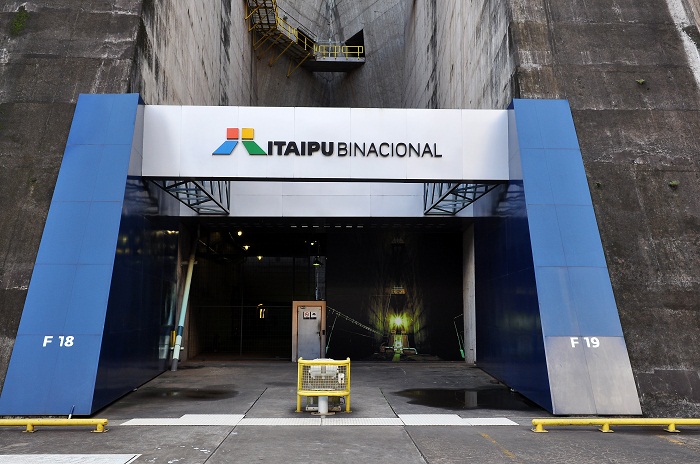 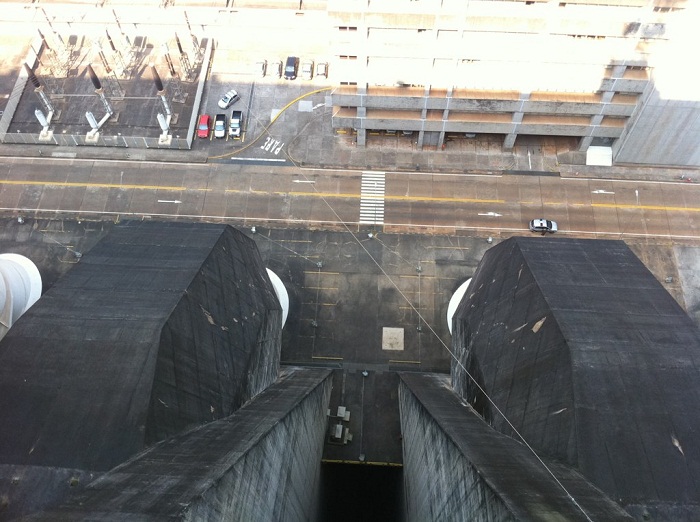