The Leshan Giant Buddha is the tallest stone statue of Buddha in the world, built during the Tang Dynasty, and located at the confluence of the Minjiang, Dadu and Qingyi rivers in the southern part of Sichuan province in People’s Republic of China. 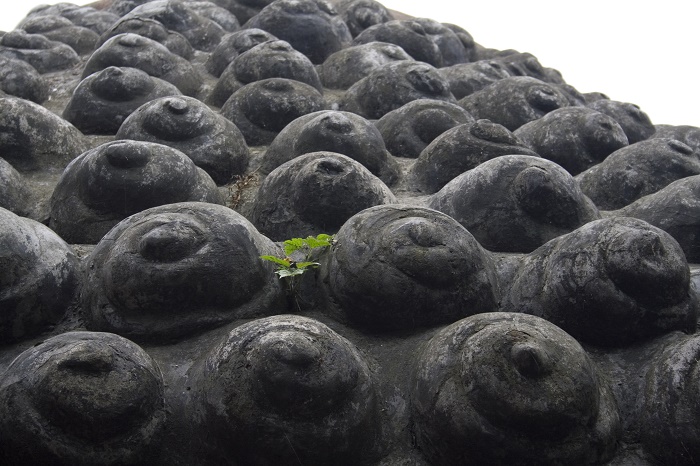 The construction of this alluring statue began in 713, led by a Chinese monk named Haitong. He hoped that the Buddha would calm the turbulent waters that plagued the shipping vessels traveling down the river. When funding for the project was threatened, he is said to have gouged out his own eyes to show his piety and sincerity. After his death, however, the construction was stuck due to insufficient funding. 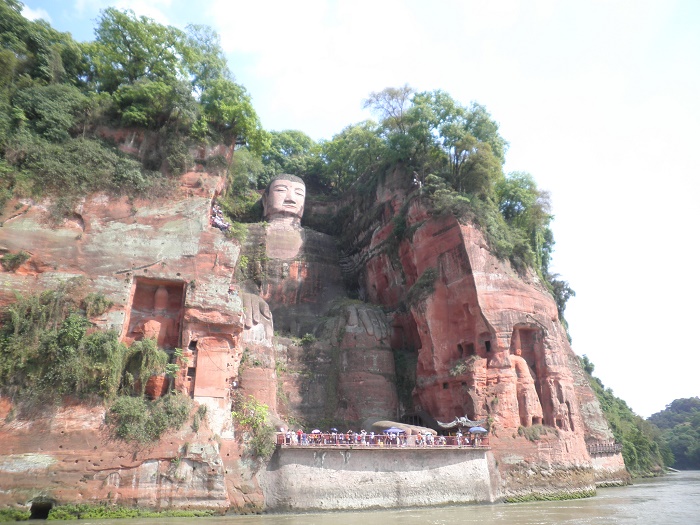 About 70 years later, a jiedushi decided to sponsor the project and the construction was completed by Haitong’s disciples in 803. Apparently the massive construction resulted in so much stone being removed from the cliff face and deposited into the river below that the currents were indeed altered by the statue, making the water safe for passing ships. The appeal of the Buddha lies not only in its size but in its architectural craftsmanship. 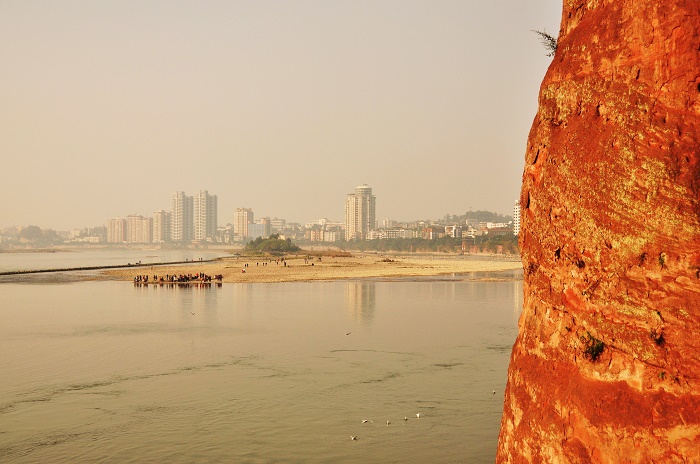 The entire statue is made of stone, except for the ears which were crafted out of wood, then affixed, and covered with clay. The Buddha’s hair is arranged in special spiraled curls with 1,021 twists that have been skillfully embedded in the head. 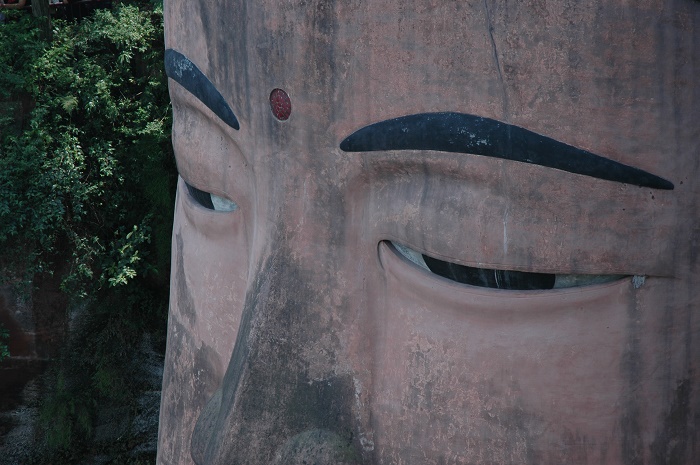 The statue is ten stories high, and if the statue stood upright, it would be almost eye to eye with the Statue of Liberty. The Buddha is so enormous that it is alleged that 100 monks could sit on one foot. Measuring 71 meters tall (233 feet), the statue has a symmetrical posture, creating a gracefully relaxed image. 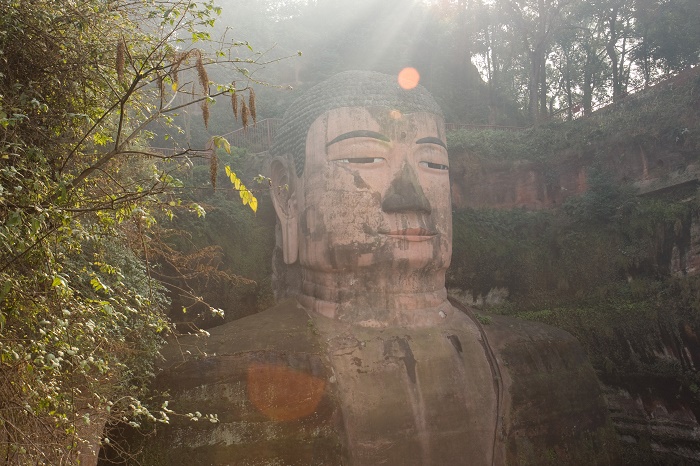 Its head is 15 meters (50 feet) high, its shoulders 28 meters (92 feet) wide, and its smallest toenail can accommodate a seated person. Each eyebrow alone is 5.5 meters (18 feet) while its nose is 6 meters (20 feet) long. A large pair of ears, measuring seven meters (23 feet), is capable of holding two people inside. There is a built-in drainage system of pipes inside the body, which is still in order today. 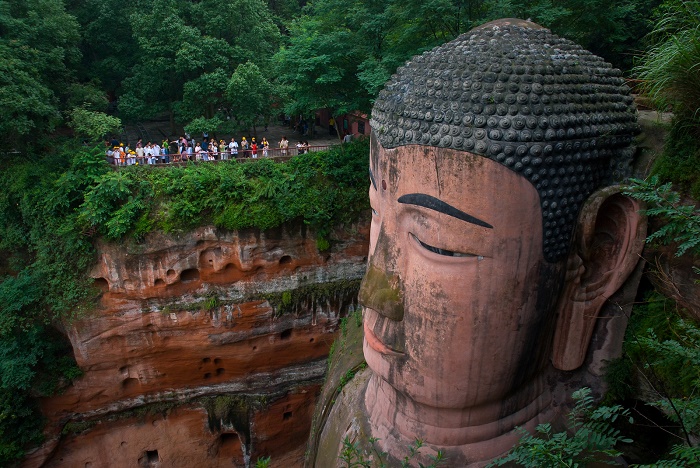 However, due to the high pollution that is happening in China at the moment, the Leshan Buddha has been affected by it, thus making a visible degradation, for which the government has promised restoration work. In 1996, the statue was included by UNESCO in the World Heritage List, which made it even more popular for tourists. 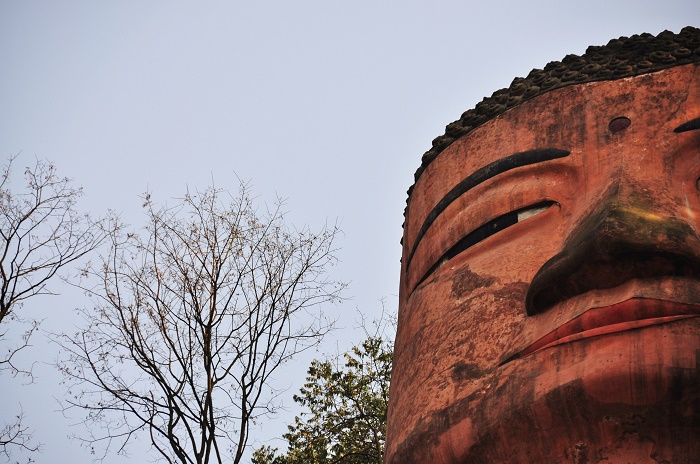 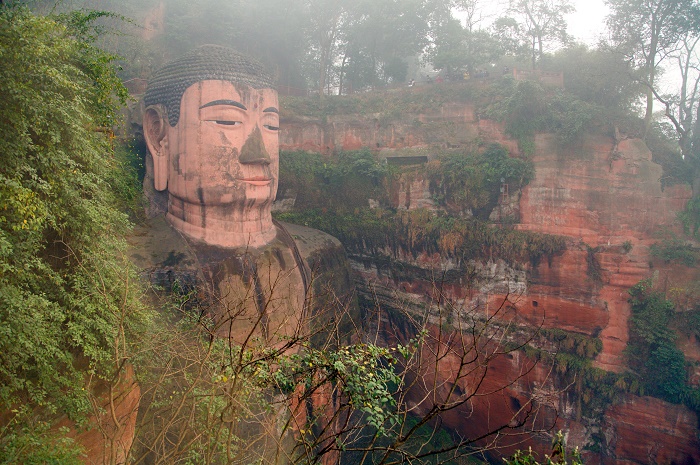 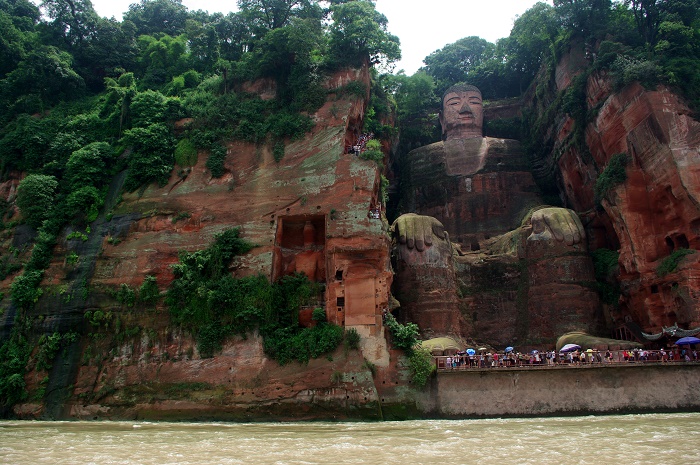 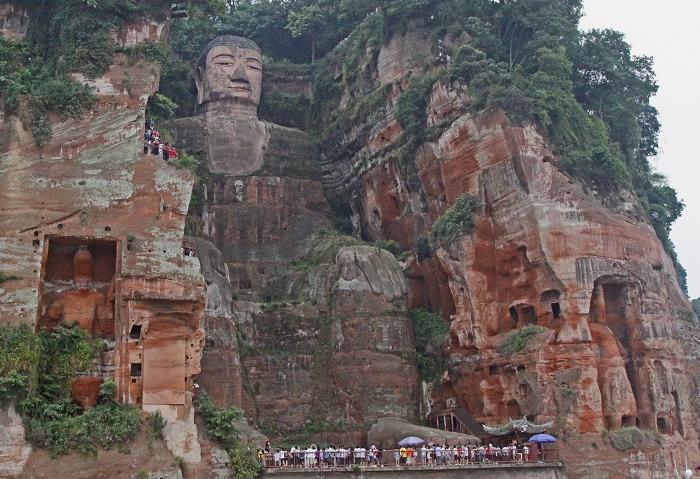