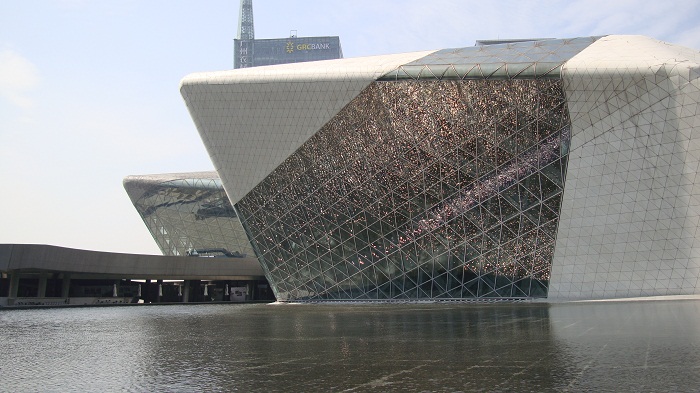 Guangzhou Opera House is a newly built opera house, which is located in the southern part of the People’s Republic of China, in the city of Guangzhou, Guangdong Province. 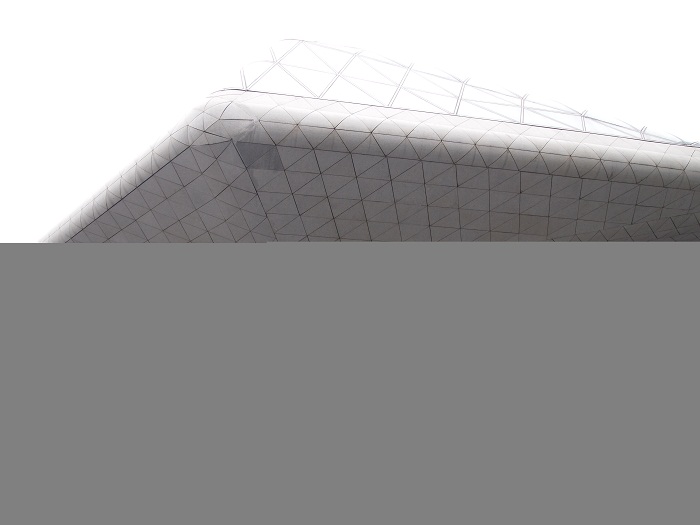 At the heart of Guangzhou’s cultural sites development, this opera house is a lasting, state-of-the-art monument to the new millennium overlooking the Pearl River. Designed by the late Iraqi-born British architect Zaha Hadid, who won the international architectural competition in 2002, it was completed in 2010, when it officially opened as well. 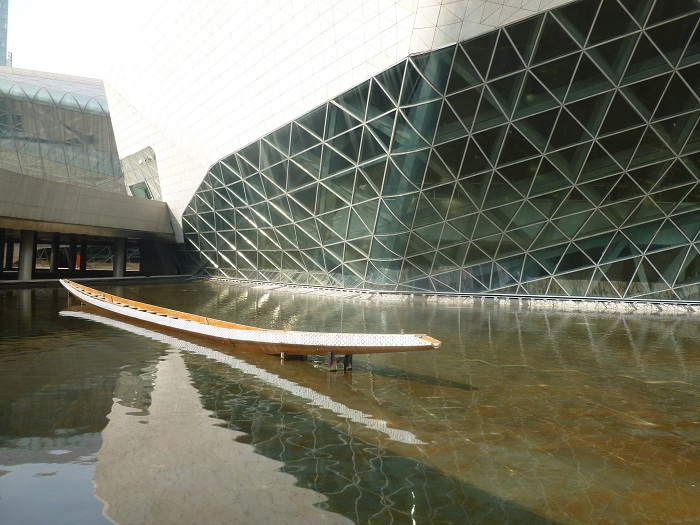 With the seating capacity of 1,804 seats in the grand auditorium and 400 seats in the smaller multi function hall, it is one of the biggest performing centers in the southern part of the country, and it definitely is a state of the architecture today that represents one of the most alluring opera house built anywhere in the world. 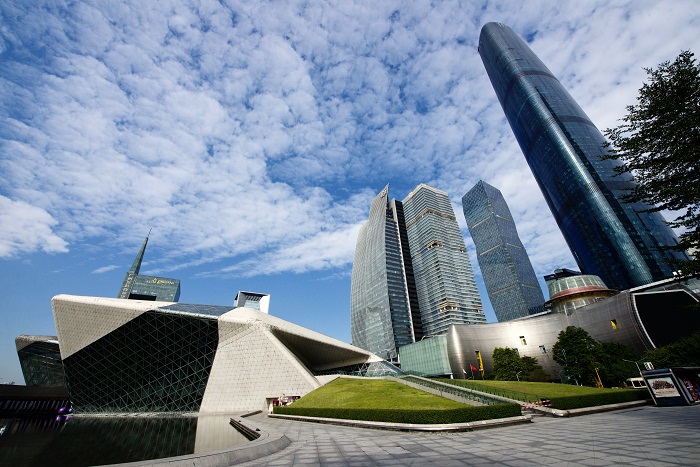 Evolving the concepts of a natural landscape and the fascinating interplay between architecture and nature, engaging with the principles of erosion, geology and topography, this freestanding concrete set has been particularly influenced by river valleys which were transformed by erosion. 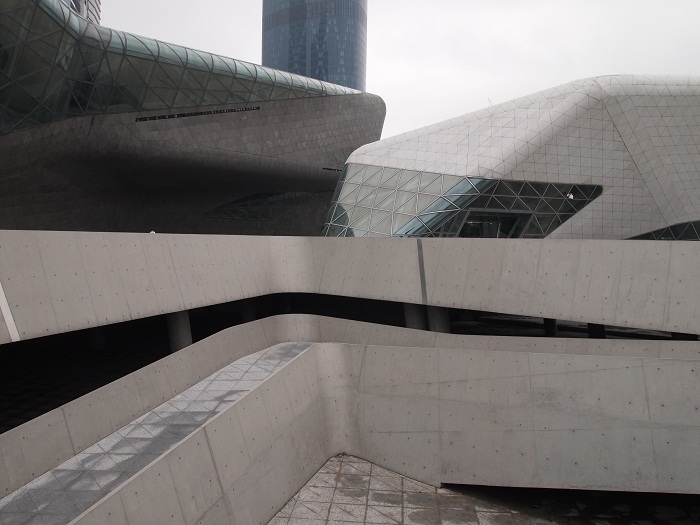 The building is built from an exposed granite and glass-clad steel frame, which contoured profile, unique twin boulder design and approach promenade enhances the urban function, as well as opening access to the riverside and dock areas that create a new dialogue with the city. 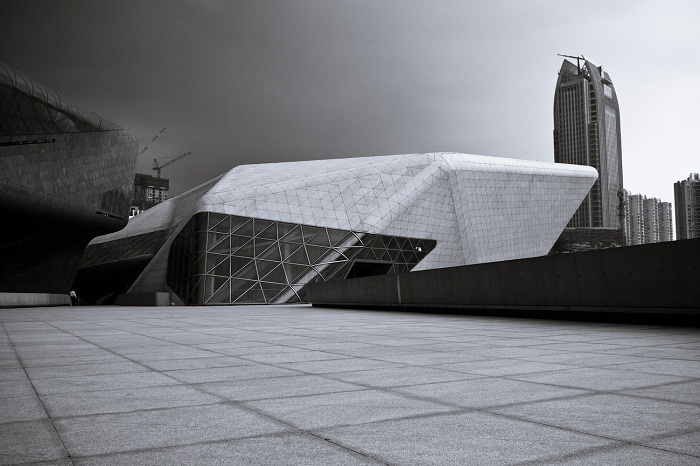 As a catalyst for the development of other projects around the city, this marvelous architectural masterpiece is one of Hadid’s legacy that would leave breathless every person visiting Guangzhou. 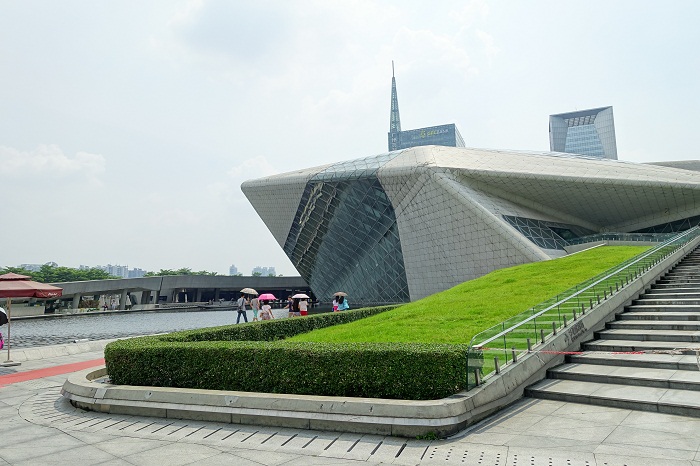 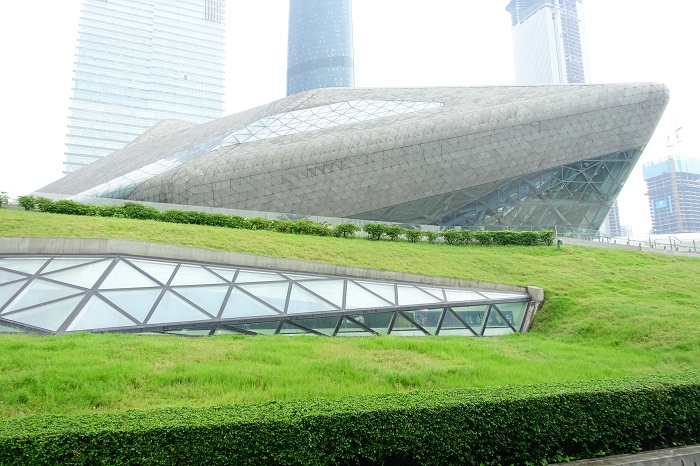 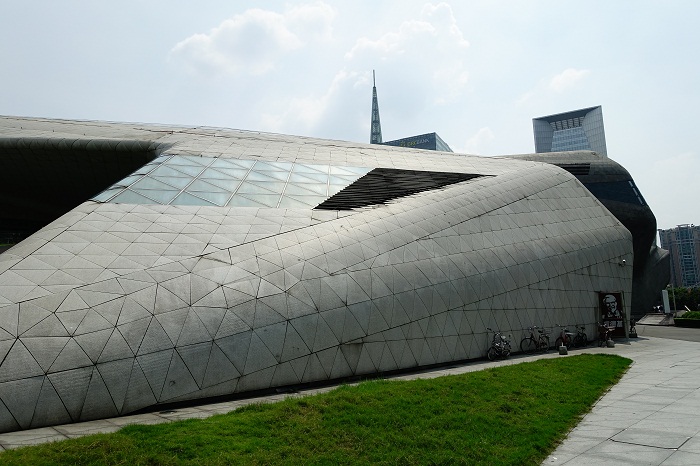