Charminar is a building that serves as a monument and a mosque located in the city of Hyderabad, the capital of the state of Telangana in India. 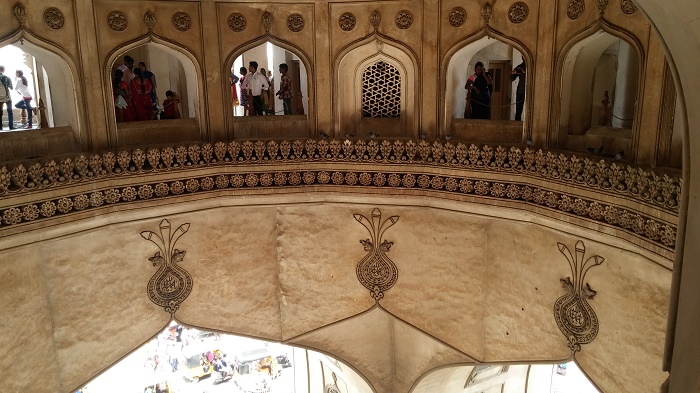 The Charminar was built in 1591 by the fifth ruler of the Qutb Shahi dynasty Sultan Muhammad Quli Qutb Shah, when he moved his capital from Golkonda to Hyderabad. The name was given probably from its four minarets, which were most likely meant to honor the first four caliphs of Islam. It has a square shape, with four minarets on each corner of the structure. 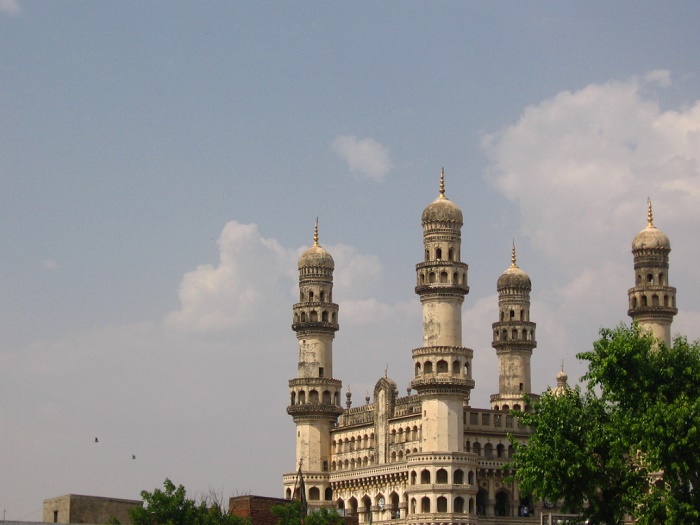 The structure is 20 meters (66 feet) long on each side, and the minarets are 49 meters (161 feet) high. It was constructed as a centerpiece of the Old City of Hyderabad, and the city spread around it. Every side opens to a plaza and through giant arches overlooks four major thoroughfares. The minarets, are equal to a 4-story building, are marked by a carved ring, and there are 149 winding steps inside, from where one can see a breathtaking views of the city. 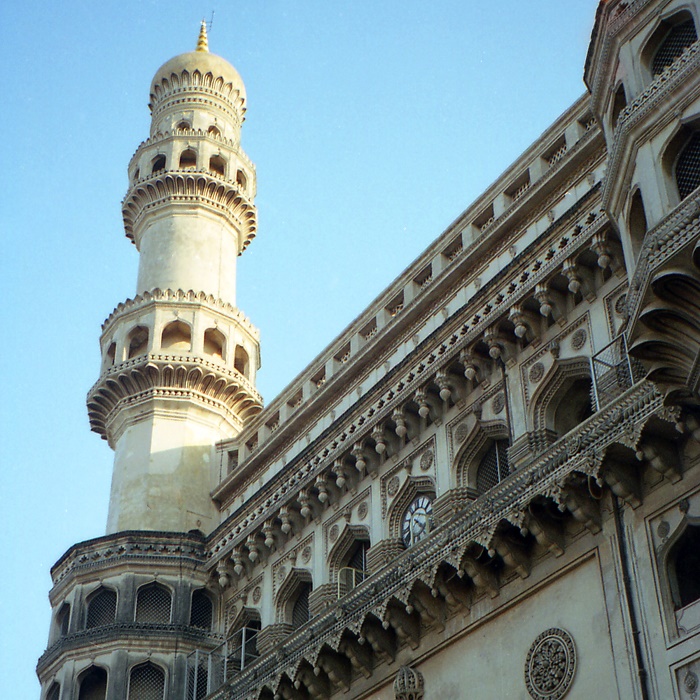 Its profusion of stucco decorations making it very different from the surrounding buildings, and with that it is a real landmark of the city. As it is the tradition of washing some parts of the body before prayer in the mosque, there is a wudu (vazu) in the middle with a small fountain. 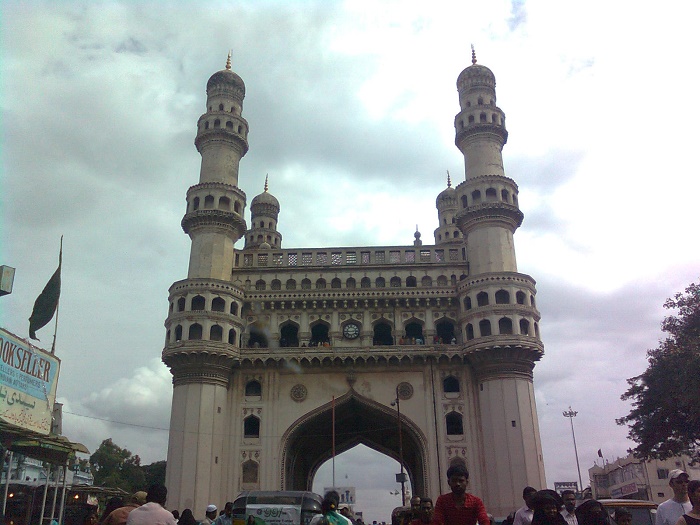 Also the clock which is on the upper levels of the monument was added in 1889 so that the people who pass by it would see if it is time for prayer or not. As the area is very lively, there is also another bigger mosque called Makkah Masjid, there is also the Laad Baazar. 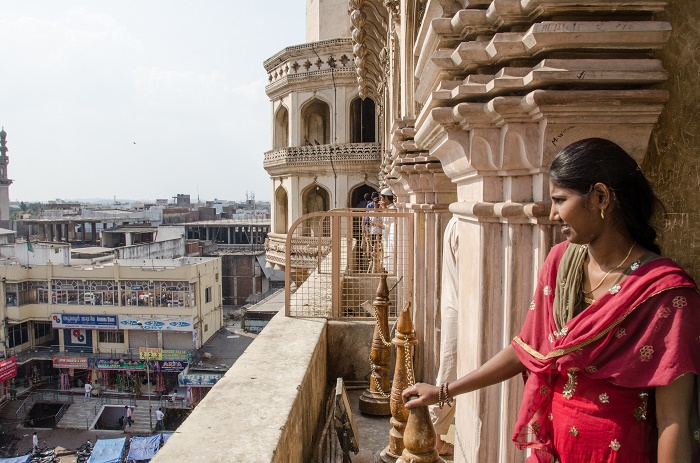 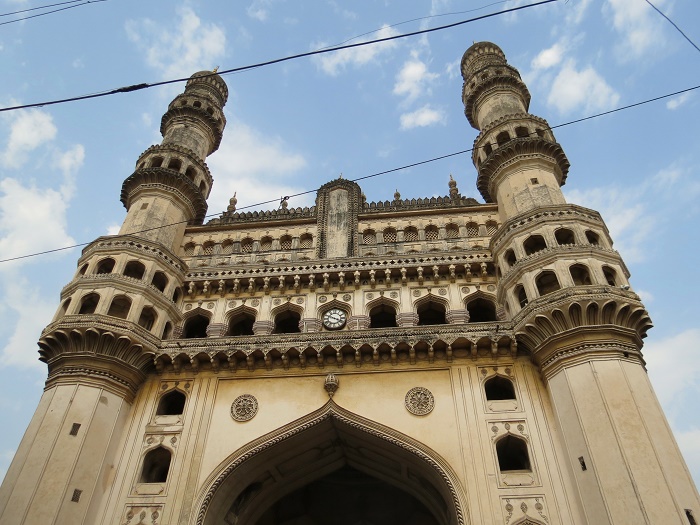 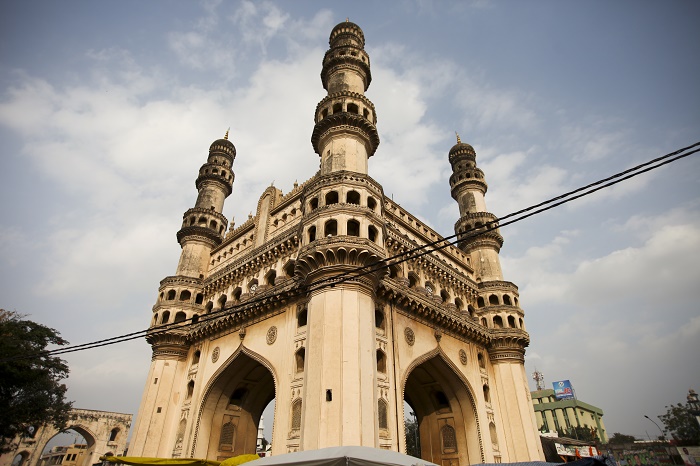 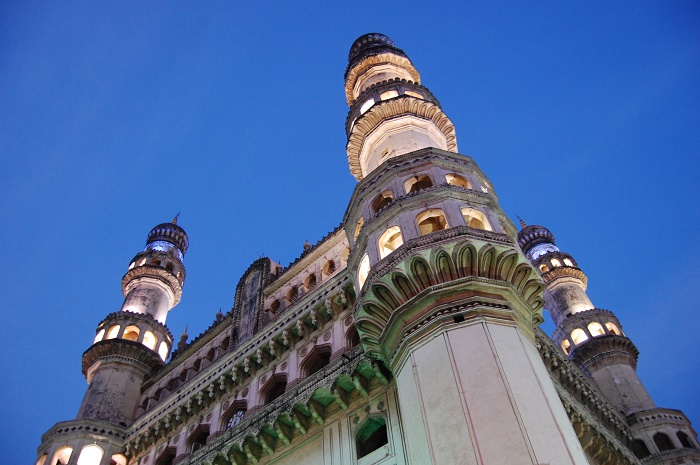 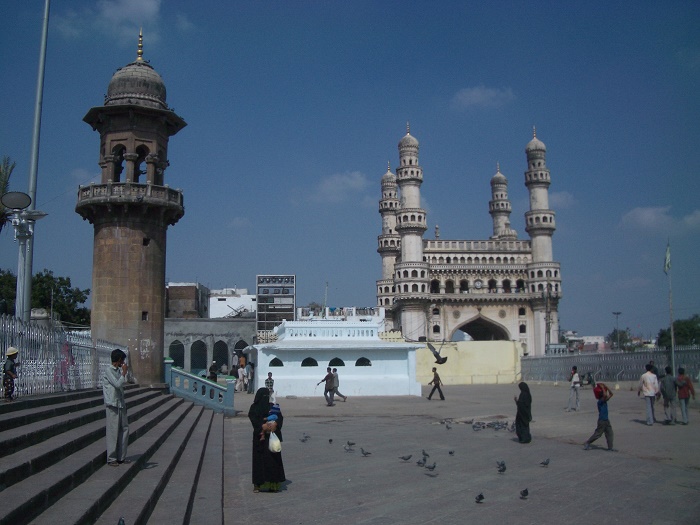