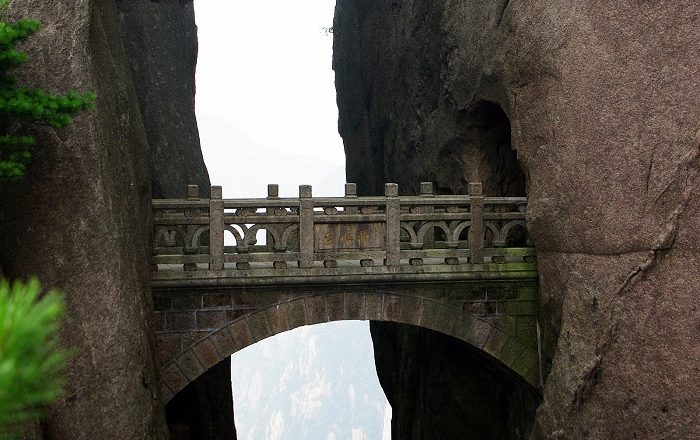 The Buxian Bridge is a small pedestrian bridge that is very unique, and it is located in the mountain range of Huangshan, in the southern Anhui Province, within the People’s Republic of China. Built in 1987, it is located in between two giant rocks and it gives the feeling that the visitors are “lost” in some sort of fairytale that has come into life. 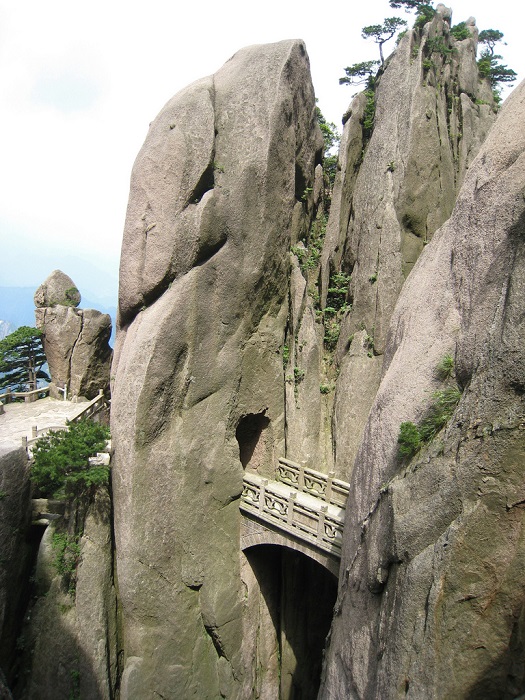 The concrete structure, even though newly built, it has features of a traditional Chinese detailed architecture, as the hand rails are “carved” impressively good that they are transmitting the feeling of being some ancient Chinese relic built by an ancient dynasty. 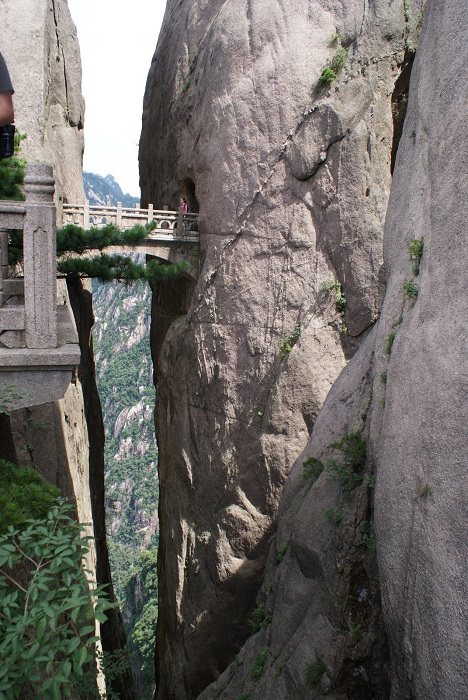 As it is less than 1 meters (2 feet) long, the Buxian Bridge is often covered with impenetrable clouds of fog that are common to the region, and being one of the most magical places on the planet, the bridge also earned the nickname “Fairy Walking Bridge”. A definite masterpiece of the Chinese that deserves very much to be even better known around the world, so that the rest of the nations would try to copy it, or even build a bigger, a more magical one. 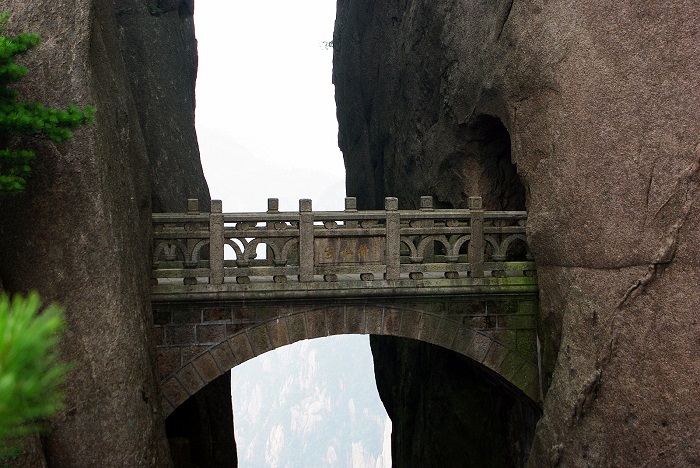