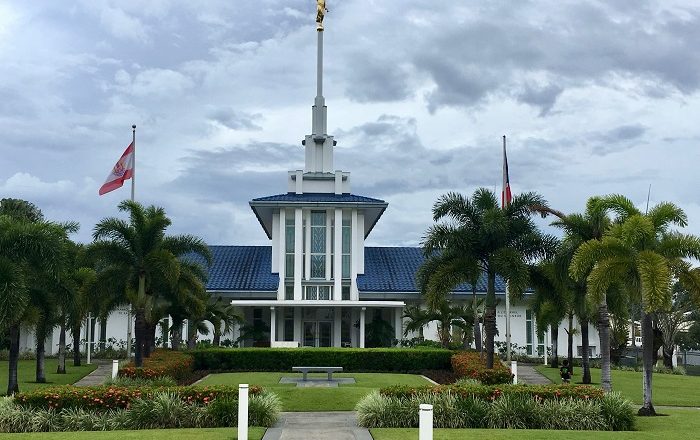 The Papeete Tahiti Temple is the official temple that is part of The Church of Jesus Christ of Latter-day Saints, and it is located in the Commune of Pirae within the city of Papeete, which is the capital city of the overseas collectivity of the French Republic in the Pacific Ocean, French Polynesia. Being the 27th constructed and 25th operating temple of the Christian denomination, the construction of this religious object was announced on 2 April 1980, when on 13 February 1981 the official groundbreaking work began. 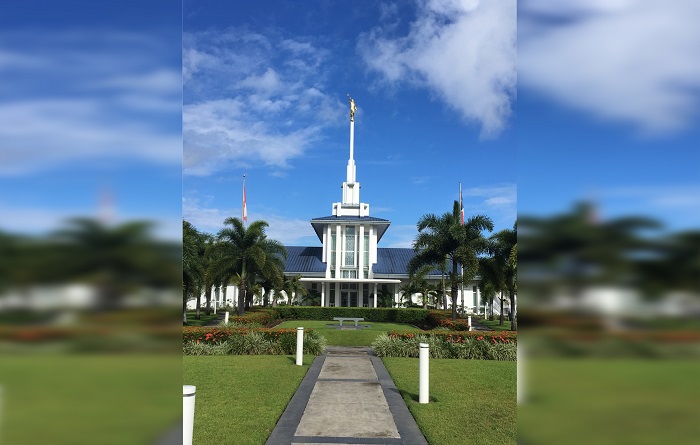 It took some two years for the construction to be completed and during the official opening and dedication of the temple which happened on 27 October 1983, the American religious leader and author who served as the 15th President of The Church of Jesus Christ of Latter-day Saints, Gordon B. Hinckley officially opened this interesting temple. The opening of the Papeete Tahiti Temple was a dream fulfillment for thousands of believers who looked forward to the finalization and opening of this temple since it is a Latter-day Saints worshipers’ home for people from French Polynesia and the Cook Islands. 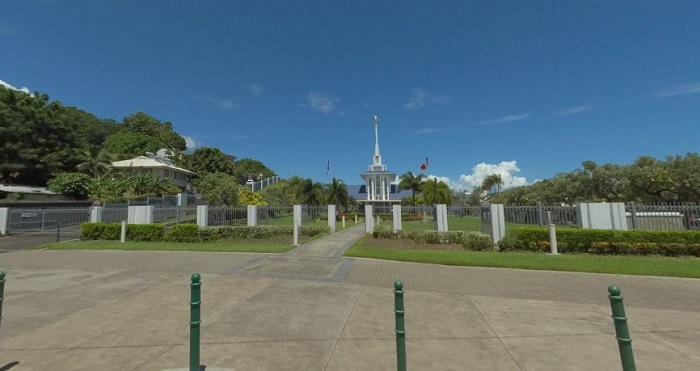 The exterior of the building is in a simple, yet modern architectural style, with the signature single-spire on which 20 meters (66feet) above the ground stands the Angel Moroni, the angel whom Joseph Smith, Mormon leader and founder, reported as having visited him on numerous occasions. The striking blue roof and excellently painted white exterior walls are stupendous in contrast to the conscientiously polished gardens which are welcoming visitors to stroll through the greenish setting and feel like they are in a heaven-like place. 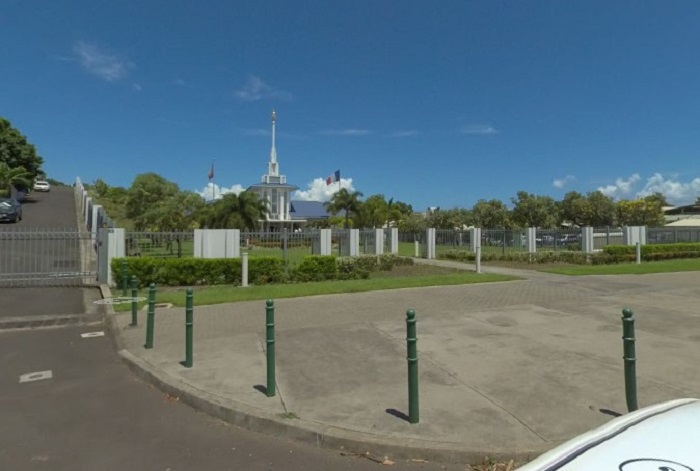 The temple complex has a floor area of about 1,129 sq m (12,150 sq ft), while the site on which is located it is 0.7 hectares (1.7 acres). Due to the climate, the temple underwent renovation and expansion in 2006, which then was followed by rededication on 12 November 2006 which was broadcasted worldwide for all Latter-day Saints worshipers, and it was estimated that some 10,000 Tahitians participated in this event. After this renovation, new rooms were added to the temple including a bride’s room, waiting room for non-patrons, and additional office space, the baptistery and one of the sealing rooms were both enlarged, and even the mechanical and electrical systems were overhauled. 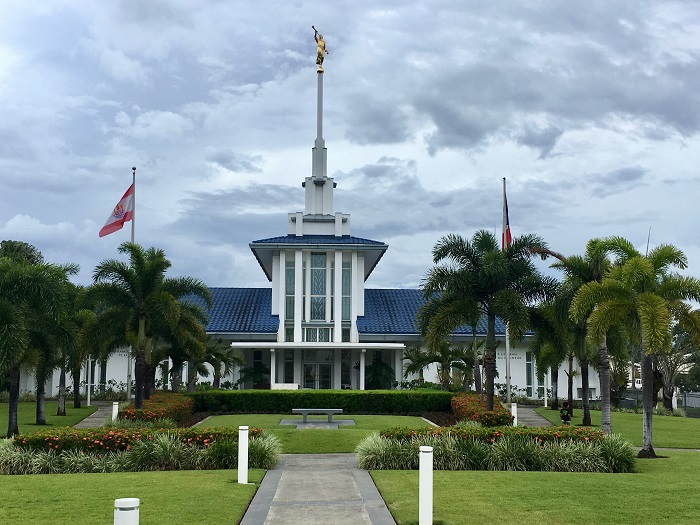 Even though this was the fifth built temple in Polynesia, it was the first ever to be constructed in an overseas territory of France, and before the construction of the Papeete Tahiti Temple, people had to visit the Hamilton New Zealand Temple which was the closest at that time. All in all, serving today as one of the main religious temples in French Polynesia, the Papeete Tahiti Temple is becoming a landmark of the capital city of the French overseas territory which should not be missed whenever in this paradise nation. 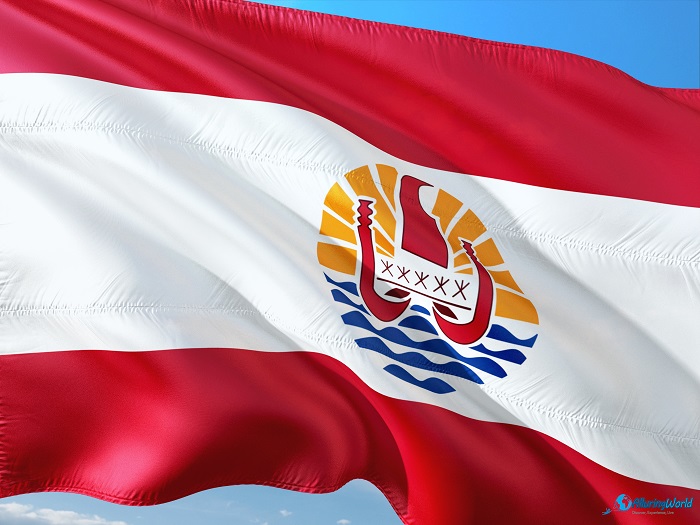