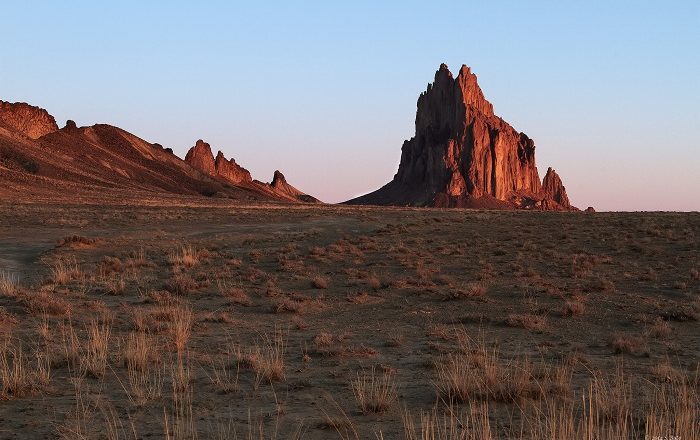 Shiprock is an isolated hillrock, better known as monadnock, which is located in the Native American territory of the Navajo Nation, in the northwestern part of the State of New Mexico, within the United States of America. Having a height of about 482 meters (1,583 feet) above the area that surrounds it, the peak has an elevation which is 2,188 meters (7,177 feet) above the sea level. 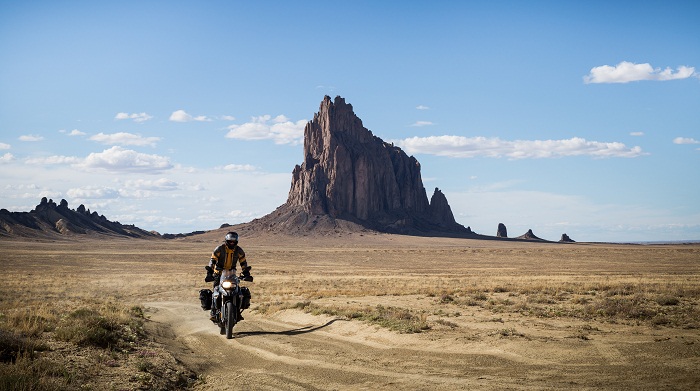 Since Shiprock is located in the territory of the Navajo people, there are certain legends that surround this impressively jagged rock formation. Visible from around the desert, it is considered that the volcanic plug was formed some 30 million years ago below the Earth’s surface which later with the erosion became exposed above the ground. 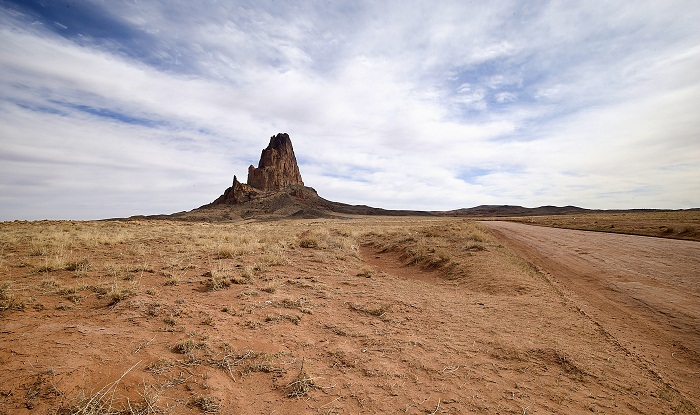 The Navajo people are calling the mysterious formation “Tsé Bitʼaʼí”, which in translation means “the rock with wings”, or better yet a remnant of a giant bird that carried the Navajo from the north to New Mexico. During that time, the people were living only on the rock and came down its peak only to plant and water their crops. 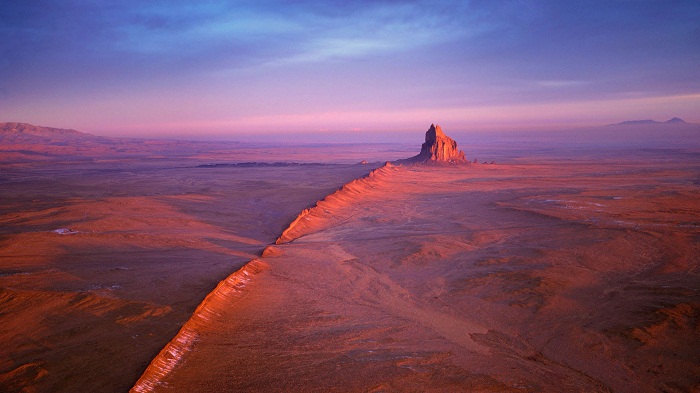 Then one day, a very strong lightning struck the hill rock when the men were on the ground, leaving the women and children atop without the possibility to come down for food and water. Nowadays, one of the reasons why it is forbidden for people to climb Shiprock is that the Navajo believe that the ghosts of those stranded at the top will be disturbed.

There have been some ascents which were recorded to be difficult and very challenging, such as one in 1939, but the Navajo people outlawed every attempt to ascend the hill rock. Since the perilous sides of Shiprock are considered to be one of the greatest prizes among rock climbers, there were no human ascents since 1970, and most likely there won’t be another ones in the foreseeable future. 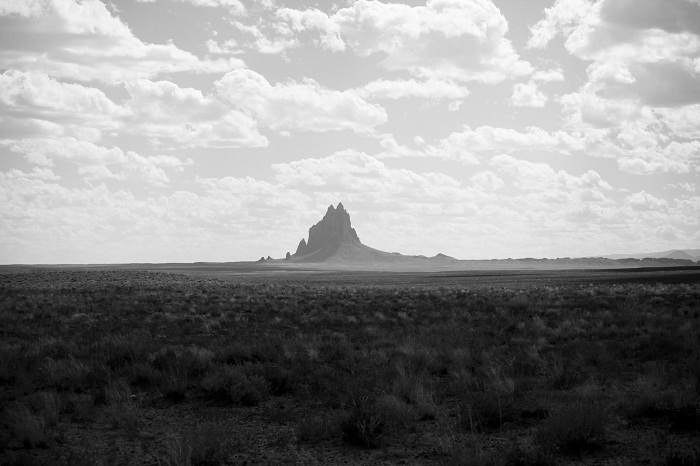 A definite jewel in the territory of the Native American people who are legendarily guarding their sacred volcanic plug, which recently gained more popularity with its introduction in more than twenty Hollywood movies, such as Transformers (2007), John Carter (2012), The Host (2013), The Lone Ranger (2013) etc. 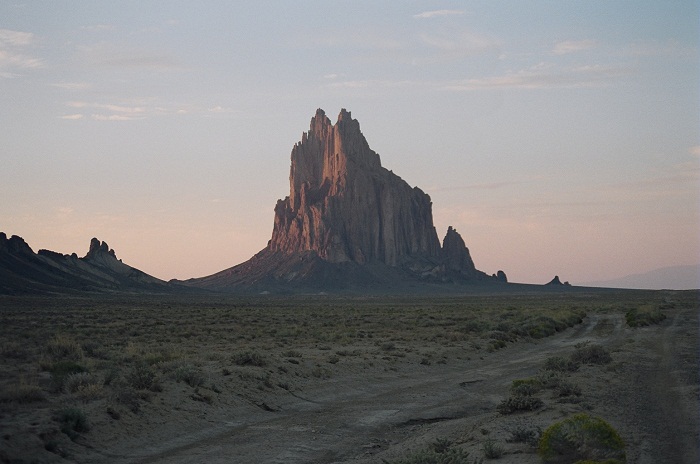 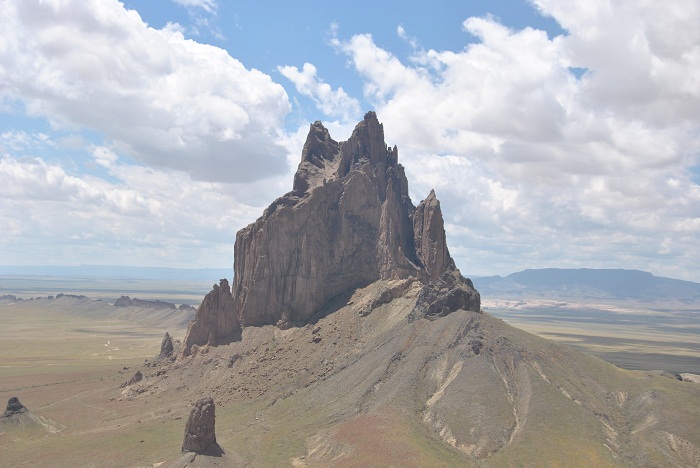 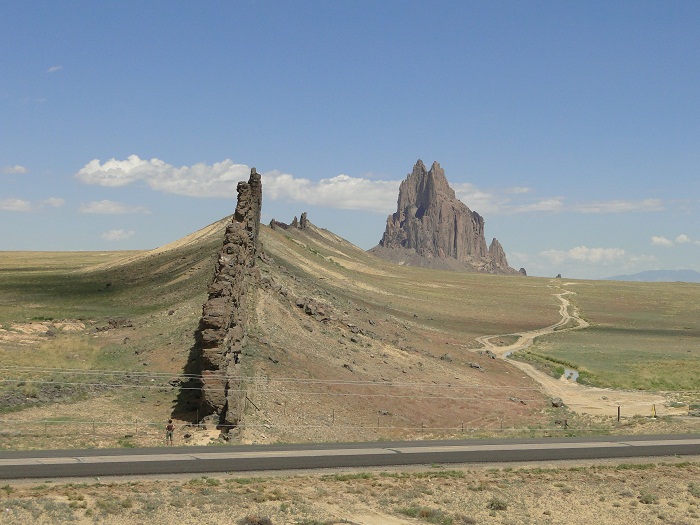 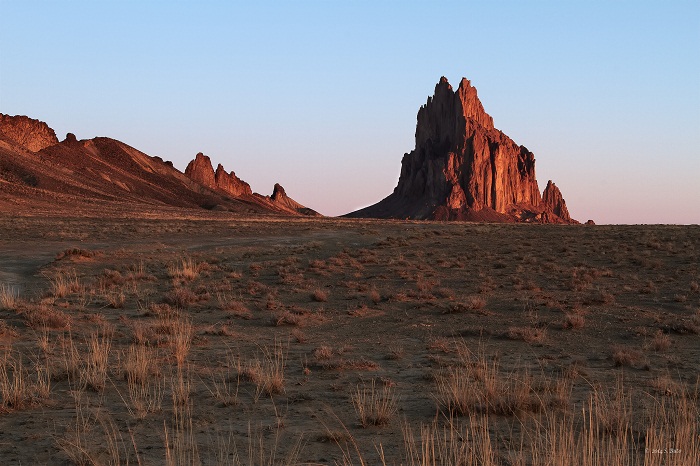