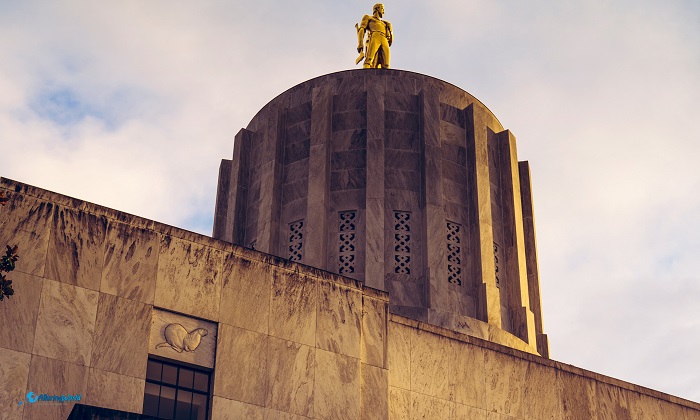 The Oregon State Capitol is the official building that houses the state legislature and the offices of the governor, secretary of state, and treasurer of the State of Oregon and it is located in the central part of the state’s capital Salem. As it is considered to be the third official capitol building that was built for the state’s officials, there is some intriguing history of how it came to this. 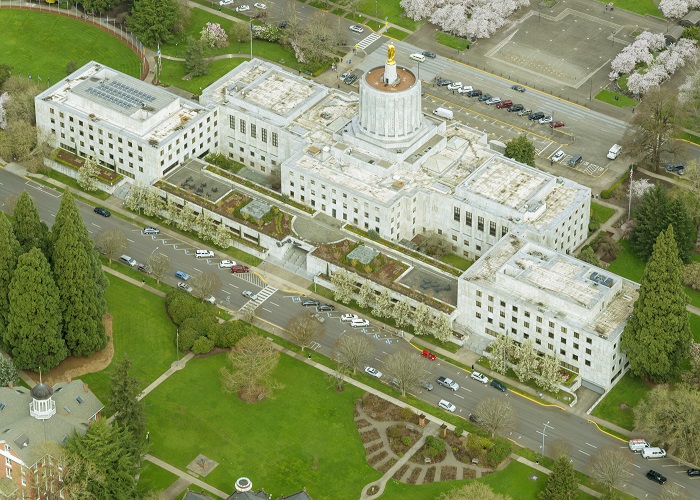 The first territorial capitol was built in the classical revival architectural style and it was located in the then provisional capital city Oregon City, however, due to some suspicious circumstances it burned down in 1855 and there was a serious debate whether Oregon City or Salem to be designated as state’s capital city. 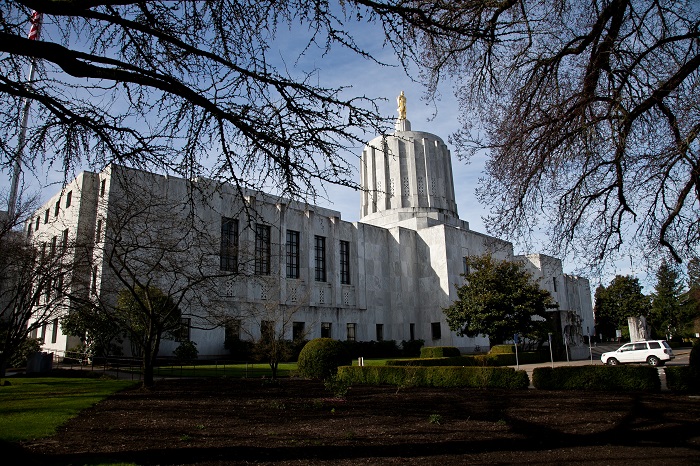 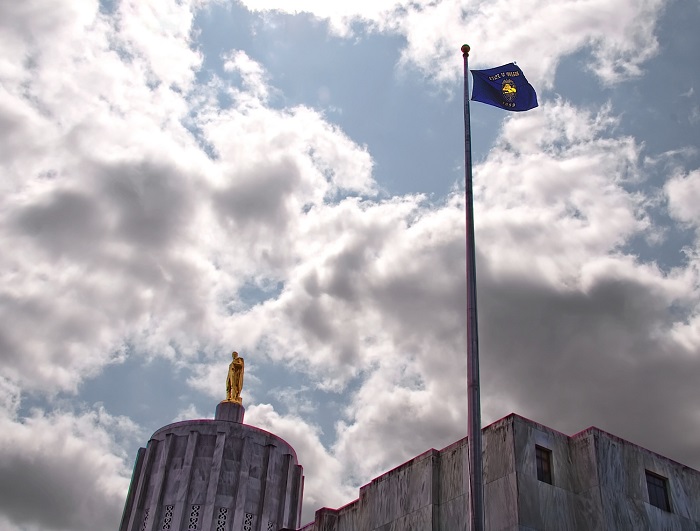 It was in 1872 when official plans began to take shape, and one year later the building started being built. It was a two floors structure built of stone and astounding 5 million bricks, with impressive portico and grand dome that was worthy for a state capitol. Sadly, the second capitol suffered the same fate as the first capitol, when a fire on 25 April 1935 burned to the ground the entire structure. 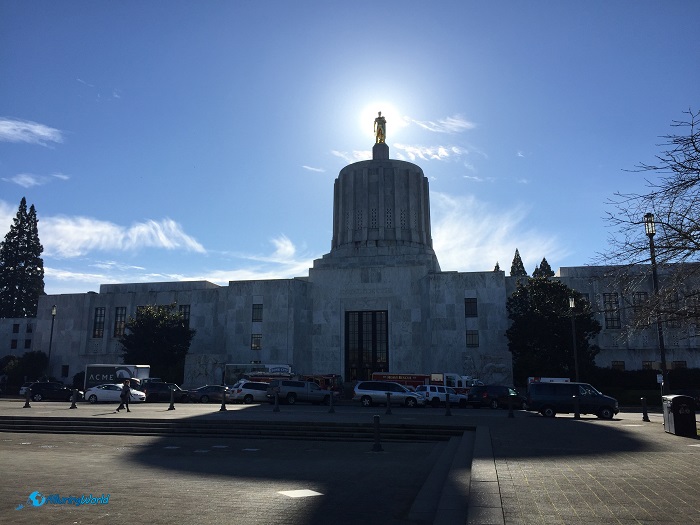 It was not until 4 December 1936 when construction of the new third capitol began, with the hope that this new building will not see the same fate as its predecessors, and will be a great symbol to the people of the State of Oregon. The building was officially completed in 1938, and later in 1977 expanded. 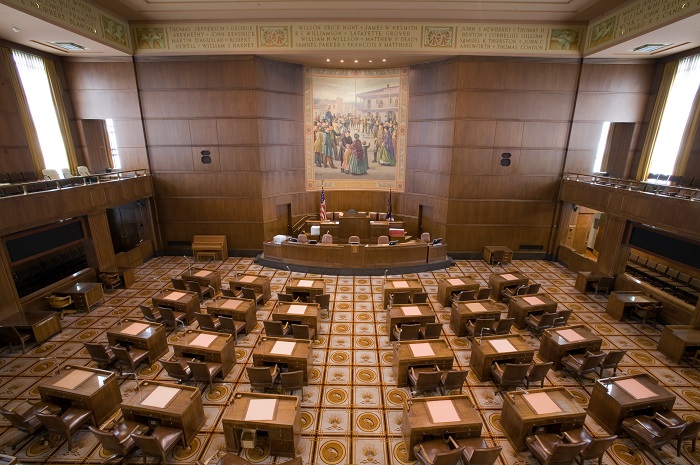 Designed by Francis Keally from the architectural practice based in New York City, Trowbridge & Livingston, the Oregon State Capitol follows the Modernist Art Deco architectural style that is quite distinguishable from the other state capitols, and yet follows the same design. 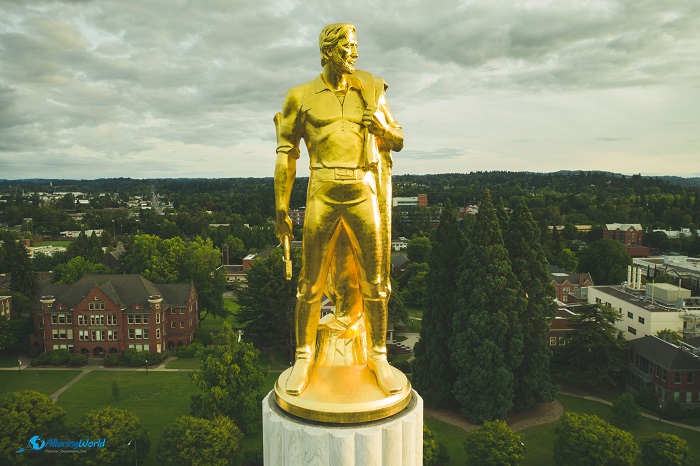 Sometimes referred to as the Gold Man, this amazing 7 meters (22 feet) tall hollow statue was built in New Jersey by sculptor Ulric Ellerhusen who made sure that the statue will leave a great impression on everyone who is going to see it in person and has gilded it with a gold leaf finish. 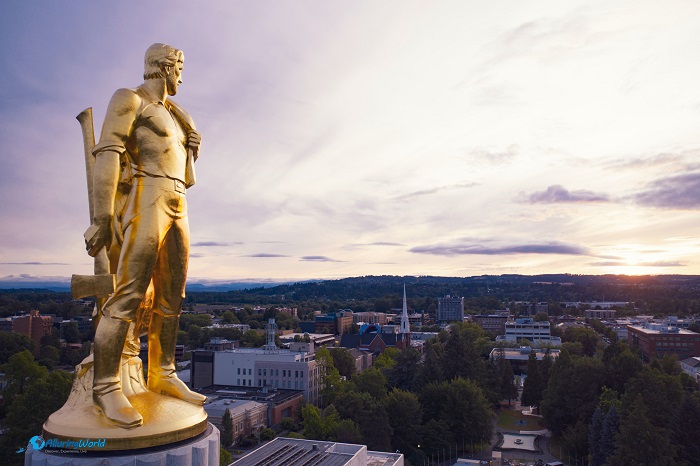 Sitting 43 meters (140 feet) above the ground, the Oregon Pioneer holds a splitting axe in his right hand with the blade end facing the ground, while with his left hand he is holding a tarp with the plan to build a shelter. 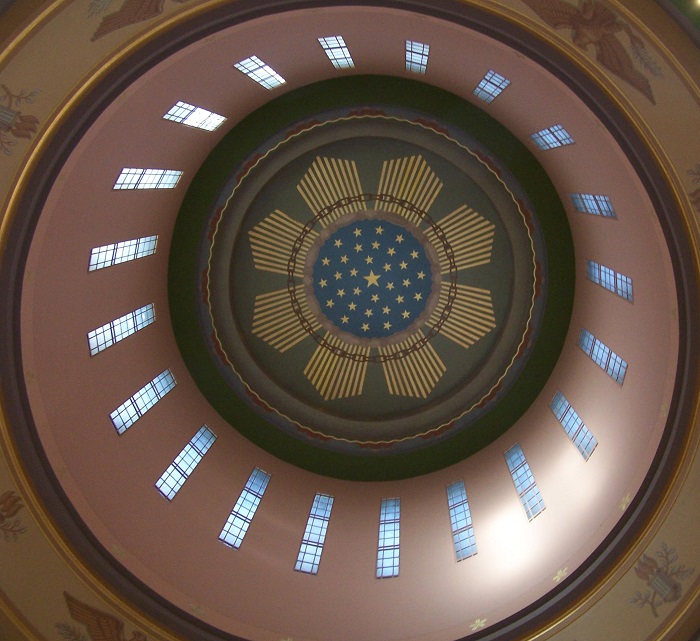 Sometimes the building is described that it has the stripped classical architectural style, but it is definitely the focal and original feature of a government building group that developed the grounds for the Capitol Mall. 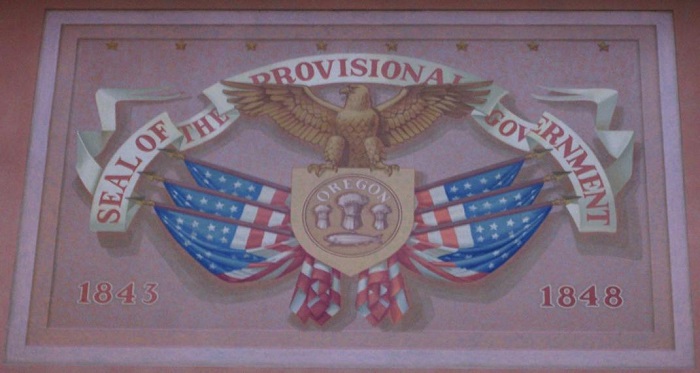 All in all, despite appearing to be simple, the Oregon State Capitol has quite complex architectural features which would be visible once in front of the building and being the symbol of Salem and the State of Oregon, this Capitol shall continue to be the beacon and beating heart of the Beaver State. 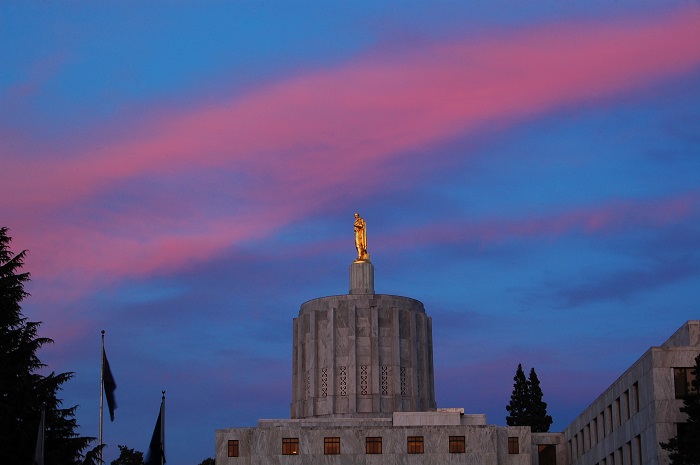 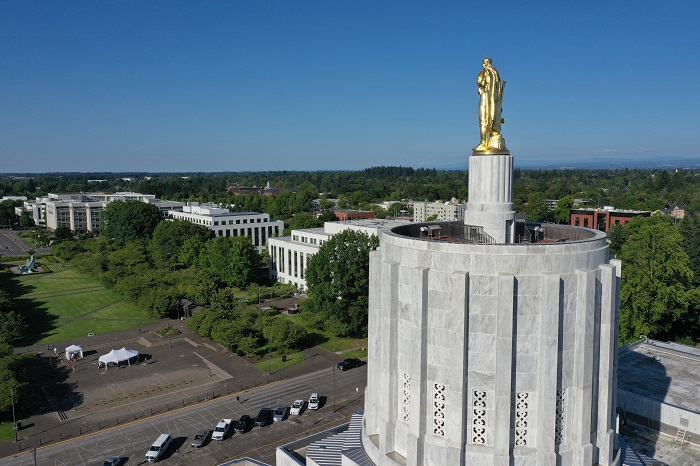 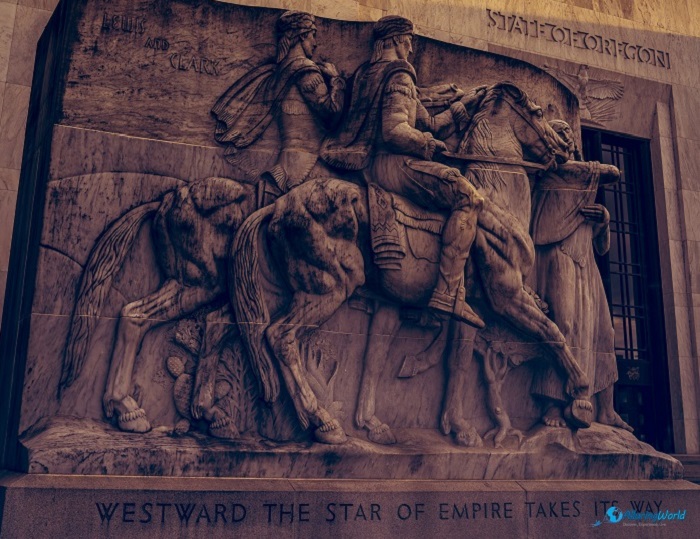 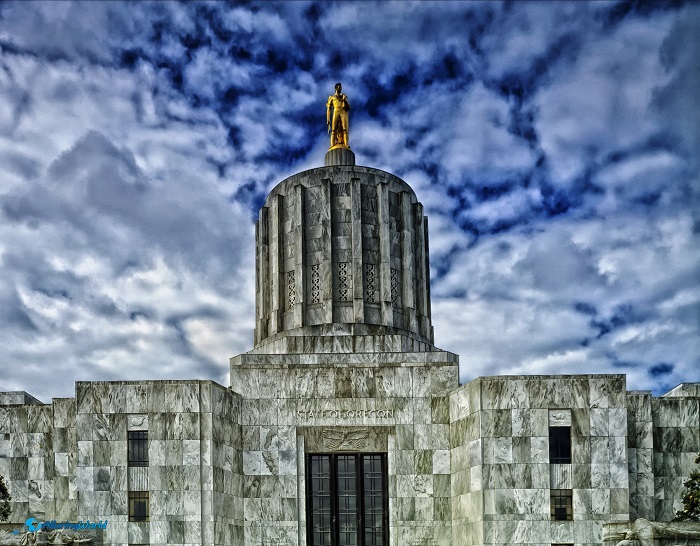