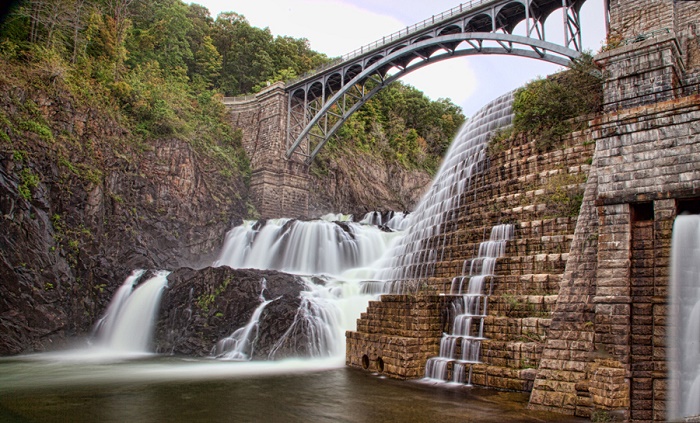 The New Croton Dam, also known as the Cornell Dam, is an artificial dam built to hold the New Croton Reservoir which is part of the New York City water supply system, located in the town of Cortland, in the State of New York, within the United States of America. 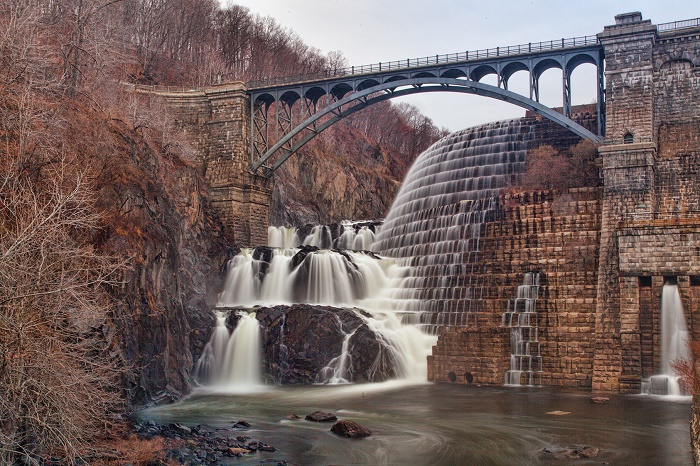 Previously there was another Old Croton Dam, which was built between 1837 and 1842, however, as the demand for water in New York was rising, in 1885 it was ordered for the construction of a new bigger dam. 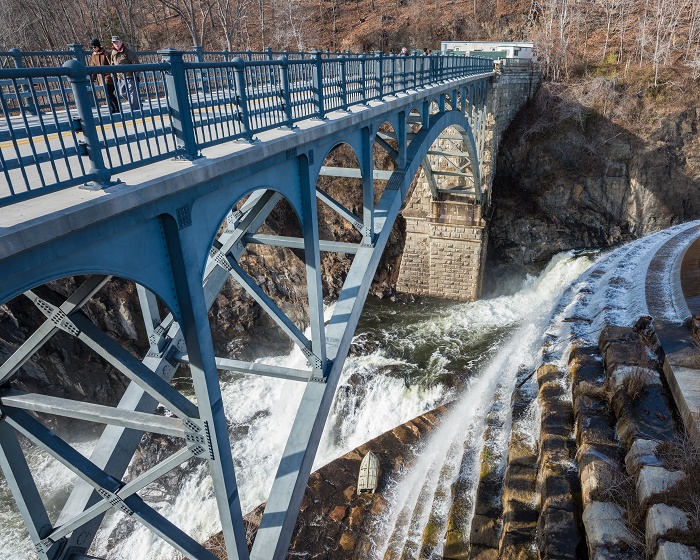 The construction of the New Croton Dam was a bit controversial at first, as it was intended to be built only 6 km (4 mi) downstream from the Old Croton Dam, which would have been submerged by the new reservoir, together with plenty of public and private buildings, six cemeteries and more than 400 farms. 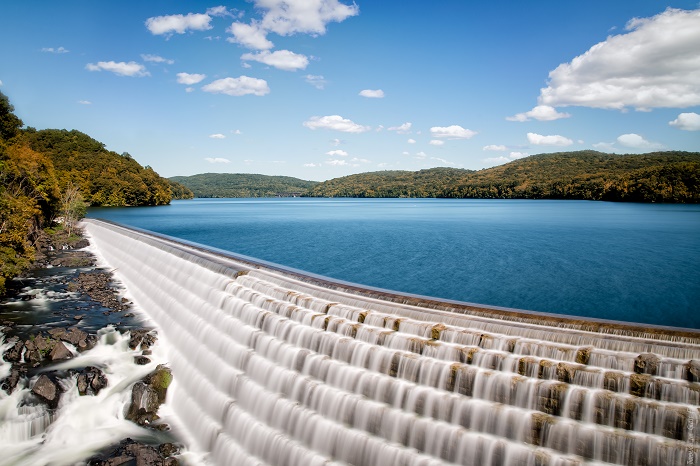 Designed by Alphonse Fteley, the construction began in 1892, and interesting is that the superintendent of excavations, John B. Goldsborough, even recruited stonemasons from southern Italy to do a good job. At first, the river was diverted from its natural path to dry the riverbed, so the construction of the masonry dam would be finished, which most of the time was in very harsh conditions. 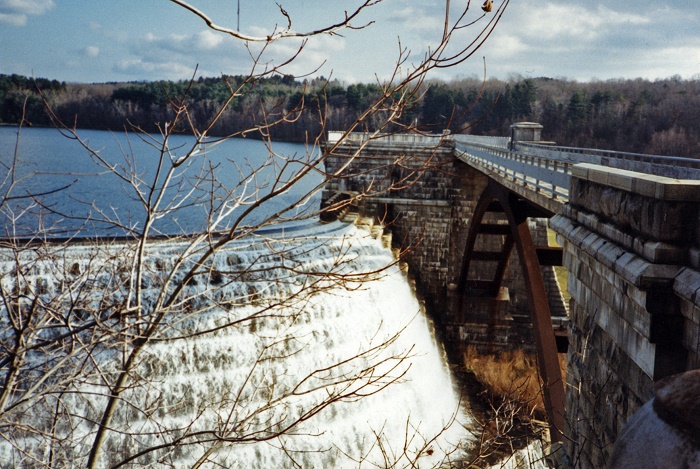 The initial construction lasted for eight years, and later it took additional six years to complete everything what was intended to be built. There were complications in 1901 when the Chief Engineer at the Croton Dam, William Hill, was told by one of his masonry inspectors that the work was defective. 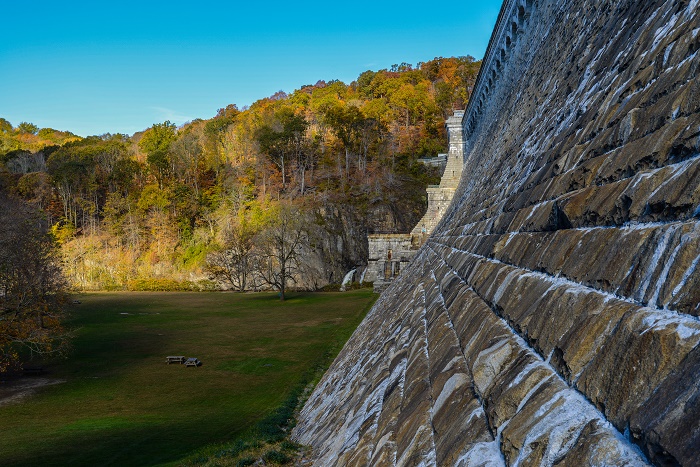 It was noticeable that the dam had holes in it through which streams of water gushed, and the core wall would have to be torn down and rebuilt, without sparing anything, including the expenses, as the dam was essential to New York City’s water supply. 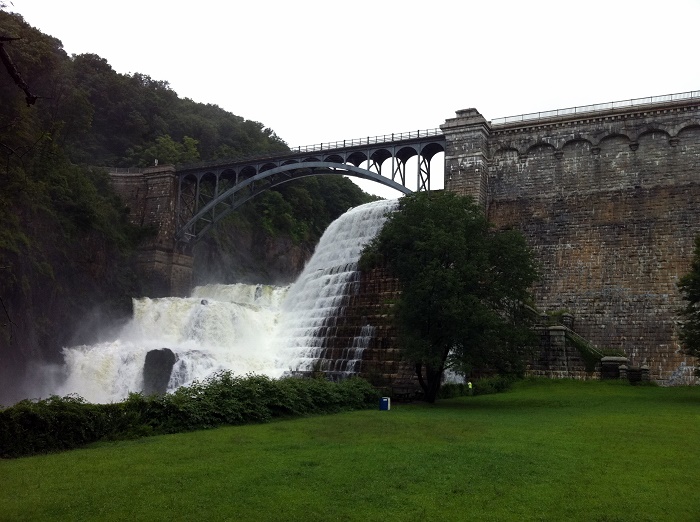 The New Croton Dam was completed finally in 1906, with a height of 91 meters (297 feet) and length of 667 meters (2,188 feet), making it very interesting due to the unusual spillway which is part natural and part artificial, forming a beautiful waterfall on the north side. 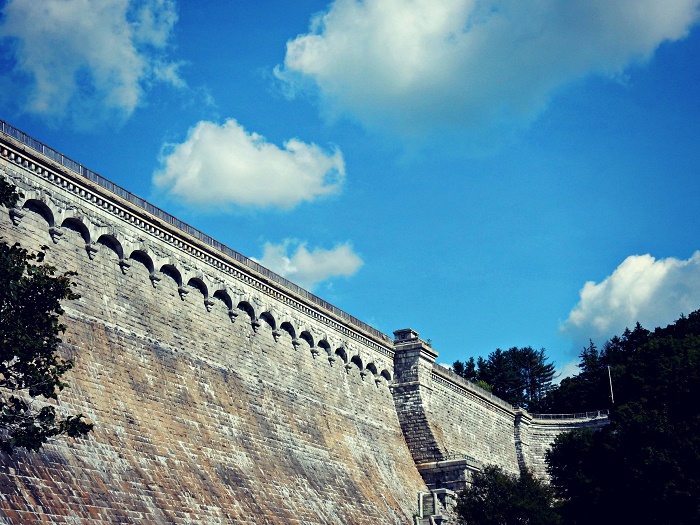 There is even a bridge that crosses over the waterfall which was replaced in 1975 and again in 2005, but nowadays, only pedestrians and emergency vehicles are allowed to pass. 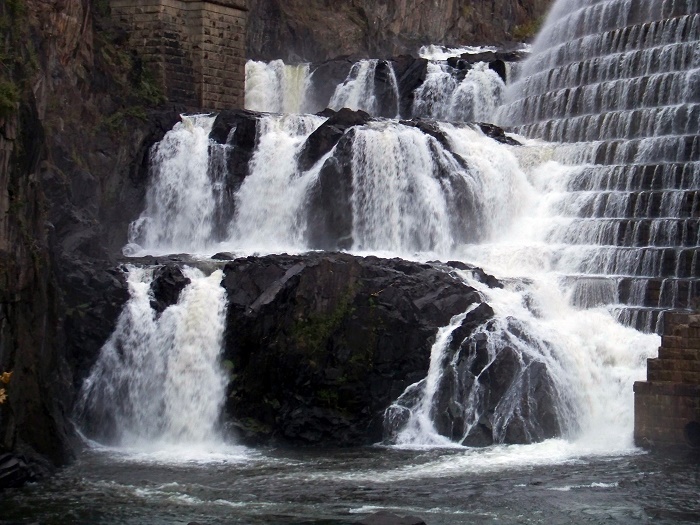 Hailed to be the second largest hand-hewn masonry, nowadays, the New Croton Dam together with the public park and trail that are next to the reservoir are popular among the locals, especially for hiking and biking, and with the amazing natural surrounding makes a great escape from the urban life. 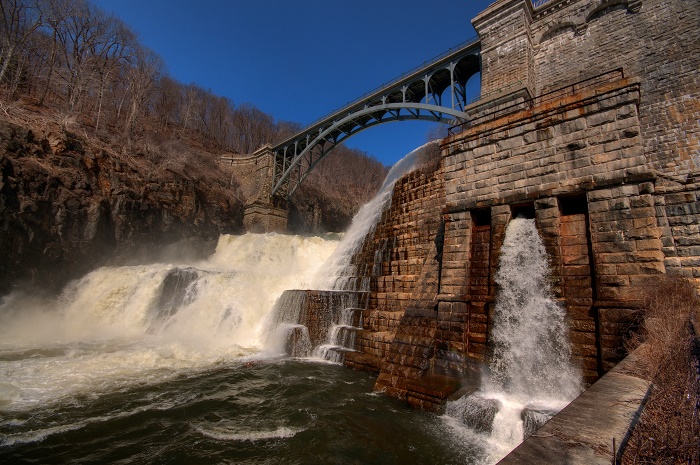