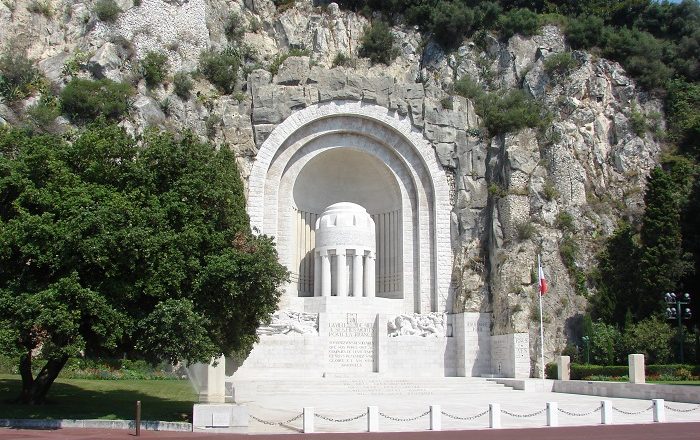 Monuments aux Morts, also known as Rauba-Capeù War Memorial, is a grandiose monument in honor to the more than 3,000 people from the city of Nice who gave their lives during World War I, and it is located on Quai Rauba Capeau, just below the Castle Hill of Nice, within the French Republic. 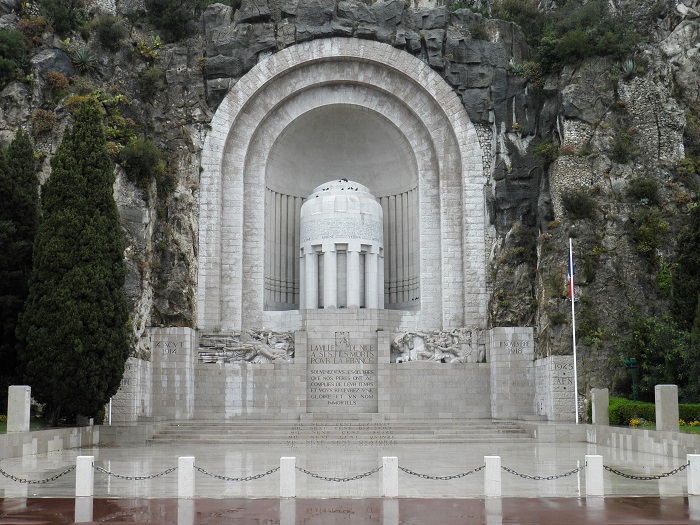 Being one of the largest ones in France, the monument is 32 meters (105 feet) high and it is carved within the rock that holds what is better known as the beginning of the city, the Castle of Nice. The main architect responsible for this interesting work is the Nice-born French architect Roger Séassal, and the construction was carried out between 1924 and 1927, where it was inaugurated on 28 January 1928 by Marshal Ferdinand Foch. 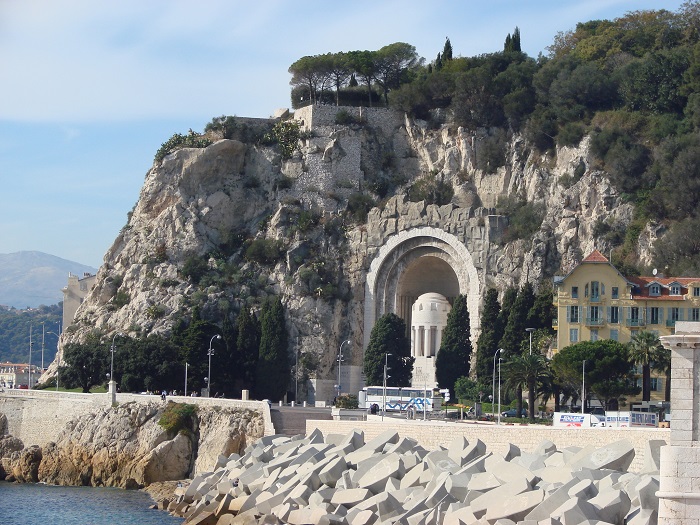 In addition to the very exceptional location, the Monuments aux Morts has a central urn-looking structure placed on columns and framed by three large arches, holding the 3,665 names of the people of Nice who died in the war, nonetheless, more names were added later when World War II ended and also ended the colonial wars. 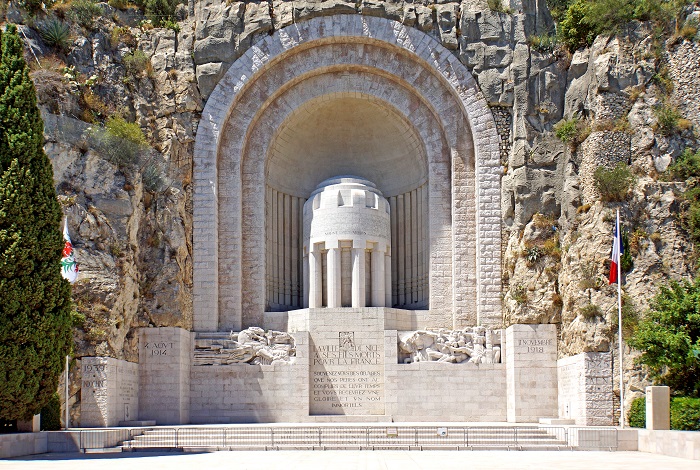 On the base of the monument there are two high reliefs which represent liberty, strength, sacred fire and victory on the left side, while on the right one are represented work, home, love and fertility. The sculptor Alfred Janniot did an intriguing and very detailed reliefs which are inspiring the visitors to this alluring memorial. 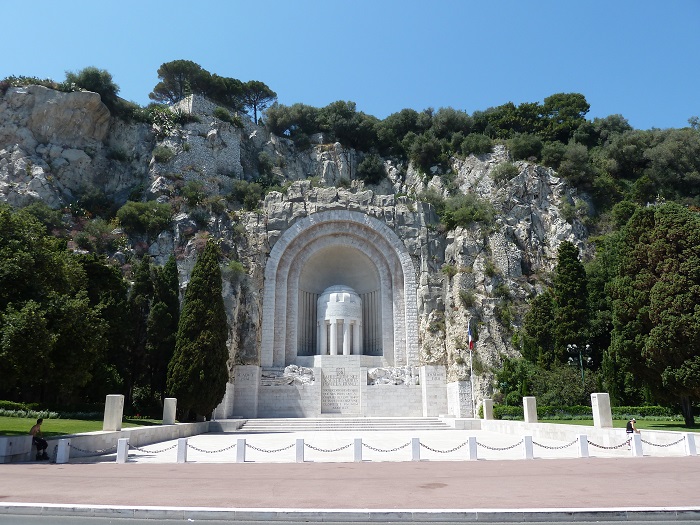 Just below the urn, there is an inscription that reads: “La Ville de Nice à ses fils morts pour la France : Souvenez-vous des œuvres que vos pères ont accomplies de leur temps et vous recevrez une gloire et un nom immortels.”, which translates to “The city of Nice to its dead sons for France: Remember the work that your fathers accomplished in their time and you will receive glory and immortal name”. 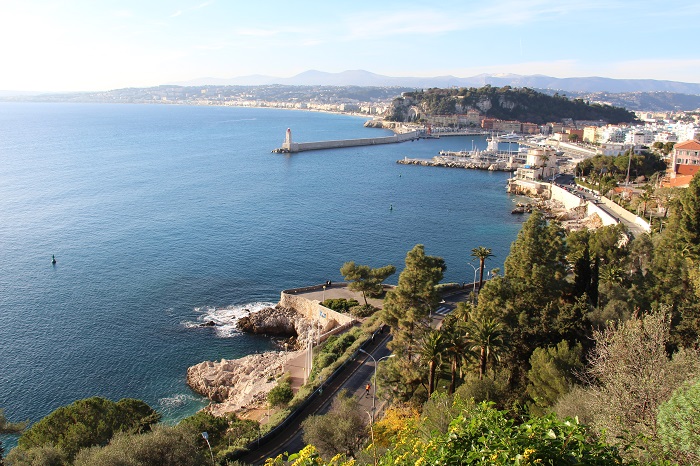 This is one of the most important reasons why the nations should not forget their heroes, and as the city is trying to immortalize the heroes who gave their lives in order for the city of Nice to be free, we should never forget that we are living nowadays in peaceful times because they were fighting for that. 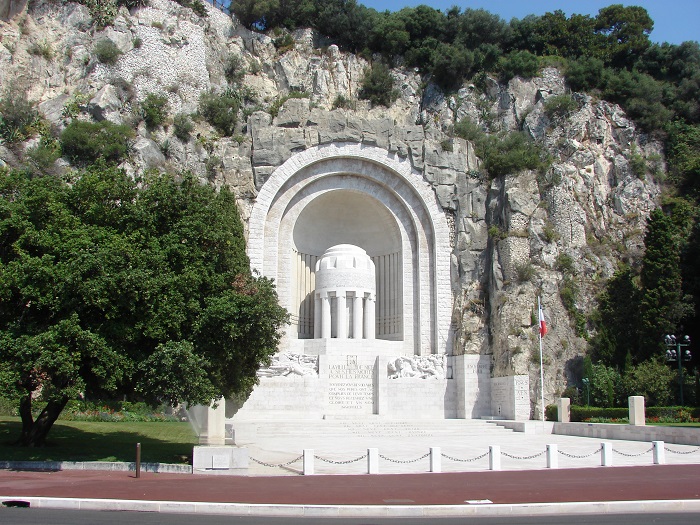