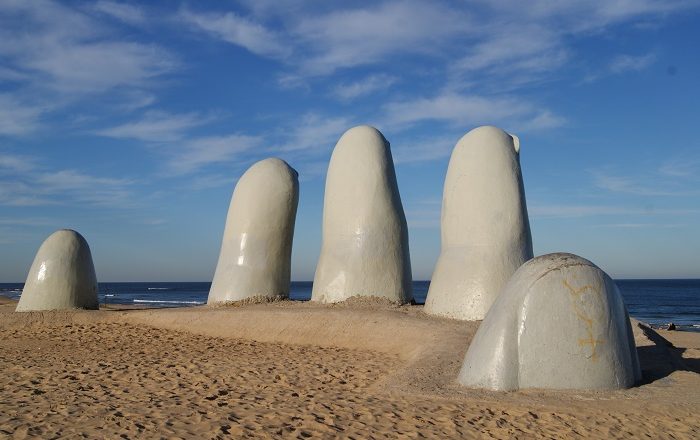 La Mano, or better known as La Mano de Punta del Este, is a mostly concrete sculpture that is erecting from the sand on the beach in the resort town Punta dell Este, which is located on the Atlantic Coast of the Maldonado Department, within the Oriental Republic of Uruguay. This sculpture is also known by its other names, such as Los Dedos or The Fingers, Hombre emergiendo a la vida or Man Emerging into Life, however, the most popular one is certainly The Hand, or as the Spanish variation would be La Mano. Being a great symbol of the resort town, it depicts five human fingers that are partially emerging from sand and it was built in 1982 according to the design of the Chilean artist Mario Irarrázabal. 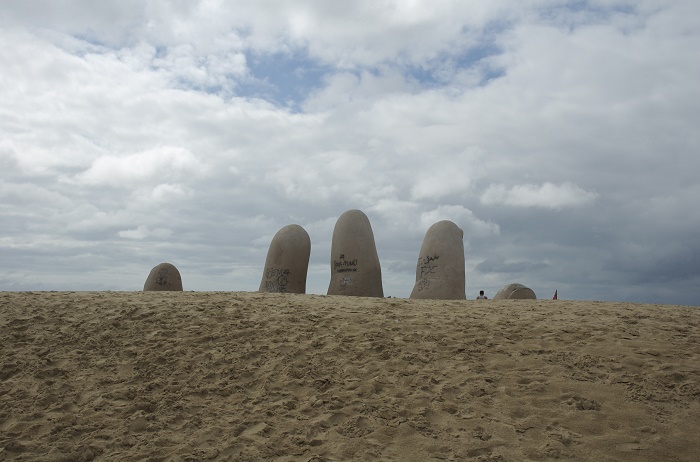 Even though they appear to be emerging, the artist said that the fingers are actually “drowning” as a warning to swimmers, as the waters at the beach have rougher waves which were better for surfing. 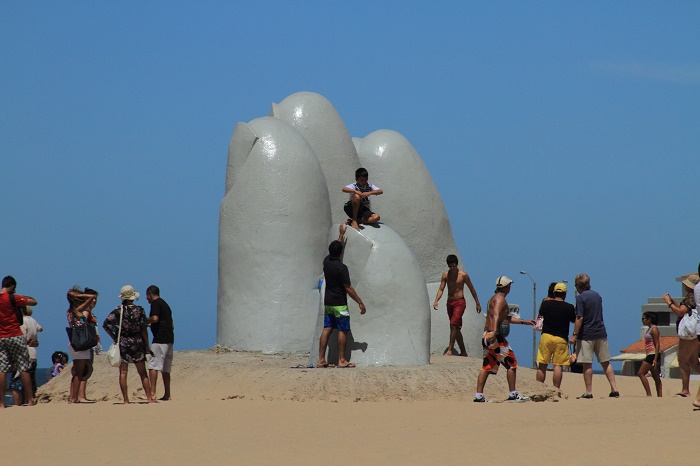 The entire sculpture is made from concrete and plastic material, which was reinforced with steel bars, metal mesh, and a degradation-resistant solvent covering the plastic on the outside, which makes it durable from the harsh and strong winds which are quite common in Punta del Este. Definitely, the most recognizable landmark of the city, unfortunately, La Mano is being vandalized very often by graffiti. Still, after the huge success, there were other sculptures like this one that emerged around the world, making their author worldwide famous. 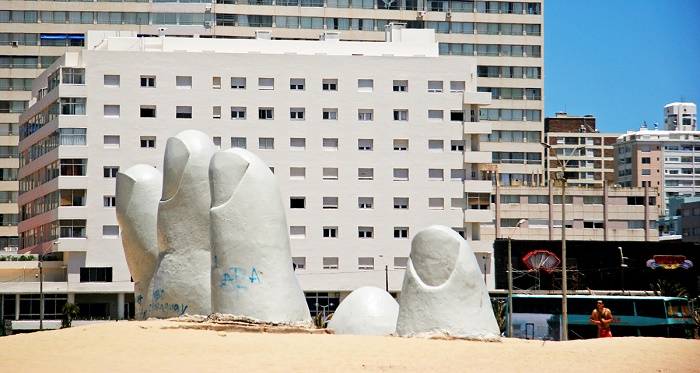 Still standing in its original location, Parada 1 at La Brava Beach which is more precisely the geographical landmark where plenty of visitors come to admire this artistic masterpiece, take their postcard looking photos and tell the story which was copied again around the world. 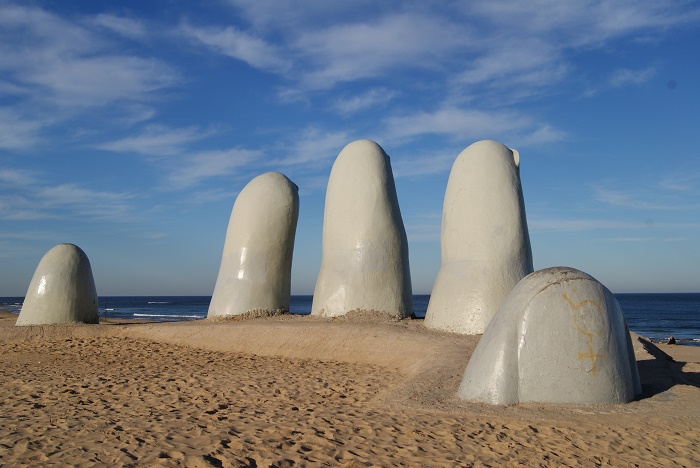 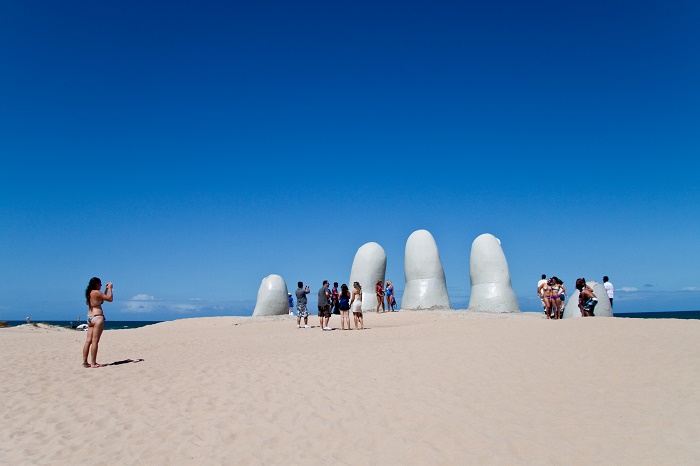