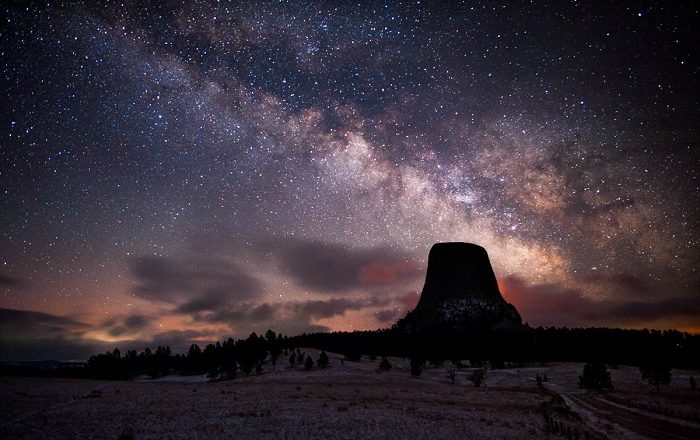 Devils Tower, also known as Bear Lodge Butte, is an impressive laccolithic high butte which is composed of igneous rock in the Bear Lodge Mountains, within the Crook County which is part of the State of Wyoming in the United States of America. 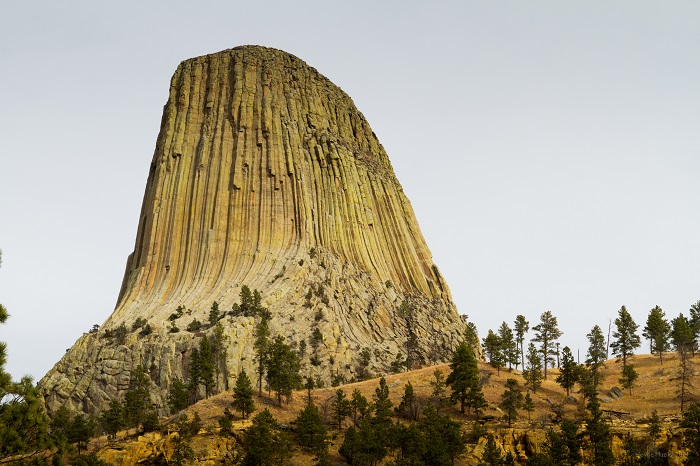 Standing at a height 386 meters (1,267 feet) above the river that flows beneath the rock, it measure 265 meters (867 feet) in height from summit to base. This astounding geologic greatness is considered to be scared for the Native Americans, especially the Northern Plains Indians, where hiking signs stating not to stray away from the trail are put into place on the way to the rock. 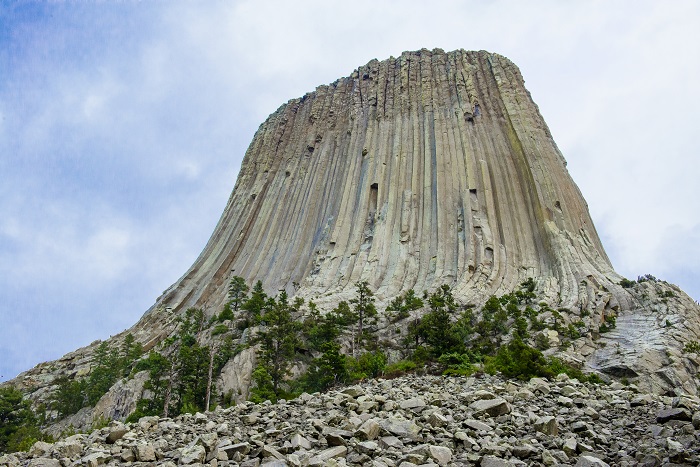 There are plenty of theories about the creation of this impressive place, where the geologists Carpenter and Russell studied Devils Tower in the late 19 century and came to the conclusion that it was formed by an igneous intrusion, however, there are always other geologists that are disputing this. Some are theorizing that the Devils Tower is a volcanic plug, or maybe that it is a neck of an extinct volcano, however, there are no volcanic ash, lava flows, volcanic debris, or even pyroclastic material. Still, the igneous material that forms the Tower is a phonolite porphyry intruded about 40.5 million years ago, and as the magma cooled, hexagonal columns formed which are visible today. 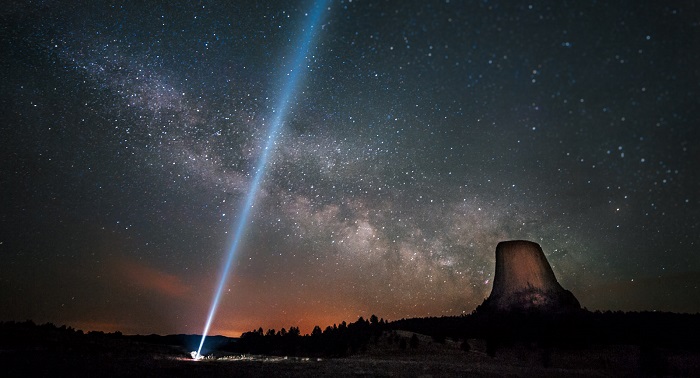 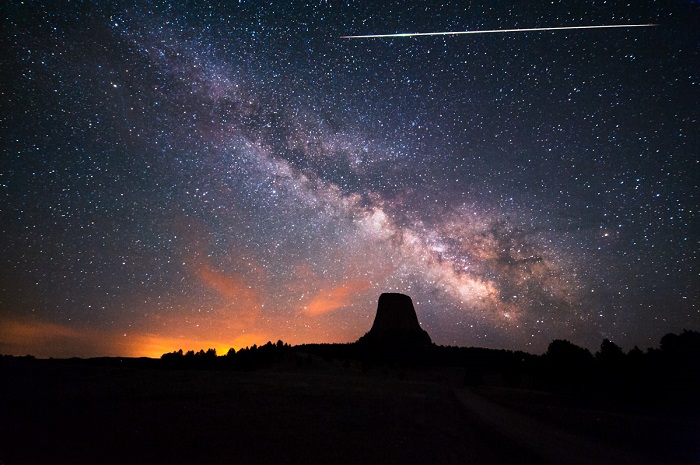 Nevertheless, the Devils Tower did not visibly protrude out of the landscape until the overlying sedimentary rocks eroded away, and as the elements wore down the softer sandstone and shale, the more resistant igneous rock made up the tower and survived the strong erosion forces, which in the end resulted as an interesting single isolated mass above the landscape. 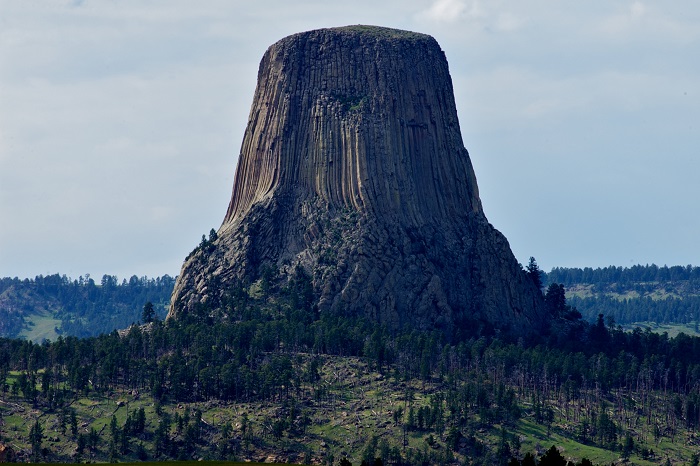 Nowadays, the erosion with rain and snow continue to occur around the base, and there will be more of the Devils Tower which will be exposed. The first ascent of the butte was on 4 July 1893 by William Rogers and Willard Ripley, and the most important thing happened on 24 September 1906, when the American President Theodore Roosevelt declared the Devils Tower as the first United States National Monument. Being visited by 400,000 visitors per year, there are those who are looking for an adventure and climb the butte mostly using traditional climbing techniques. That is why this unique place will continue to be the public secret of Wyoming, the hidden jewel which will impress all those people who are going to witness something out of the ordinary in the USA.