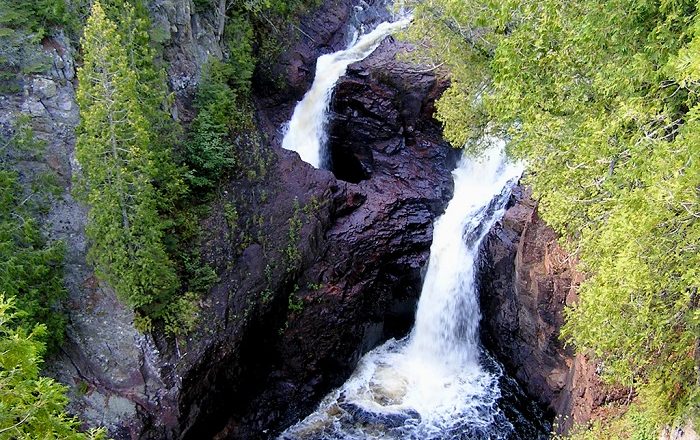 The Devil’s Kettle is an unusual and mysterious waterfall that is part of the Judge C. R. Magney State Park, located in the State of Minnesota, within the United States of America. This waterfall is also an interesting rock formation which is part of the Brule River that is some 2 km (1 mi) from the river’s mouth, that splits the waterfall into two parts around a mass of rhyolite rock. 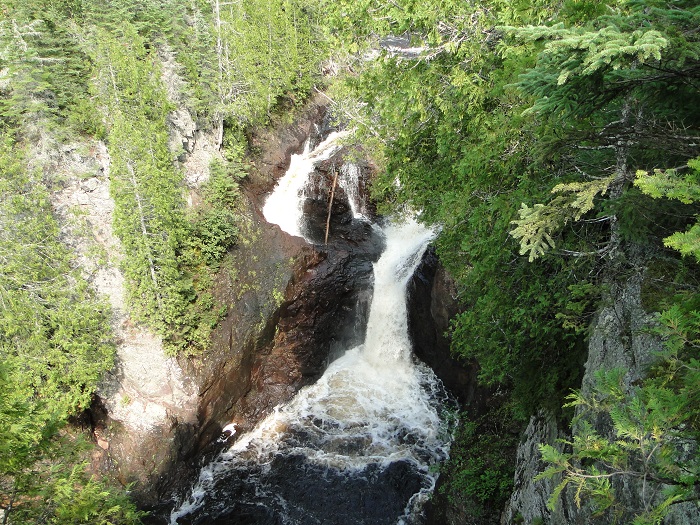 The right part of the waterfall falls over a 15 meters (50 feet) two-step drop, where it continues downstream, while the left part surges into a pothole that is some 3 meters (10 feet) high, and disappears underground. Throughout the years, people have experimented where the stream of water edns up with sticks, ping pong balls, and GPS trackers without seeing them resurface downstream. 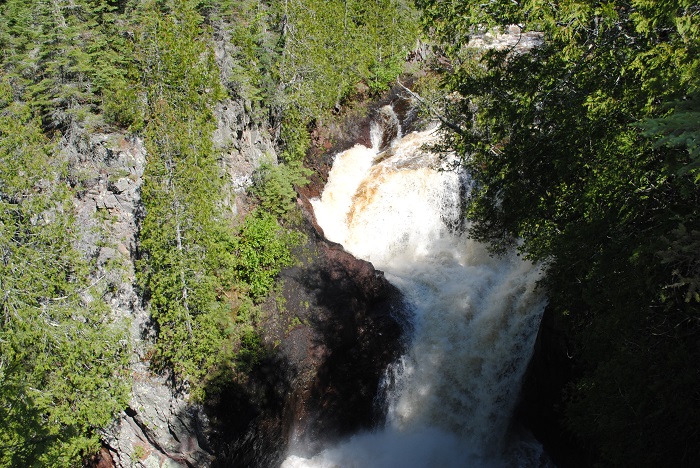 There are stories that the Devil’s Kettle is actually connected underground with the Lake Superior, however, nobody has proven this so far. For decades there was no logical satisfactory geological explanation, which made it popular and quite the regional mystery. 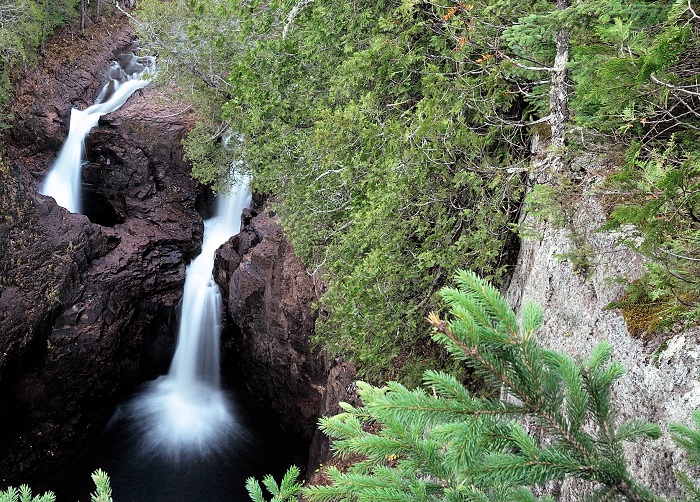 The underlying rock was all wrong for the formation of large underground passages, which are generally restricted to porous rock like limestone, and although lava tubes can form in certain igneous rock, they can’t appear in rhyolite, and the underlying basalt is both too deep and not formed in the proper volcanic conditions for tubes. 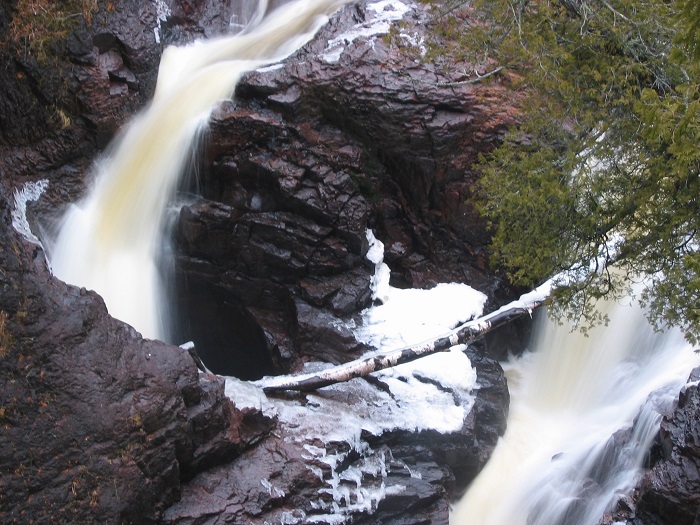 Still, in recent years, the researcher from the Minnesota Department of Natural Resources (DNR), Jeff Green, has somewhat proved that the water goes nowhere else but back into the river. 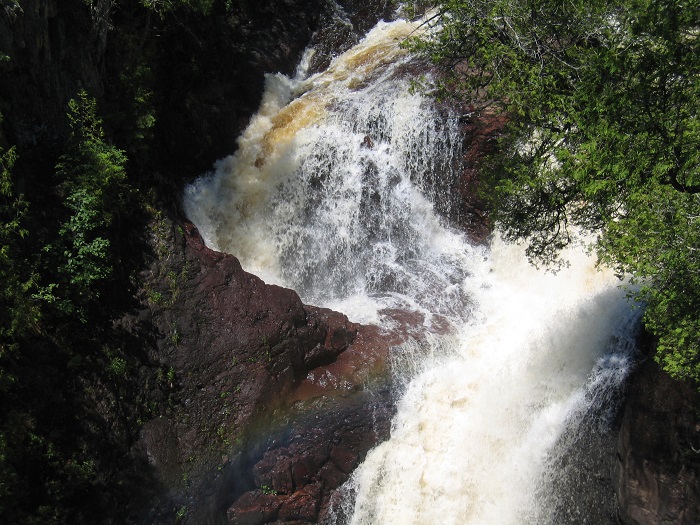 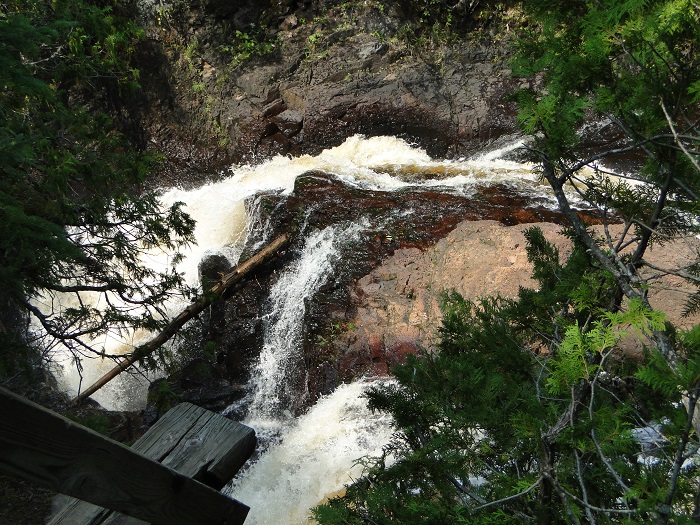 This proves that the water is still ending up in the Brule River, and the failure of finding the objects that were thrown in the kettle is due to the powerful currents in the kettle’s plunge pool which are strong enough to hold down most material until it was pulverized. 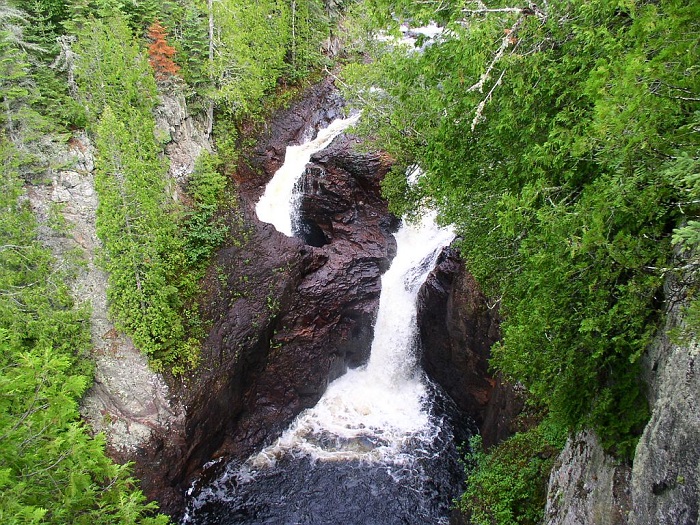 Nevertheless, this is definitely one of the most interesting sites in Minnesota which is being visited constantly by regular people who would like to experiment and enjoy in the beautiful nature that surrounds the Devil’s Kettle. 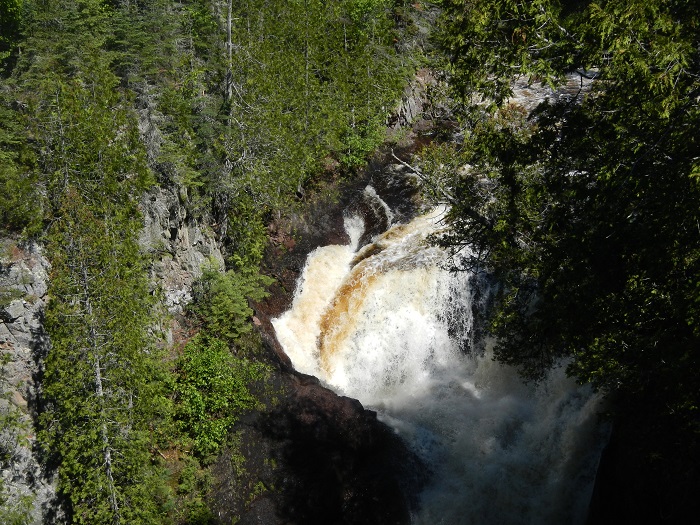 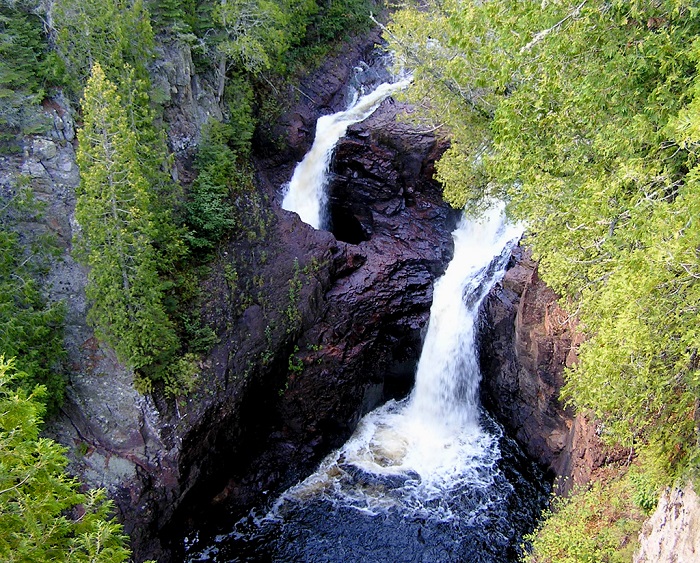