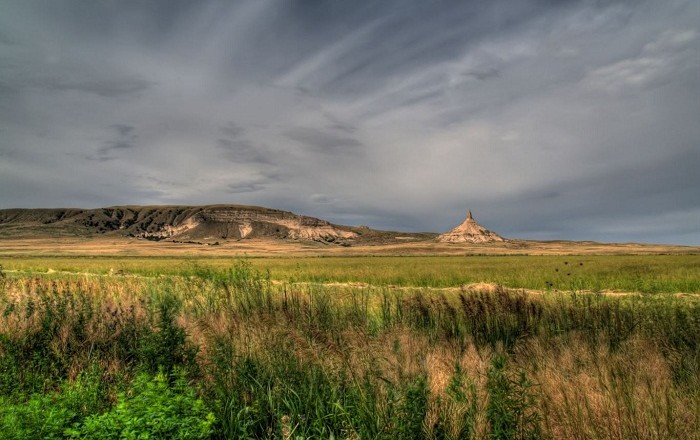 Chimney Rock National Historic Site, or as it is usually known just as Chimney Rock, is a prominent geological rock formation which is easily recognizable, located in Morrill County in the State of Nebraska, USA. 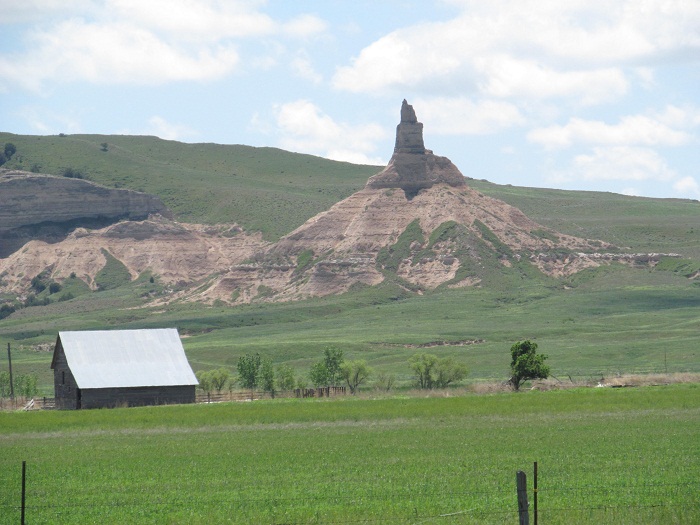 As one of the famous landmarks for pioneer travelers on the Oregon, California, and Mormon Trails, a symbol of the great western migration, it is 91 meters (300 feet) above the North Platte River Valley, as well as 1,288 meters (4,226 feet) above sea level. 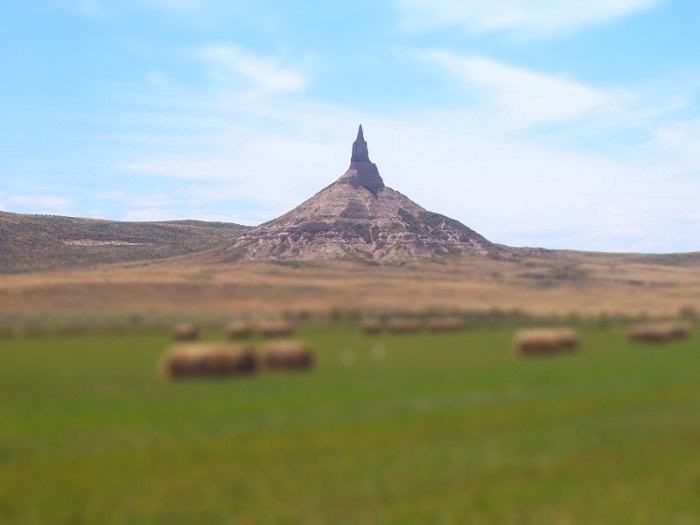 Visible from the east along the U.S. Route 26, it is administered by the Nebraska State Historical Society which operates the Ethel and Christopher J. Abbot Visitor Center at the Historic Site. Featuring museum exhibits explaining the westward migration of 19 century, together with the significant role Chimney Rock had for those traveling west, it has been reported that the rock spire might have been taller than the height it has today. 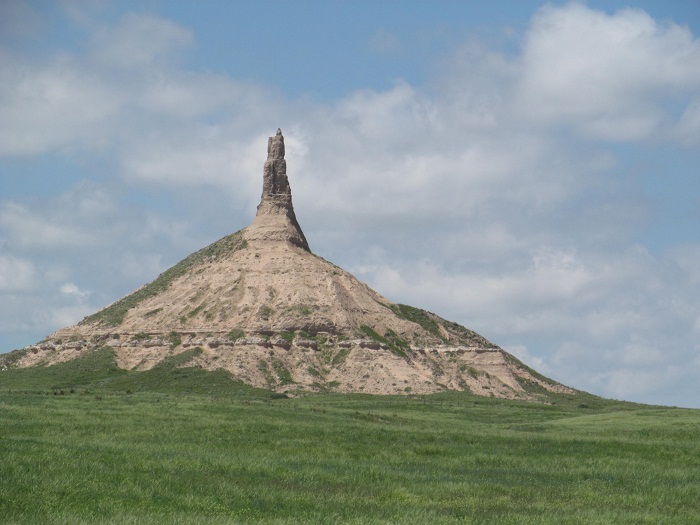 Most likely wind, erosion or a lightning strike had caused the top part of the spire to break off, throughout the ages, the rock spire has continued to capture the imaginations and the romantic fascinations of travelers. The Lakota Sioux Native Americans used to refer this formation by a term that translates to Elk’s Peak, but first non-natives to see the pillar were probably the Astorians of Robert Stuart in their eastern journey from the Pacific Ocean in 1813. 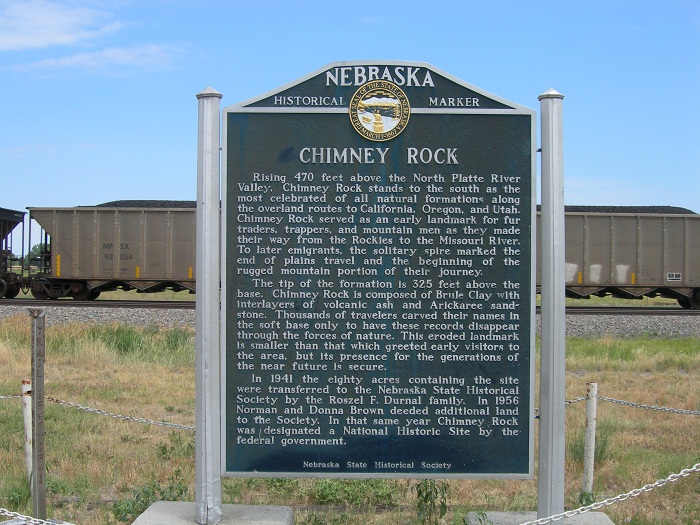 Even though Chimney Rock and its surrounding environs today look much as they did when the first settlers passed through in the mid 1800s, at the southeast edge of the base in 1940, a small stone monument has been erected which commemorates a gift from the Frank Durnal family to the Nebraska State Historical Society of approximately 32 hectares (80 acres) of land, including Chimney Rock. 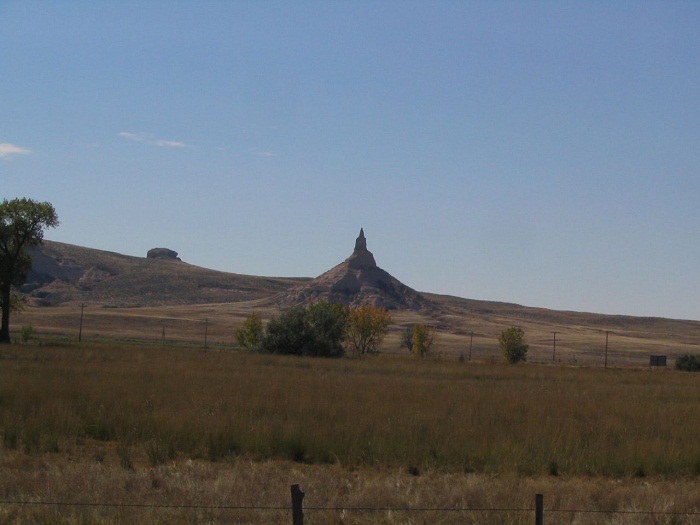 The plot of land that the State owns provides a buffer zone to protect the historic landmark from modern encroachment. The only modern developments are Chimney Rock Cemetery, located approximately one-quarter mile southeast, and the visitor center nearby.

Regarding its unique natural history, Chimney Rock was designated as a National Historic Site in 1956, where today many people are visiting the site and create many amazing memories. 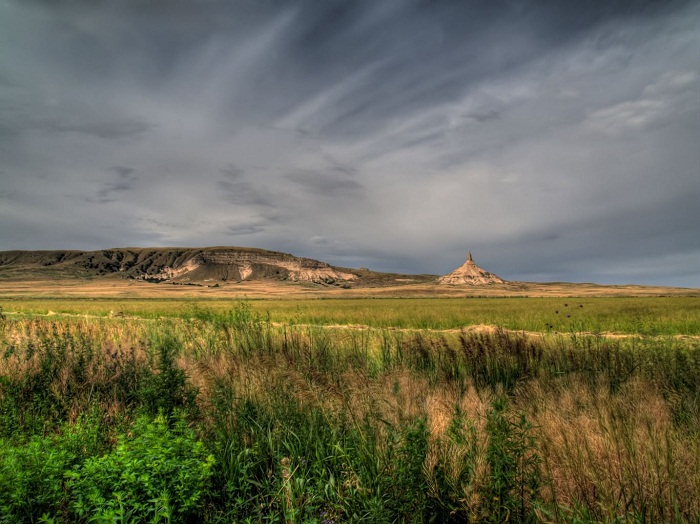 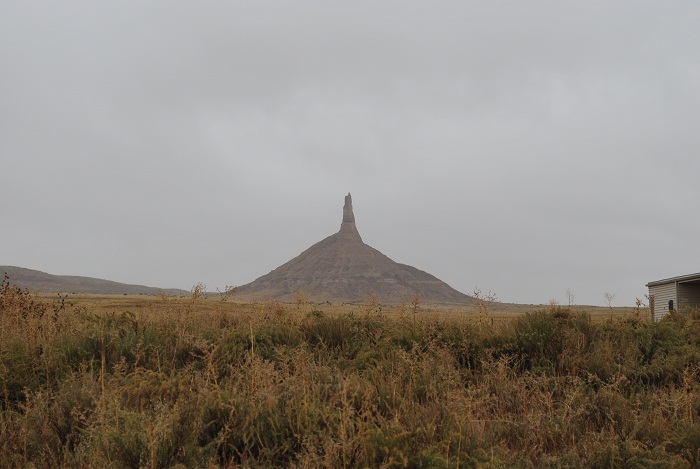