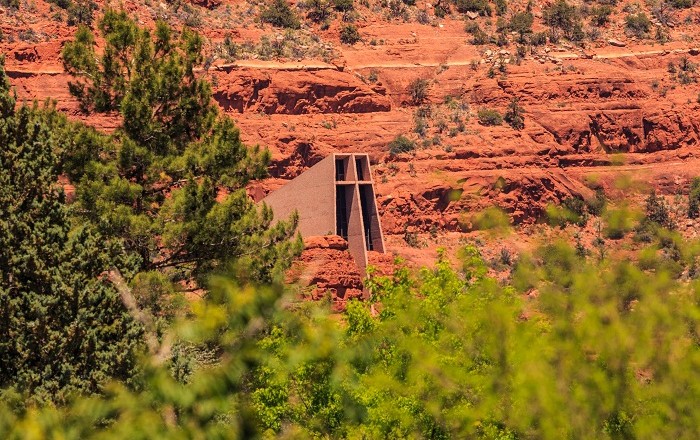 The Chapel of the Holy Cross is a Roman Catholic chapel built in the red rock buttes in Sedona, Arizona, in the United States of America. Inspired by the local sculptor Marguerite Brunswig Staude, who was a student of the notable American architect Frank Lloyd Wright, she actually got the inspiration from the then newly built Empire State Building. 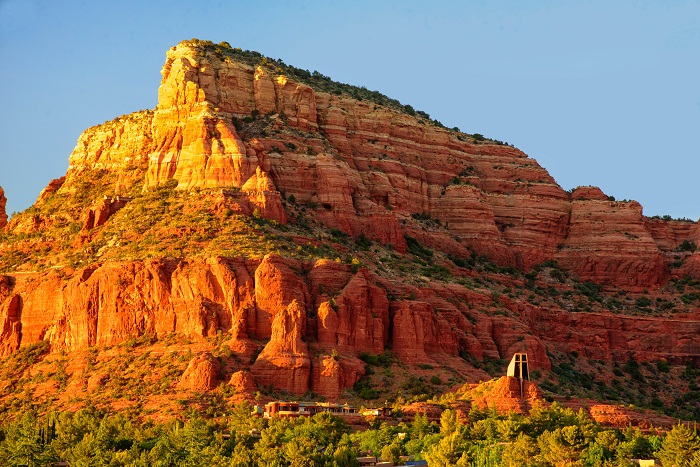 Seeing the Building from a certain angle, she noticed that a cross can be seen and was looking for a great place where she could build this architectural masterpiece. There was one attempt to build it in Budapest, Hungary, however due to the Second World War the plan was aborted. 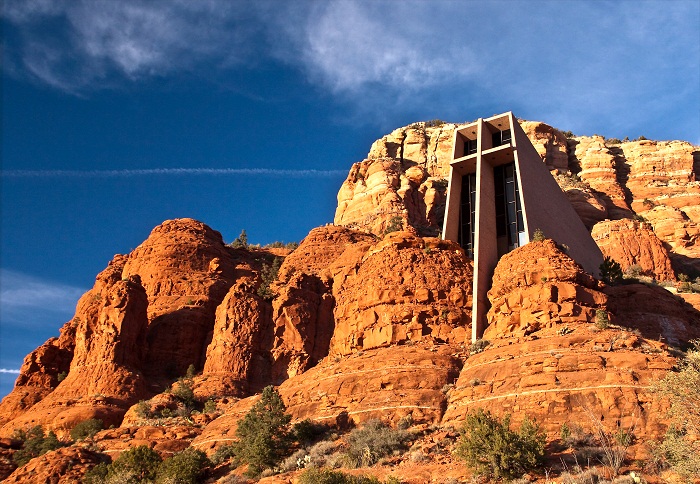 Later on, Richard Hein was chosen as project architect, and the design was executed by architect August K. Strotz, both from the firm of Anshen & Allen. As the Chapel is built on Coconino National Forest land, the late Senator Barry Goldwater assisted with the permit for the construction, and the construction began in 1954. It took 18 months to be completed, where one can see the striking giant cross that supports the structure of the glass, together with the rest of the building over a butte. Located on the southern side of Twin Buttes, the chapel is accessible just off of the main road to Sedona (Highway 179) on Chapel Road, there are no regular services in the church, as it is meant to be a place of reflection and meditation. The interior is very simple, with nothing more than a few pews and an alter, so that attention will not be taken away from the spiritual inflection and physical block glass windows and large cross that emphasize the space. 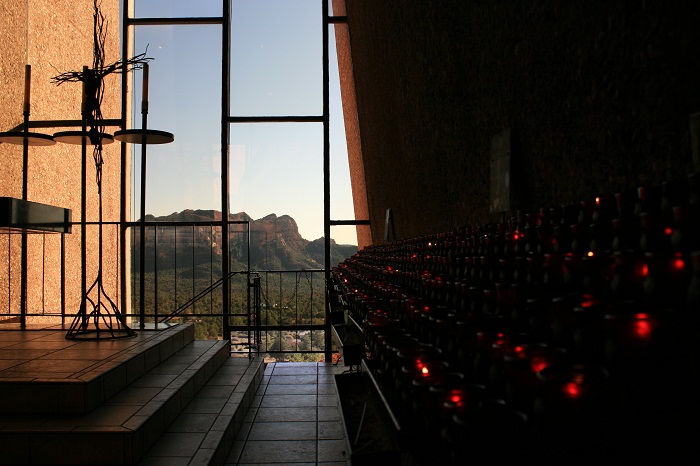 On the periphery, benches hug the angular walls, whereas in the center, two rows of pews (seven on each side) provide the necessary place to pray and rest. The proof of the magnificence the Chapel has was proven immediately one year after its completion, when the American Institute of Architects gave the Chapel its Award of Honor. 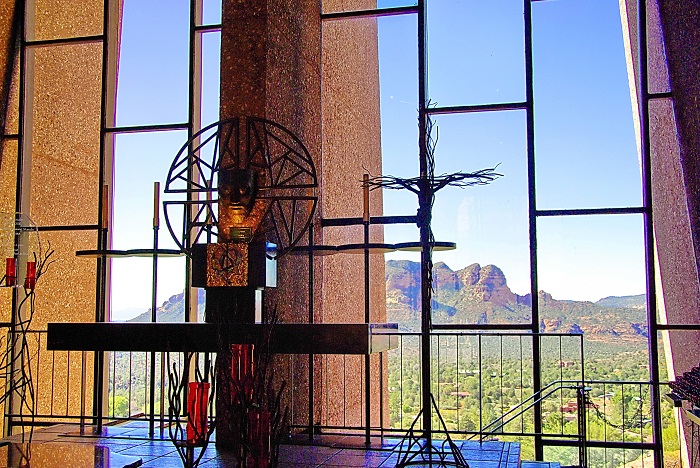 Nowadays, visitors are flocking towards this alluring architectural beauty to find peace and tranquility, and the architects of course to find an inspiration to create even more interesting, if not, similar masterpieces. 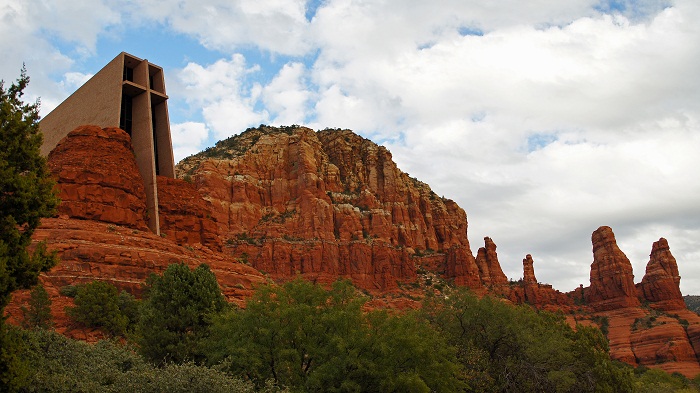 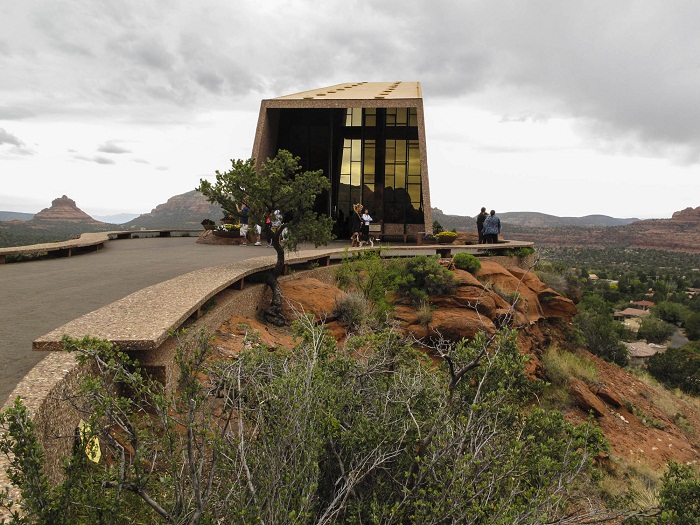 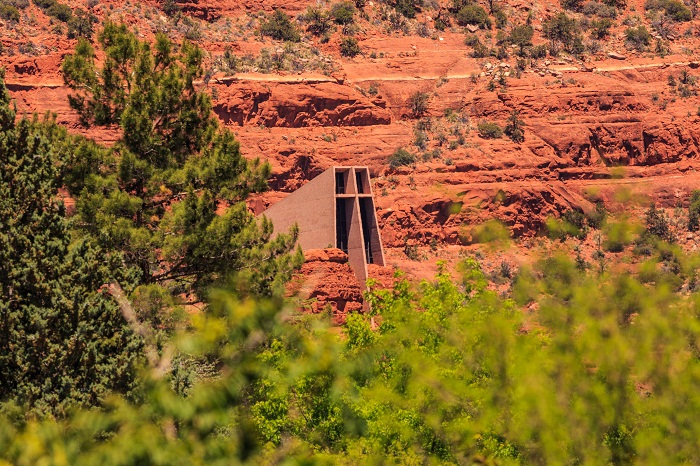