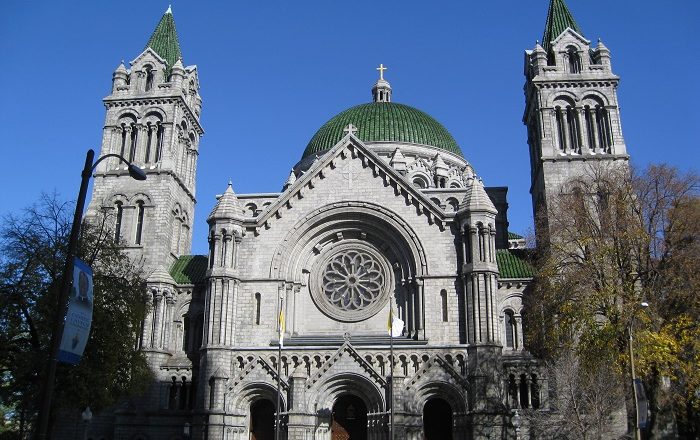 The Cathedral Basilica of Saint Louis, sometimes referred to as the Saint Louis Cathedral, is a Roman Catholic cathedral and one of the greatest landmarks of the independent city of St. Louis, in State of Missouri, within the United States of America. Serving as the mother church of the Archdiocese of St. Louis and the seat of its archbishop, there is a very long and important history behind this magnificent cathedral. 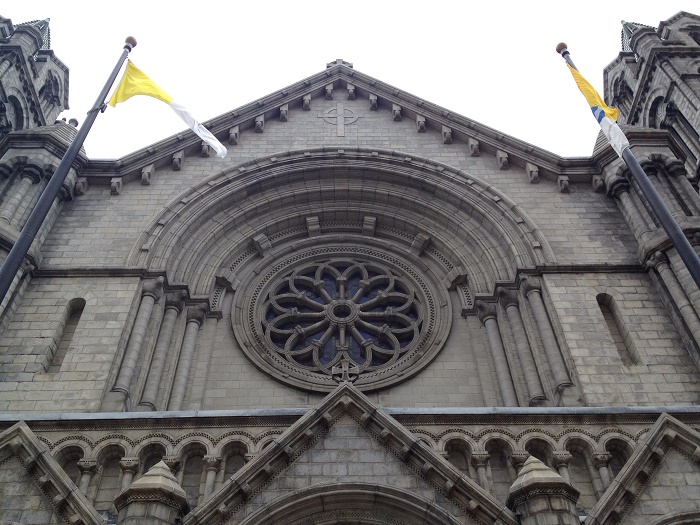 Named after the city’s patron Saint Louis, the cathedral can accommodate up to 5,000 worshipers, including the galleries, and it was designed in the Neo-Byzantine and Romanesque Revival architectural style, according to the drawings of the prominent architectural firm, Barnett, Haynes & Barnett. 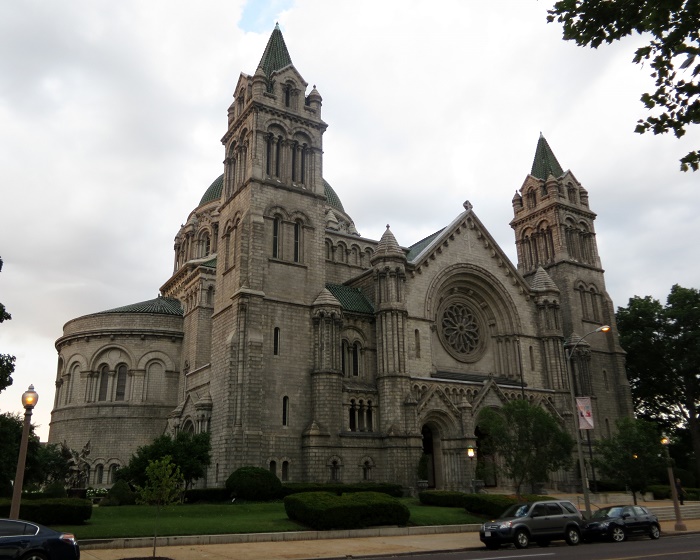 Even though at first it was intended to be built as a Gothic church, the diocese at that time opted for the style it has today and it can be certainly mentioned that it was the right decision. 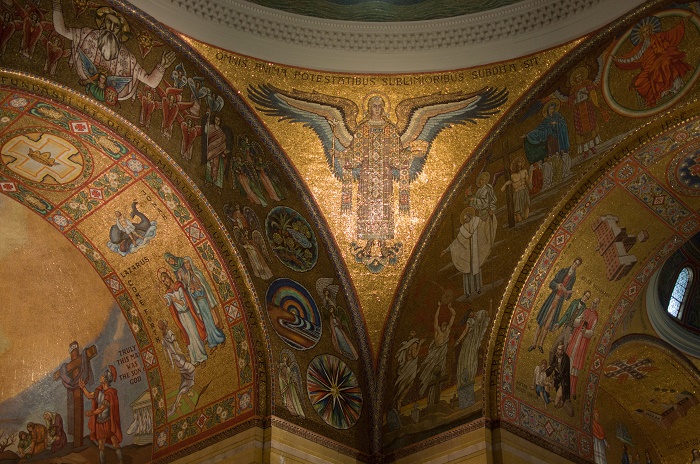 Throughout the years, there were plans for a new cathedral to be built in order to replace the old one, some of them dating from 1870s, and it was on 1 May 1907 when the official construction began. It took seven years for the Saint Louis Cathedral to be finished, and the outcome was a structure that is 111 meters (365 feet) long, 62 meters (204 feet) wide, with the outer height of the main dome being 69 meters (227 feet) tall. 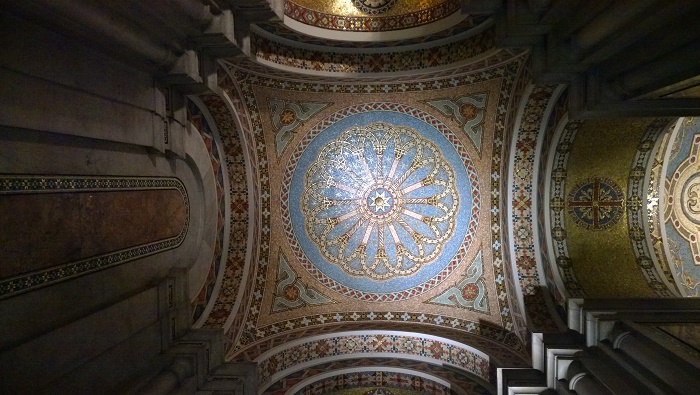 There are three domes in total, and the front features two spires with impressive finishing touches. The entire exterior is covered with gray granite, while the interior is quite impressive as it has very intricate mosaics, some of which are dedicated to the Holy Trinity, Ezekiel the Prophet receiving the word of God, the woman of the Apocalypse, and Elias taken up to heaven in the fiery chariot. 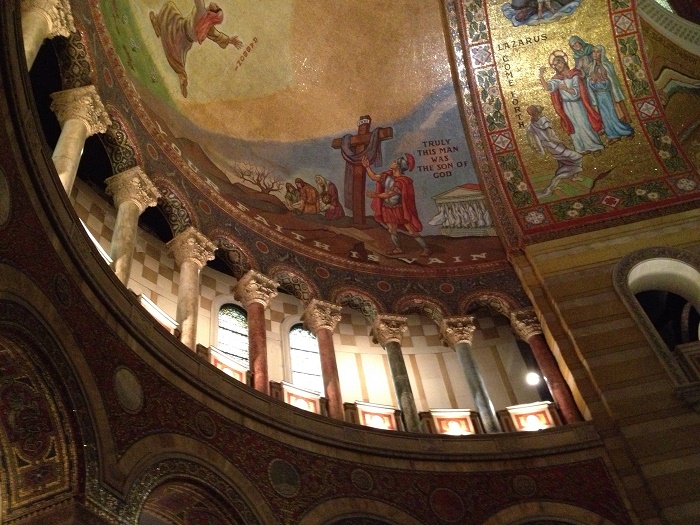 The installation of the mosaics was one of the longest processes for the cathedral, as they were completed in 1988, and nowadays it can be mentioned that they collectively contain 41.5 million glass tesserae pieces in more than 7,000 colors, making it one of the largest mosaic collections in the world. 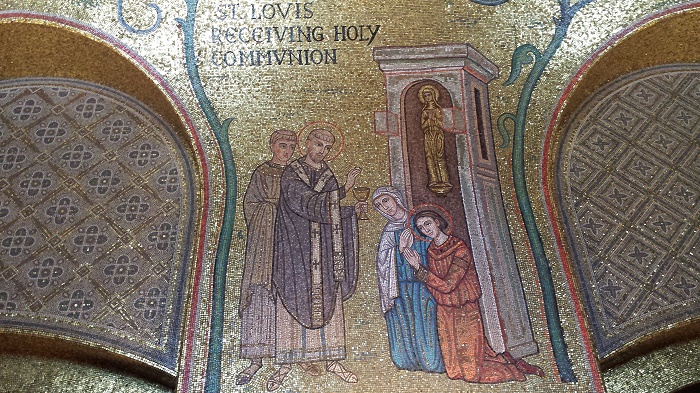 While the church is above ground, beneath it, there is a museum which was built around a crypt that contains the remains of St. Louis’s Cardinals and Archbishops. The museum exhibits historical objects and stories that are somehow connected to the cathedral and its construction. 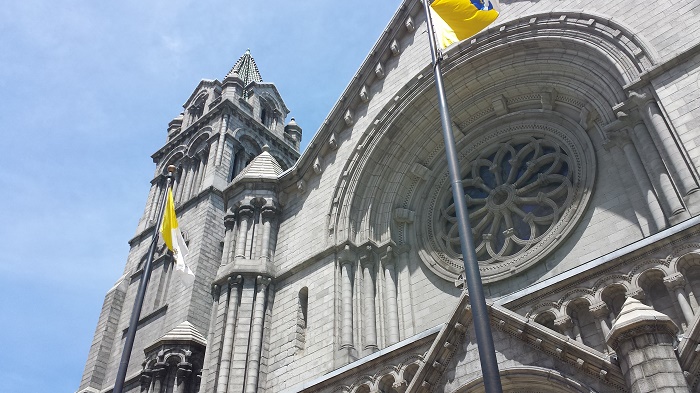 One of the more significant objects is the original 1915 Kilgen organ console, the throne that was used during Pope John Paul II’s 1999 visit to St. Louis, in addition to a historic collection of vestments and objects used in the many rites of the church. 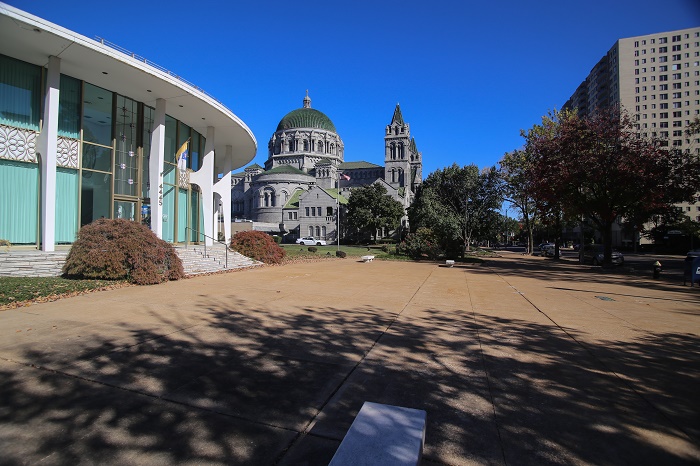 Ultimately being used as a beautiful and quite monumental landmark of the independent city in Missouri, the Cathedral Basilica of Saint Louis attracts not only worshipers who come here during mass times, but also visitors who would like to gaze upon the majestic interior which is somewhat considered to be a work of magicians. 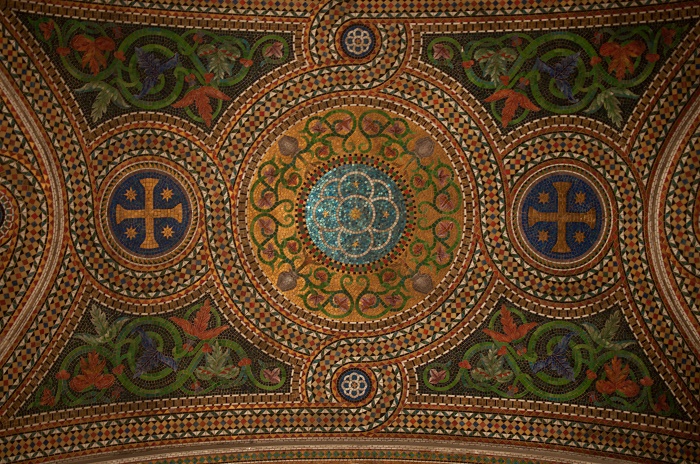 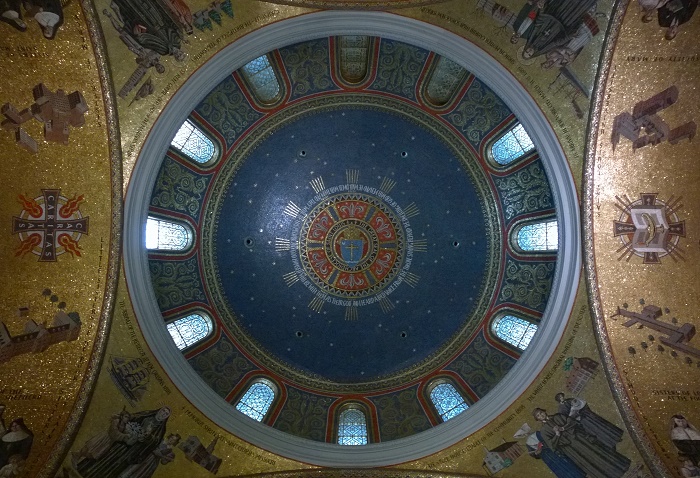 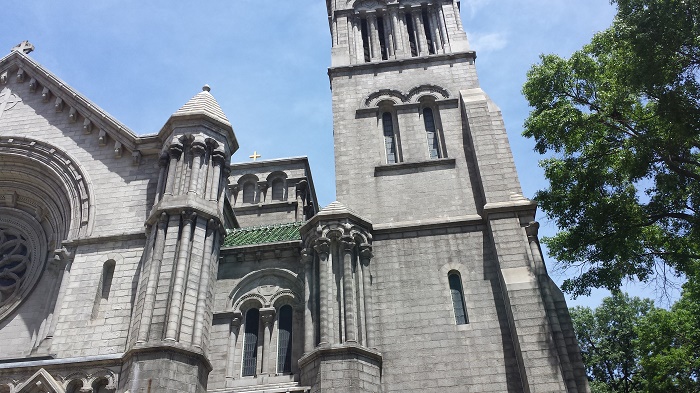 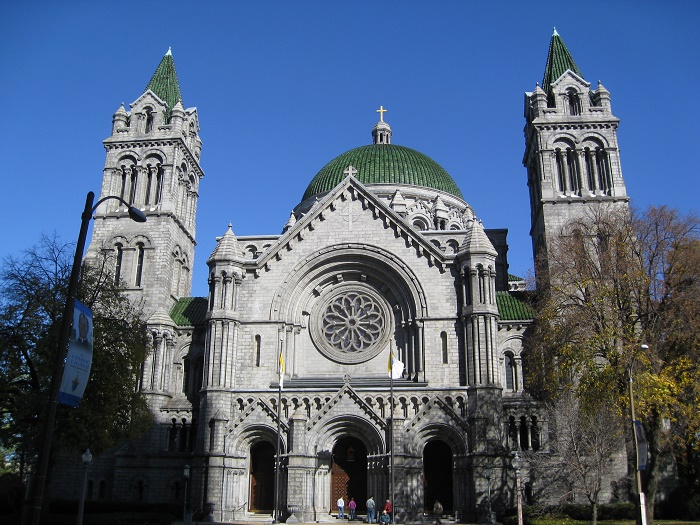