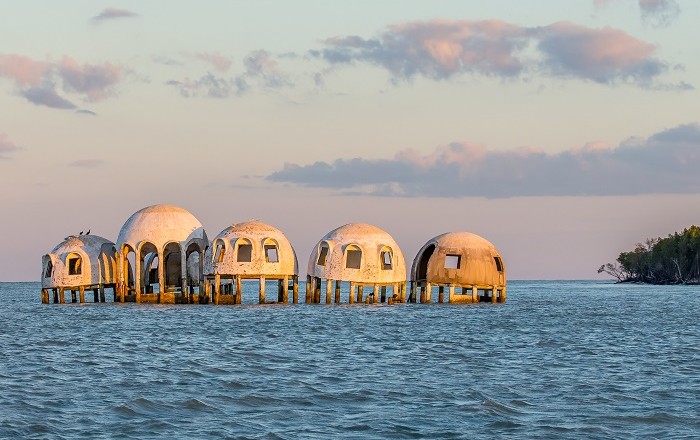 Cape Romano Dome House is a unique abandoned modern house, which at the moment slowly is being reclaimed by the sea, and it is located on Caxambas Island, south of Marco Island in Collier Country, Florida, USA. 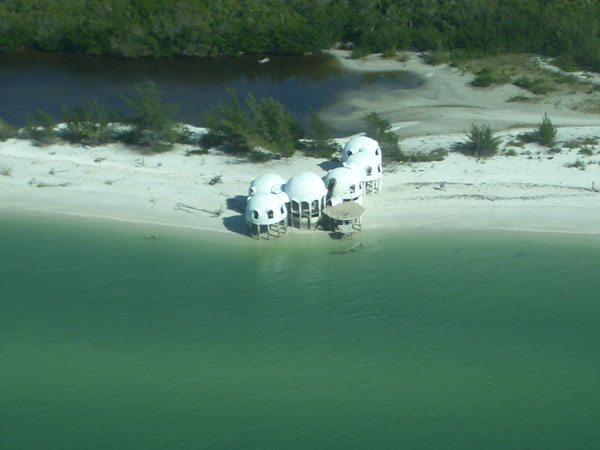 It was constructed in 1980 by the now-deceased oil producer Bob Lee, as an eco-friendly local landmark which was the dream vacation home for Bob Lee’s family. The house consists of six white painted concrete stouts that are interconnected, and included three bedrooms and three bathrooms inside. 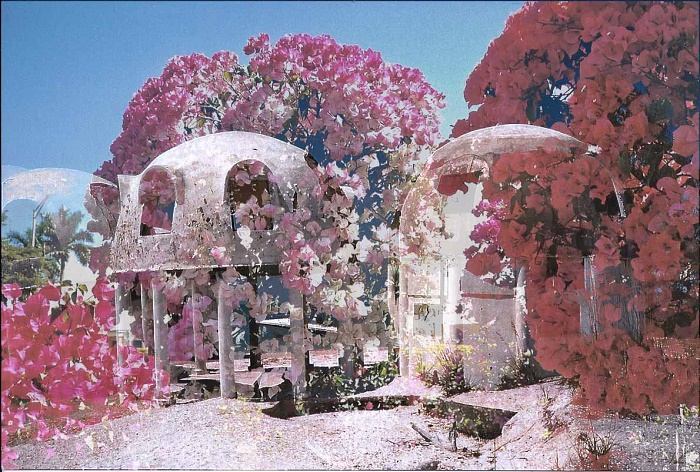 Before the construction even began in Florida, Bob Lee had made a scale model on his family’s land in Gatlinburg, Tennessee. Nevertheless, in 1984, two years after the completion of the vacation home, Bob Lee sold the property to another family who had it just for a couple of years due to their financial decline. 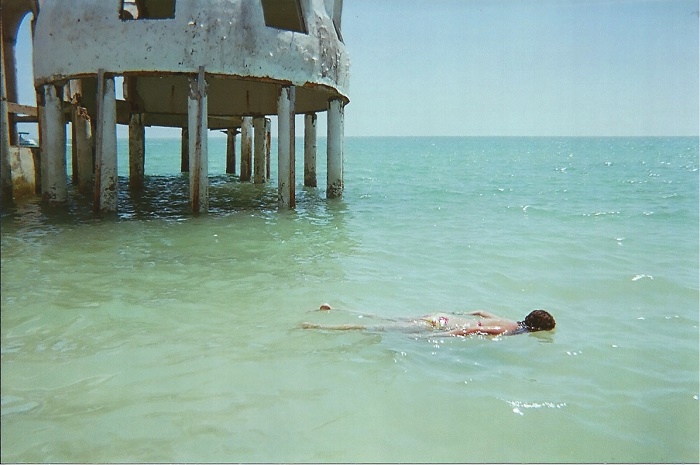 In 1987, Bob Lee repossessed the Cape Romano Dome House which then became their primary residence until the early 1992. Exactly then, Hurricane Andrew struck the oddly shaped home and utterly destroyed the interior which made it impossible for the Lee Family to continue to live in it. 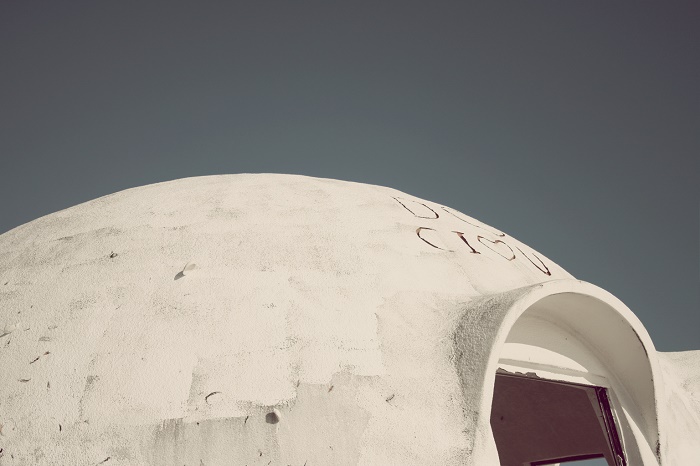 The exterior of the dome house, due to the unique shape where there are no sharp edges or flat surfaces for the wind to catch on, had no damage at all. Compared to the other nearby structures who did not survive Hurricane Andrew, the Dome House was in a far better condition. 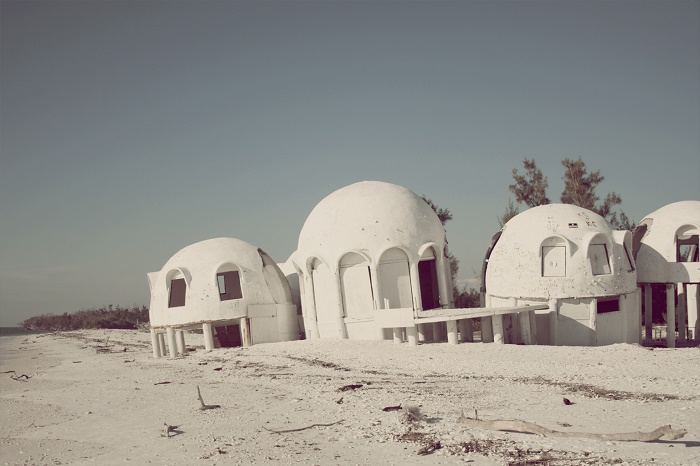 Yet, by 2004 the water slowly started catching the pillars which were holding the home, and in 2005 Bob Lee sold the property to a Naples resident, John Tosto. He had plans to preserve the home, however, Hurricane Wilma struck a few months later and made it impossible. 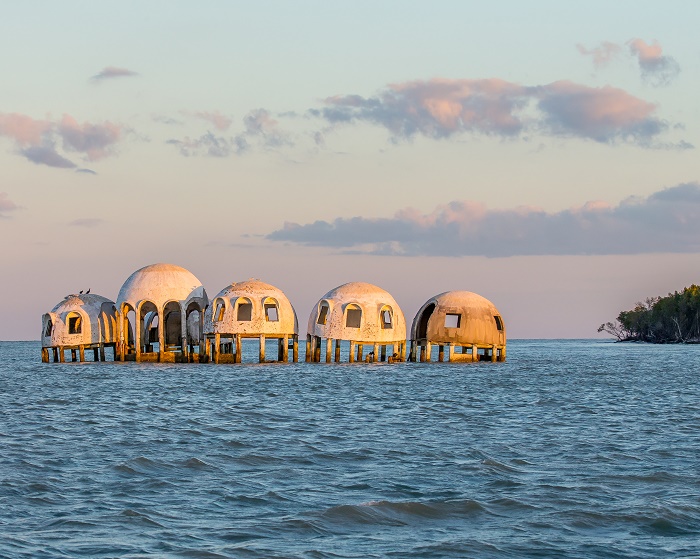 The Collier County Code Enforcement Board decided to demolish the structure, a demolition which has not occurred and at the moment the house is sitting in a 2 meters (6 feet) deep water which is making the sea life very happy because it is yet another reef for them to hide. 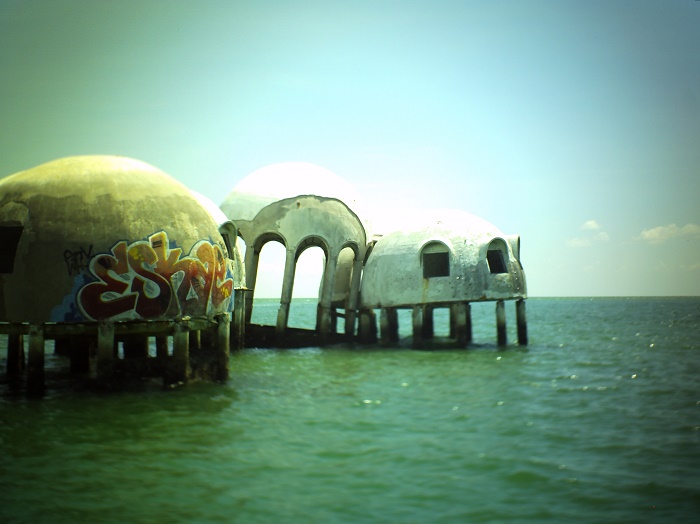 Whether something will be left standing in a decade or so, nobody is sure to say, but definitely people will be remembering Bob Lee’s dream house which has been seen by many not just locals, but also tourists who would like to get close to it and be inspired. 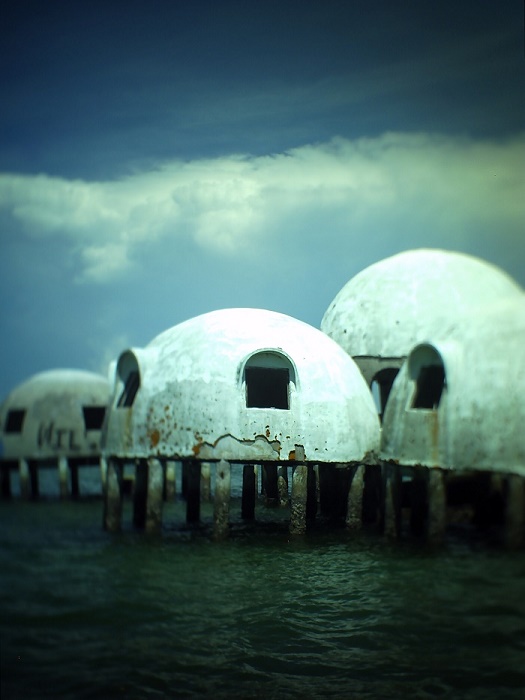