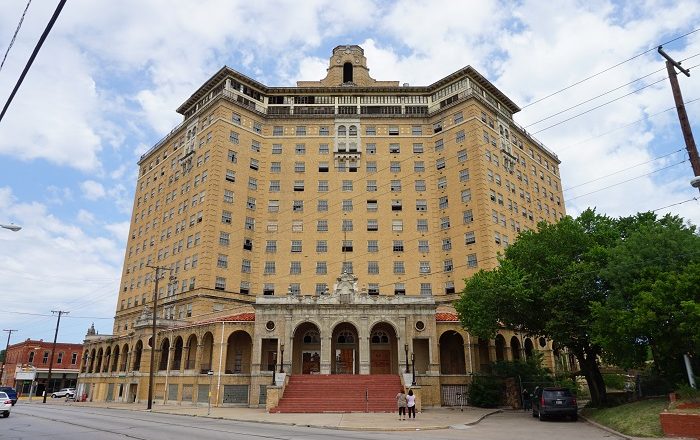 The Baker Hotel is a massive, nowadays abandoned hotel building that is located in the city of Mineral Wells, in the State of Texas, within the United States of America. As the area is known for the healing properties of the mineral water, the hotel was built in order for the local population to have monetary gain from the people who were interested in coming and enjoying the natural power of the water. 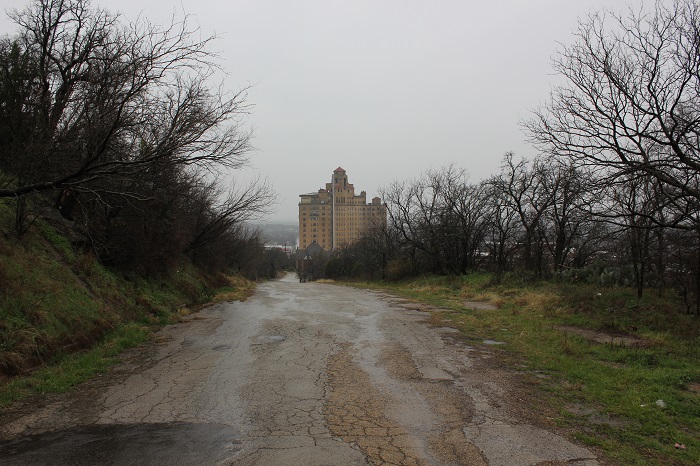 That is how in 1922 the local community successfully raised 150,000 dollars, and with the help of the prominent Texas hotel magnate Theodore Brasher Baker, the Baker Hotel came into its existence. The hotel was built in 1929 by Inge & Burger, Inc., according to the project of the main architect Wyatt C. Hendrick. 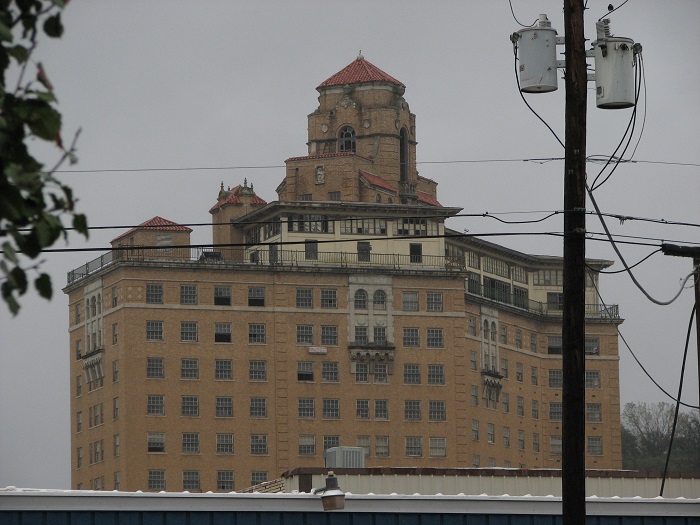 The building follows the mixed architectural style of Mission Revival and Spanish Revival architecture, and with its 14 floors it was the first skyscraper that was built outside of a major metropolitan area. During the construction, it was not planned for the hotel to has a swimming pool within the premises, however, after a trip to California, Theodore B. Baker decided that the new hotel must have a pool. 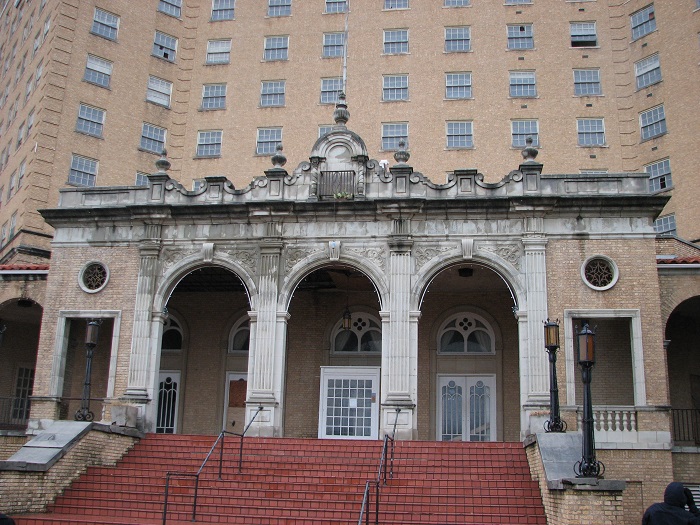 Even though the building has already began with construction, this new Olympic sized swimming pool was added on top of an already-completed basement, which was used as a work area for the hotel and a changing area for guests. With the 450 guest rooms, within there were also two ballrooms, an in-house beauty shop, and other novelties at that time, such as a bowling alley, a gymnasium, and an outdoor swimming pool. 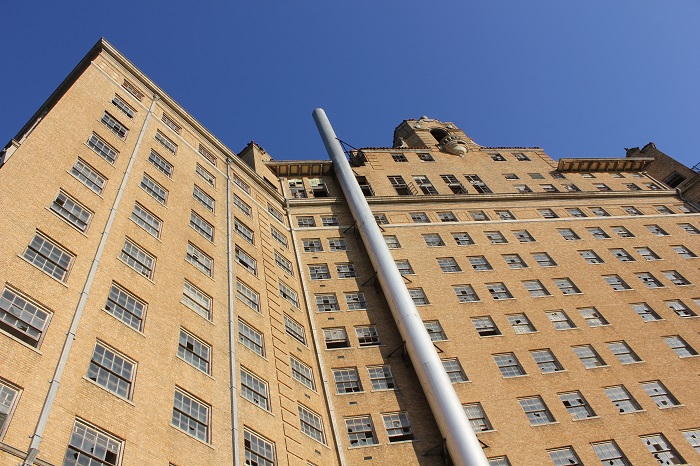 When the Baker Hotel opened its doors to the general public on 9 November 1929, it was a big hit in the area, but also it was popular for the celebrity music performers who enjoyed in the healing waters, not just in the indoor, but also in the outdoor pool. Throughout its history, the hotel owner has suffered some financial difficulties, as it was the case in the early 1930s, but with the opening of the Fort Wolters military base in the vicinity, the hotel’s business was booming once again. Still, the situation like this was up until the end of the Second World War, when the base was closed and the business suffered greatly. 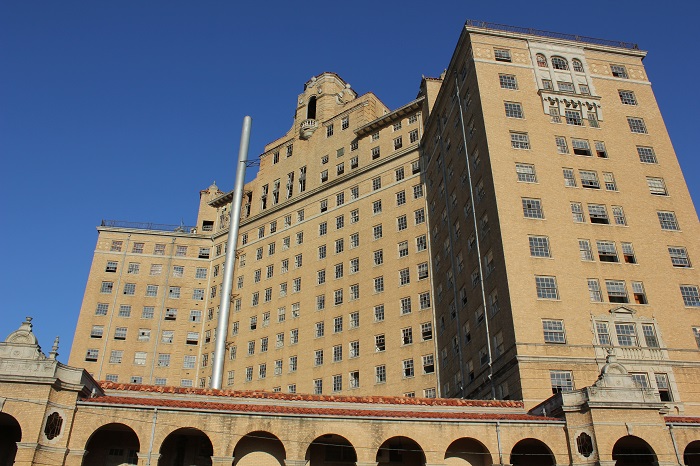 The period between 1950s and 1970s was the time when the decline was greater and the abandonment was simply inevitable. Baker Hotel officially closed its doors in 1972, and since then it has been on a constant threat from vandals, and as the building sits vacant, it is slowly deteriorating every day. 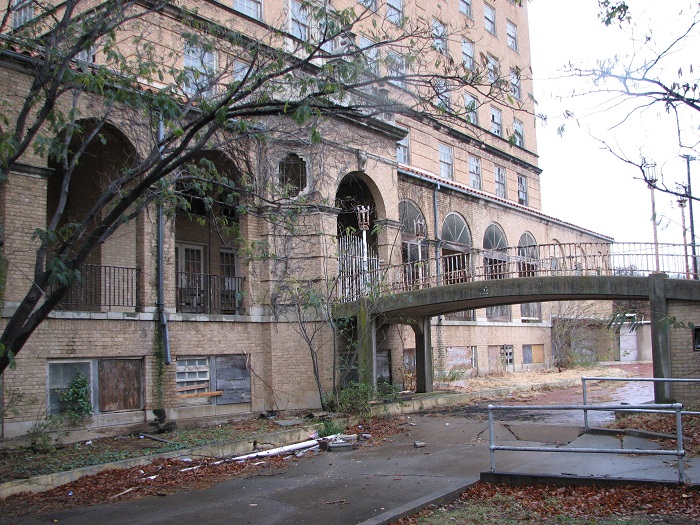 There were some groups who wanted to rehabilitate the entire structure, however, so far the restoration is a pending project that needs financing and the Hunter Chase Private Equity which purchased the building, is planing on remodeling the rooms, bringing them down to 155, with hope that the once esteemed hotel will have its glory once again when it will be reopened. 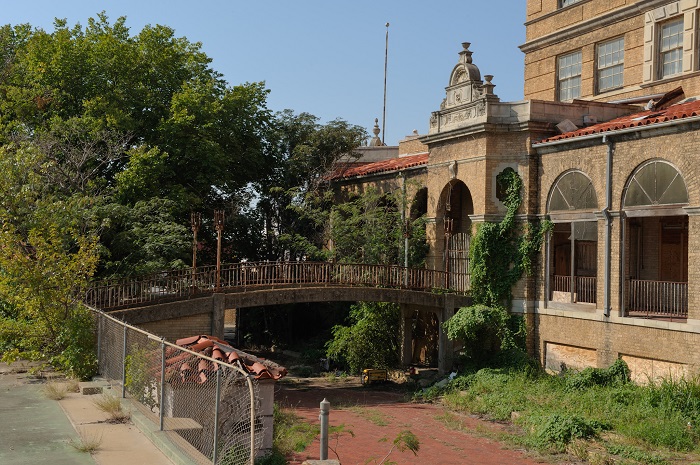 Until then, the abandoned structure will allure people to come and visit it with hope that they would be witnesses of the ghosts which are thought to haunt the place for decades already. 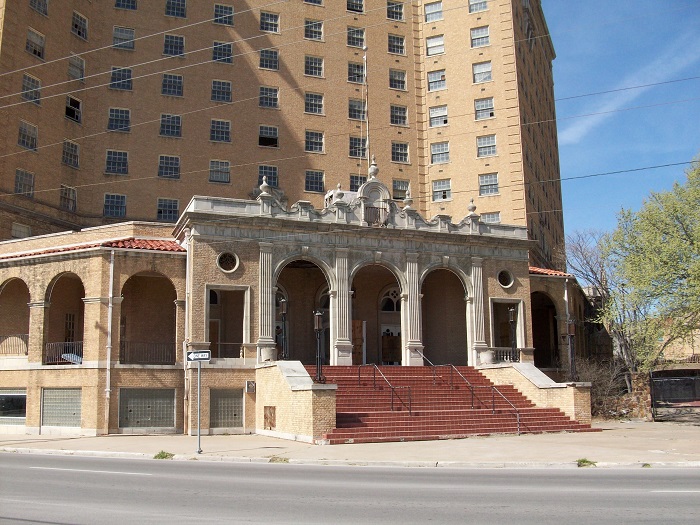 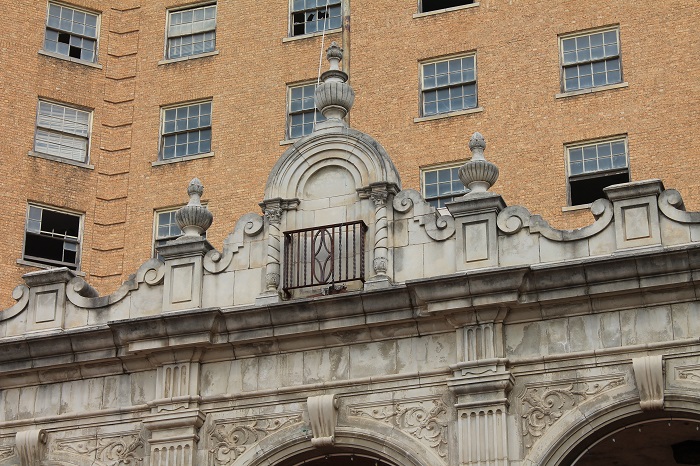 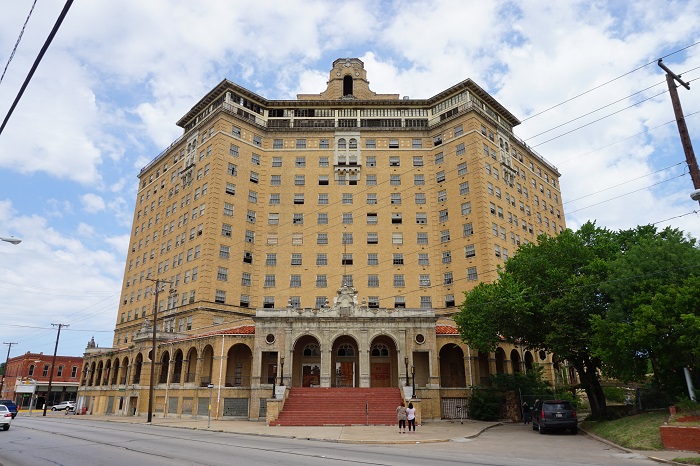