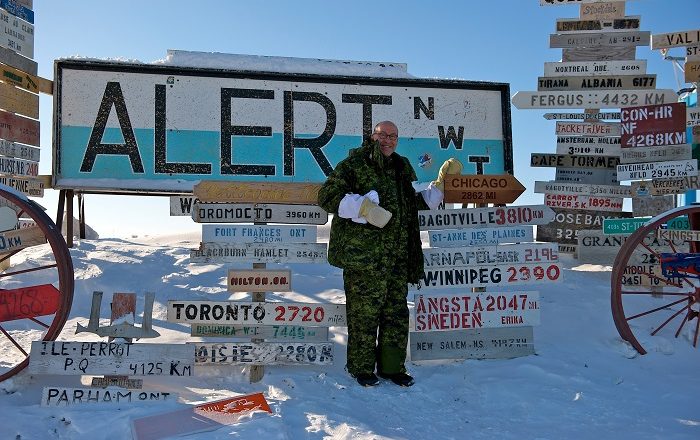 Alert is considered to be the northernmost permanently inhabited place in the world, and it is located in the vast Qikiqtaaluk Region which is part of the newest, largest, and northernmost territory of Canada, Nunavut. 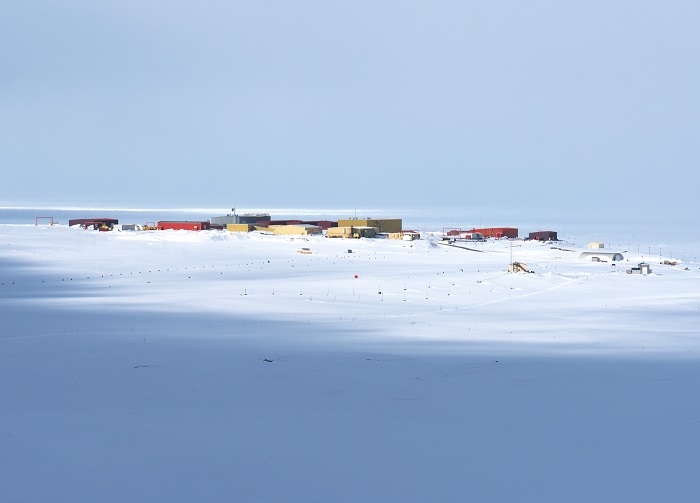 Located more precisely on the northern tip of Ellesmere Island, the settlement was named in 1875 after the first ship to reach the north end of the island, the British HMS Alert, although some would also say that people should always be “alerted” when coming this close to the North Pole. 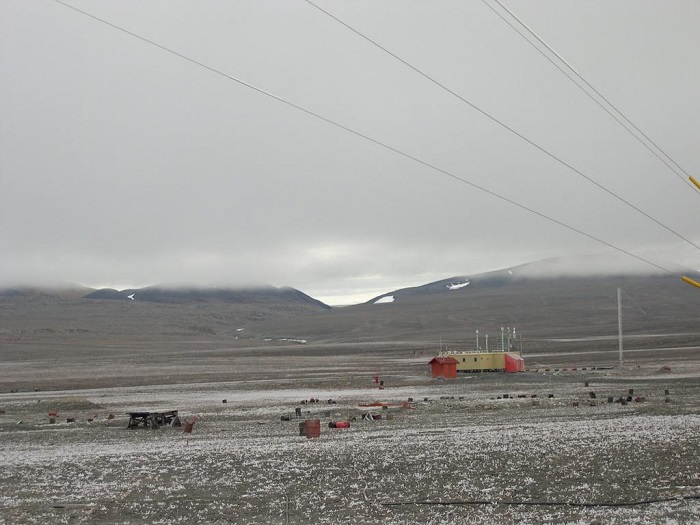 Since there are some inhabitants, five of them are considered to be a permanent ones while the rest are temporary where their numbers always vary more or less than 60 locals, in addition to the employees of the military signals intelligence radio receiving facility, the weather station, the Global Atmosphere Watch laboratory, and the airport. 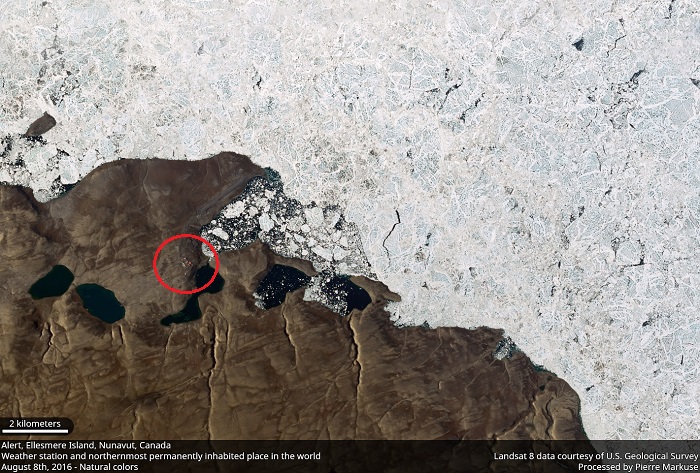 Throughout the year, Alert is five months under constant darkness, while other five under constant sun. The time in between these months is filled with sun bobs above and below the horizon, giving the illusion of normal days, even though the length of daylight and darkness varies. 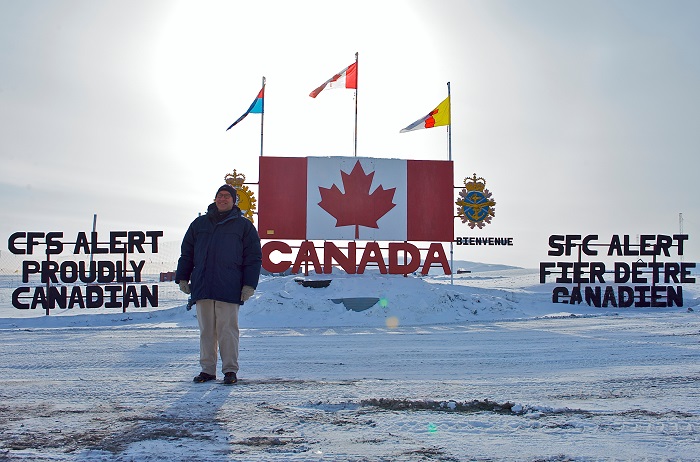 Still, as it appears that nothing would survive in these freezing horrific conditions, impressively there is a fauna which thrives in the entire area and it includes muskoxen, arctic hares, foxes, caribou, birds, and wolves. 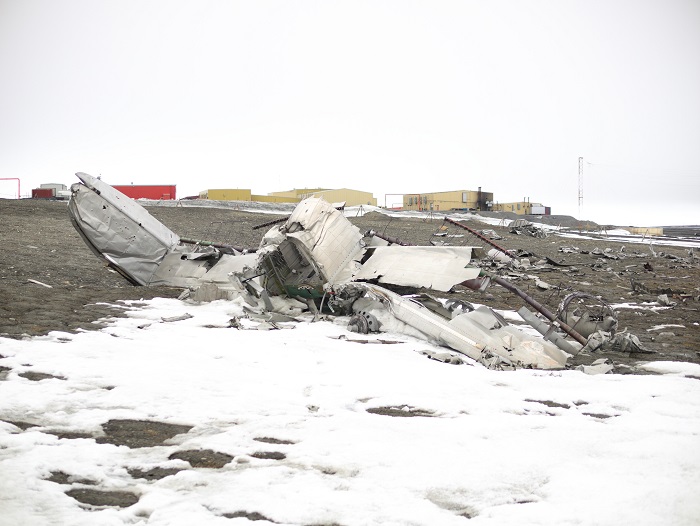 On another hand, the flora is simply limited to simple plants that are only flourishing during the months of July and August, as at this time the temperatures are at their highest,, and then the plants are able to survive over the winter period. 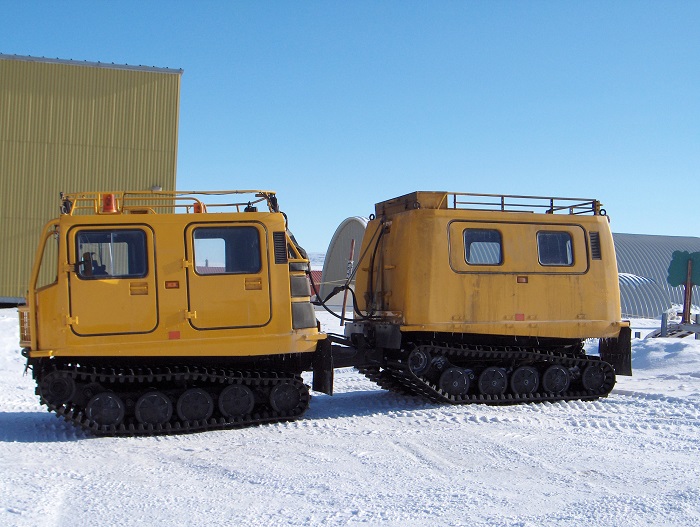 Nowadays, the settlement of Alert does not have some significant importance as it had during the Cold War, at which time it was considered to be strategically located as it is closer to Moscow than Canada’s capital, and as it was thought that the former Soviet Union could “invade” and claim the northern part of the country, the existence of the settlement was just. 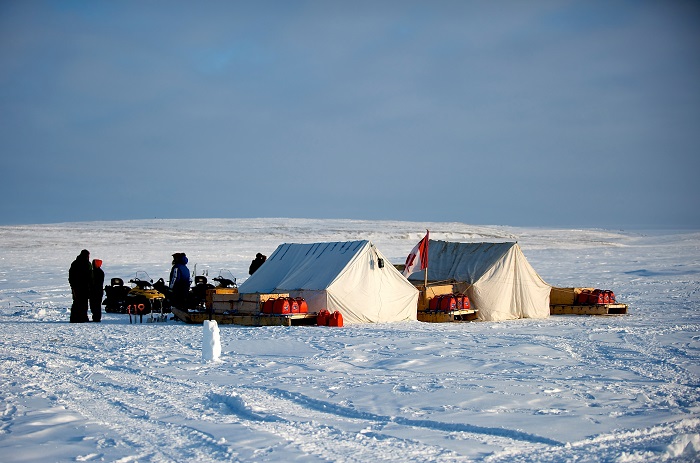 With the budget cuts and the end of the Cold War, today Alert enjoys a smaller spectrum of attention, even though there are some visitors who are coming to claim that they have visited the planet’s northernmost and one of the most isolated places where they have been. A true cold gem, tucked away in the white wonderland of Nunavut, Canada. 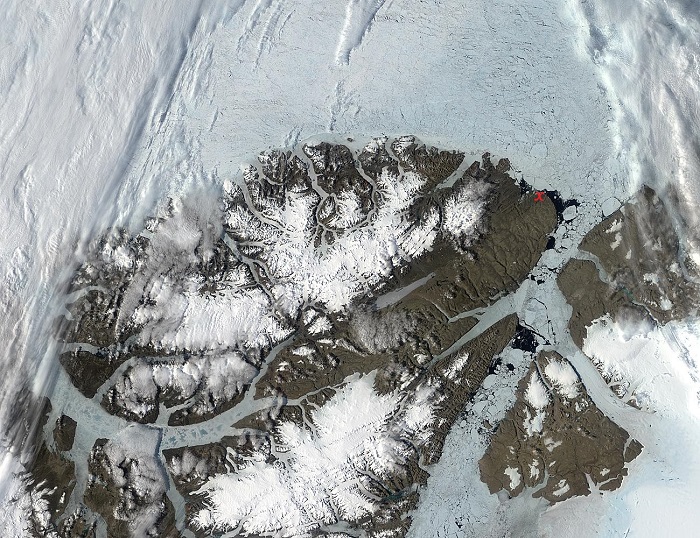 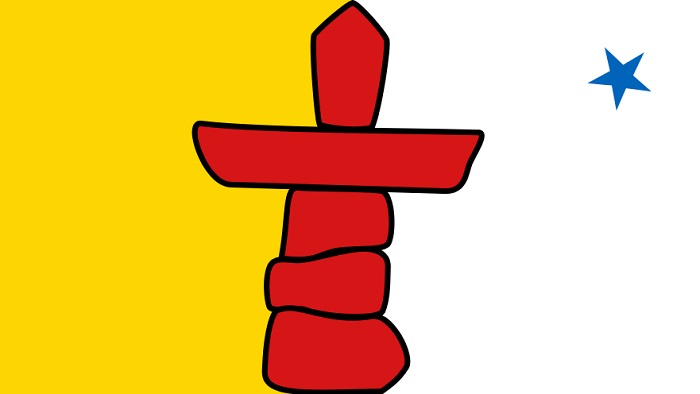 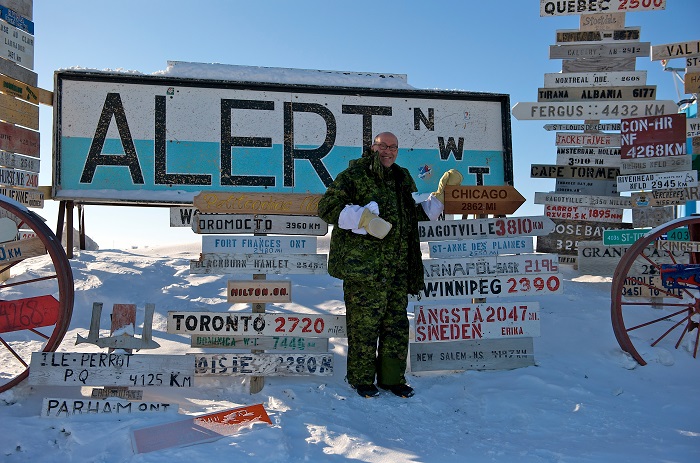