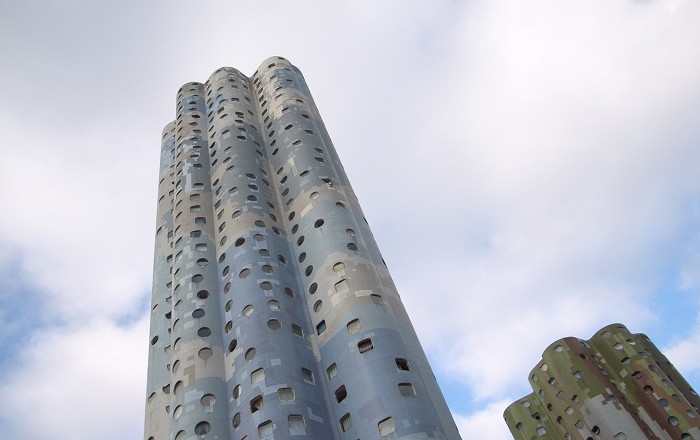 Tours Aillaud, which is also known as Tours Nuages, is a group of residential buildings which are located in the suburb of Paris, France called Nanterre. As the shortage of the post-war housing was great, these modernist buildings were the response of France, a country which was erecting public housing in the suburbs between 1954 and 1973. 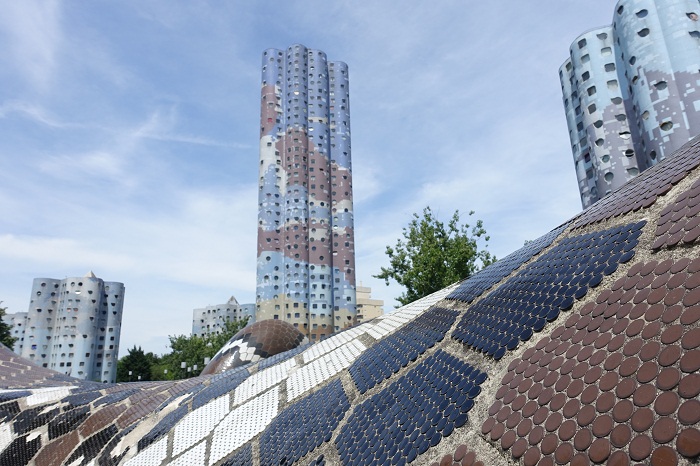 Some of the buildings were built in 1977 at the outskirts of La Défense, which is a major business district of the Paris Metropolitan Area and of the Île-de-France region, they were the creation of Emile Aillaud from whom they got their name too. 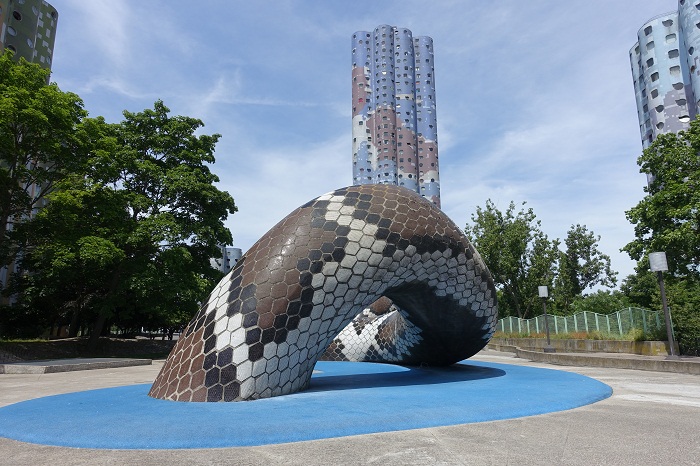 There are 18 different towers which include 1,607 apartments all together. The tallest being Tours 1 and 2 with 39 floors, stand at 105 meters (344 feet). The Tours 3 to 10 have 20 floors and the Tours 11 to 18 have 13 floors. Having the idea of bringing modern utopia for the people who would be living in them, it somehow did nor succeed in bringing this utopian life to the people, but instead crime and poverty began to plague the buildings. 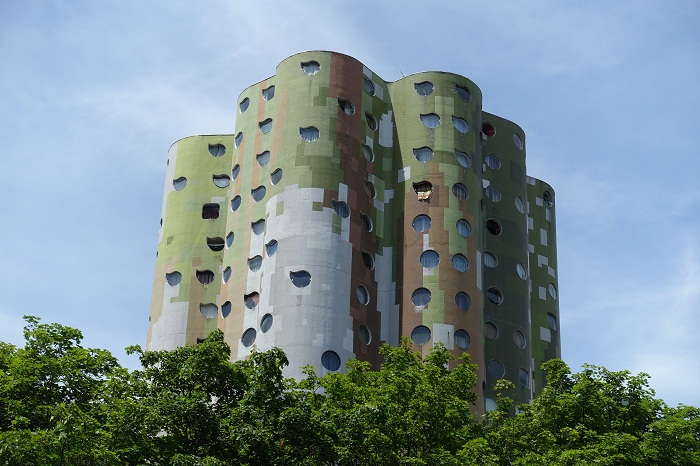 That was the reason for France to stop commissioning them in 1973, even though some of the buildings were finished in the 1980s. Even though the towers are different in height, they resemble the same shape, consisting of the superposition of several cylinders. 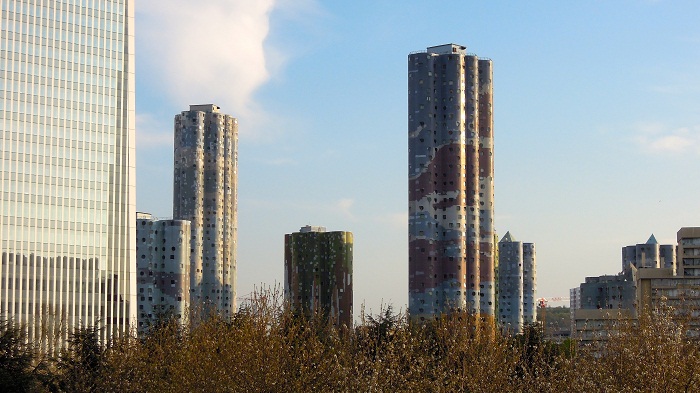 Their cladding is made of frescos representing clouds in the sky, which is the origin for their name (French for clouds = nuages). As they are slowly deteriorating, there are some reports that the buildings will be destroyed, even though some people still find some inspiration in them, with hope that the utopia which was planned to come with their construction will soon come. 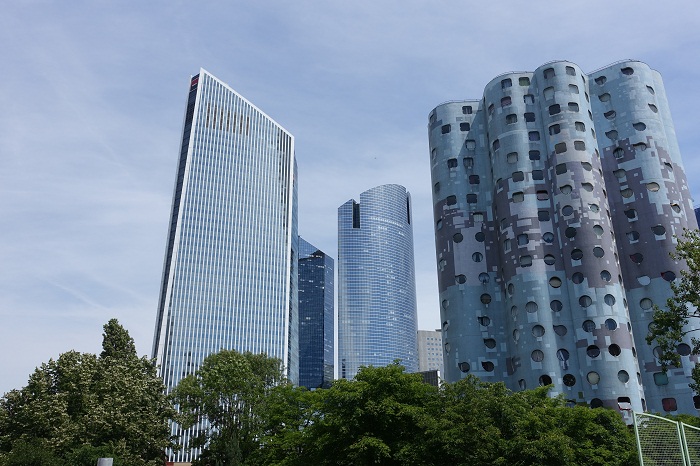 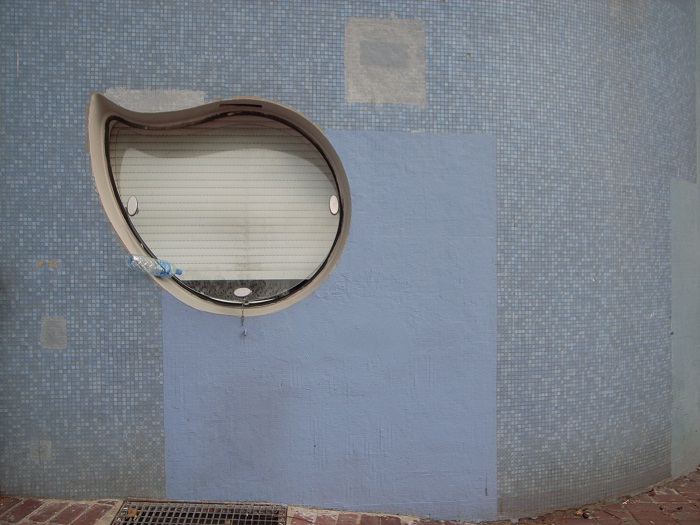 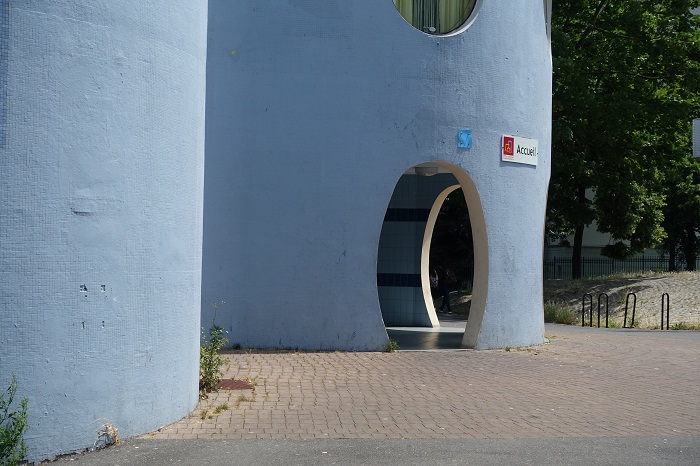 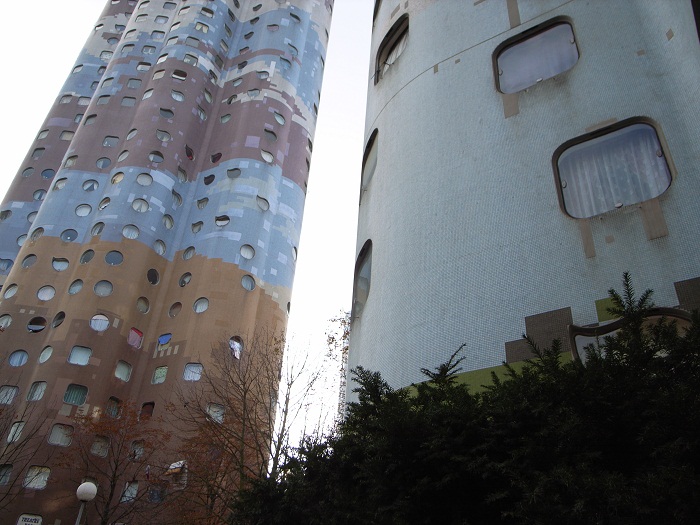 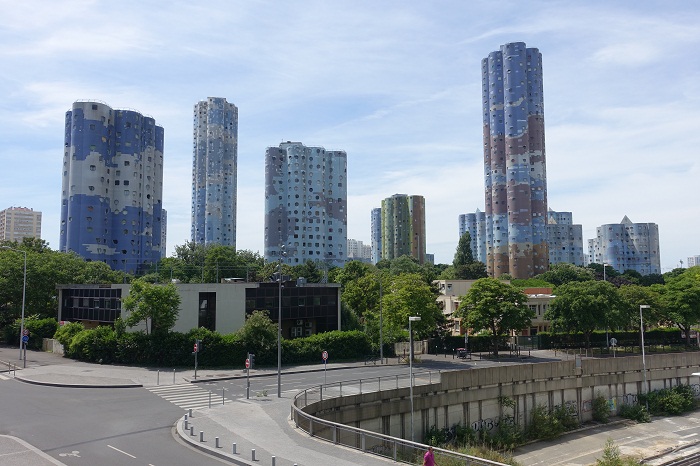 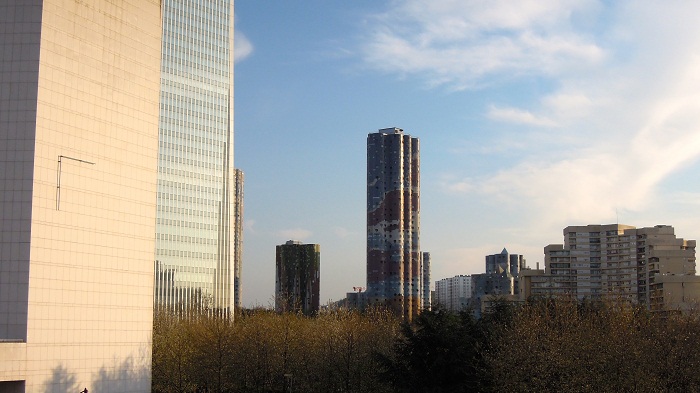 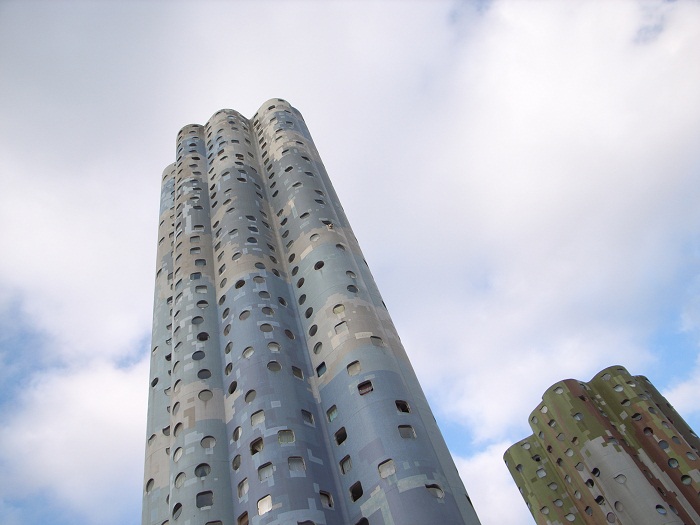 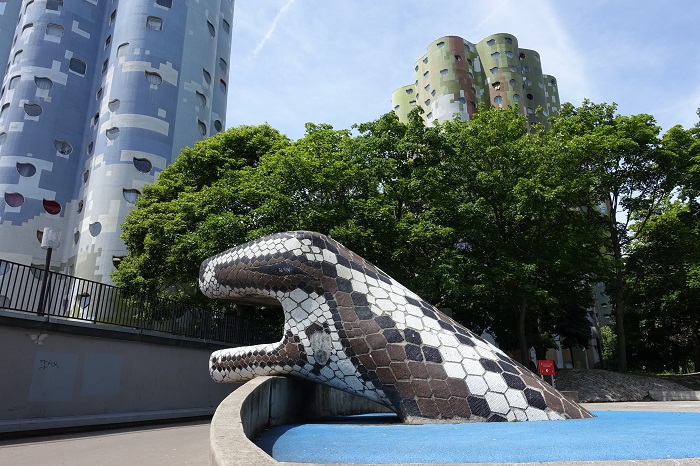