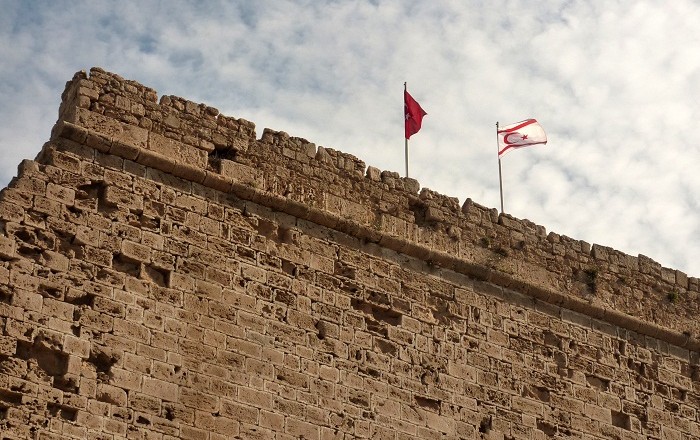 Kyrenia Castle is one of the oldest castles on the island of Cyprus, rebuilt by the Venetians over a previous Crusader fortification, and it is located on the Turkish side of the island of Cyprus. The Castle dominates the old harbour, and it is the most complete castle on the island. In Byzantine time, around 7th century, it was mentioned that the castle has been built, so that the town would be protected from Arab raids. 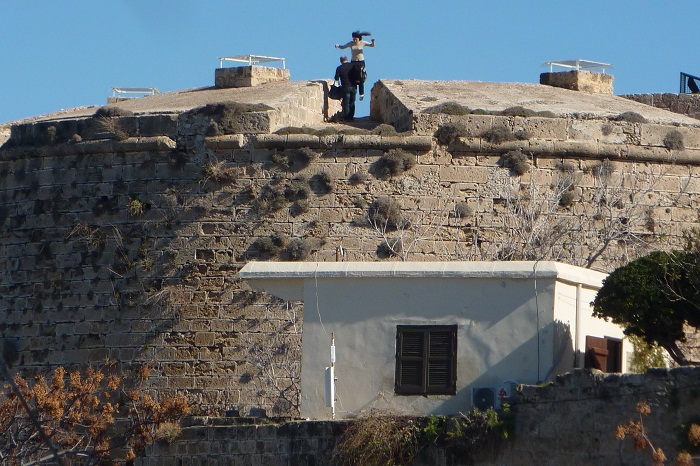 First mentioning of the castle occurs around 1191, when King Richard the Lionheart of England captured it on his way to the Third Crusade. He did so by defeating Isaac Comnenus, an upstart local governor who had proclaimed himself emperor. 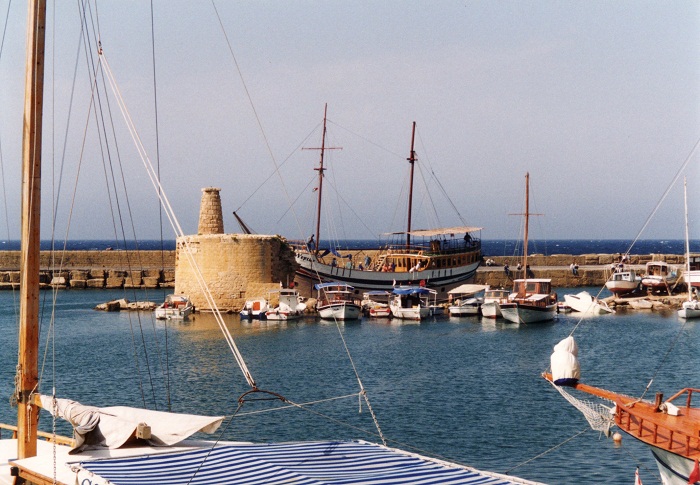 After a short period, Richard sold the island to the Knights Templar, and then to his cousin Guy de Lusignan, the former king of Jerusalem. During this time, the castle played an important role and underwent a lot of changes due to restoration work. Today what can be seen from the castle is actually the bulk of the rebuilt structure from the Venetians. The main features of the exterior are the round towers built by the Venetians.

As soon as they took over Cyprus, the Venetians feared that the Ottomans, who were on the mainland just a few miles away and rapidly gaining strength, presented a potential challenge to their ownership of the island. This was a time when warfare was moving away from knights and archers, and gunpowder, cannon and the use of artillery was being developed. 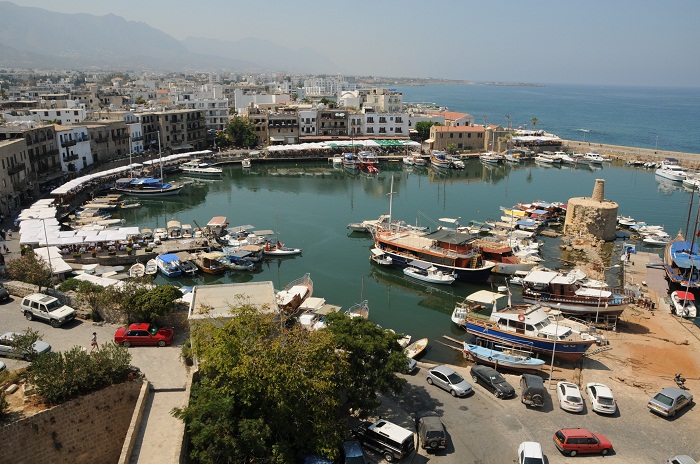 However, in 1570, Kyrenia surrendered to the Ottomans, and they too made changes to the castle, but the British removed these during their occupation. The castle contains the tomb of the Ottoman Admiral Sadik Pasha. Today you enter the castle via a bridge over a road which was originally part of a moat  and used as an inner port till around 1400. 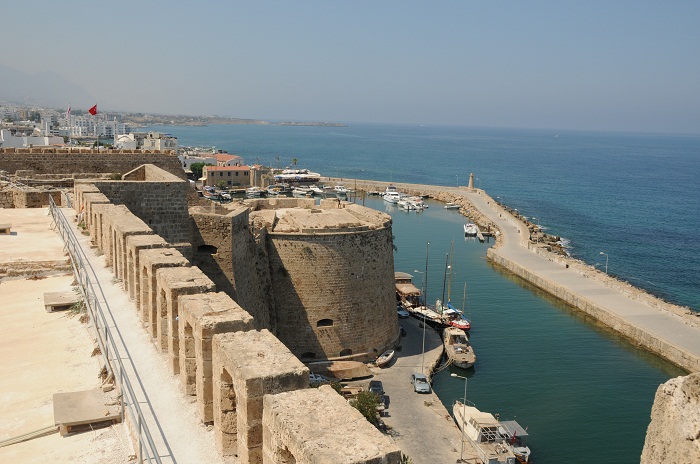 On the left as you enter, you will see a passage leading to the Templar church of St George which has recently been restored. As you continue up the slope to the parade ground, you will pass the tomb of the Ottoman Admiral, Sadik Pasha, and the parade ground is lined with guard rooms, stables and living quarters. Ramps lead to the upper sections of the walls, and the views from the top make the climb worthwhile. 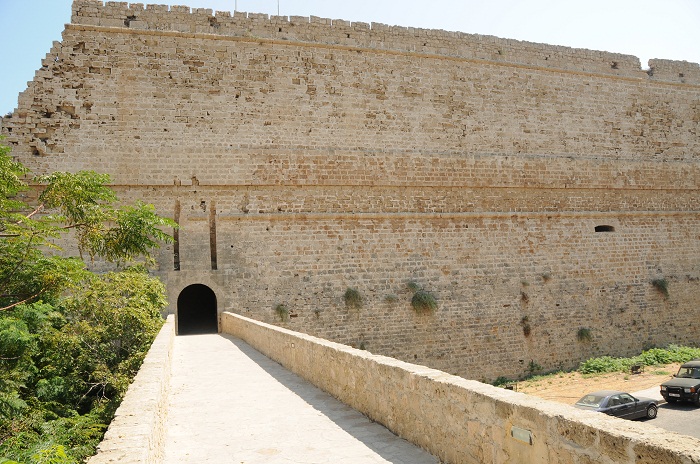 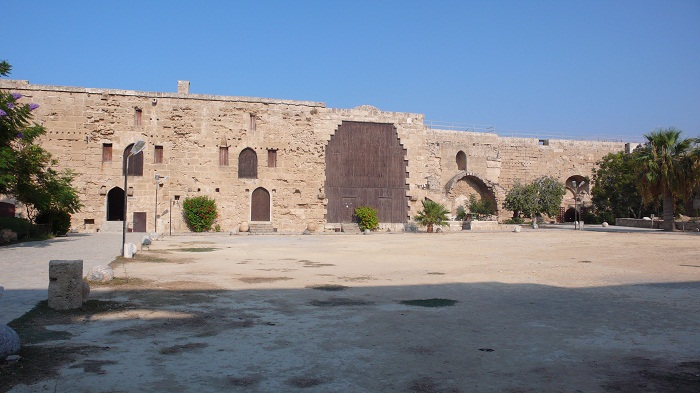 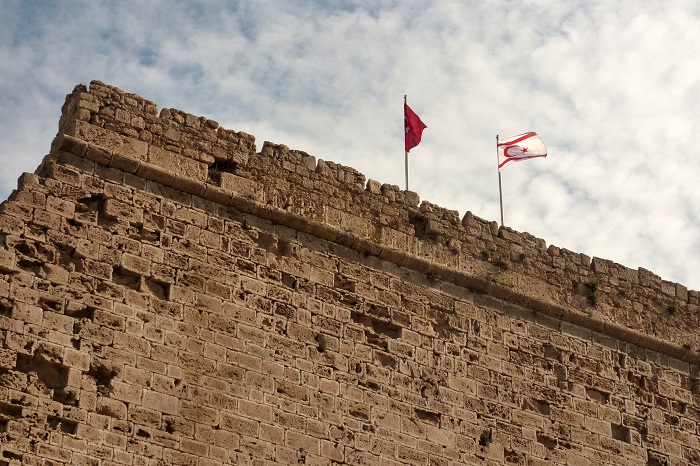 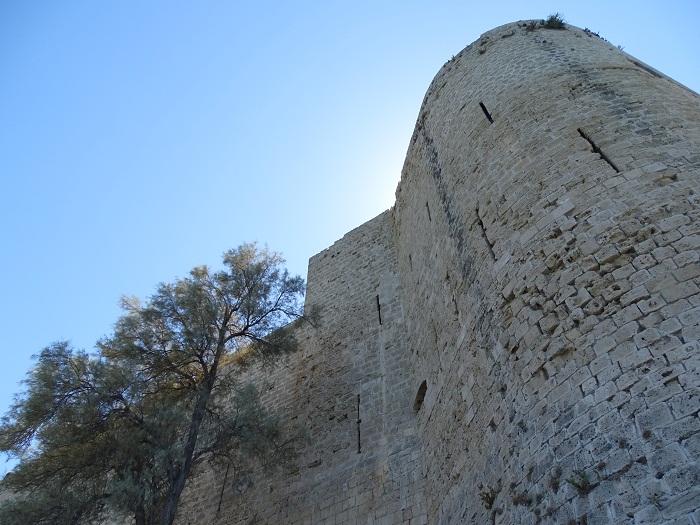 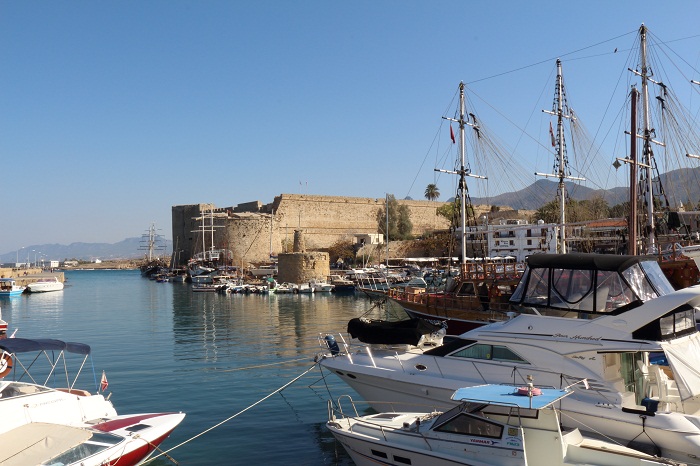 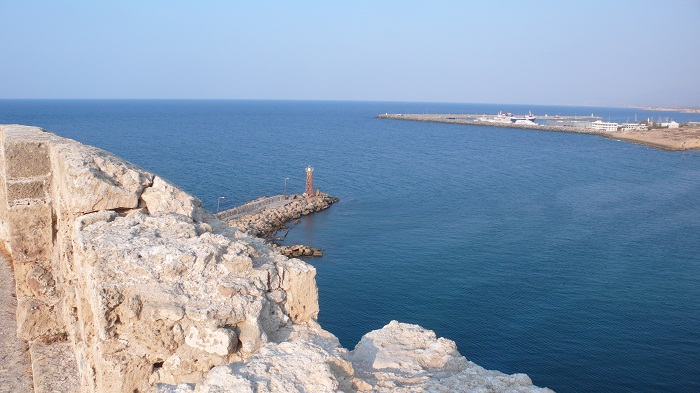