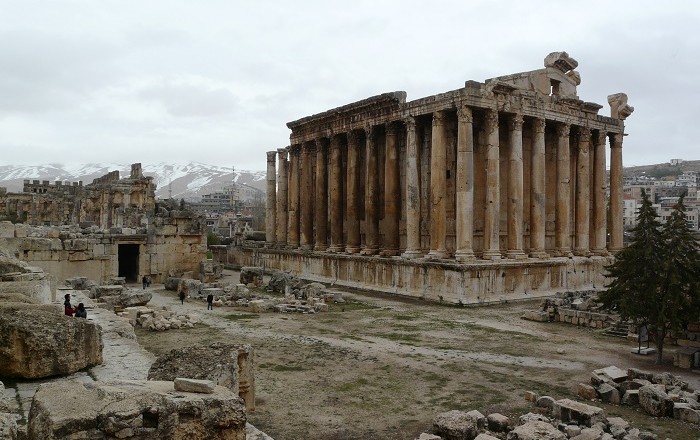 The Temple of Bacchus located in Baabek, Lebanon, is one of the best preserved and grandest Roman temple ruins in the world, a temple most probably dedicated to the Roman Wine God Bacchus. 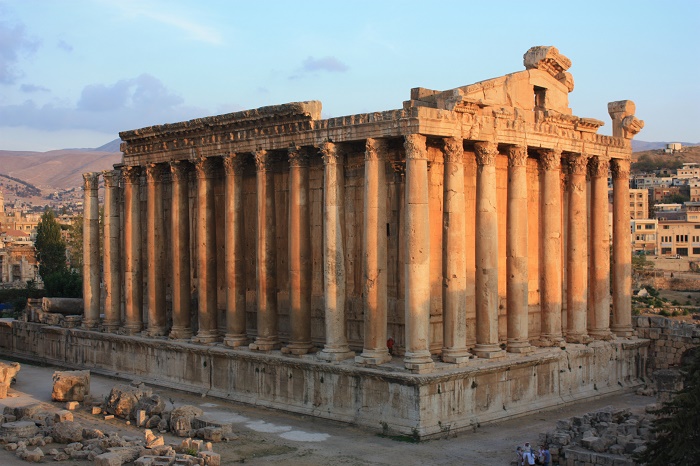 Although it is sometimes called “the small temple”, it is larger (and better preserved) than the Parthenon in Athens. Being eight columns wide and fifteen columns deep, the Lebanese temple is one of the largest of Antiquity, but still, it is dwarfed by the Temple of Jupiter next to it. 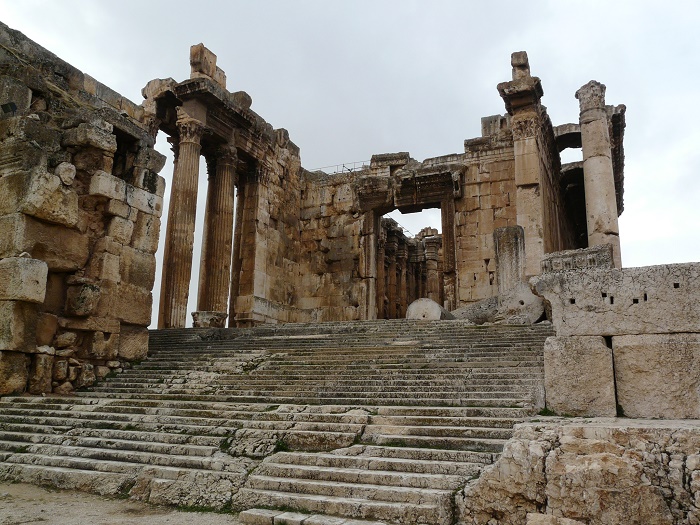 The temple was commissioned by Roman Emperor Antoninus Pius and designed by an unknown architect in the late 2nd or 3rd century. The period of construction is generally considered between 150 AD to 250 AD. The reason why it is so well preserved is because it is part of the Baalbek’s Medieval Fortifications. The main entrance is decorated with grapes and vines and is an impressive 11 meters (36 feet) high. 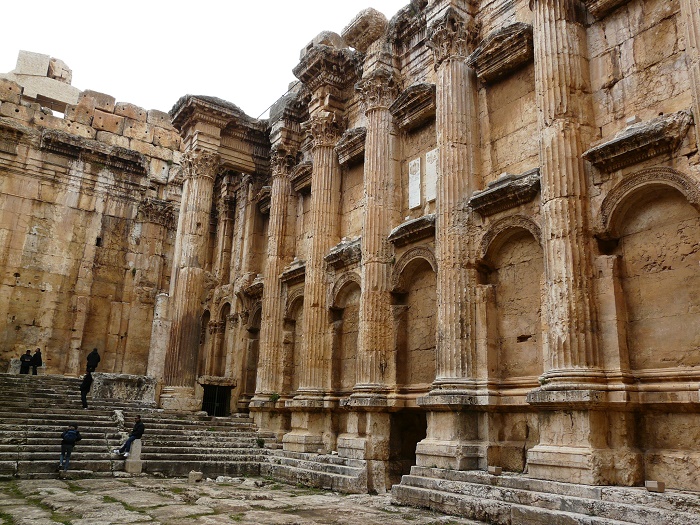 It is flanked by two smaller gates leading to rooms on a second floor. Its walls are adorned by forty-two unfluted Corinthian columns, nineteen of which remain upright in position standing 19 m high. The columns support a richly carved entablature. The inner shrine of the temple, stands above a flight of steps.An interesting detail from a more recent past. 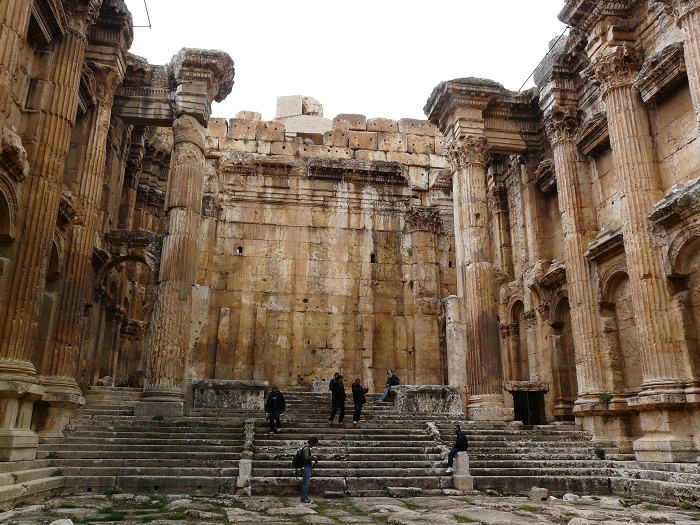 On one of the walls, you can easily recognize the double inscriptions of the German emperor Wilhelm II, who had visited the sanctuary in 1898, and his Turkish colleague, sultan Abdulhamid II. Proclaimed as a World Heritage Site by UNESCO in 1984, the temple allures people with its impressive dimensions, richly decorated stone work and monumental gate with Baccic figures. 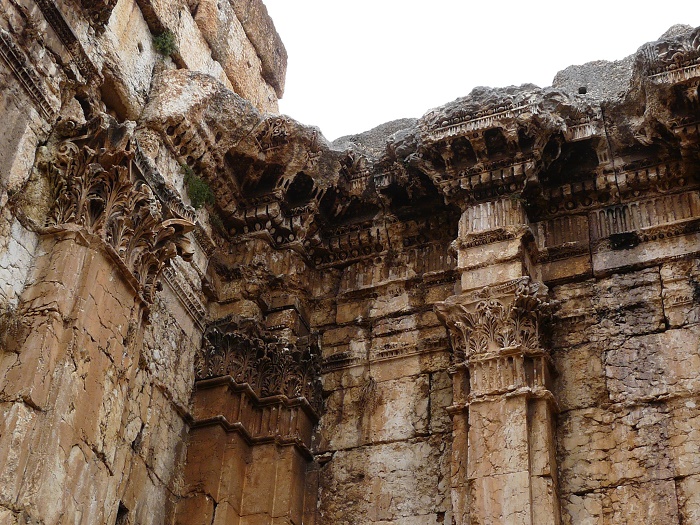 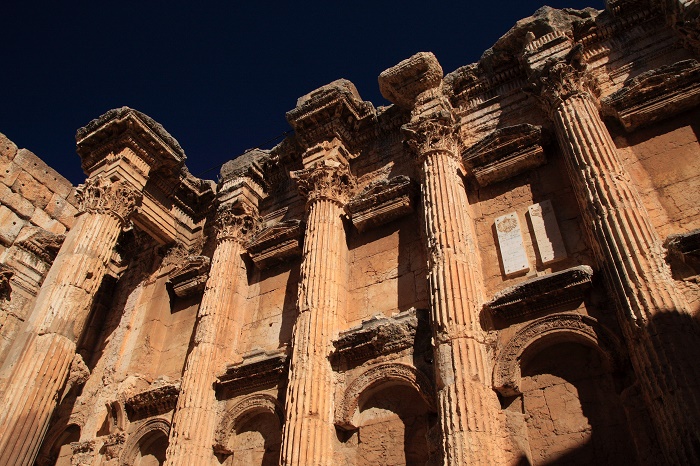 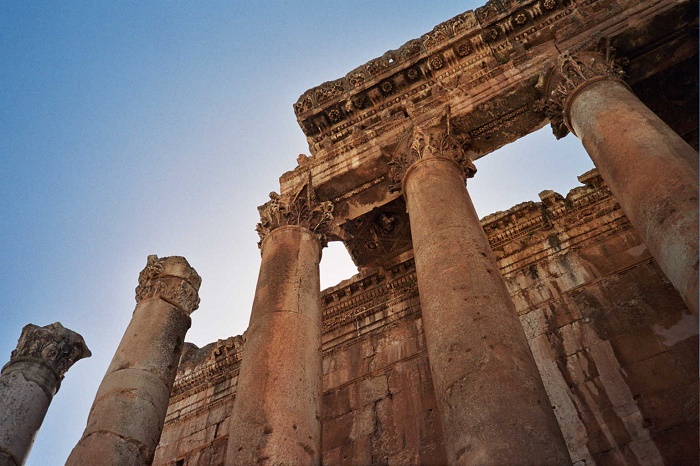 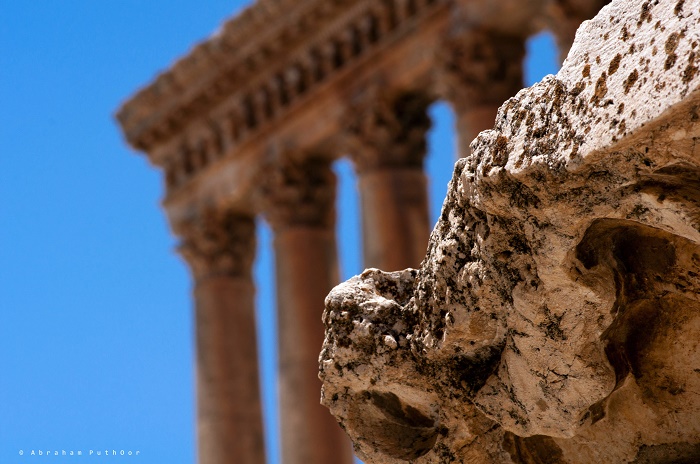 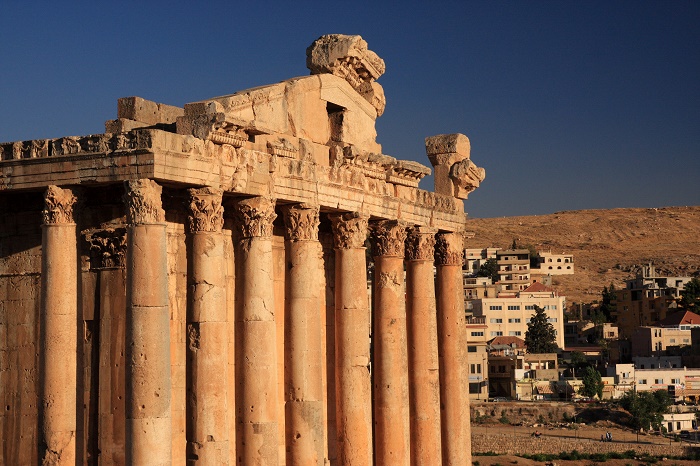 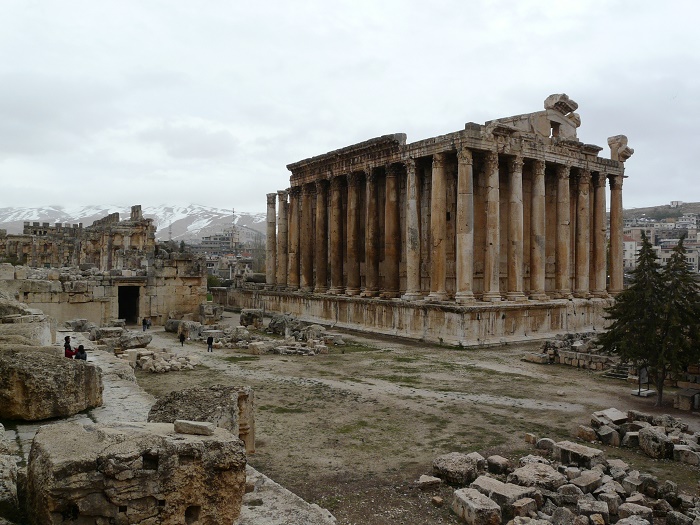