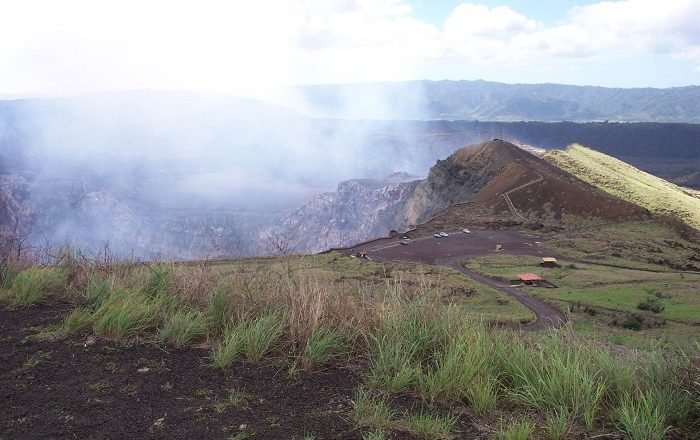 Masaya Volcano is a large caldera that forms the first and also the largest national park that has the same name, Masaya Volcano National Park, which is located in the Masaya Department, within the western part of the Republic of Nicaragua. 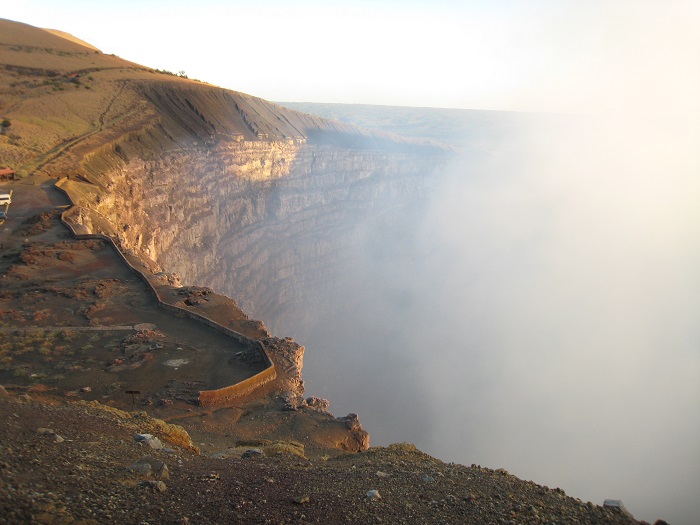 As it is located in the vicinity of Nicaragua’s capital, Managua, this quite complex volcano is composed of a nested set of calderas and craters that makes it very important and popular for scientists and tourists as well. The entire area consists of two volcanoes and five craters, its tallest crater called Santiago stands at an elevation of some 635 meters (2,083 feet) above the sea and continuously emitting large amounts of sulfur dioxide. 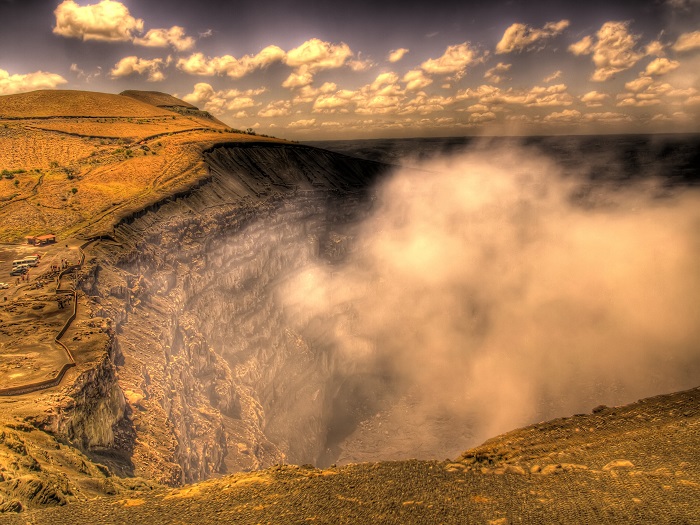 In addition, Masaya is also part of the Central American Volcanic Belt, and according to some geologists, it is considered to be around 9,000 years old. Even during the time of the Spanish Conquistadores, Masaya was an intriguing part of Nicaragua’s attractiveness, where even today it allures plenty of people with its intermittent lava lake. 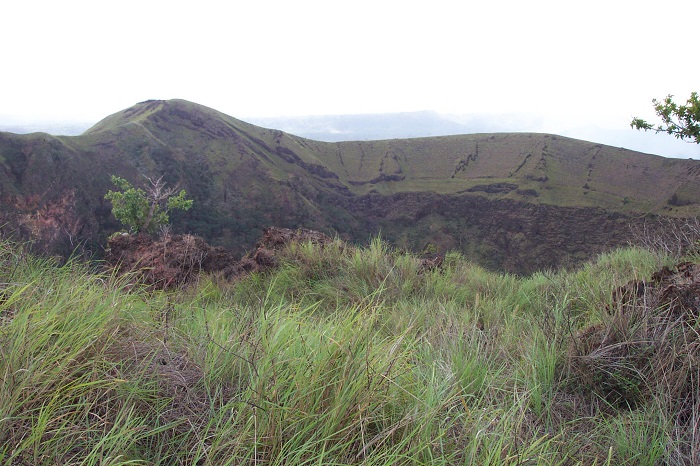 There have been plenty of historical explosive eruptions in addition to lava flows and an actively circulating lava lake, and with these eruptions there have always been ash and “bombs” that fell around the crater and the national park. Nevertheless, the most significant moment for the volcano came in 1979 when the area was declared a national park, and with its 54 square km (21 square mi) there are plenty of places that deserve to be seen in person. 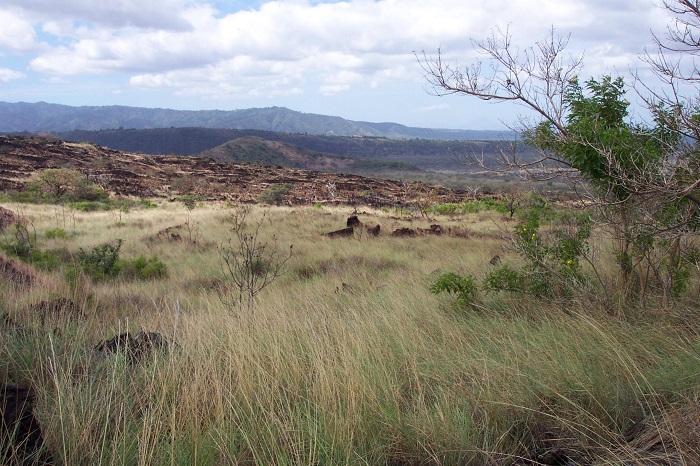 The special flora here differs from dry forest flora to shrubs that can be found in the upper part of the park where the activity is higher, nonetheless, the eruptions had made a dramatic impact on the surroundings. There are still rocks and volcanic ashes which cover the area, making the entire place rough, but quite peaceful. 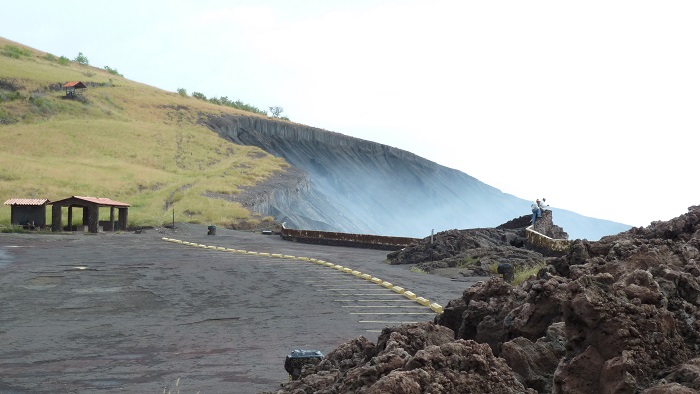 The fauna on the other hand, had to adapt to the harsh volcanic environment, and visitors are always able to see coyotes, skunks, raccoons, opossums, deer, iguanas, and monkeys. 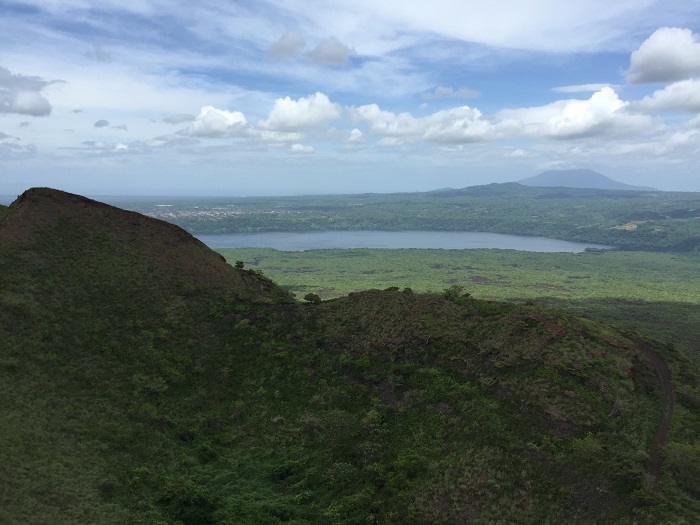 With the possibility of daily and night time tours, there are several trails that lead to the craters giving the opportunity to every person to get to know Masaya much better, although in recent years, due to the intensified volcano activity, some of them have been closed for the general public. 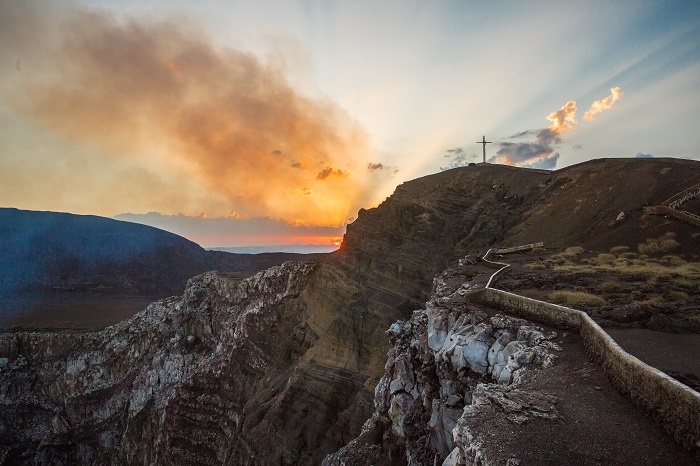 All in all, being one of the greatest natural landmarks of Nicaragua, Masaya Volcano National Park continues to be one of the scariest places in the country that attracts more people with its never ending volcanic activity. 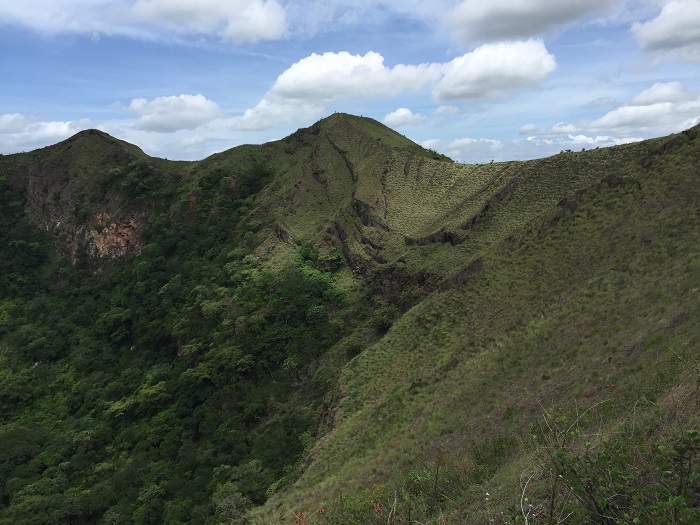 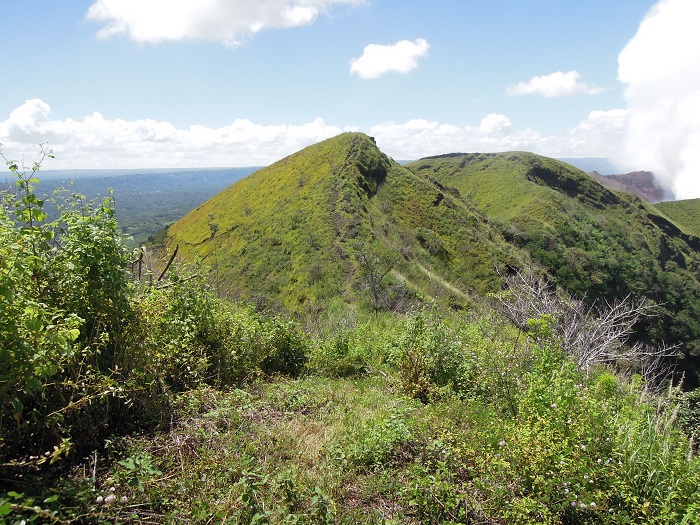 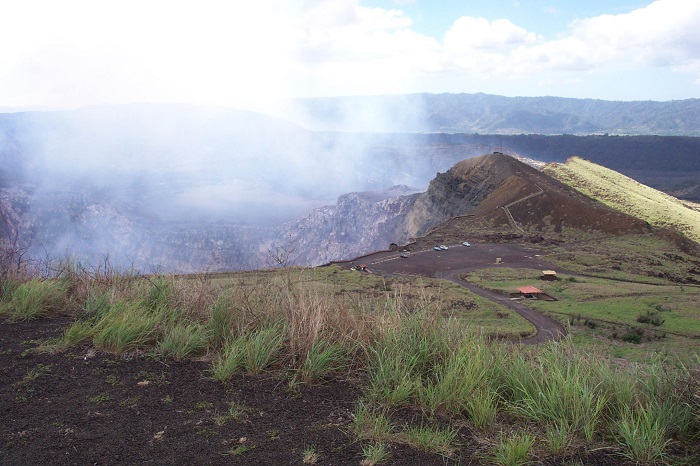