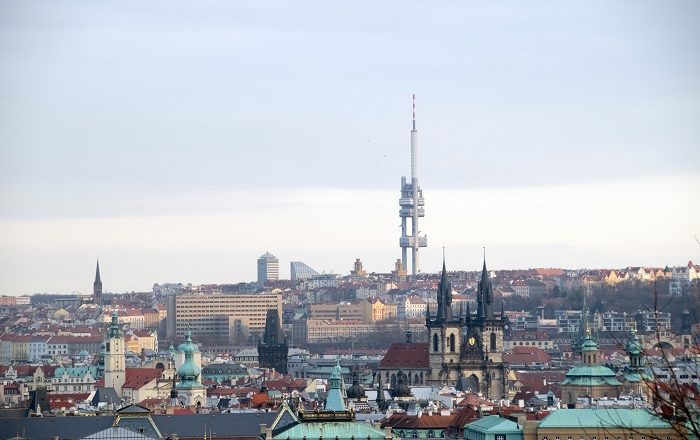 The Žižkov Television Tower is an interesting and unique transmitter tower which serves as a good example of high-tech architecture, and it is located in the district of Žižkov in the city of Prague, the capital of the Czech Republic. Certainly one of the biggest landmarks of the city with a height of 216 meters (709 feet), it was designed by the architect Václav Aulický and the structural engineer Jiří Kozák. 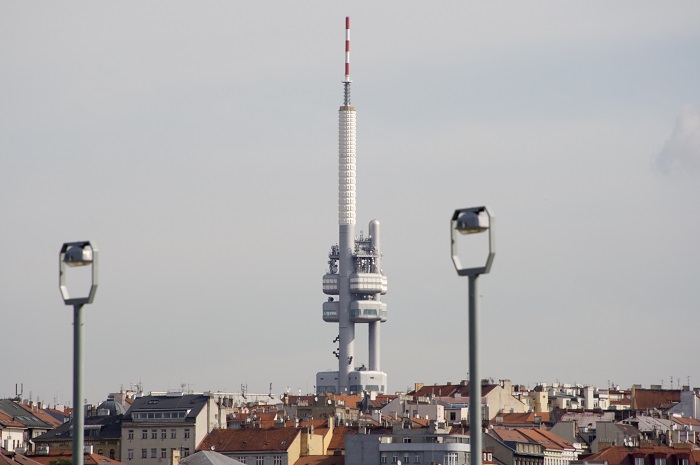 Constructed between 1985 and 1992, nowadays, the Žižkov TV Tower is a the most usual sight in the city’s traditional skyline which can be seen from almost every point in the capital city. The unconventional structure has a triangle whose corners are rising steel columns that are actually consisting of three tubes with a double steel wall that is filled with concrete. 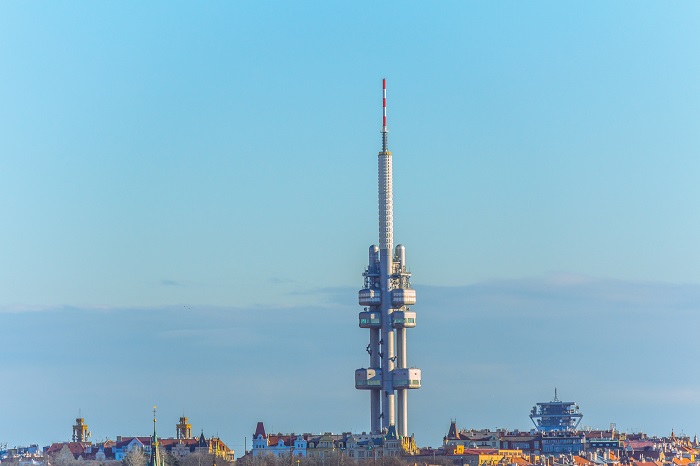 As going higher, there are nine decks that are known better as pods, and three decks that serve as a place where the transmitting equipment is stored. The highest point is actually one of the pillars that extends much higher compared to the other two, providing the necessary height for some antennas, along with the structure’s rocket and gantry appearance. 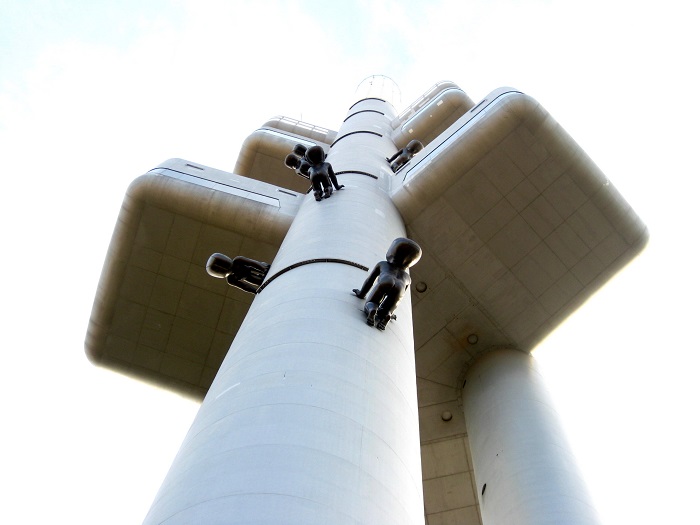 With the two super fast elevators in the structure, visitors can visit only six of the pods which provide an astonishing panoramic view of the entire city of Prague. In addition, there is also a refurbished restaurant and a café bar which are open for the visitors to enjoy even better in the Czech uniqueness. Even though it is resented by part of the local population, lately people are used to the tower, as it attracts plenty of visitors. 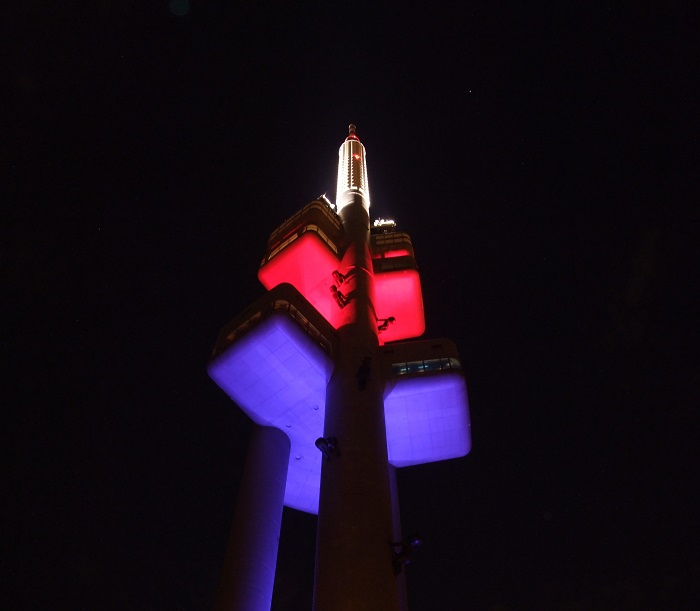 Even in 2000, the Czech artist David Černý installed 10 fiberglass sculptures that are crawling up and down the tower’s pillars, which one year later were removed and put as a permanent installation in another place. 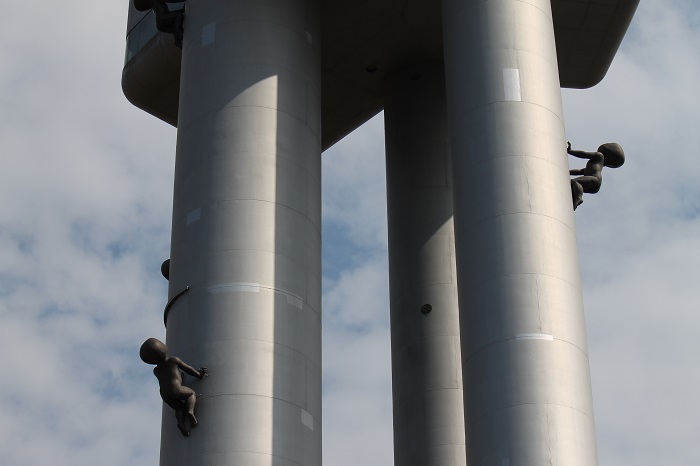 Like it or not, the Žižkov Television Tower is something what everyone will have in their photos when visiting this popular destination, and with the unique architecture, it shall continue to inspire architects to go above and beyond in their designs. 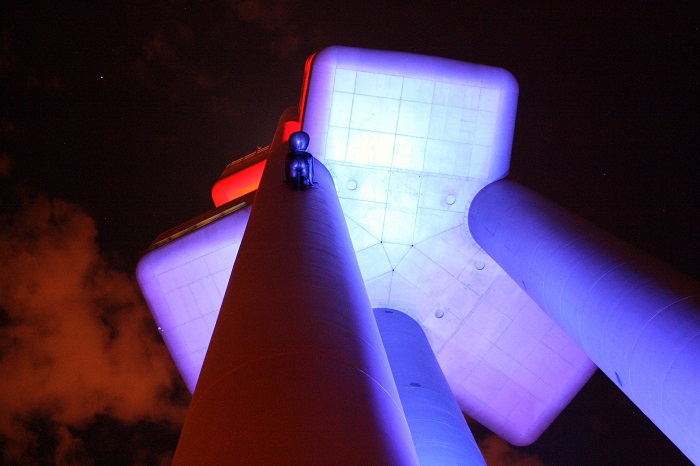 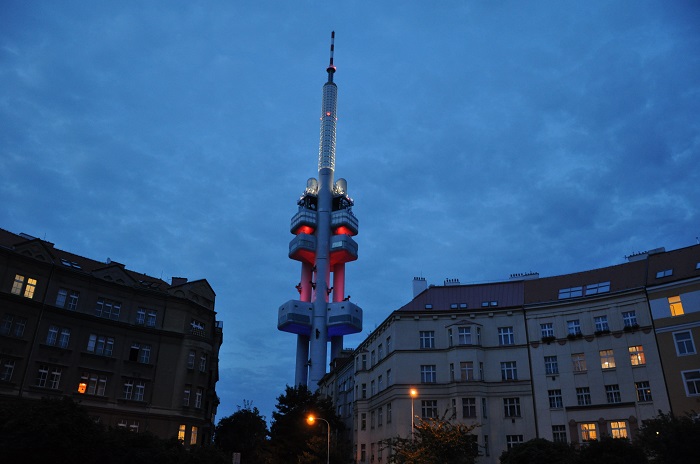 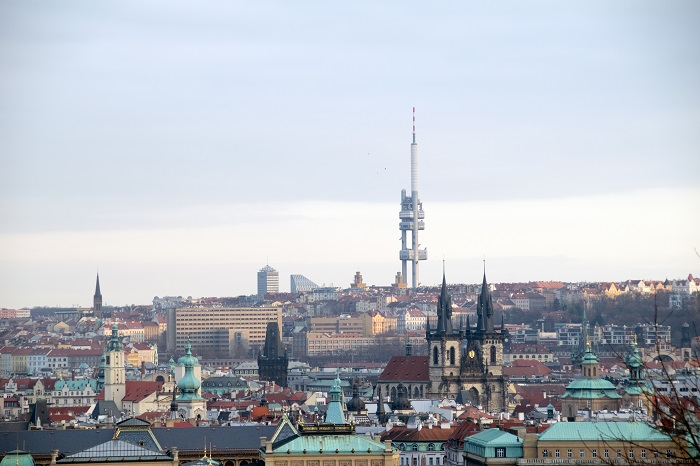