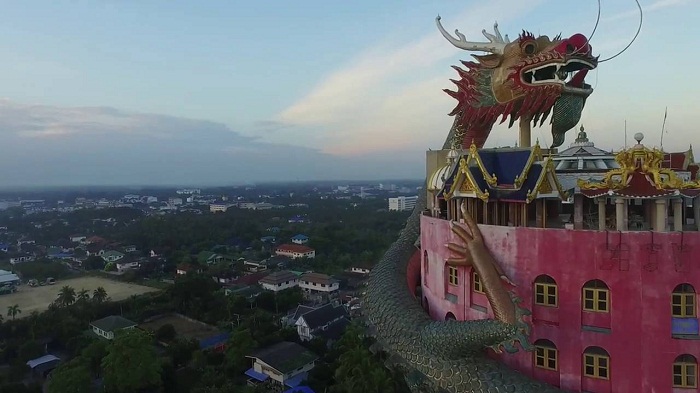 The Wat Samphran Dragon Temple is a 17-storey red tower with a statue of a dragon wound around it, located in the Nakhon Pathom Province, Thailand. 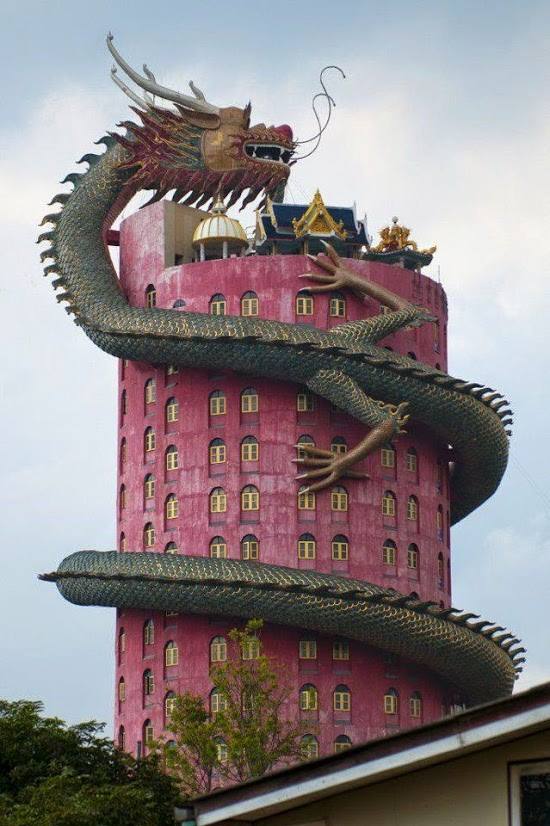 Basically, the building has a giant dragon which is climbing to the roof, and the head is at the top where there is a shrine and, of course, the tail is on the ground floor. The dragon is hollow, so it is possible to walk up some sections of it. The temple is actually a complex which consists of smaller temples and many statues inspired by the Chinese zodiac and dragons. 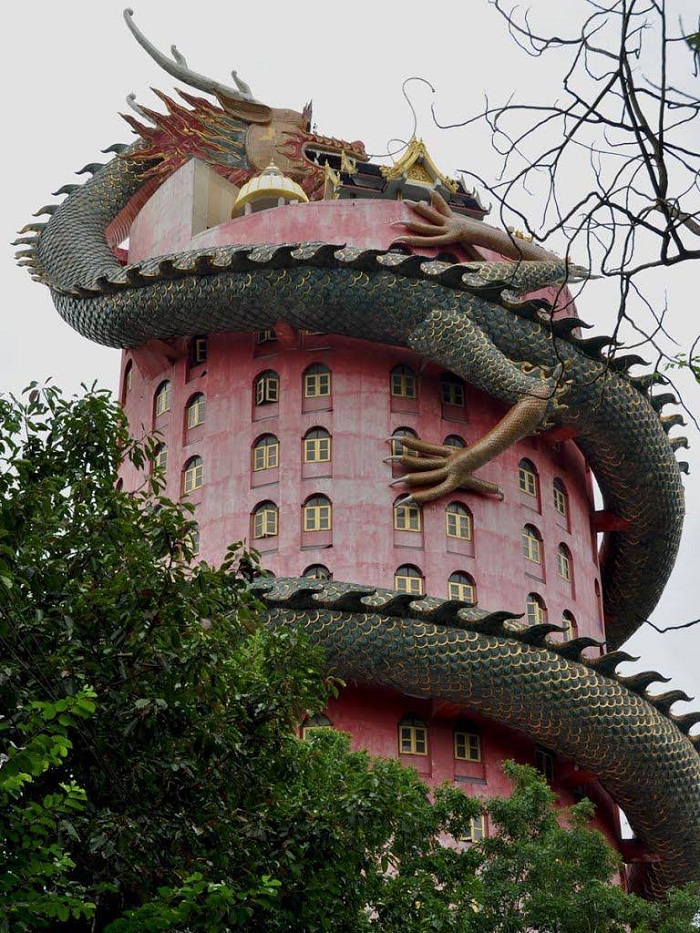 Also, there are many sculptures of other beasts and a giant Buddha made of bronze. Visitors have commented that there are several hidden treasures upstairs and downstairs within the temple so if you ever manage to visit the place, just explore as much as possible. However, its lack of maintenance is apparently due to a bad reputation caused by a rape scandal concerning a Buddhist abbot of the temple in the 80s. 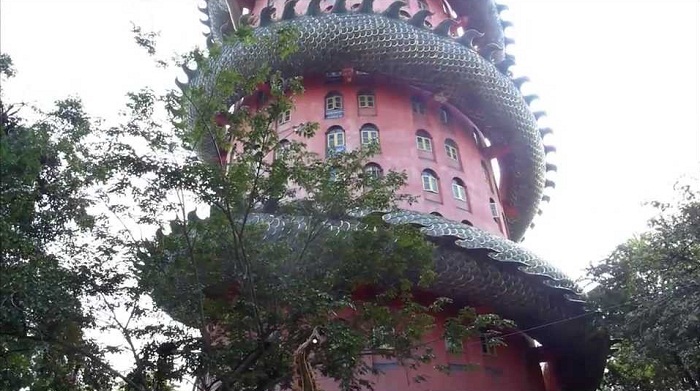 Yet, the monks are very welcoming, and some parts of the temple are not open to the public. The Wat Samphran Temple is rarely featured in guidebooks and is considerably removed from the typical tourist track. So, consider yourself lucky if you hear about it from some local or someone else online. 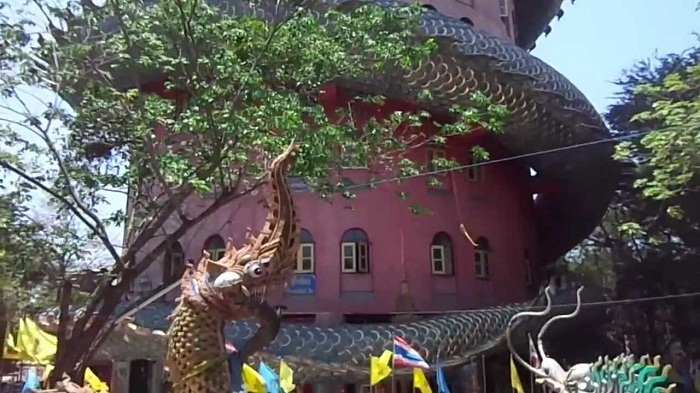 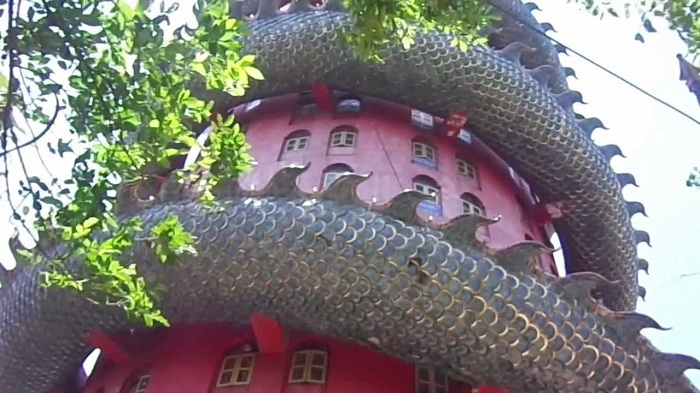