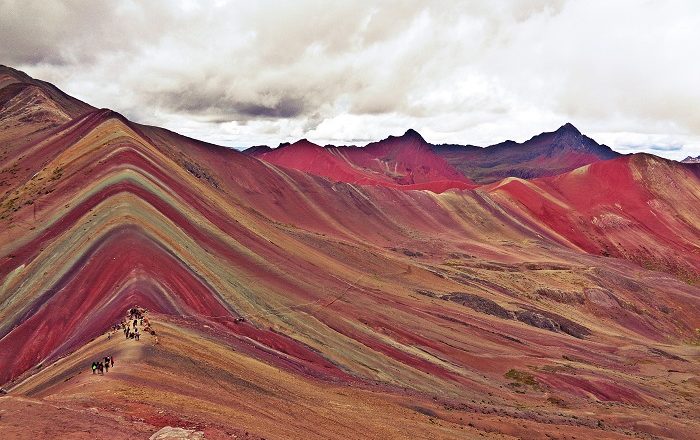 Vinicunca, sometimes referred to as Montaña de Siete Colores, Montaña de Colores, or Rainbow Mountain, is a colorful mountain that is part of the Andes mountains that stretch in the southern part of the Republic of Peru.

Located more precisely on the road to Ausangate Mountain, in the Cusco Region, the mountain is sometimes written as Winikunka, and its altitude reaches 5,200 m (17,100 ft) above sea level. Vinicunca was discovered some time ago, and it was kept a secret until now because it was fully covered by snow.

As the weather was warming up, and the snow slowly melted, it started uncovering the colorful palette of the mountain which was formed by weathering, environmental conditions, and sedimentary deposits over time. 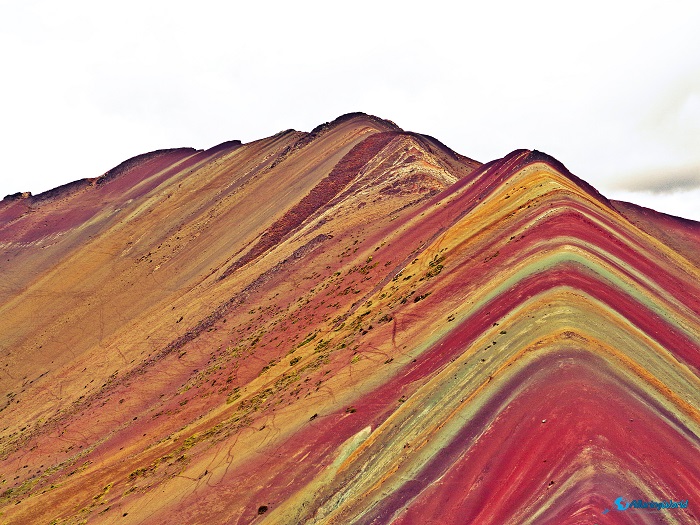 The unique mineralogy that created a marbling effect with layered hues of gold, lavender, red, and turquoise, created a landscape scene that is somewhat similar to Cerro de los Siete Colores in Argentina, although, the Peruvian version is even more interesting, as it is on a higher altitude.

Nowadays being among the top three most-visited places in Peru, Rainbow Mountain enjoys at least 1,500 visitors per day, but as its popularity grows, this number is going to significantly rise. 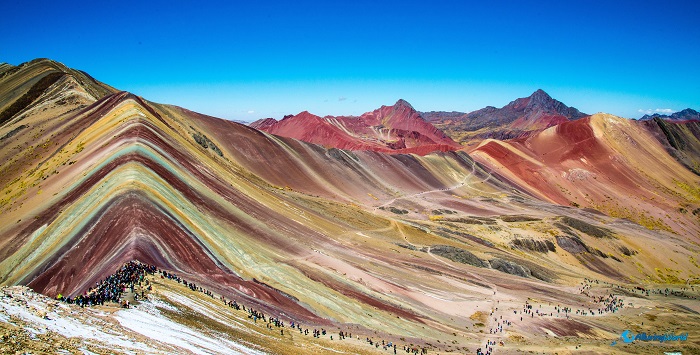 As for the breathtaking beauty the landscape offers, there is a priceless geological value in the dirt, as it is composed of red clay, fangolitas, arilitas, quartzose, sandstone, marls, phyllites, fanglomerate and calcareous sandstones.

Still, no price can be put on the mountaintop view that visitors will have once they reach the top, and as with other places, Vinicunca too is preferable to be seen with guides, although solo hiking can be also done. 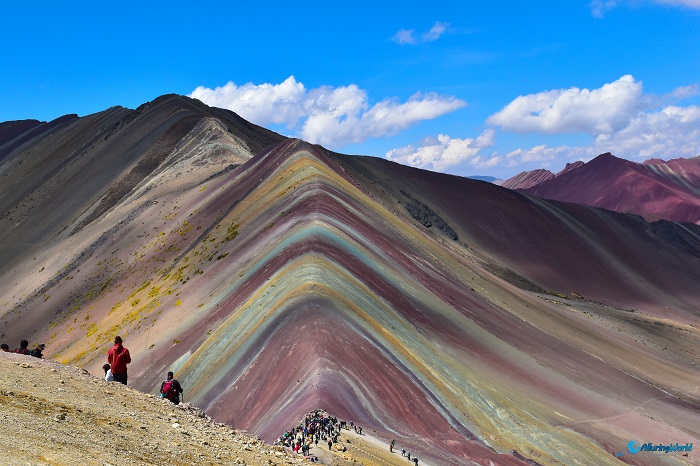 The starting point is Pampachiri, and the hike is usually three hours long, depending on the hiking speed, but as the altitude is higher than usual, some type of cardiovascular exercise is always preferred to be done so that the physical demands the hike requires will be met. 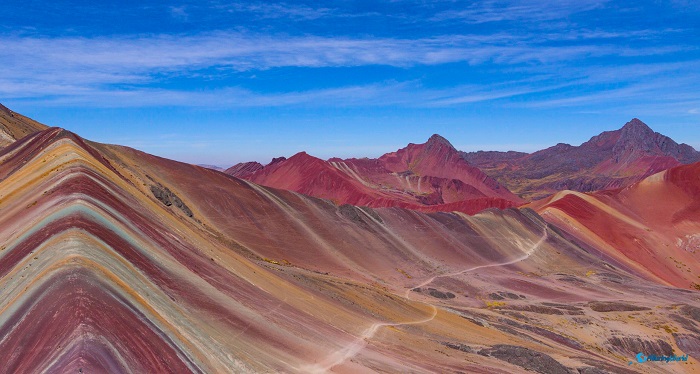 The hike is between 4,000 and 5,000 meters (13,123 and 16,404 ft) in altitude with a path that is not overly demanding, however, due to the altitude, is one of the reasons why specialized guides are needed since the lack of oxygen at high altitude can be very trying on the body. 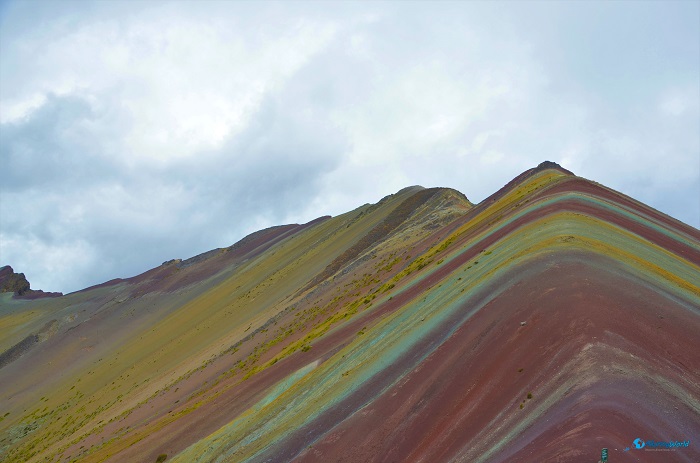 If one has the will to get to the mountaintop but believes that the body won’t keep up with the hike, then an alternative is to rent horses which can be found on several points along the trail, and for around 80 soles can get to the top. 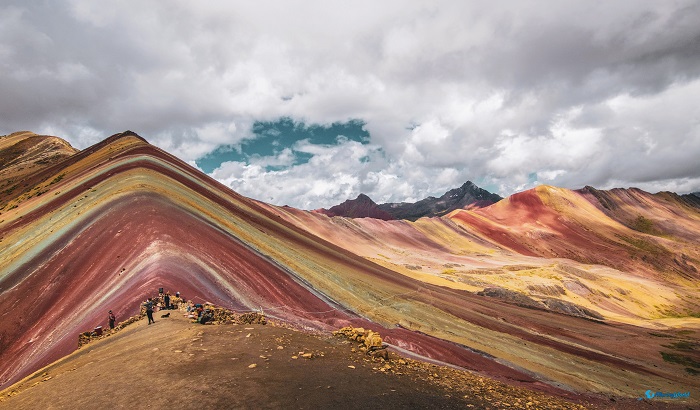 It is always recommended to visit Rainbow Mountain between March and November, with blue skies most likely from June to August, but as it is quite high among the clouds, the weather can change in seconds.

All in all, this is certainly one of the most adventurous places in Peru and South America as well, which will offer each visitor something different from the Peruvian landscape which cannot be replicated in any other part of the world. 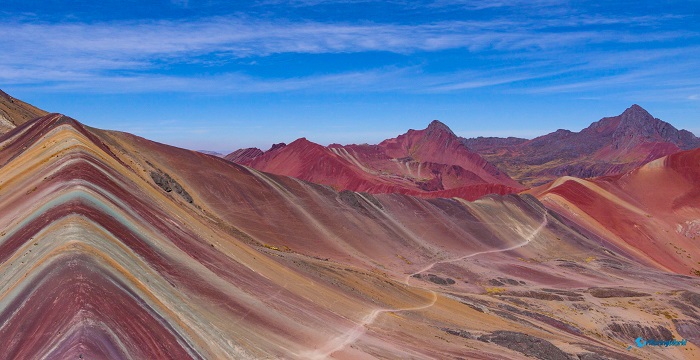 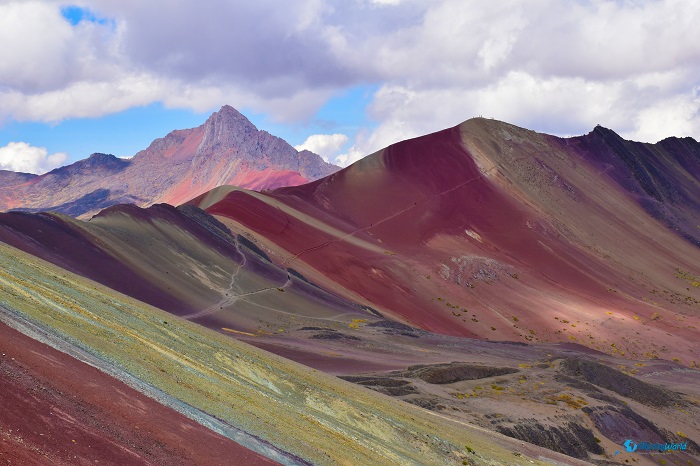