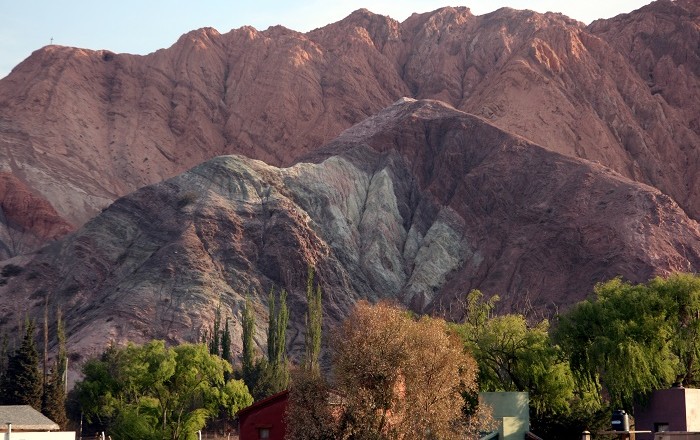 Cerro de los Siete Colores, or as the English translation would be the Hill of Seven Colors, is one of the hills that are part of the western branch of the Quebrada de Humahuaca narrow mountain valley, located in the northwestern part of the Argentine Republic. 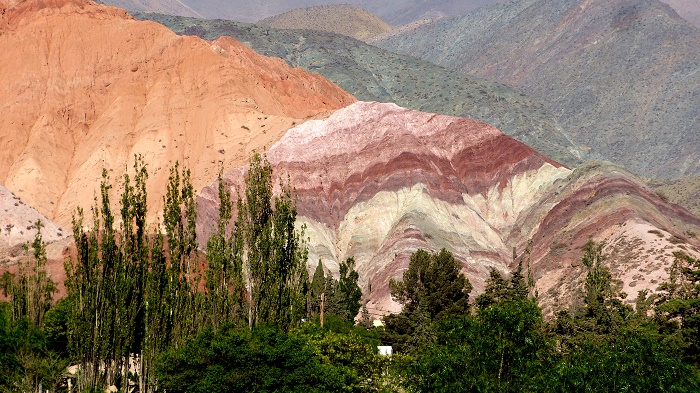 Being located on the Andes Mountains, this alluring place offer varied landscapes and also makes a great magnetic location for visitors. As it is one of the most photographed places in Argentina, there is also an indigenous village called Quebrada de Purmamarca. 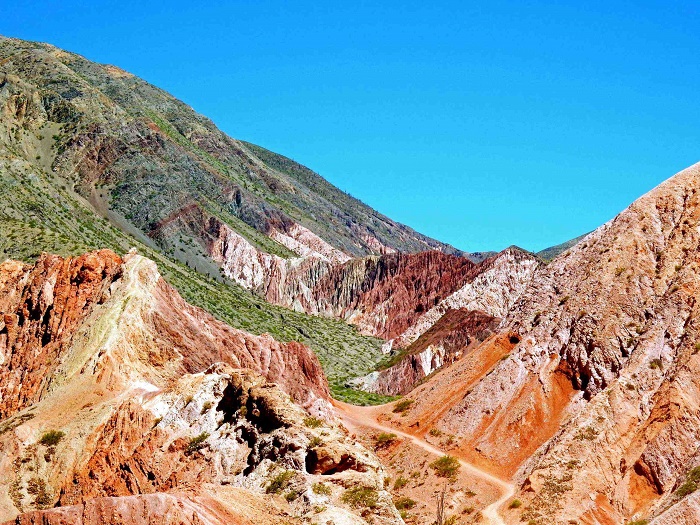 The complex geological history including marine sediments, lake and river movements elevated with the movement of the tectonic plates gave the unique features of this impressive hill. Furthermore, comprised out of 7 different colors, all of which derive from different types of rocks which have been formed during different time periods. 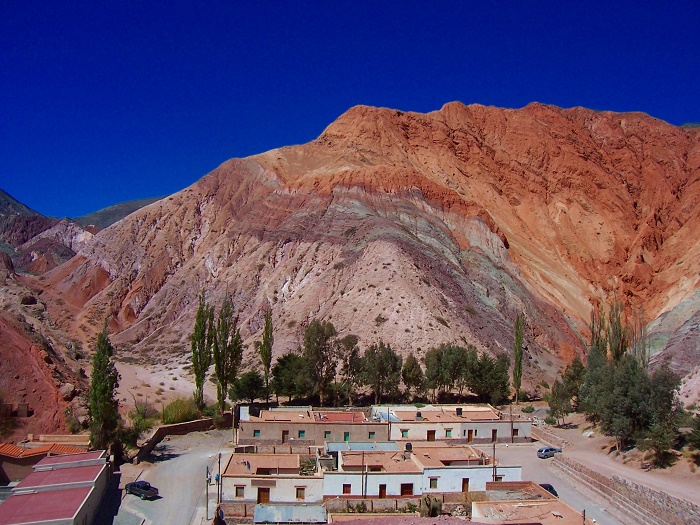 The pink color is said to be composed of red clay, mud-stone and arilitas which is sand, with an estimate of 3 to 4 million years old. The somewhat whitish color comes from limestone and different white sediment, and it is believed to be the second oldest among the colors, estimated at around 400 million years old. 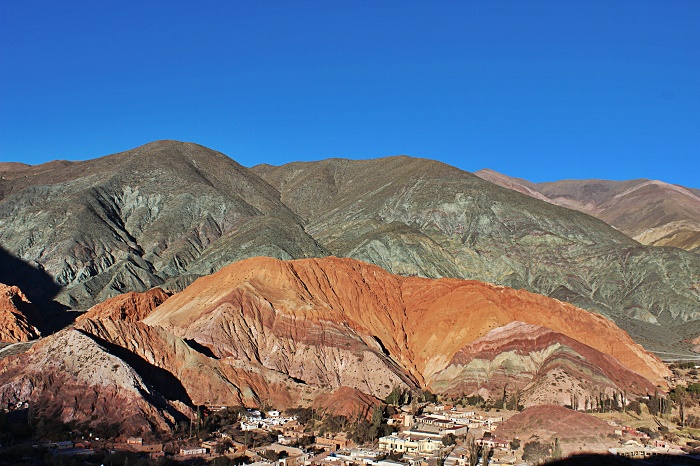 The brown, as well as the purple-brown color are composed of lead and and rich in calcium carbonate, estimated to be between 80 and 90 million years old. The red color in its core has clay-stone (iron) and other clay belonging to the upper Tertiary, with an estimate of 3 to 4 million years of age. 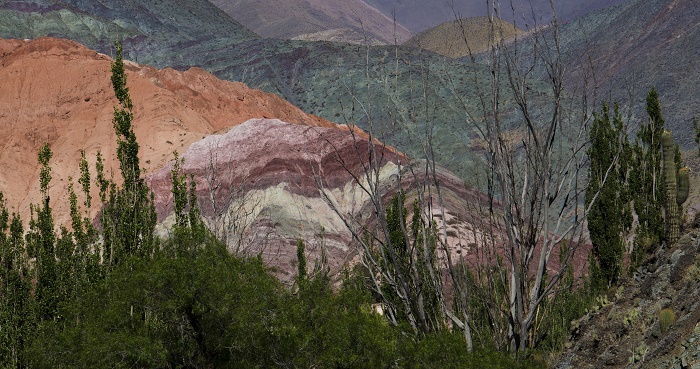 All of this coloring could not be seen around the world as they could be seen here, therefore, the most impressive sight from the ground one could get is when visiting the Cerro de los Siete Colores at sunrise. 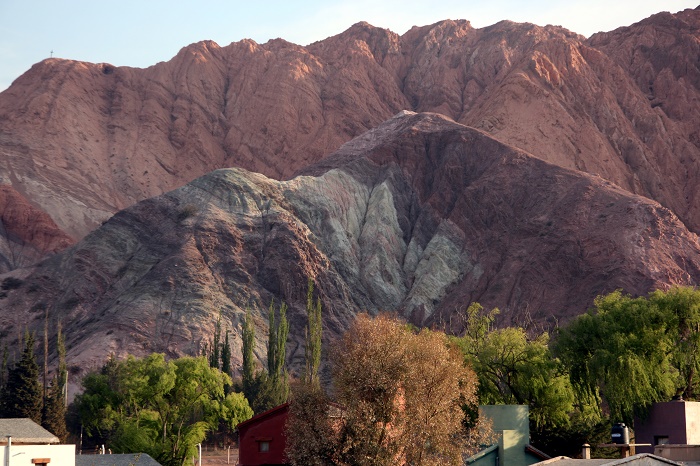 The first rays of the sun then begin to touch the hill, giving extraordinary coloring to the different colors, making it breathtaking place for every single visitor. Nonetheless, people can even hike from the small town next to the hill, and even get a tour guides to learn more about this site. 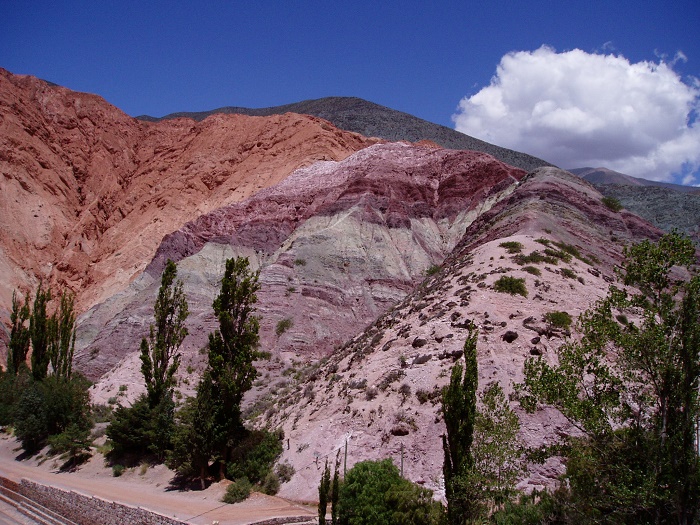 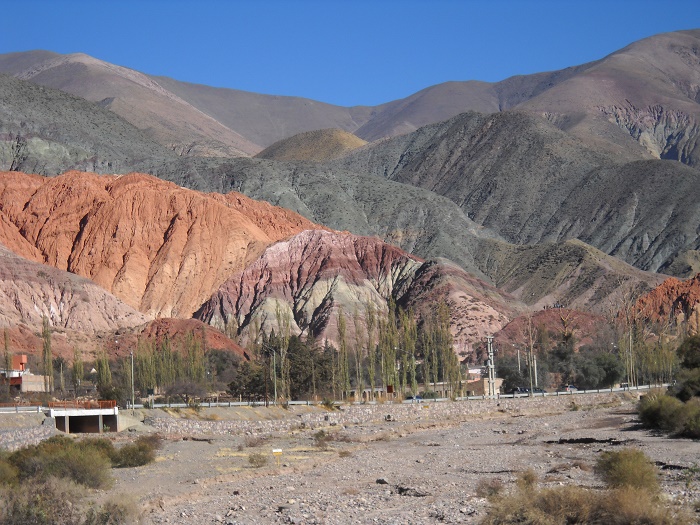 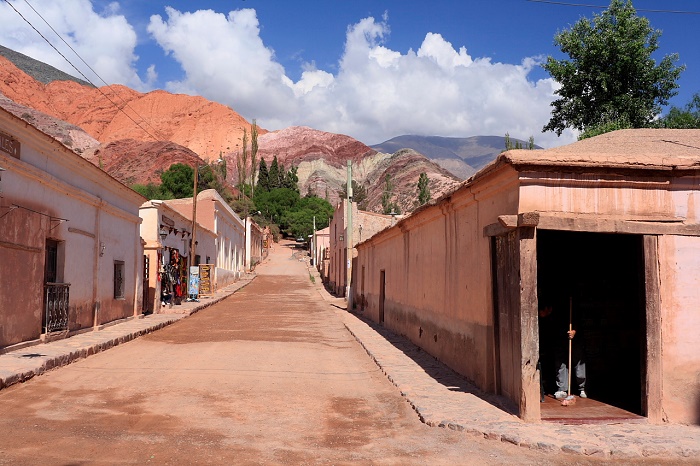