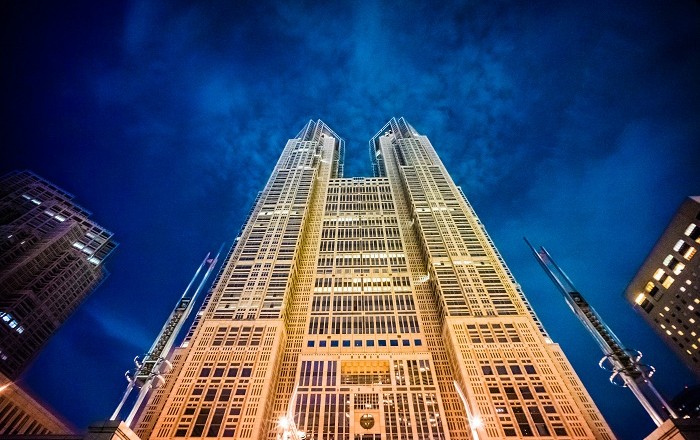 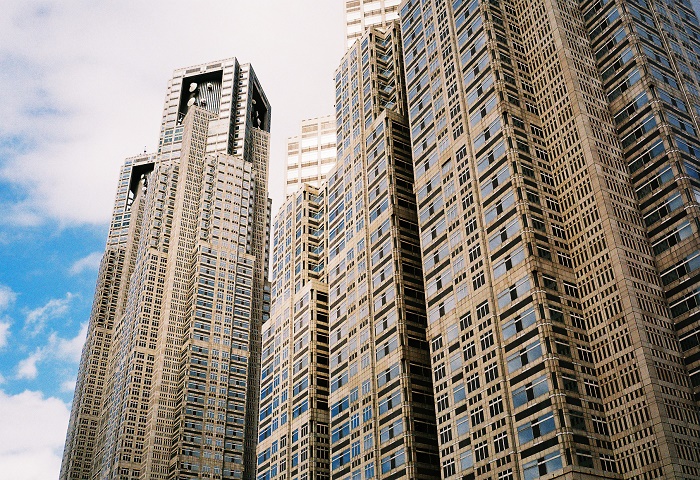 Located more precisely in the Shinjuku special ward, which is part of Tokyo, it governs not only the 23 wards, but also the cities, towns and villages that constitutes the whole Tokyo Metropolis. This interesting pixelated-like enormous building was designed by the famous Japanese architect Kenzō Tange, and with 48 floors it is 243 meters (797 feet) high. 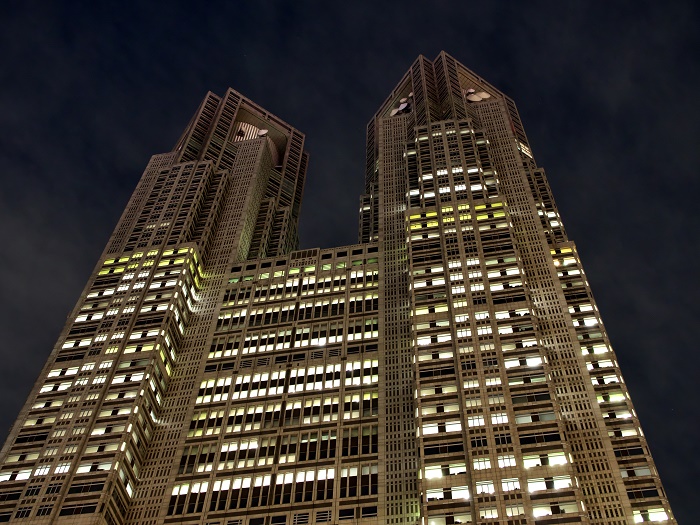 The construction began in April 1998, and the building was completed in December 1990, at an estimated cost of about 157 billion Japanese yens. The building at the opening replaced the old building in which was located previously the Government of Tokyo, and today that building serves as the site of the Tokyo International Forum. 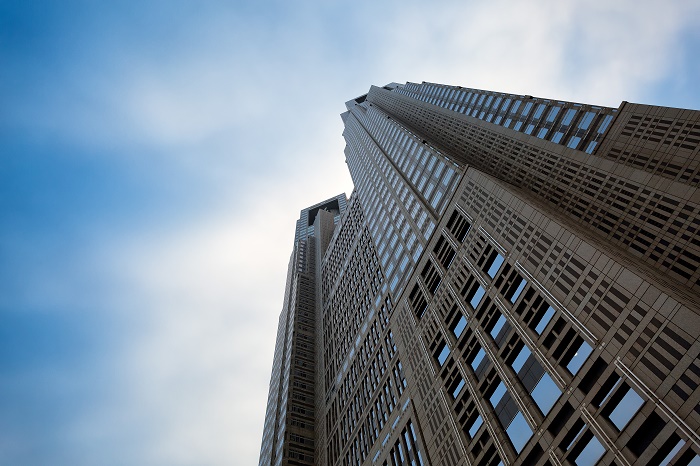 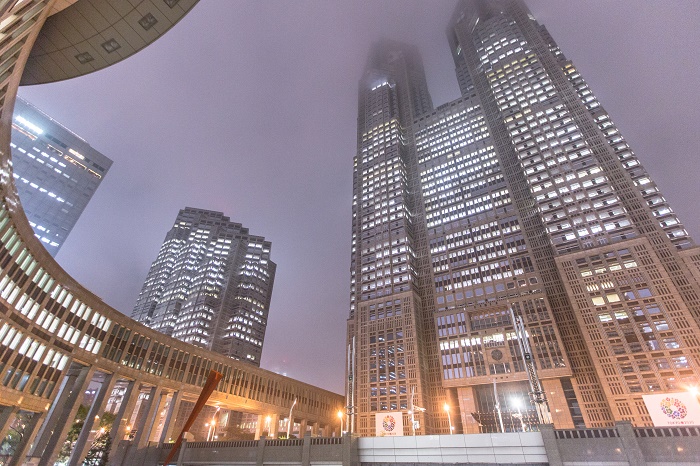 What is interesting about the Building Number 1 are the two sections that split the building in two parts, at the 33rd floor, and make it look more like a Gothic cathedral. At the beginning it was meant to resemble a computer chip, however, there are many symbolic touches to the building, such as the appearance of couple of buildings that are blended into one. 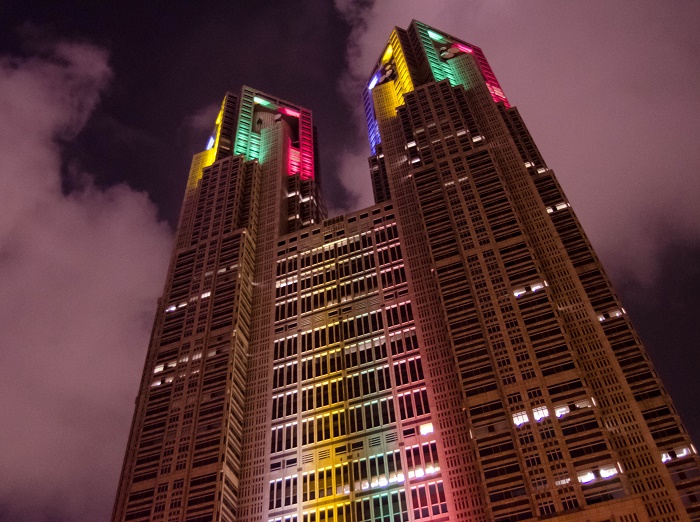 In addition, there are observation decks on both of the twin towers of Building Number 1, which can be reached by an elevator that is located on the ground floor of the building. These observation decks offer quite interesting panoramic views over the never-ending city-scape, where even though it appears that the views are virtually the same, there are some differences. 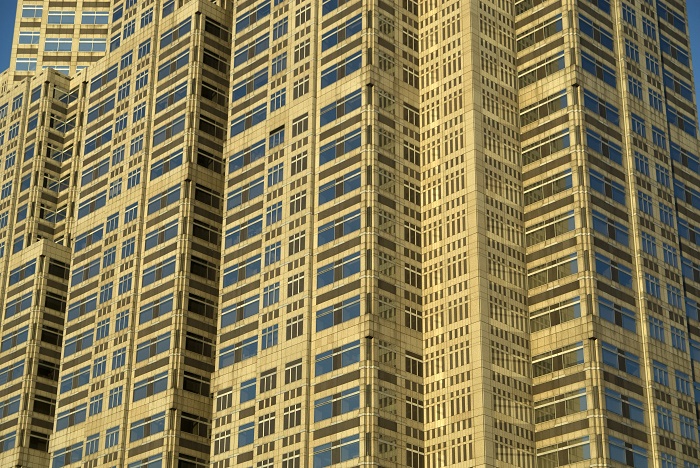 The most interesting is that on a clear day, usually in the mornings, one will be able to see the majestic Mount Fuji, located to the west. Nevertheless, even if it is not famous around the world, within Japan it has appeared in plenty of Japanese science fiction and anime productions, and yet, it represents the whole city of Tokyo. 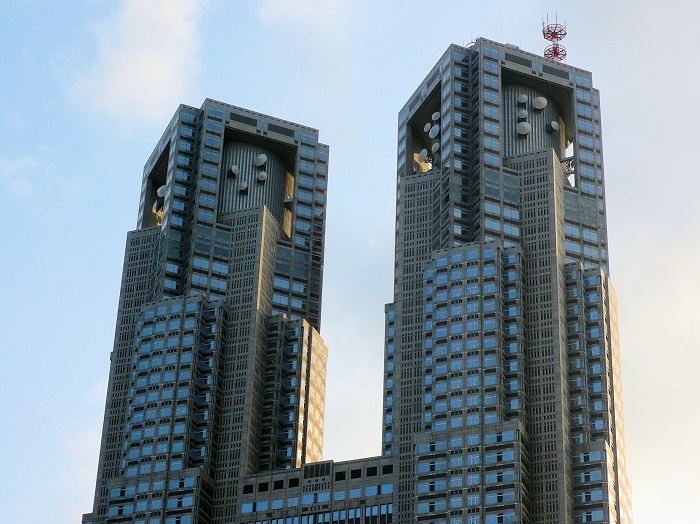 This building is an interesting marvel from Tange, who has done very good work, and it will continue to be one of the tallest structures in the city and to serve the people of Tokyo Metropolis, as it was funded with public money. 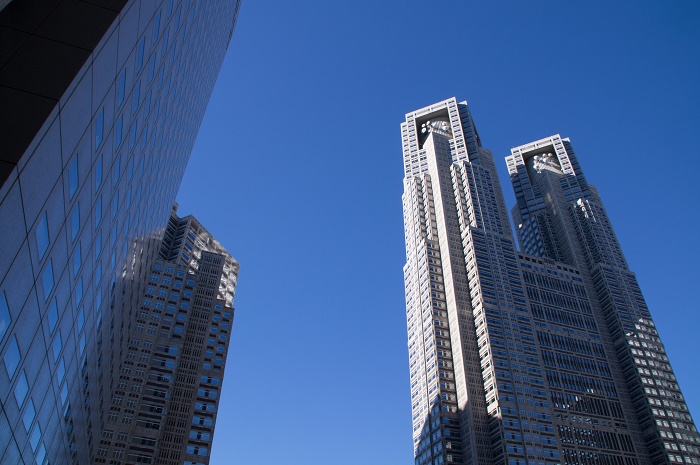 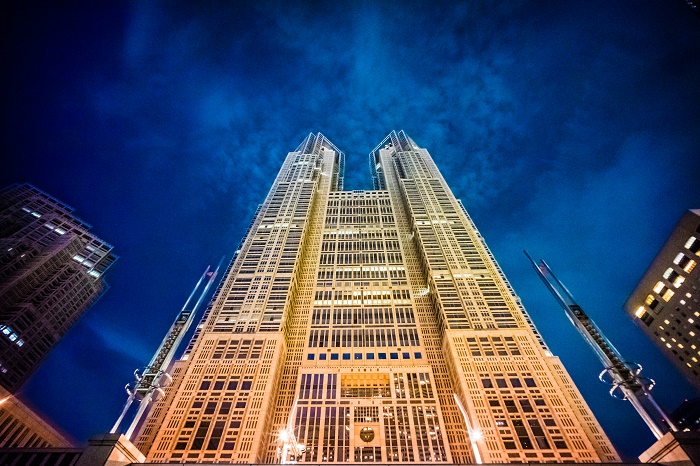 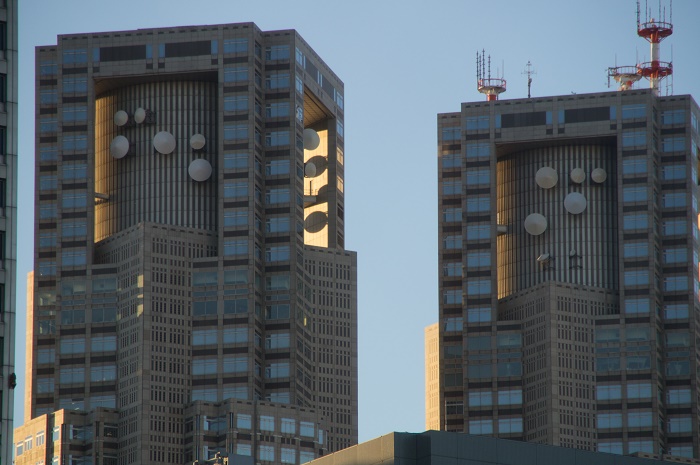